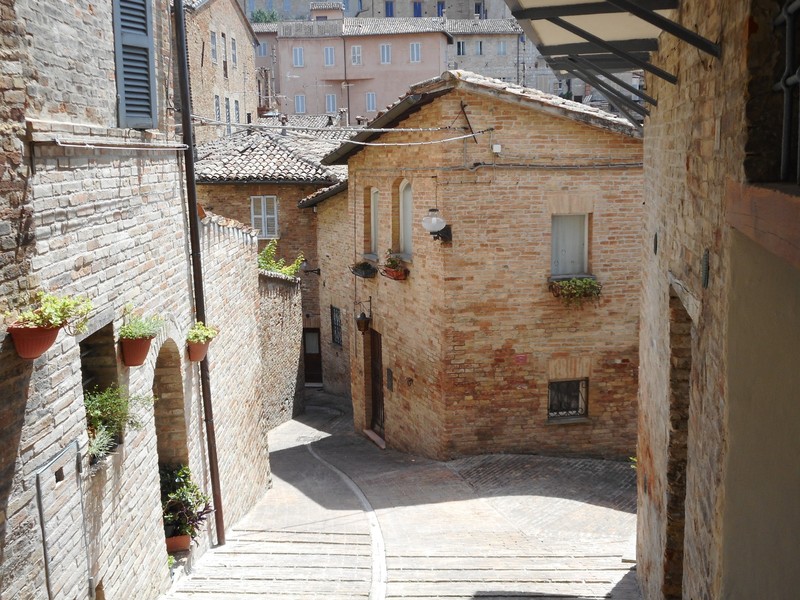 Urbino is a beautiful town in Le Marche region. It is the birthplace of the famous painter Raphael. He was born here in 1483.

You can easily go there by coach from Pesaro, Rimini or from Fano, as I did some months ago. 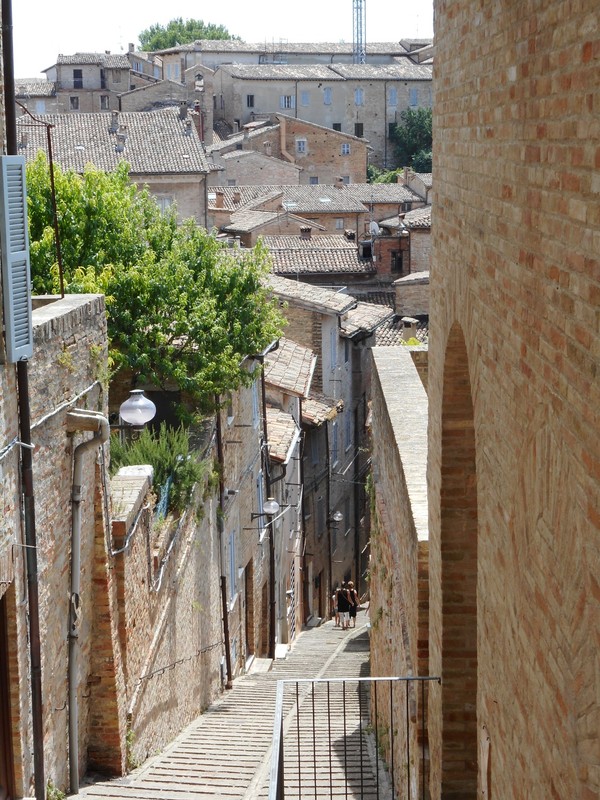 Some streets in Urbino are really steep! 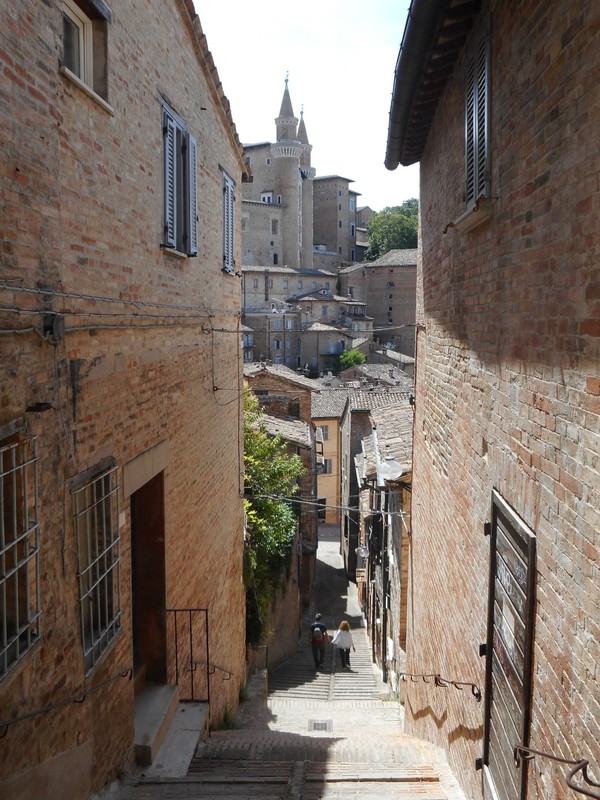 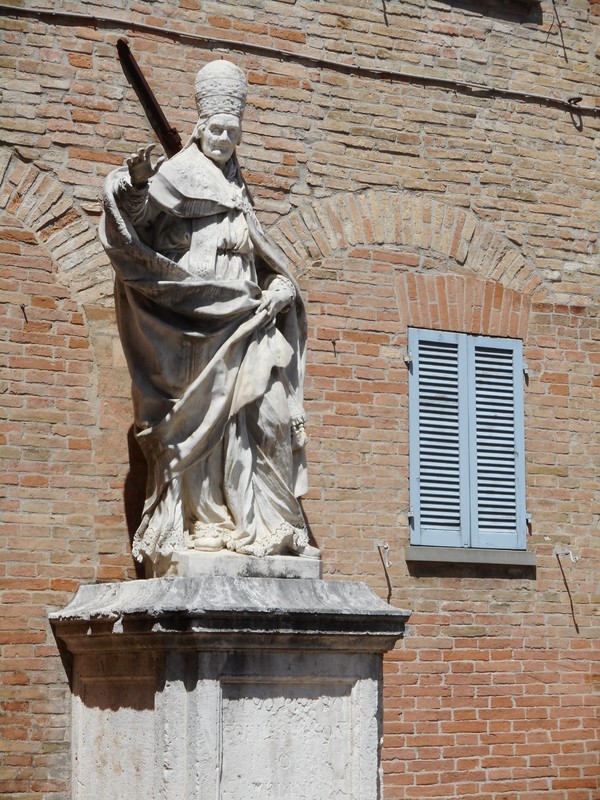 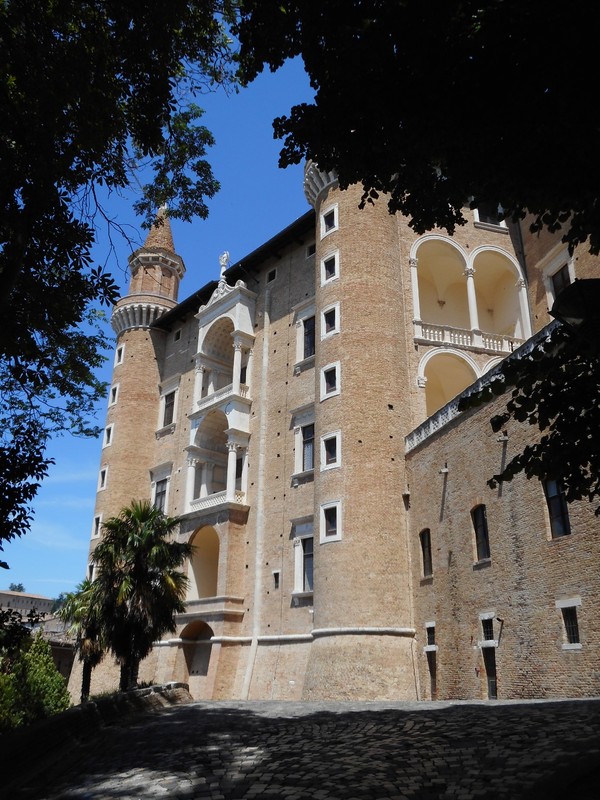 The ducal palace is one of the main sights in Urbino. It was built in phases in the second half of the XV century . In the XVI century it was enlarged. This palace was built on orders by Federico II da Montefeltro. 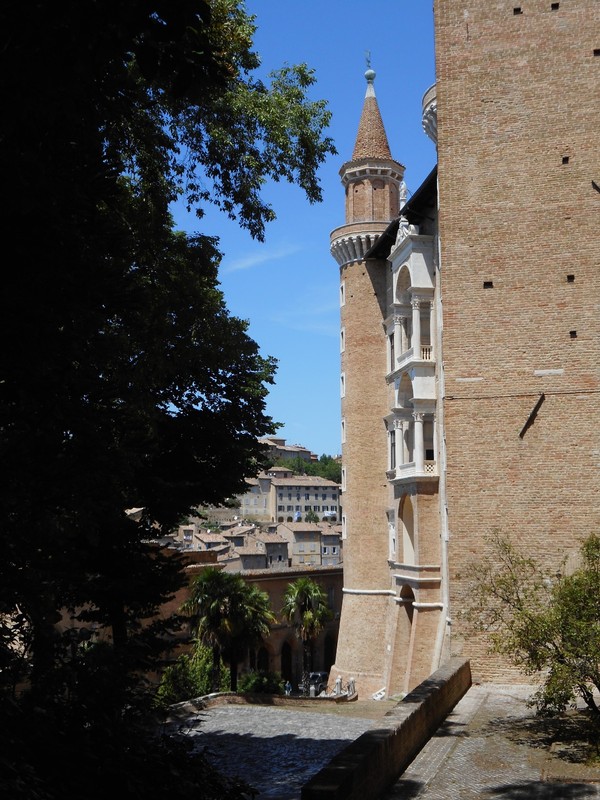 Today the palace houses the Galleria Nazionale delle Marche. This museum includes works by artists such as Raphael, Piero della Francesca and others 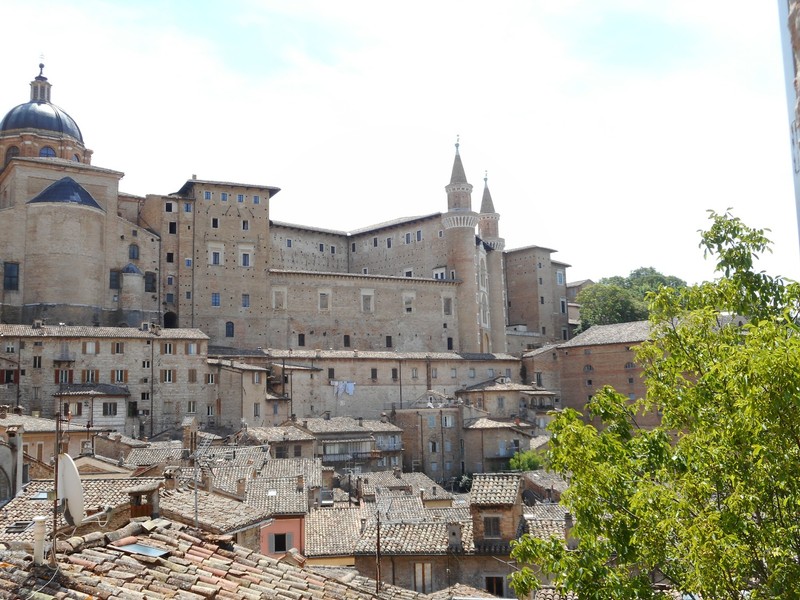 In this picture you can see part of the ducal palace. 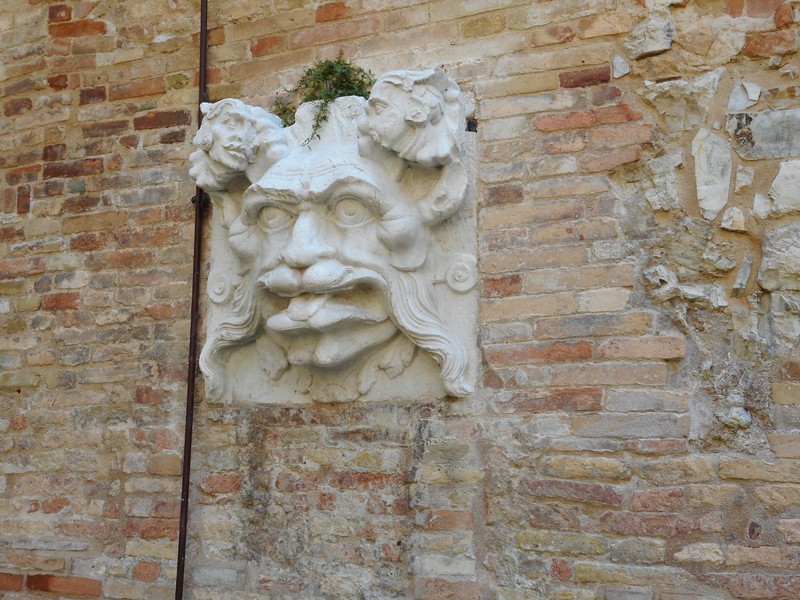 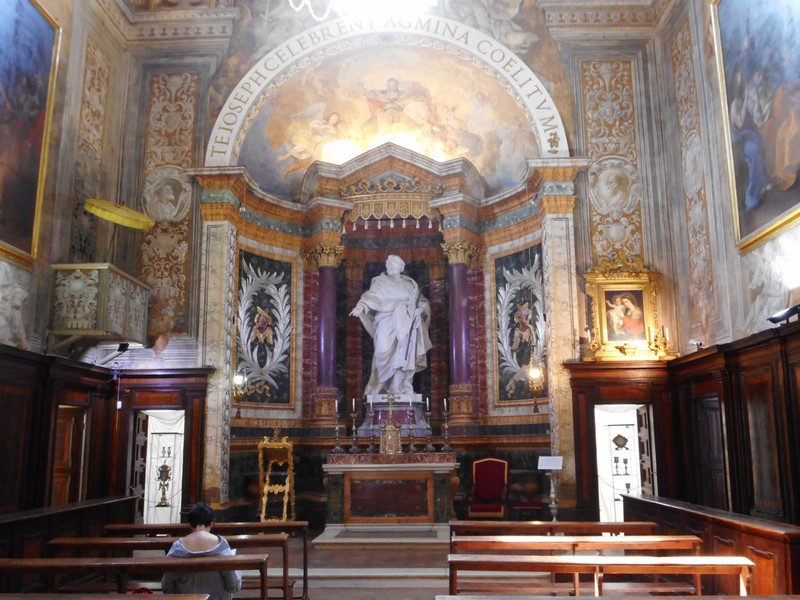 Another sight in Urbino is saint Joseph' s oratory. It was built between 1503 and 1515. It was reconstructed between 1682 and 1689. Inside there is a cycle of frescoes depicting the main happenings about the life of saint Joseph. 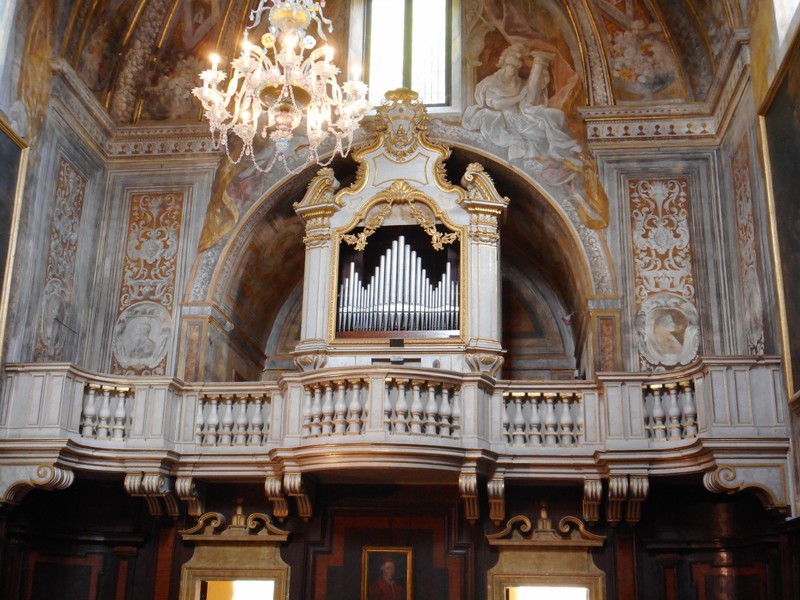 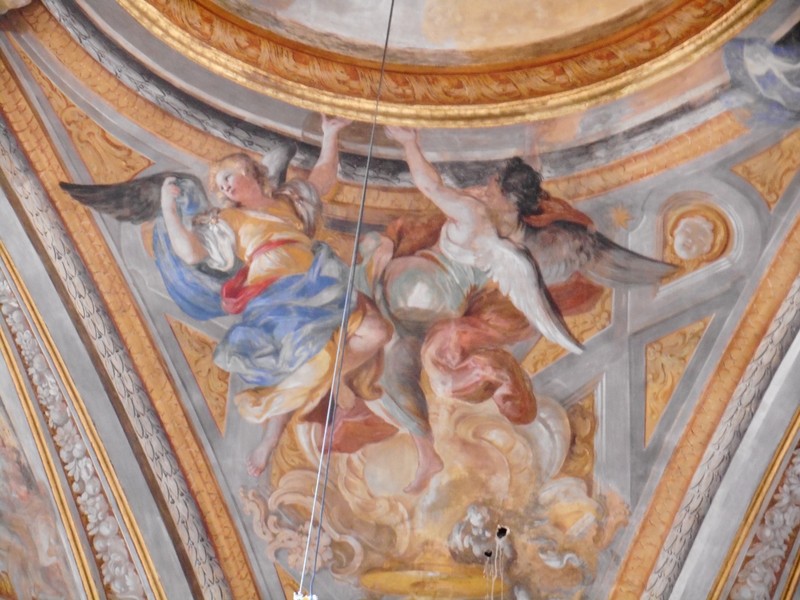 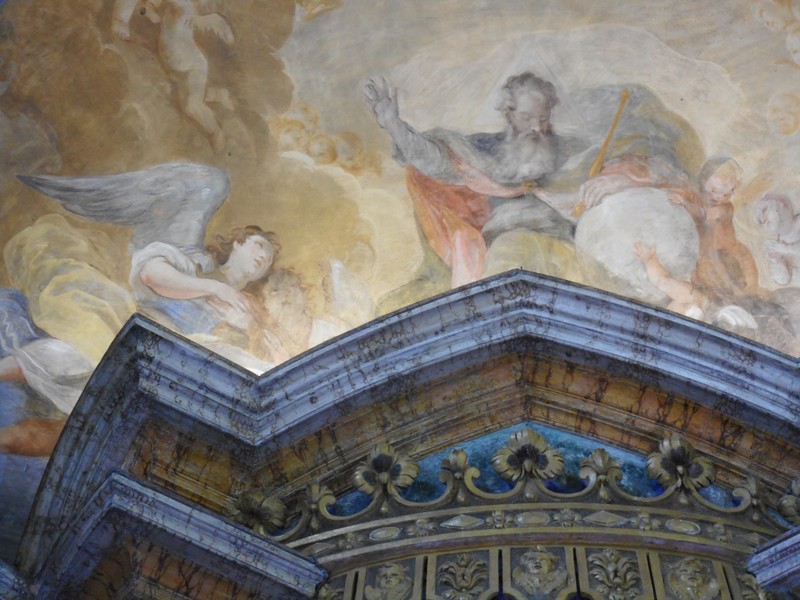 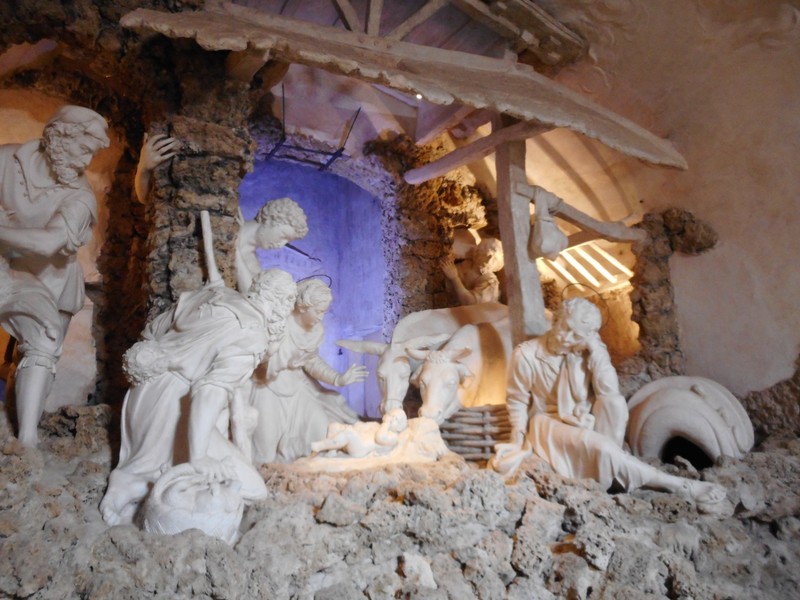 Next to the oratory there is a room with a beautiful nativity scene. The statues were made of plaster and are very tall. This crib was made between 1545 and 1550. 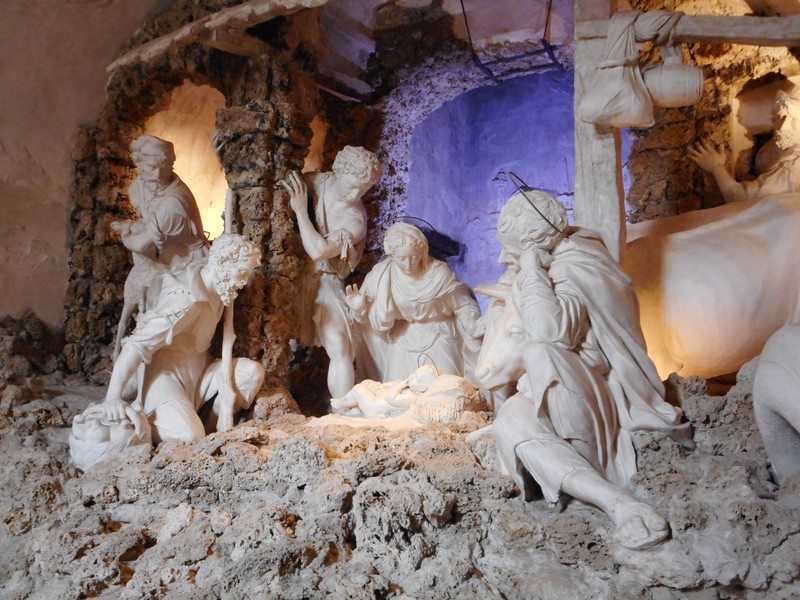 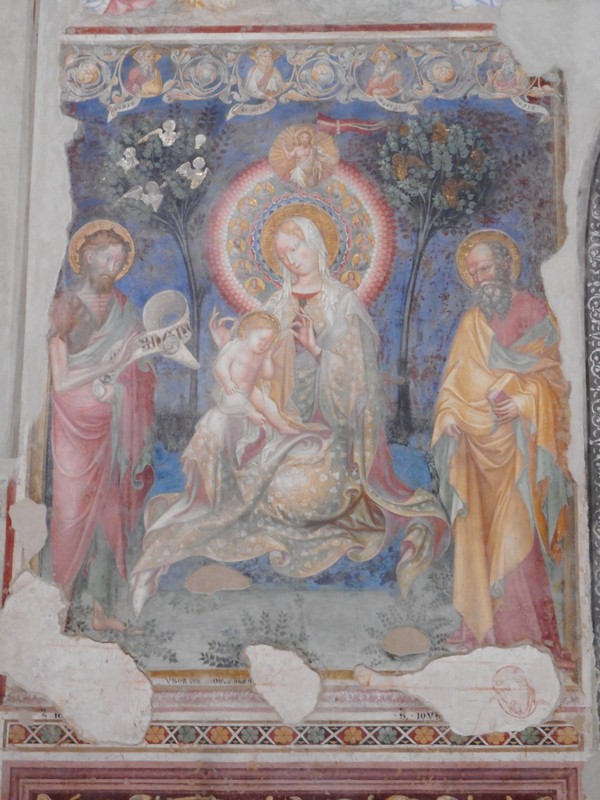 Inside it is decorated with frescoes which date to the 1416. They illustrate the crucifixion and stories of the life of John the Baptist, 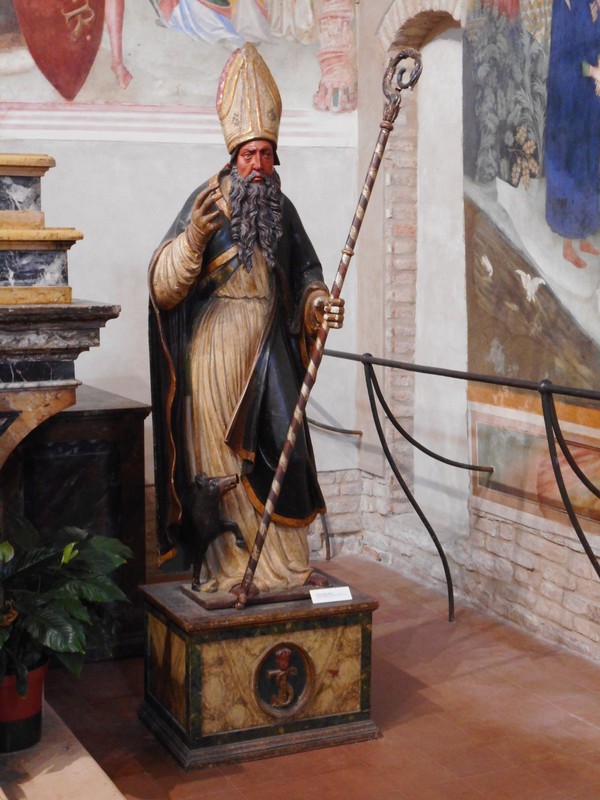 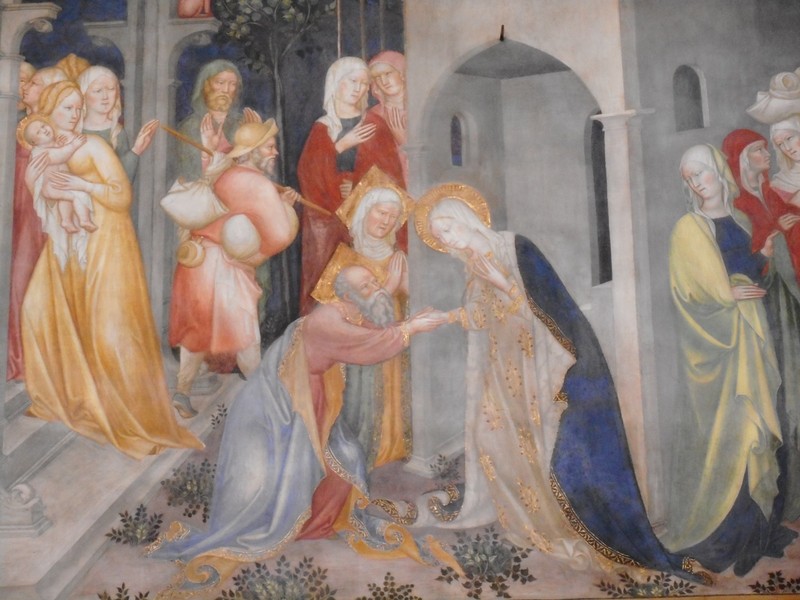 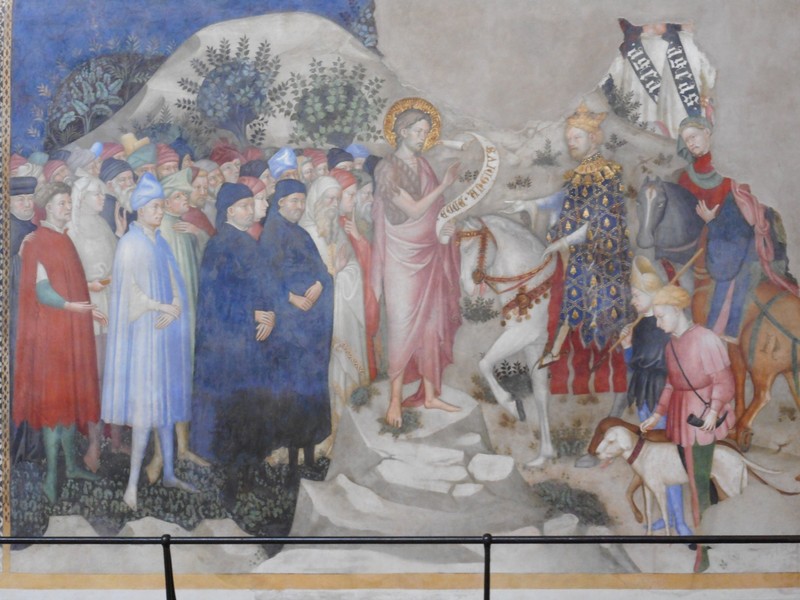 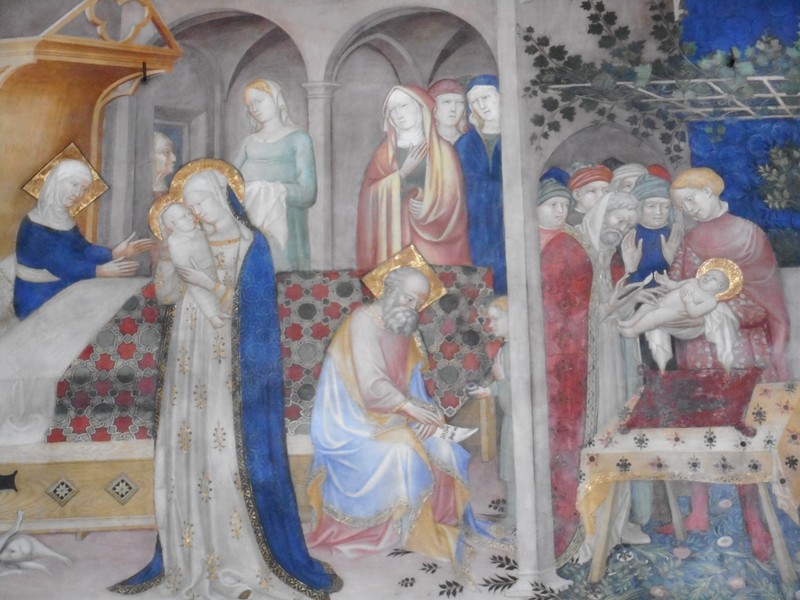 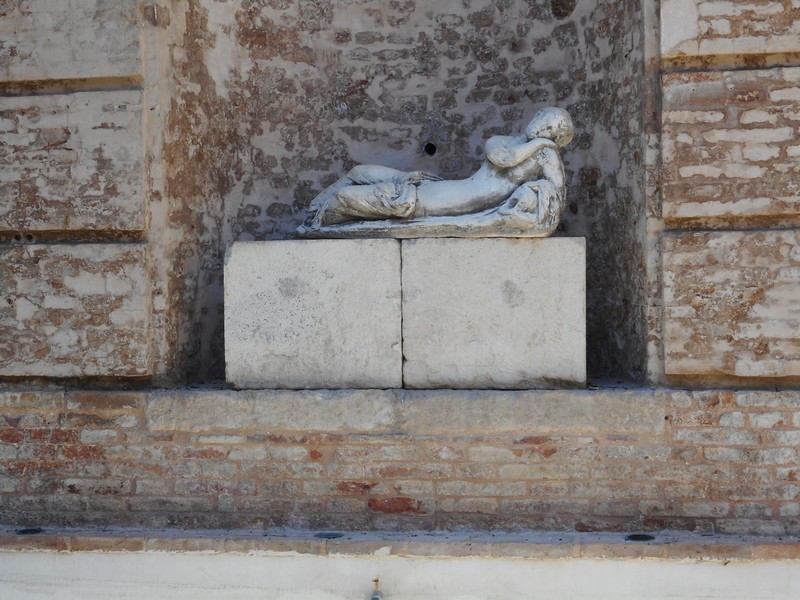 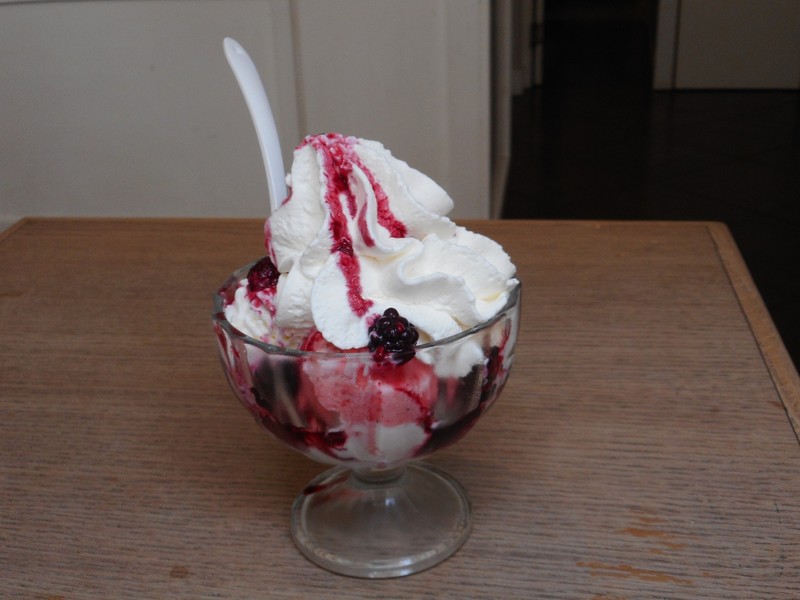 I had a good ice cream at il Sorbetto del Duca both times I visited Urbino. I strongly recommend this gelateria. 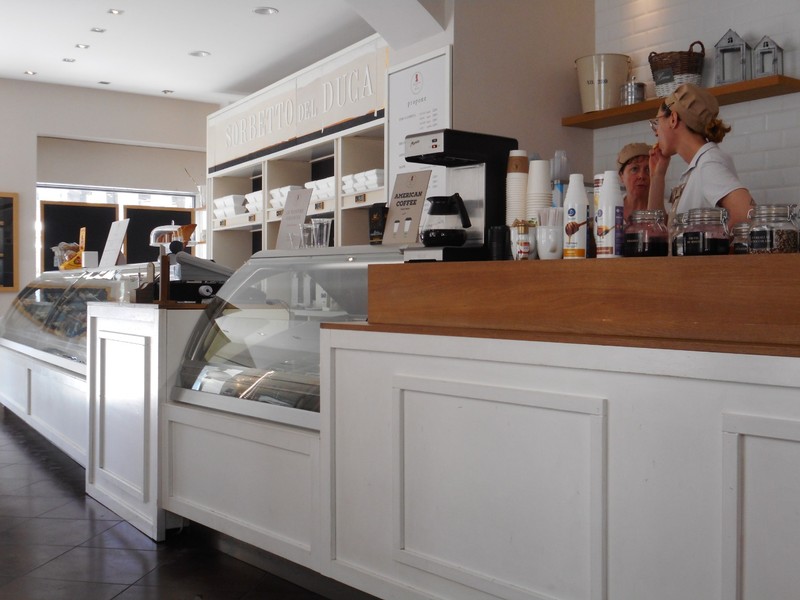 This simple ice cream parlour is situated in via Raffaello at n. 1. Here they serve ice cream as also sweet crepes.