Lake Trasimeno is a very large lake situated around half an hour by train from Perugia. It is bordered by several villages.

There are three islands on this lake. Isola Maggiore, Isola Minore and Isola Polvese. 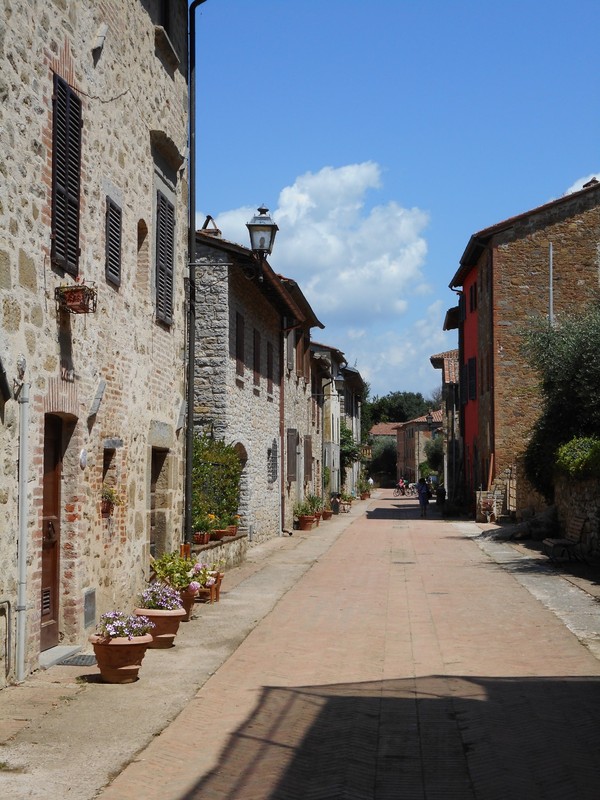 Isola Maggiore is the only inhabited island on this lake. Nowadays the people living there are very few.They shouldn' t be more than 18! There is only a village on Isola Maggiore. Here you can visit some churches, a museum, or maybe two. 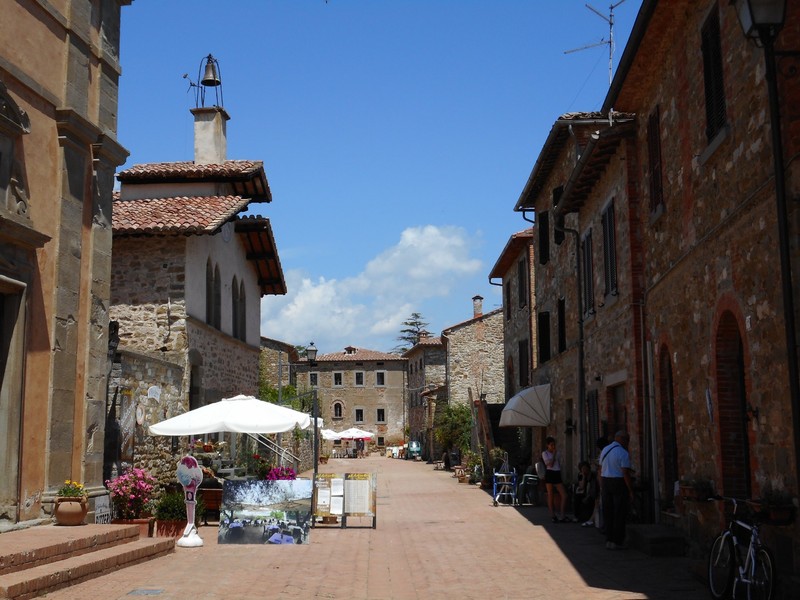 In this picture and in the previous one you see part of the main street of the village; via Guglielmi. 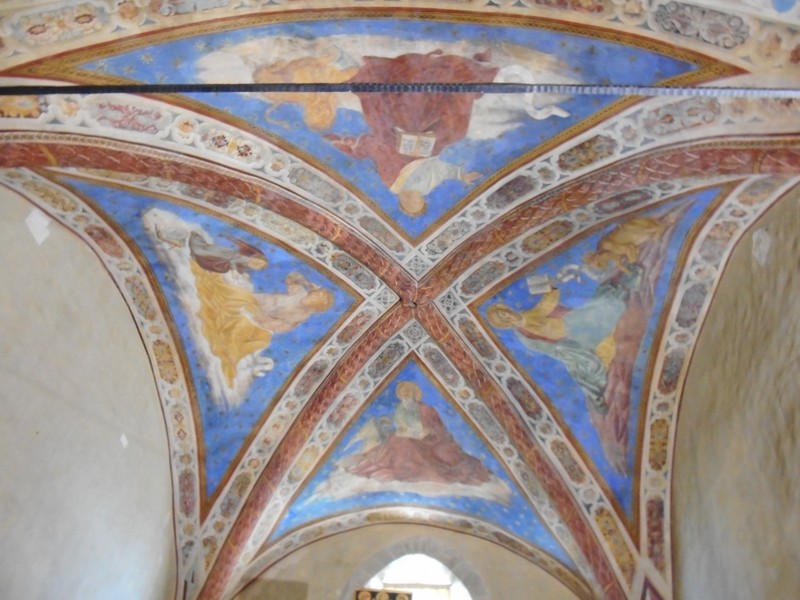 Saint Michael the Archangel church is one of the highlights of this island. This church was probably bulit in the XIII century. It is located on the top of a hill overlooking the village.

This church houses several ancient frescoes. I don' t know why I took only this picture inside this church! Really. Stupid me! 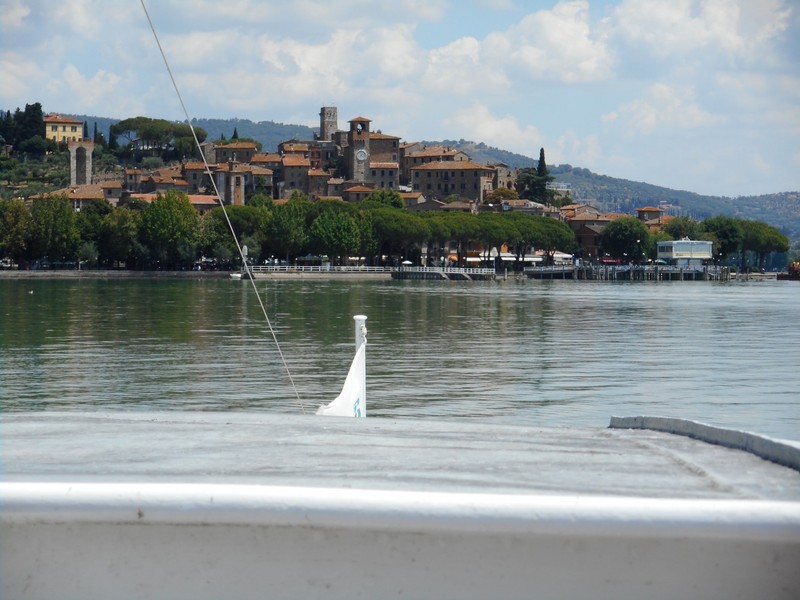 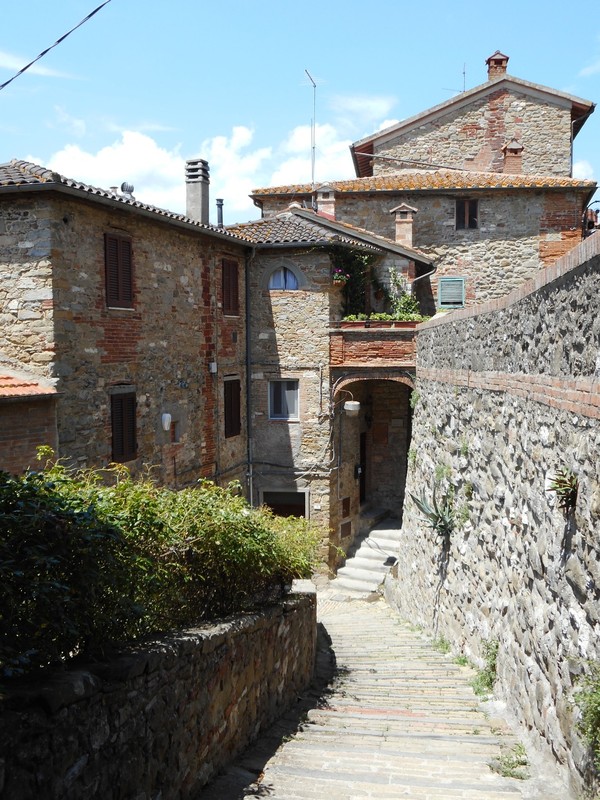 Passignano sul Trasimeno is made of a "modern area" quite near the lake and by a medeval core situated on a hill. 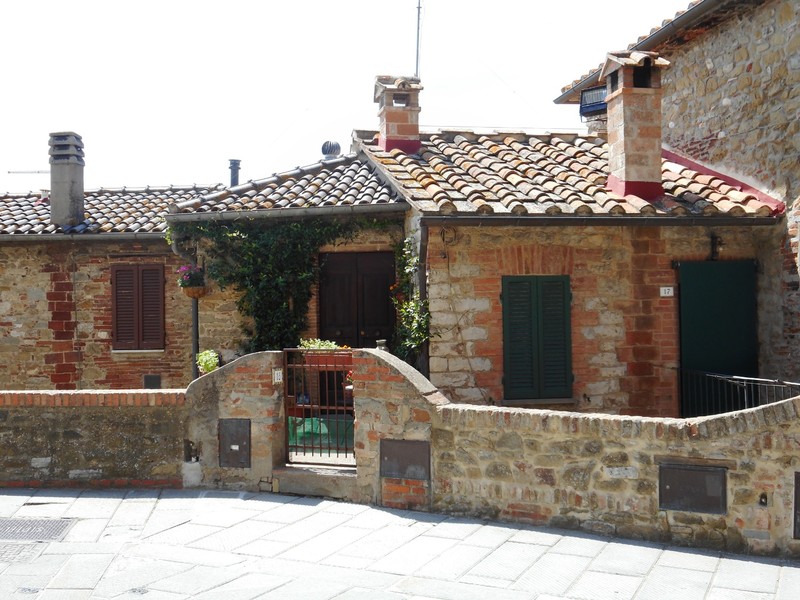 There is a fortress in Passignano. Unfortunately it was closed when I visited this village. This fortress has a museum dedicated to boats inside. 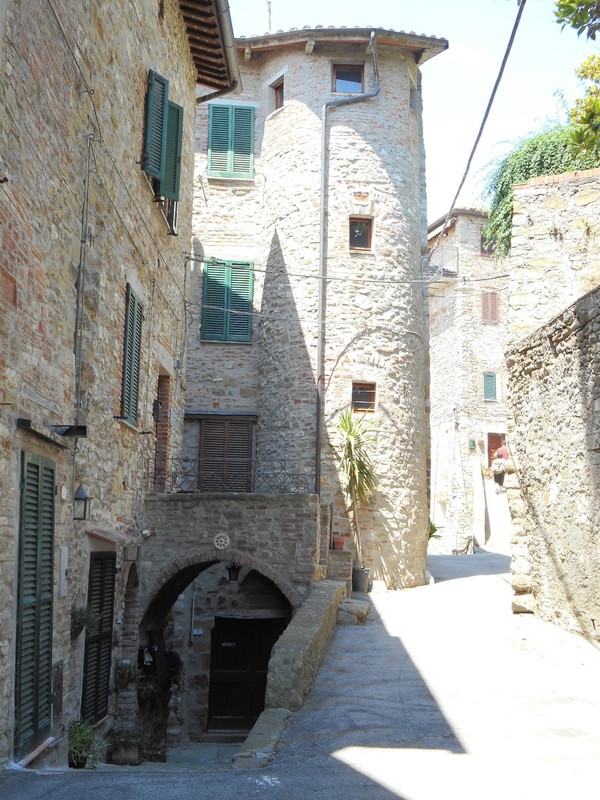 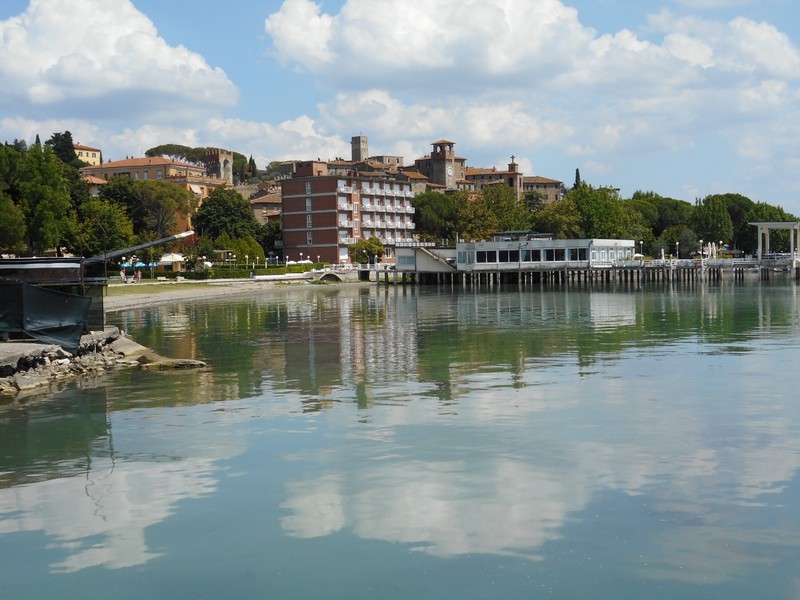 Here you see Passignano from afar. 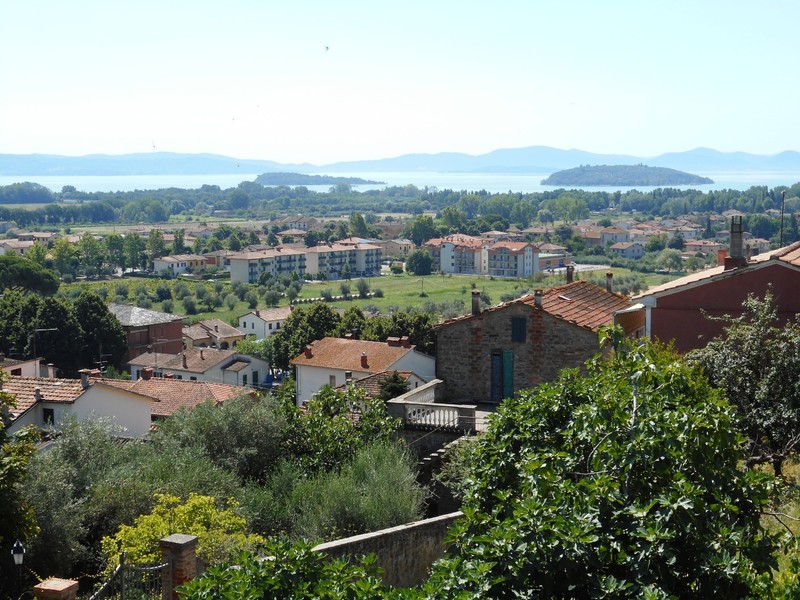 I didn' t like much Tuoro sul Trasimeno. This village is popular because Hannibal defetead the Romans in its area...some years ago.

The center of this village is located very far from the lake, so I had to walk a lot to get there.

In Tuoro there is a museum about the battle. I didn' t visit it, so I am not able to write anything about it.

In this picture you can see a landscape from Tuoro sul Trasimeno. 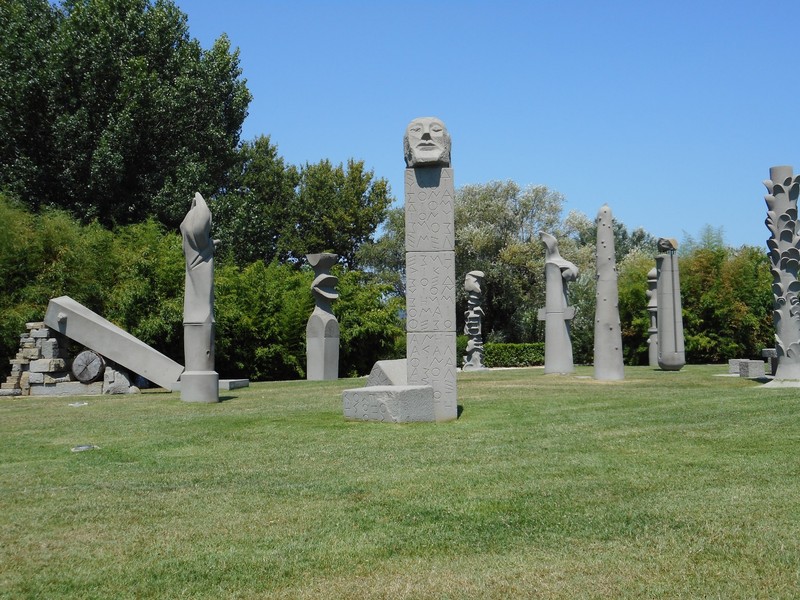 The only thing I liked in Tuoro sul Trasimeno was a series of beautiful and tall statues. Its name is Parco Campo del Sole (i. e. sun' s field). This area was created at the end of the 80' s 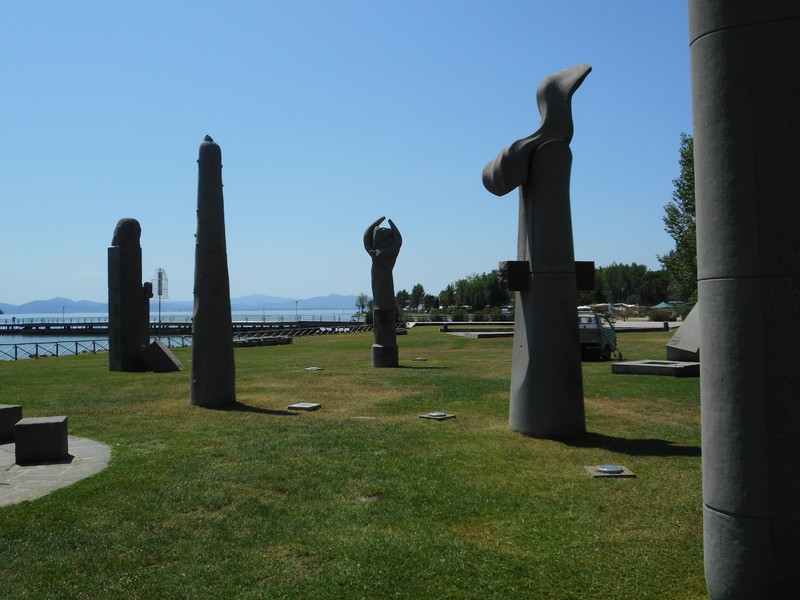 As you can see the statures at Campo del Sole are shaped as totems. I think I have read that this serie of statues should represent the battle of Trasimeno. 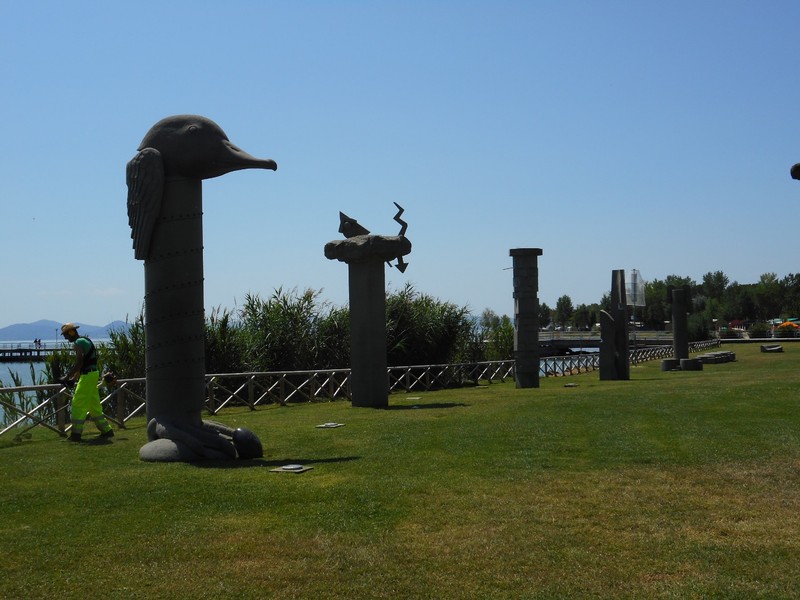