A couple of places I visited in Vicenza some days ago.

A visit to a pilgrimage site and to a beautiful mansion.

Some days ago I did a day trip to Vicenza with a group. This is a very active group of retired people. I joined it mostly in order to be allowed to participate to their trips. 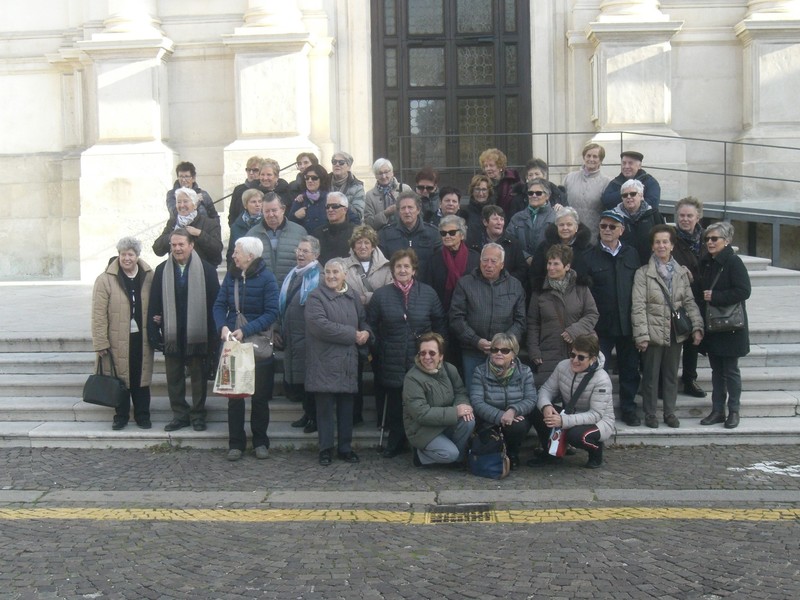 We visited two interesting places in Vicenza. The Basilica on Monte Berico and the Villa Valmarana ai Nani.

The Monte Berico basilica has been a pilgrimage site since a long time. It originated following a couple of apparition of the Madonna on this spot.

According to the legend; the Virgin appeared on Monte Berico to a woman to announce that Vicenza would have been spared from the plague if a church dedicated to her would have been built there.

Then a church was built in 1428. It was enlarged by Palladio in 1578, but this addition was destroyed in 1688. Between 1688 and 1703 it was enlarged again. This is the church we see today. The original church is still there. It was incorporated inside the "new" building.

This church is richly decorated inside. There are several paintings by famous painters. You surely won' t miss an ancient statue of the Virgin; built in stone. It was sculpted around 1428. It is on the main altar. 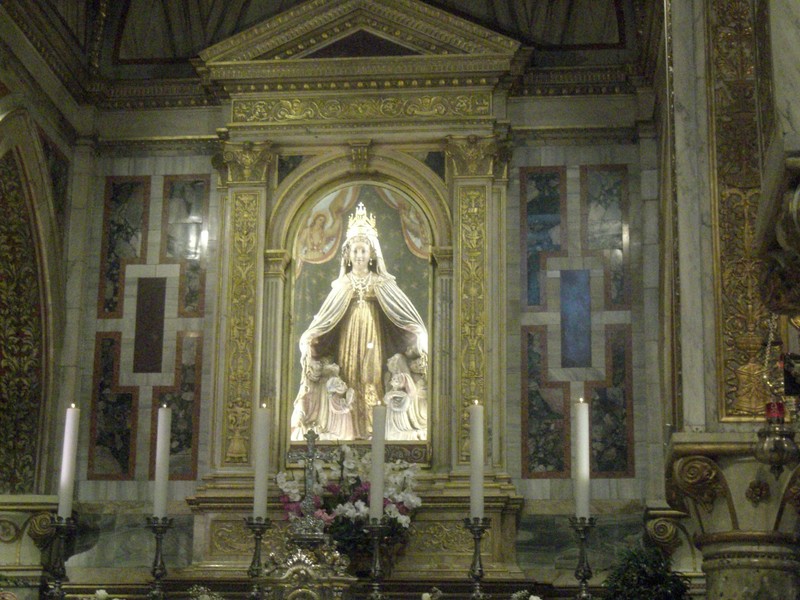 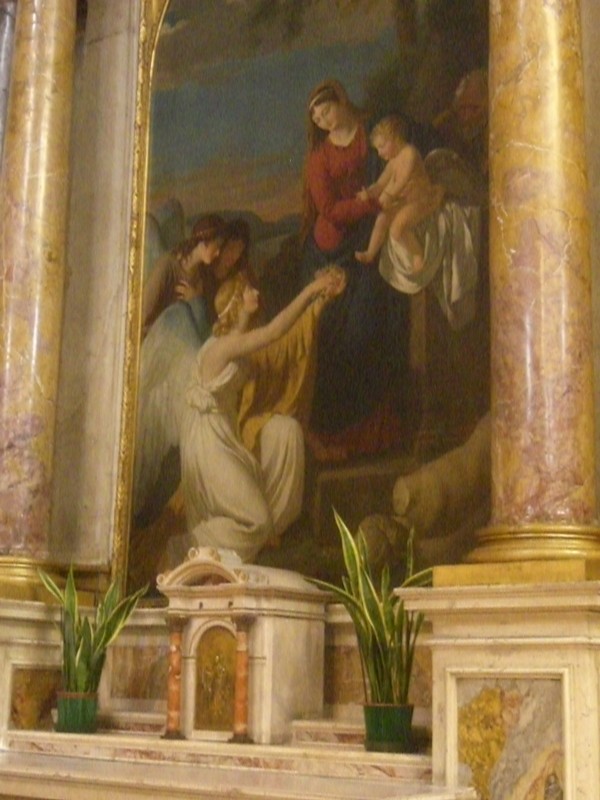 Opposite the church's eastern facade you see a very large square; piazzale della Vittoria. You can enjoy a beautiful landscape over Vicenza from there.

After our visit to che church we had a long stroll to a mansion. Villa Valmarana ai Nani (dwarves).

According to a legend the mansion was named "ai nani" beacause the owners daughter was a midget, so they decided to hire some dwarves in order not to feel her different form the other people.

One day the girl met a prince and she realized to be different from the other people. Then the girl threw herself from the house and died. The dwarves were then transformed into statues. 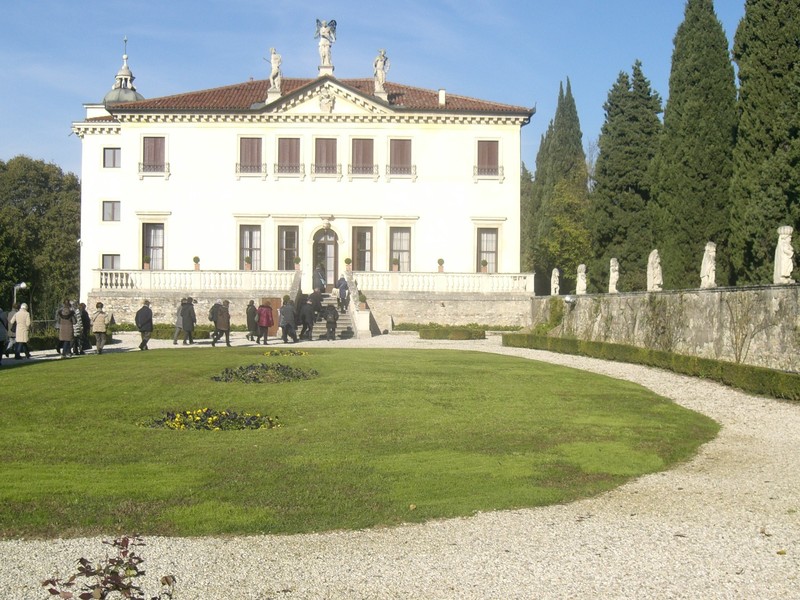 The first buliding of this mansion was completed in 1670. In 1720, the property (the mansion, the foresteria (a building to house guests), the barn and the garden) was sold to the Valmarana brothers.

Both the mansion and the foresteria were decorated with frescoes in 1757 by two famous Italian painters; Giambattista and Giandomenico Tiepolo; father and son.

Most of the frescoes are well preserved as you can see from my pictures. I have read they were taken off the walls to avoid the wars damages.

Our visit begun into the mansion also called "Palazzina". Inside it was decorated with frescoes by Giambattista Tiepolo (the father). They depict scenes from the Iliad, the Aeneid, the Orlando Furioso, the Jerusalem Delivered and from the Ifigenia' s Sacrifice. 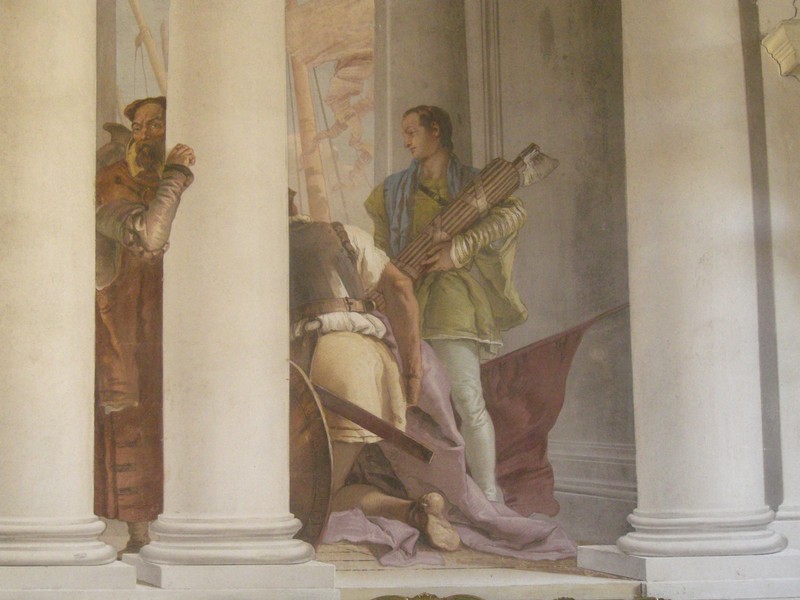 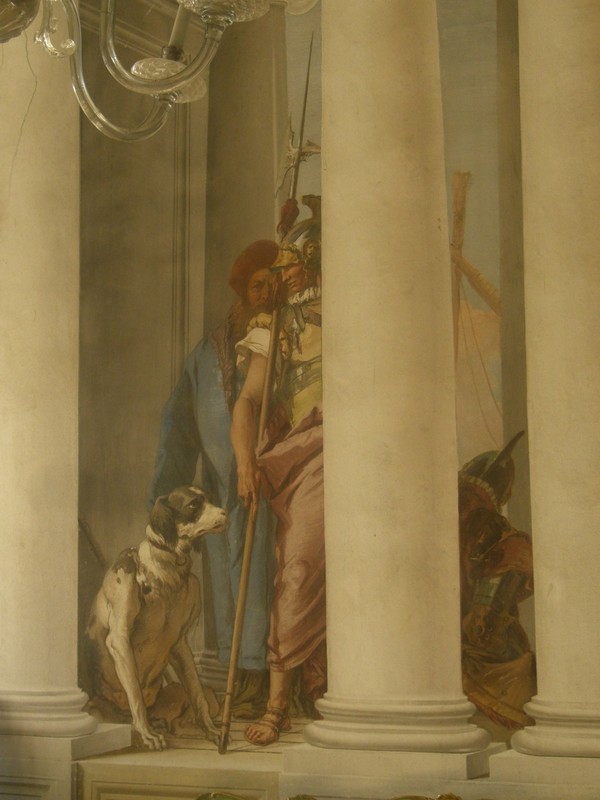 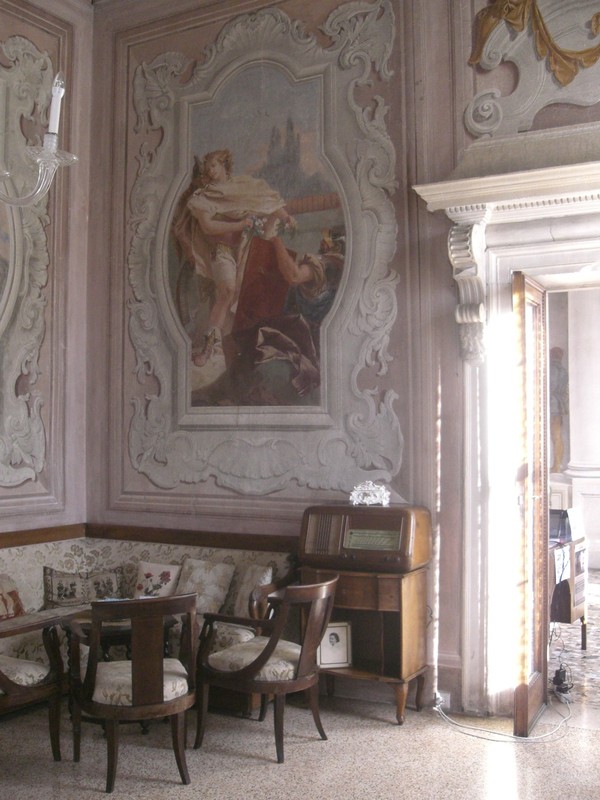 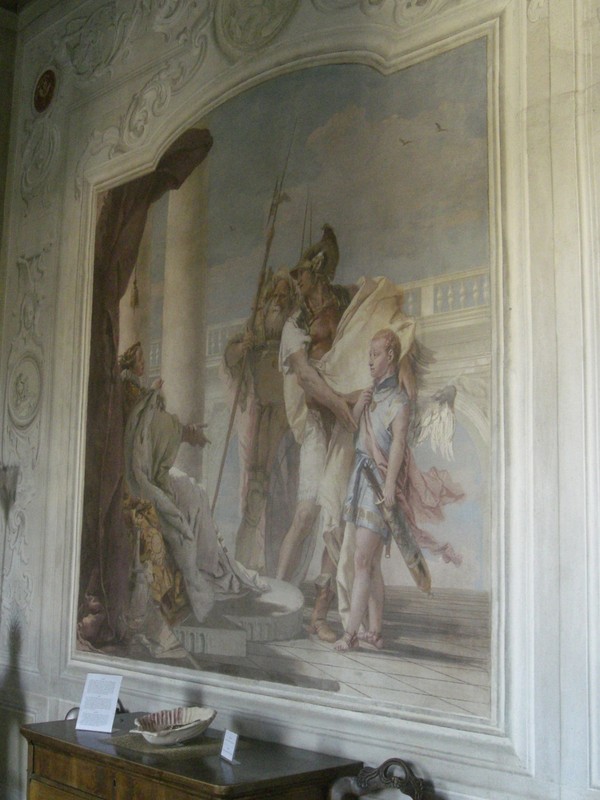 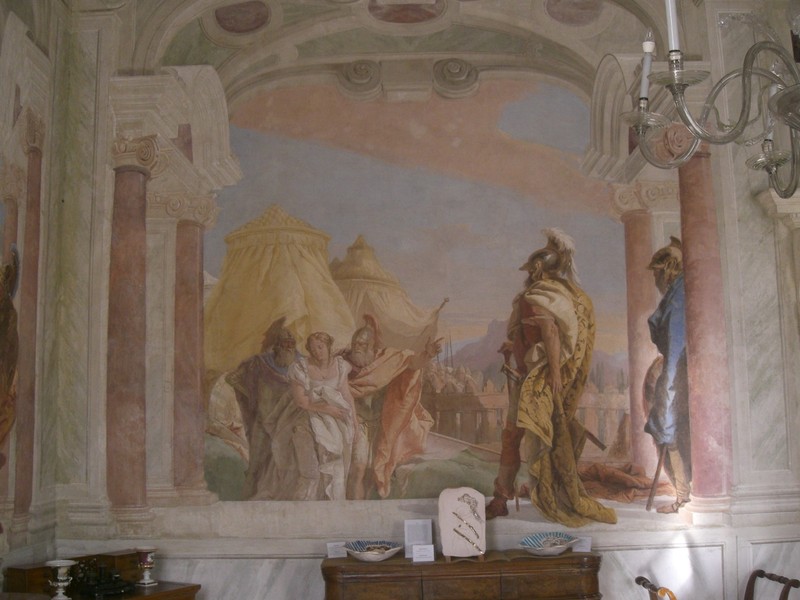 The foresteria was decorated with frescoes by Giandomenico Tiepolo (the son) except those you see in the Olimpus Room. Here the frescoes have themes as the country life, the holidays, Chinese things and so on. 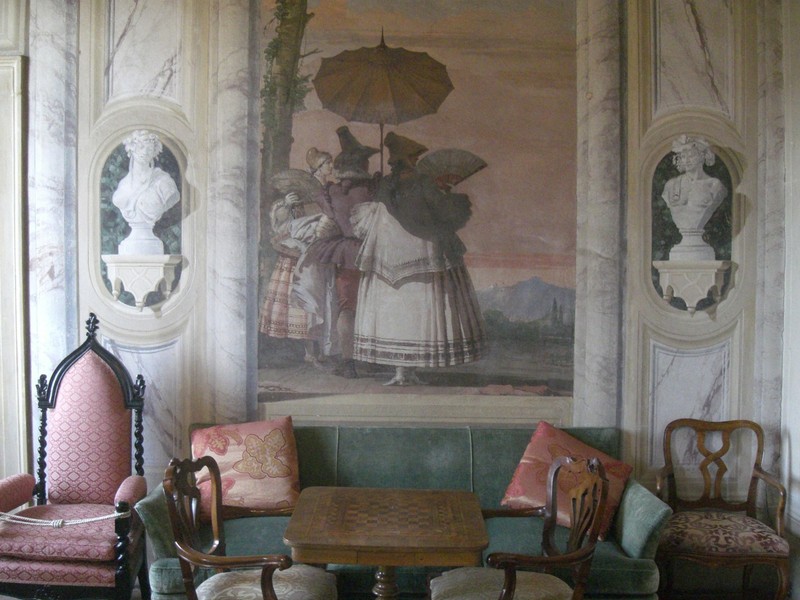 I think this picture was taken into the Holidays Room. 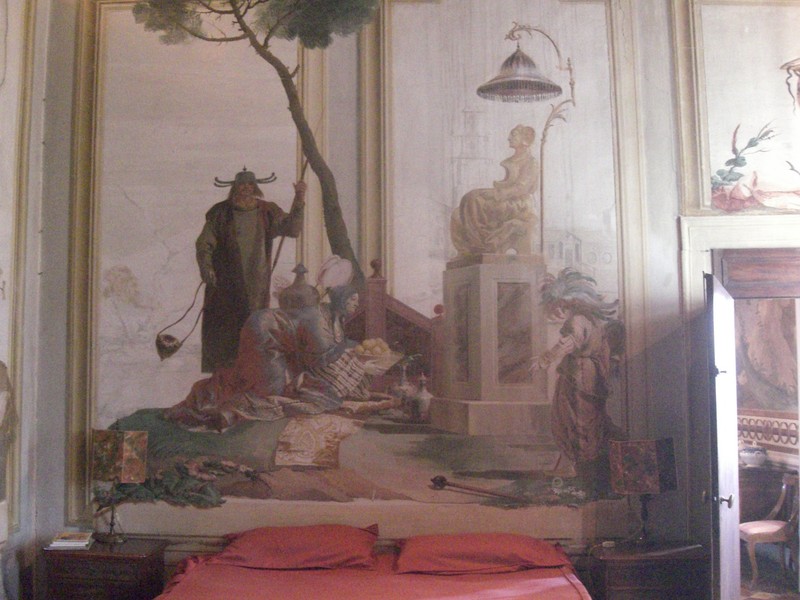 Part of the Chinese Room. 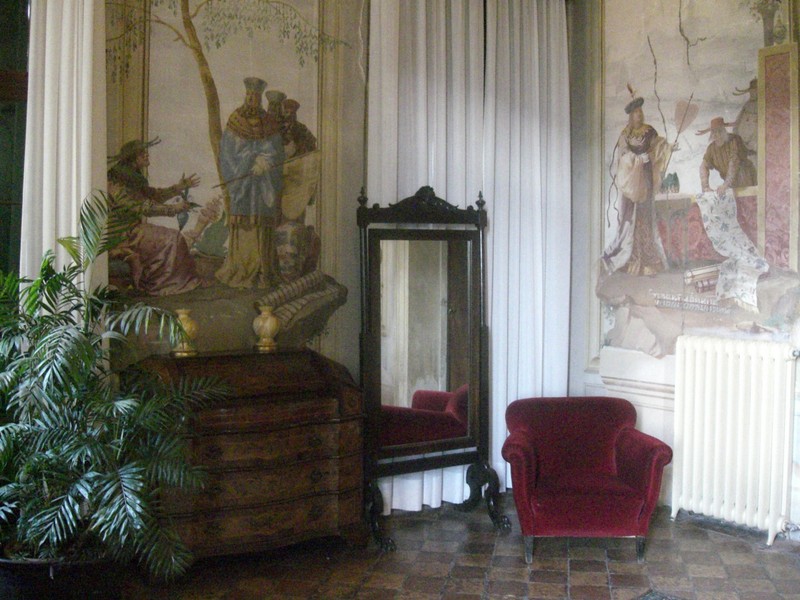 Here you see another bit of the Chinese Room. 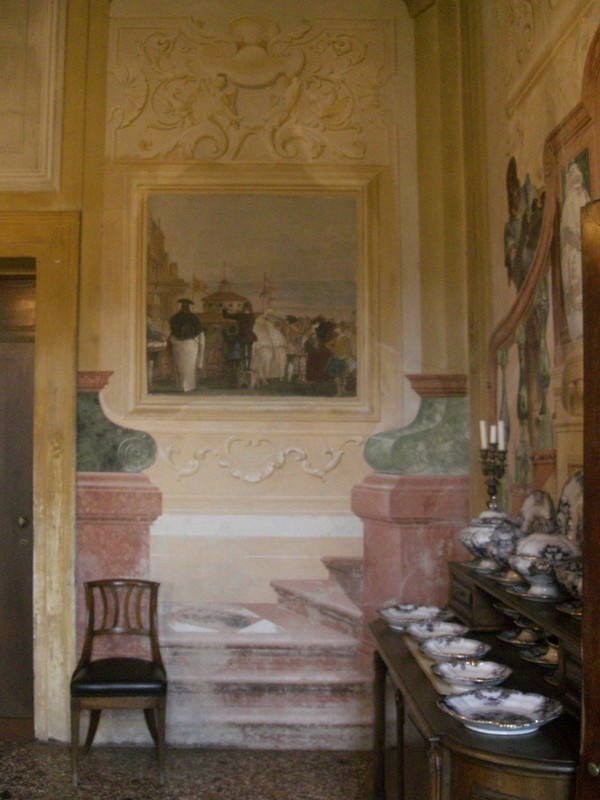 There is a room with some beautiful troemp l'oeil frescoes inside the foresteria. I like very much this kind of painting. 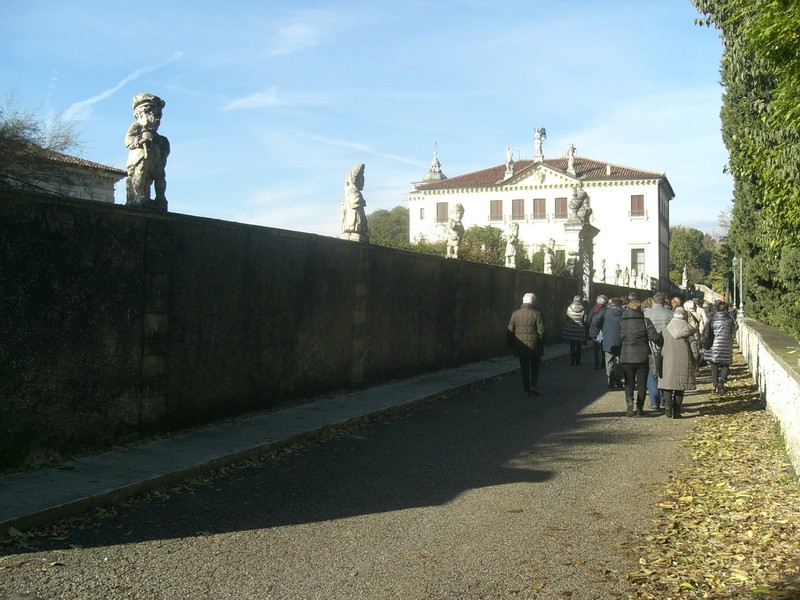 In this picture you see can part of the group after the visit and the warves.