A day trip to San Gimignano.

Originally it was the seat of a small Etruscan village. The town took its name from saint Gimignanus, who is said to have saved the town from the barbarian hordes.

San Gimignano developed considerably during the Middle Ages and the Reinassance thanks to the Via Francigena. The town was a stopping point for catholic pilgrims on their way to Rome.

Today San Gimignano has 14 Medieval towers. Long ago there were 72 of them.

In San Gimignano there are also some museums, some churches and a plethora of shops, cafes and restaurants. 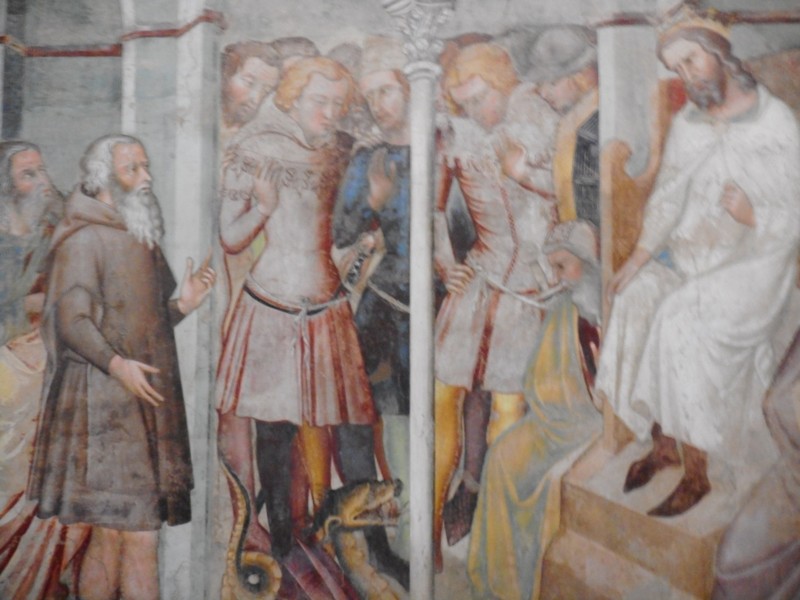 The colleggiata or Basilica di Santa Maria Assunta; also called duomo is one of the highlights in San Gimignano. It was built in the year 1000 and consacred in the 1148. 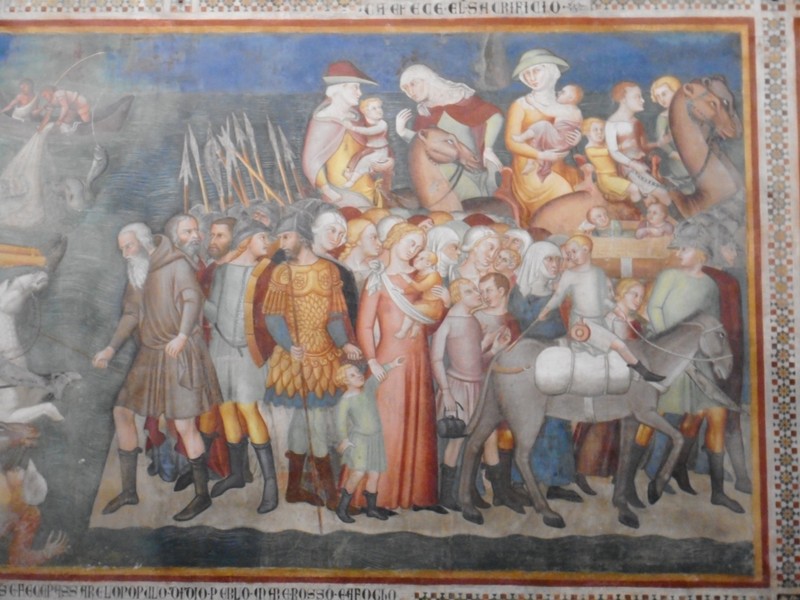 Its walls are completely coverd by frescoes painted in the 14th. These were never restored, but only cleaned some years ago. 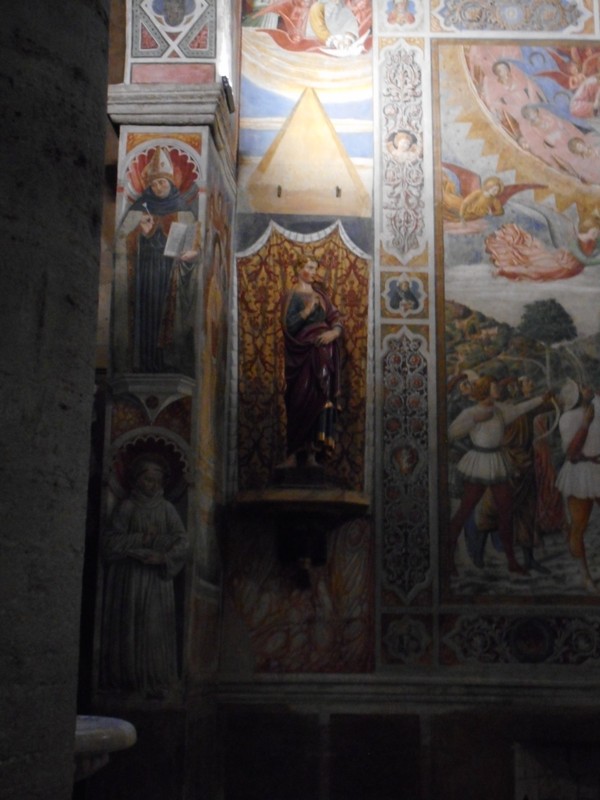 These frescoes depict stories of the Old and the New Testament. You will be given an audioguide when you buy your entrance ticket to the church. 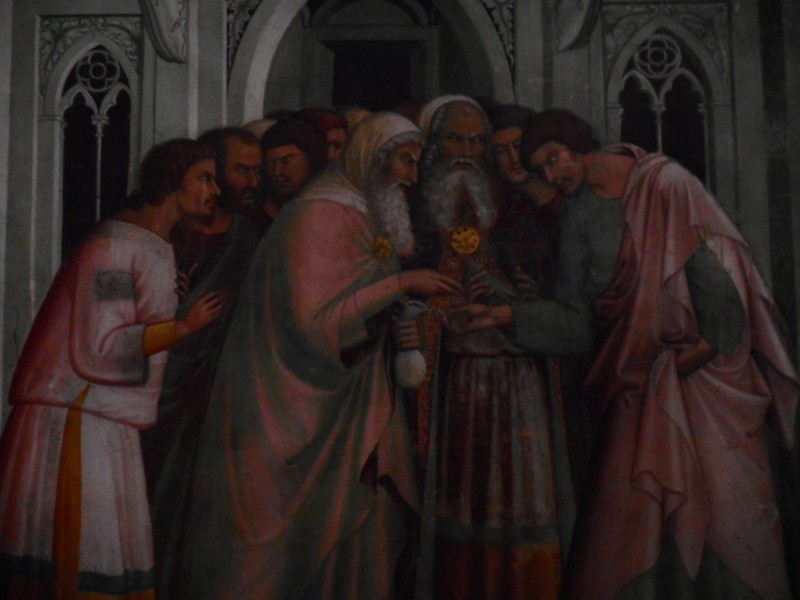 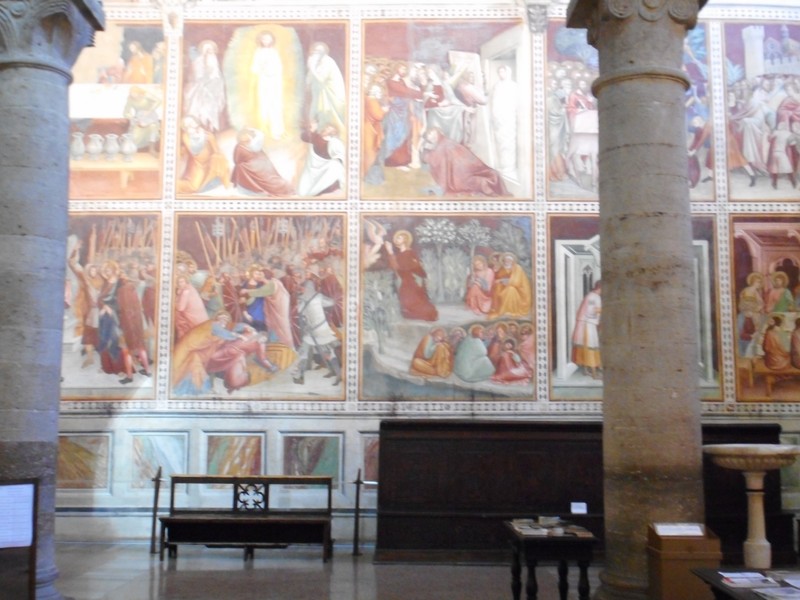 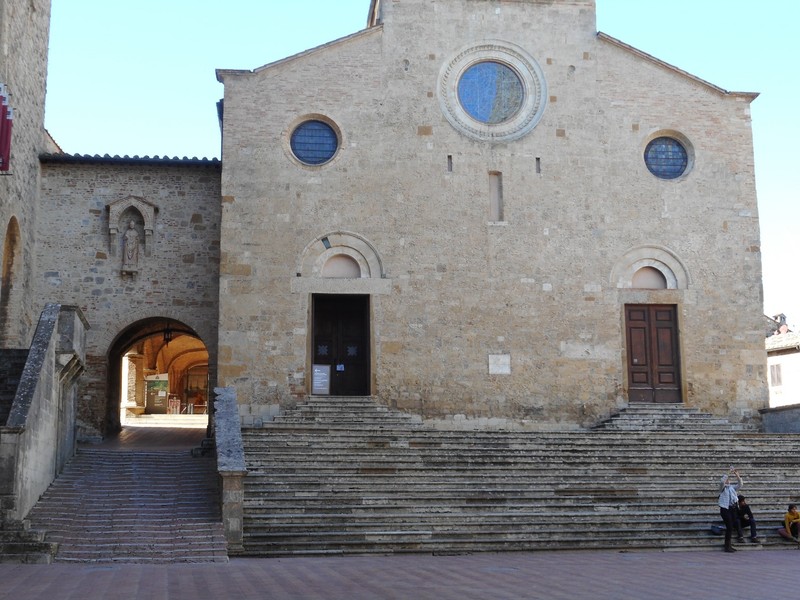 Here you see the facade of the duomo. You have to walk under the arch to enter the church. 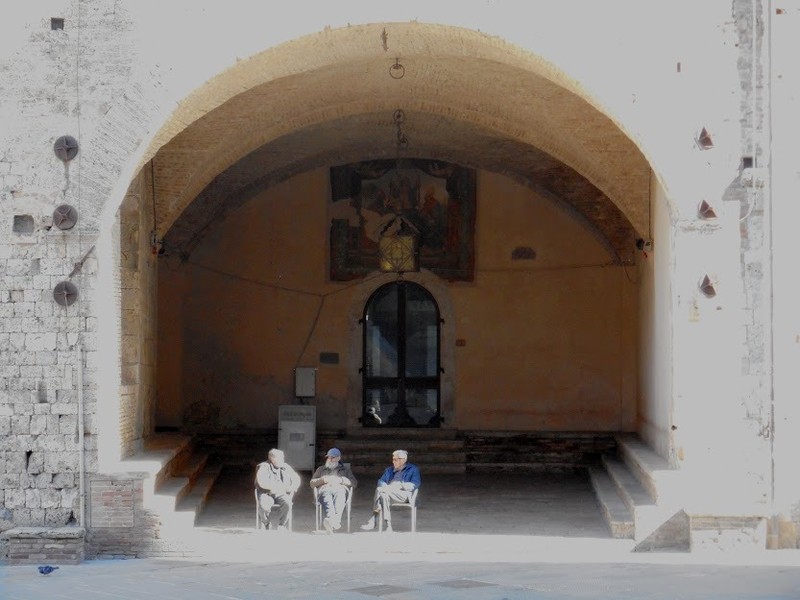 This loggia; Loggia del Comune (comune means town hall) was built in 1338. It was a gathering place used by politicians long ago. I think it is a meeting place for locals today. The loggia is located opposite the colleggiata. 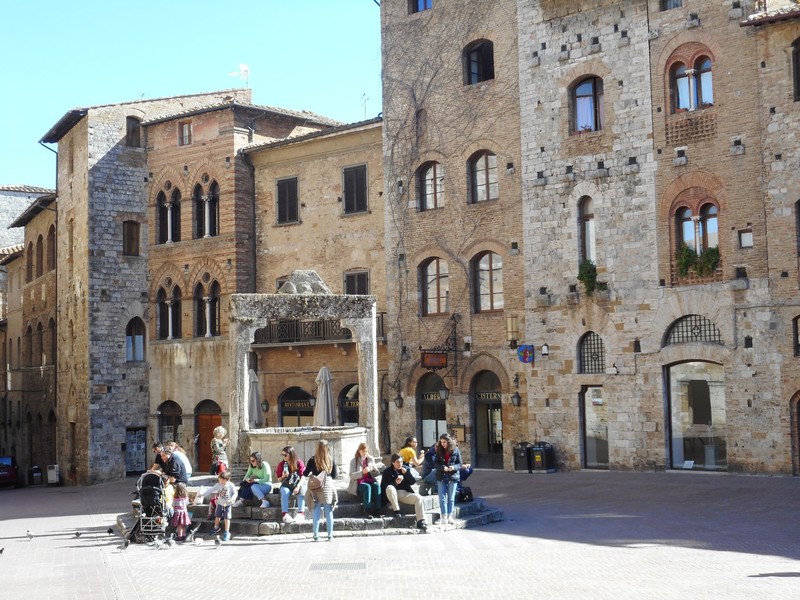 Piazza della Cisterna is a beautiful square situated some meters from Piazza del Duomo where the Colleggiata is situated. This square has a triangular shape. It is surrounded by several palaces. There are also some restaurants and shops here. This square takes its name from the cistern you see in its middle. 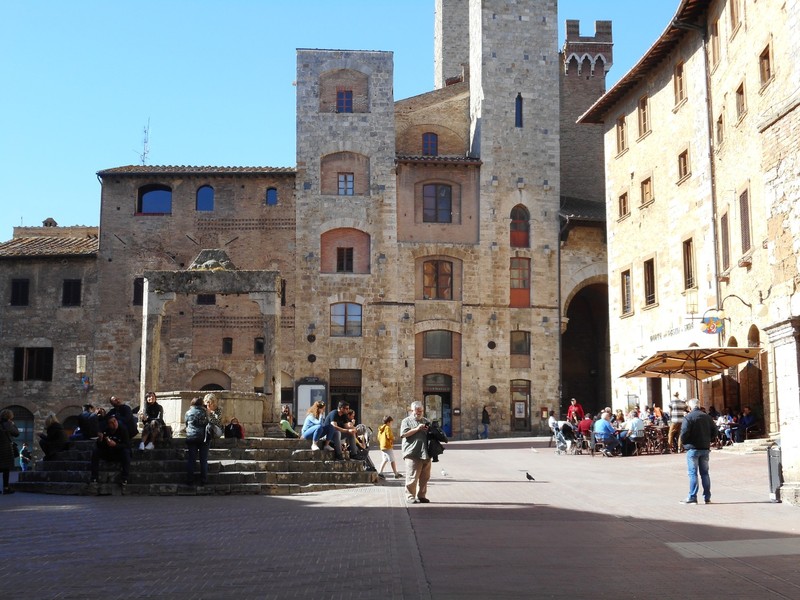 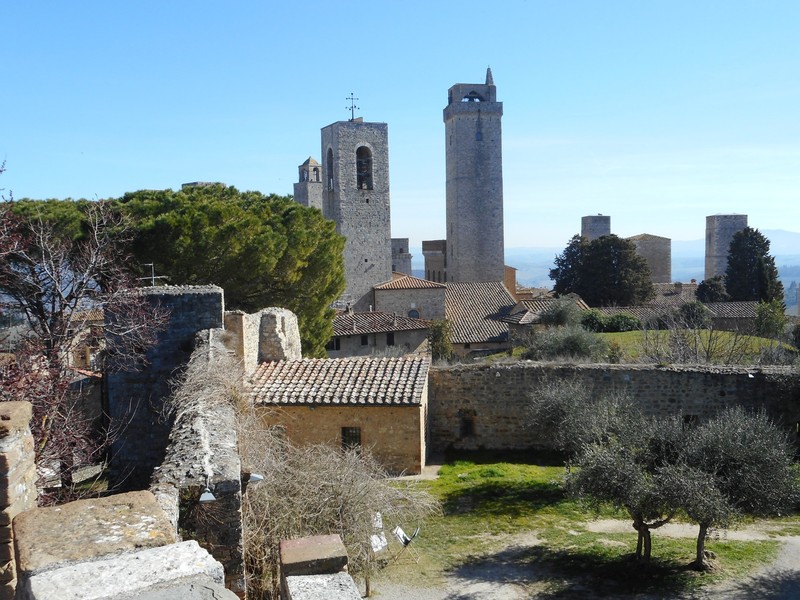 Here you can see some towers. I took this picture at the Rocca di Montestaffoli. It is practically a pleasant park with some remains of a fortress. 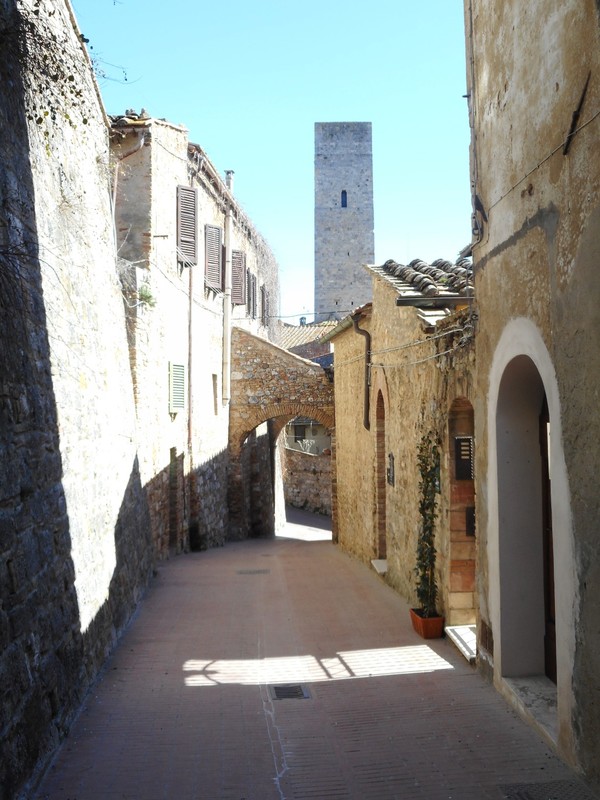 Another thing to do in San Gimignano is to get lost. 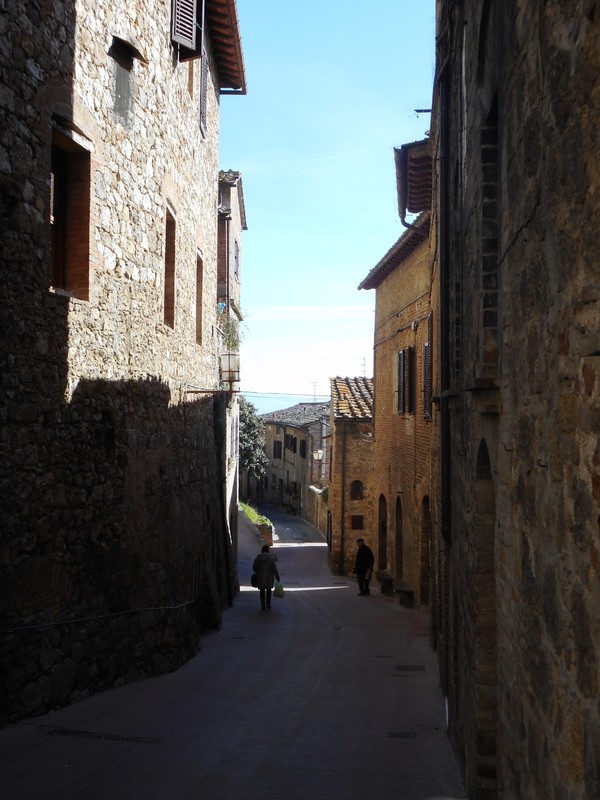 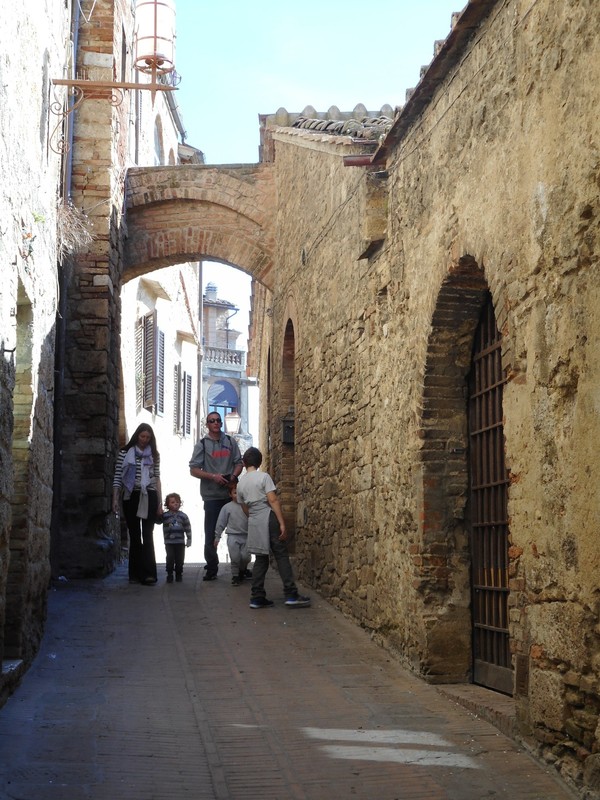