It is a large ancient town on a hill.

Assisi has several churches to visit, some museums and a maze of narrow cobbled streets. Its highlights are Saint Francis' and Saint Claire' s basilicas. Both of these churches house the saints remains.

Assisi is just less than half and hour by train from Perugia. 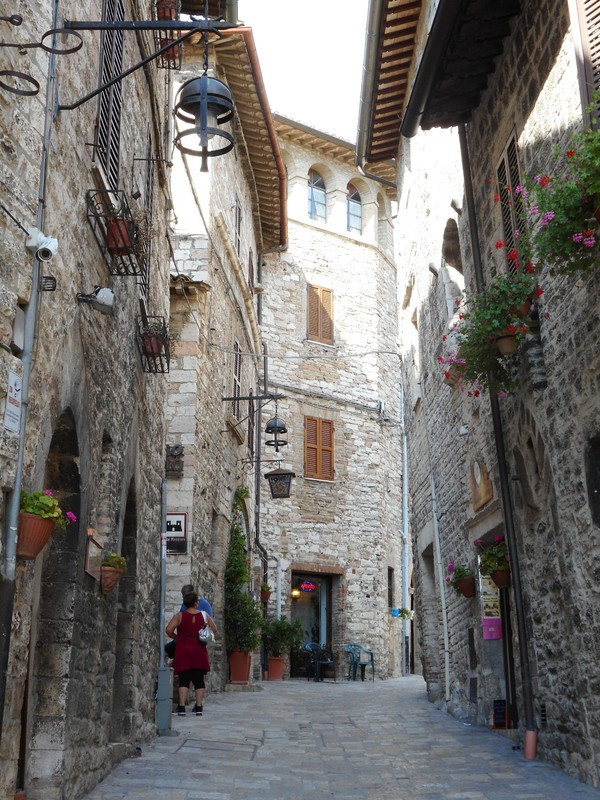 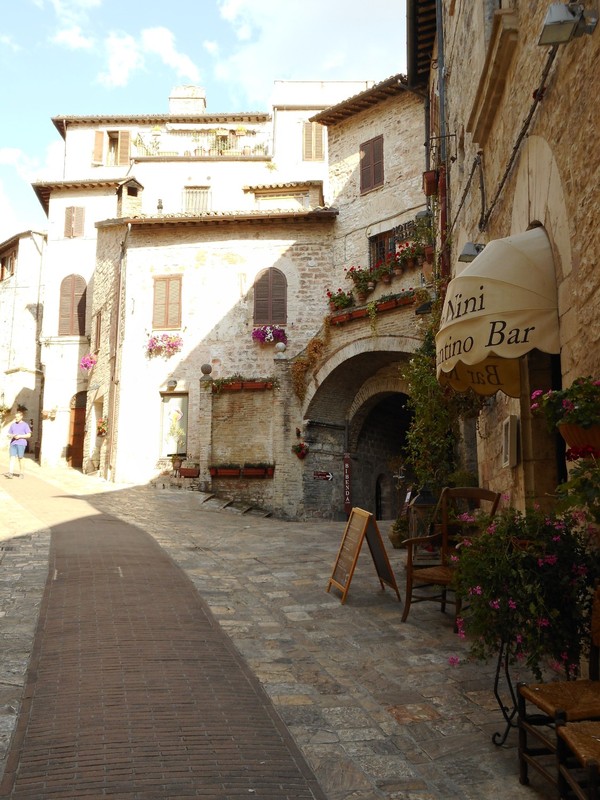 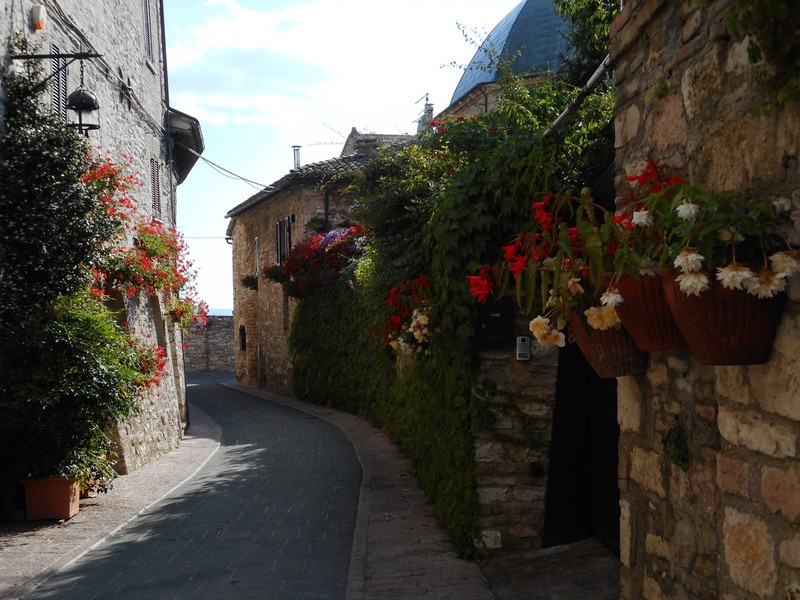 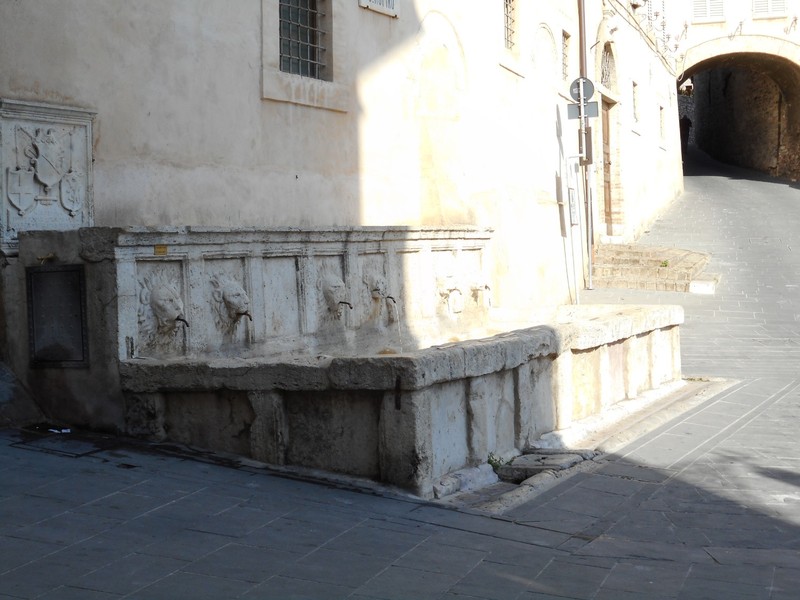 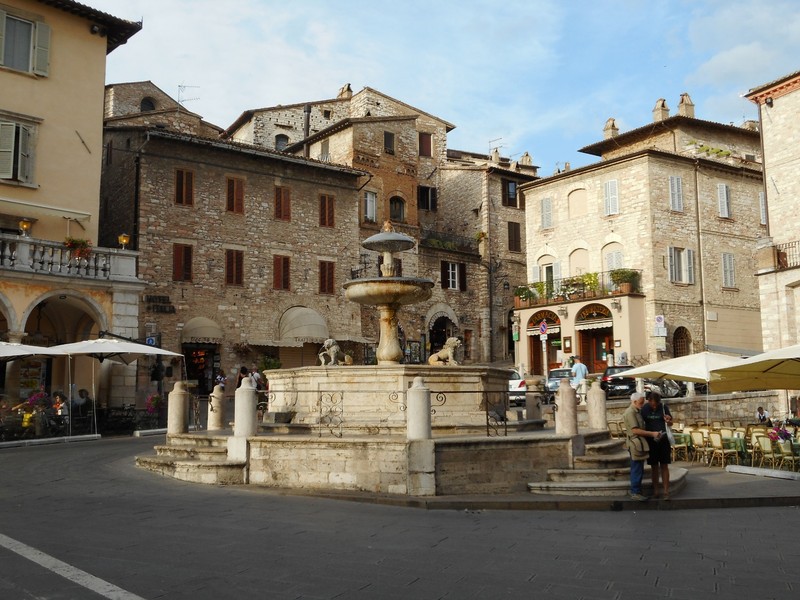 This is Assisi main square. 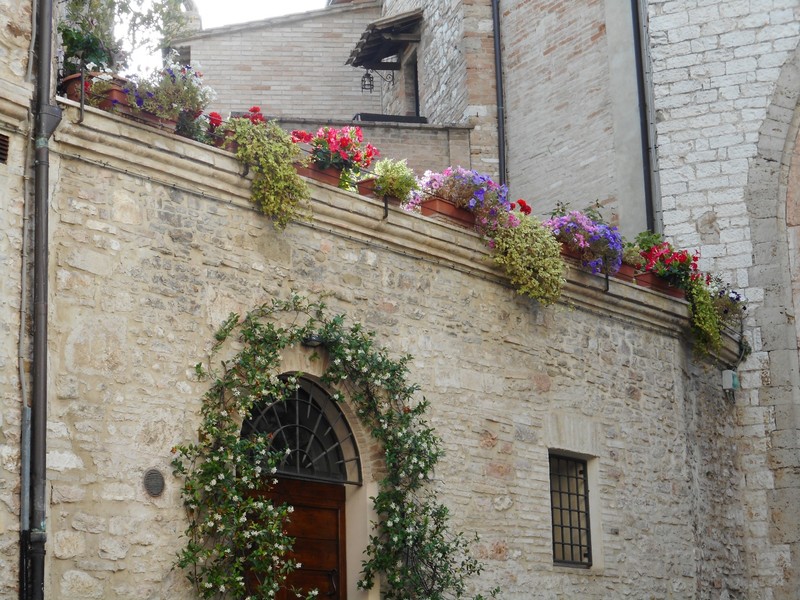 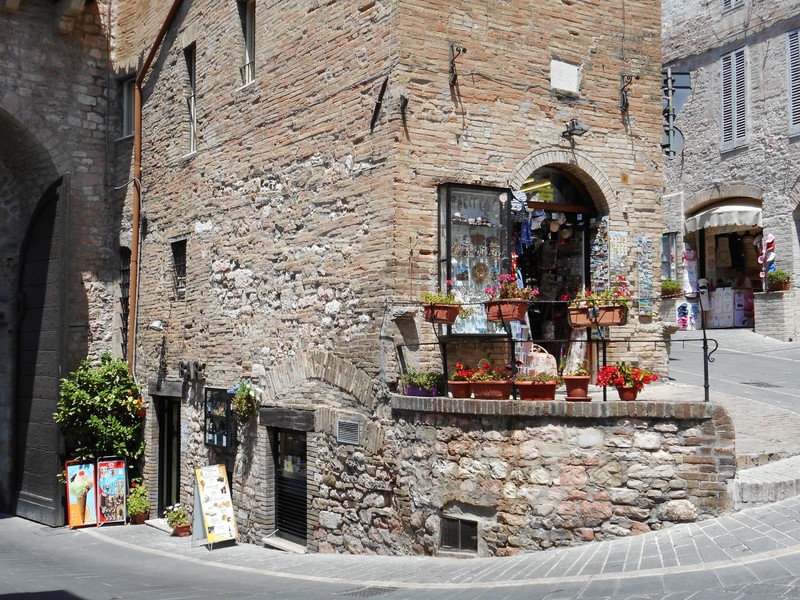 There are no shortage of cafes and restaurants in Assisi! 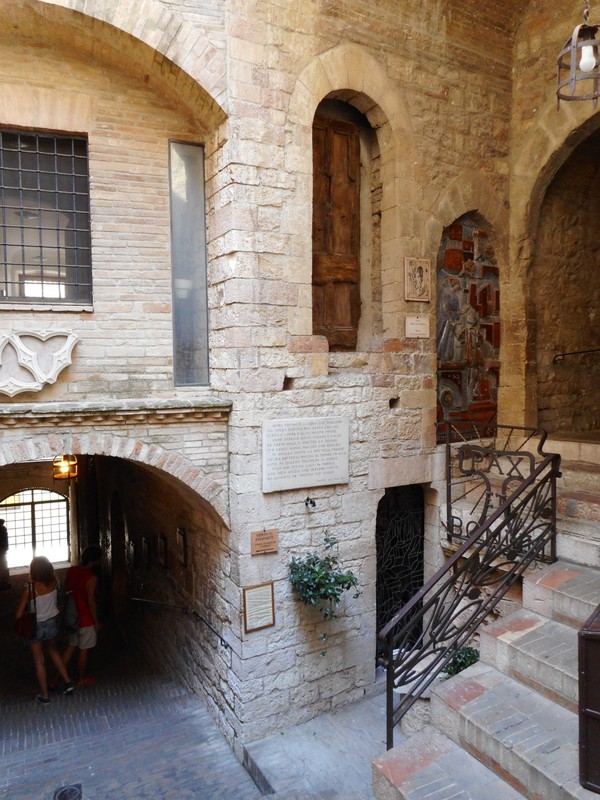 Here you can see part of sanin Francis' parents house. I dsicovered this building by chance. There is only a small chapel to see inside. 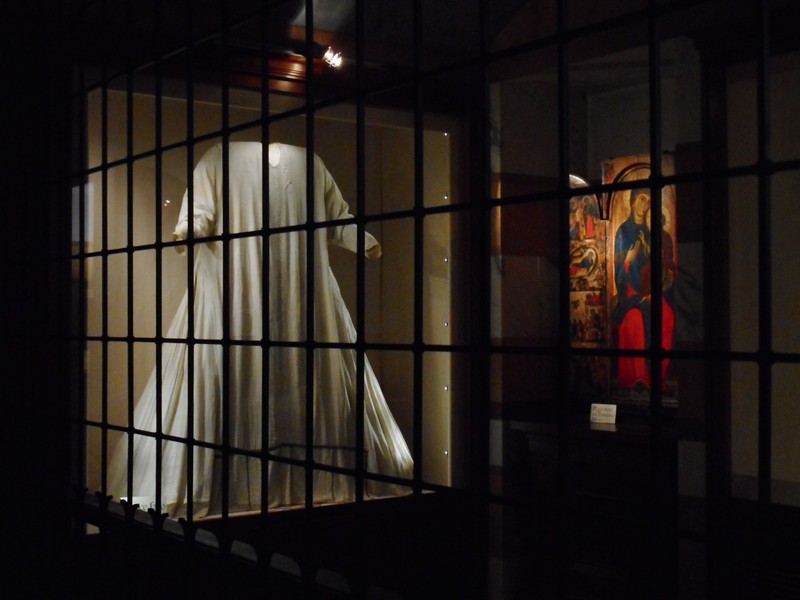 Here you see some items that are part of the small museum you can visit inside saint Claire' s basilica.There are some things belonged to saint Francis and saint Claire. 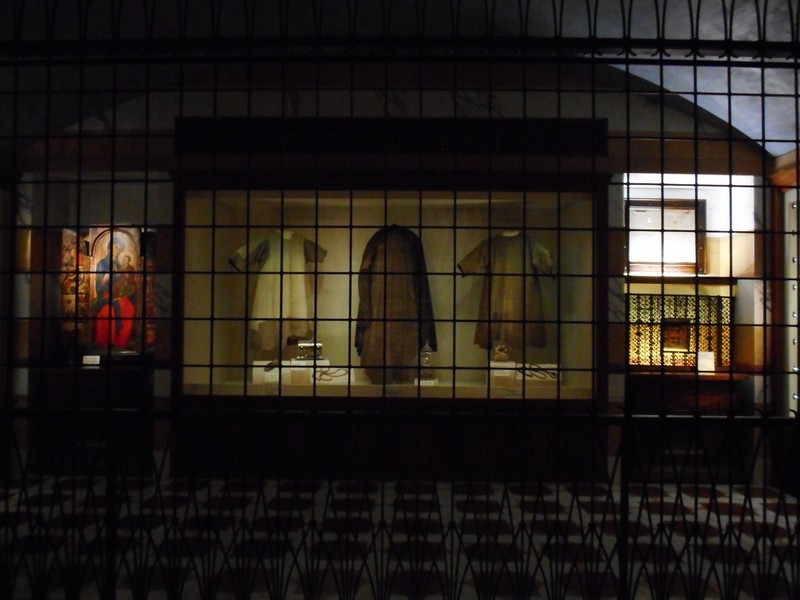 Here' s another pic of the small museum. 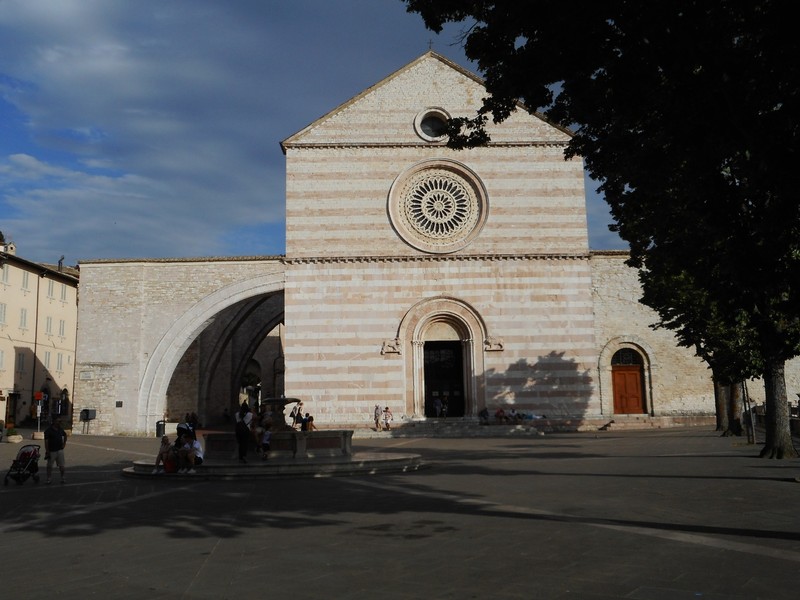 Saint Claire' s basilica was built between 1257 and 1265. Beside the small museum here you can see the saint' s remains (in the crypt...) 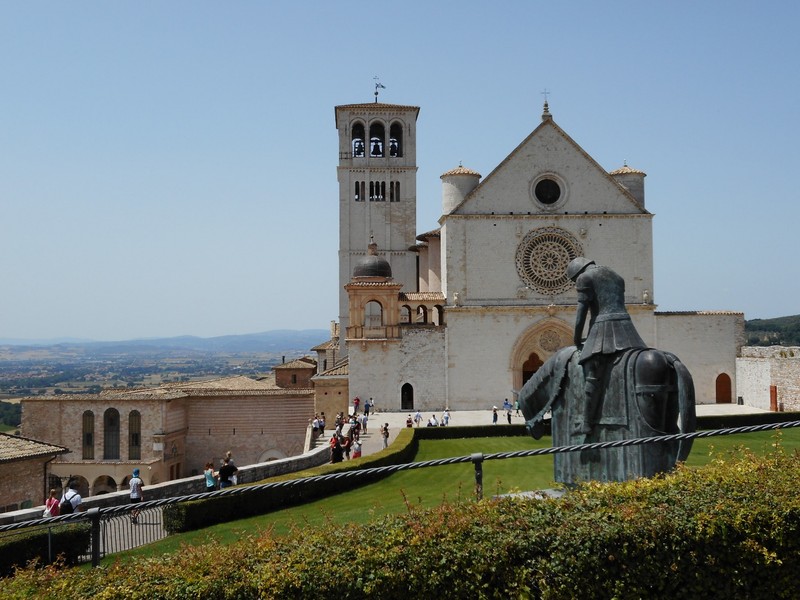 This is one of Assisi' s highlight; saint Francis' basilica. It is made of two churches. The upper church and the lower one.

Saint Francis' basilica also houses the saint' s remains. These are kept in the crypt. 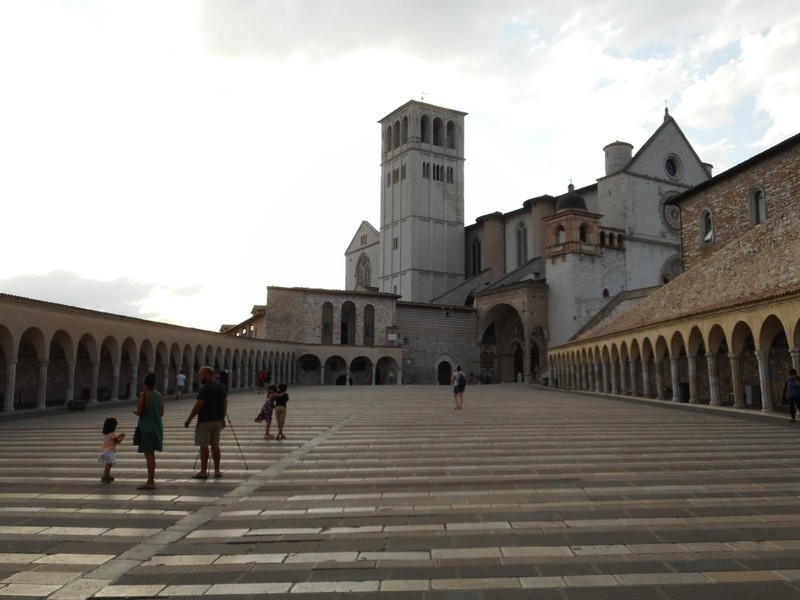 Here you can see part of the lower church. 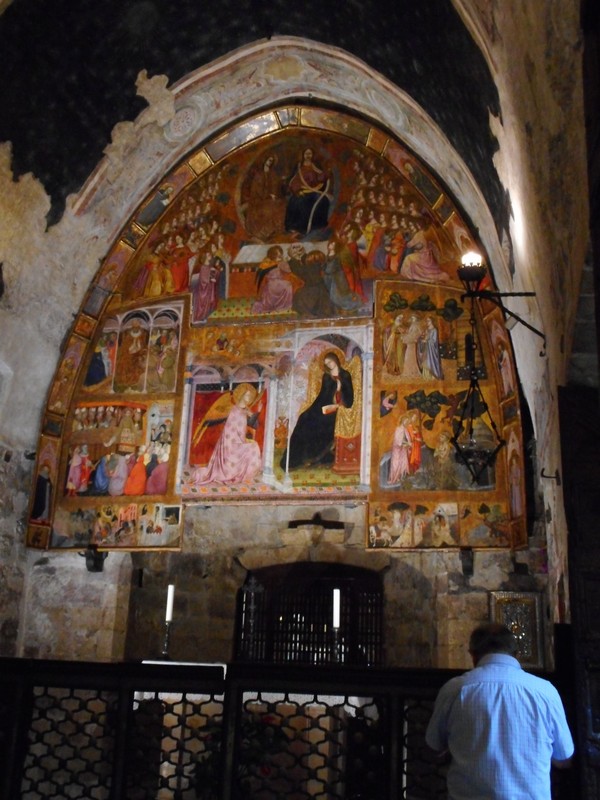 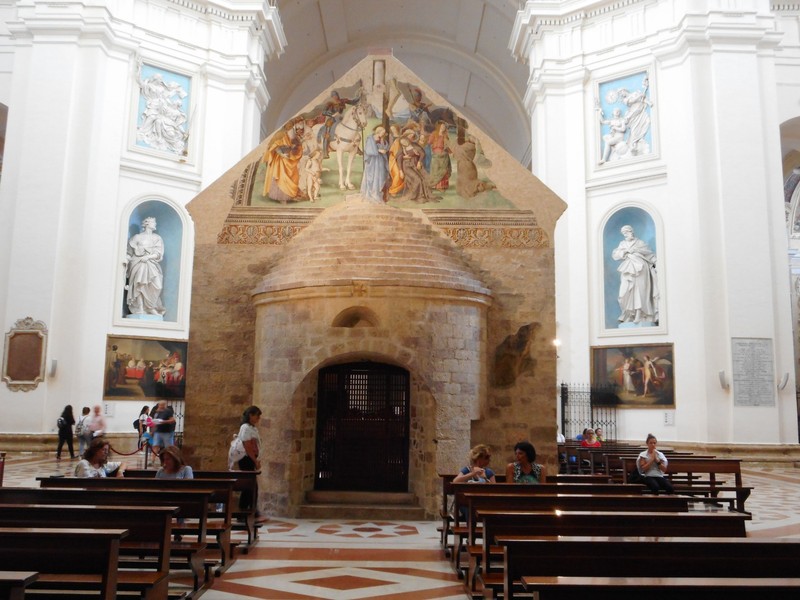 This is another pic of the Porziuncola chapel.