Bassano del Grappa takes its name from the nearby Monte (i. e. mount) Grappa. It is popular for an old bridge, for the production of grappa; a strong spirit distilled from the pomace of grapes used in winemaking. Bassano del Grappa is also well known for the ceramics.

In this town there are some museums to visit; as a museum of the town with paintings, statues et al and a museum of ceramics. There is even a museum about grappa! 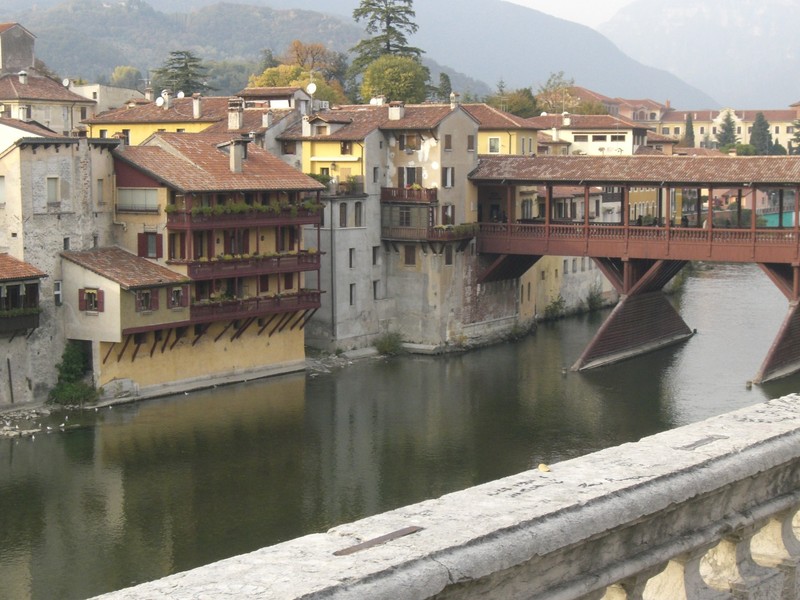 From the ancient times it was the main link between Bassano del Grappa and Vicenza.

It was originally designed by the Italian architect Andrea Palladio in 1569. A wooden bridge had existed there since at least 1209. It was destroyed several times by wars or by floods. 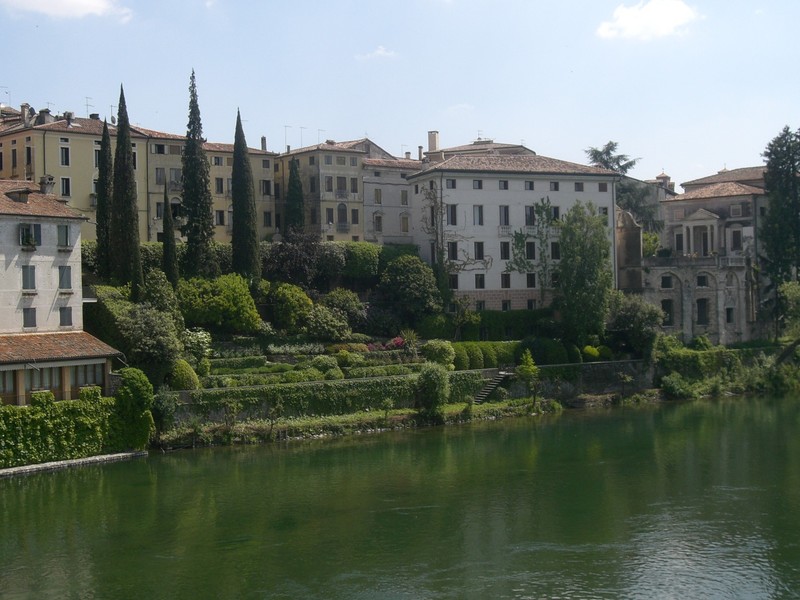 Landscape seen from the bridge. 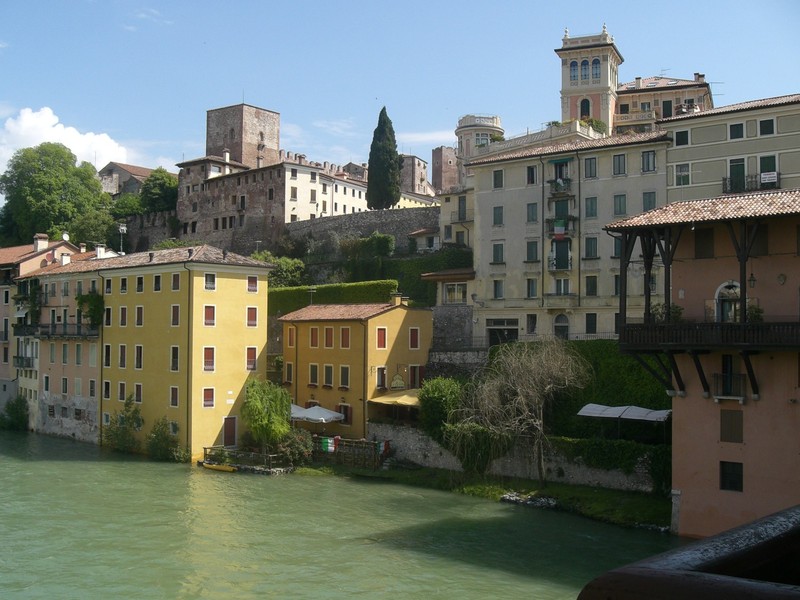 Another picture taken from the bridge. 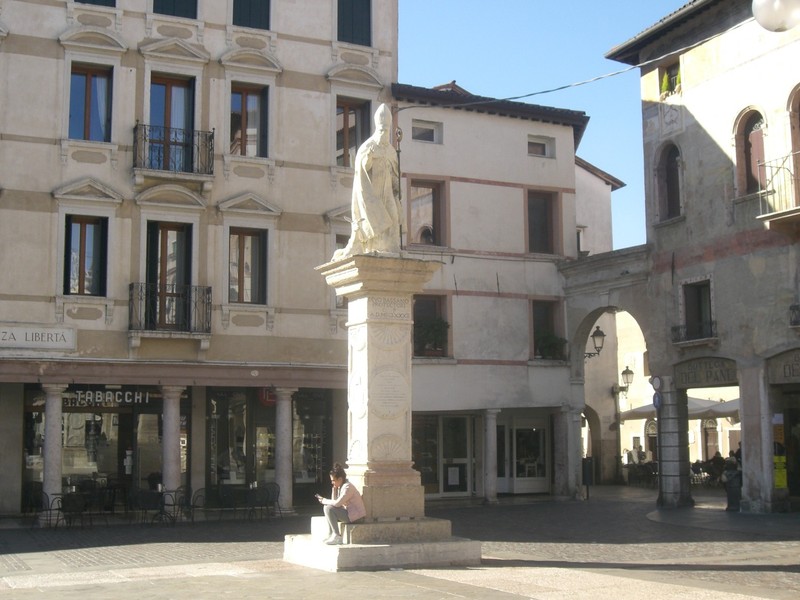 On this square you can see two tall columns. These have two statues on top. One of them represents Saint Mark' s lion. The other is saint Bassiano' s statue. He is the town' s patron saint. 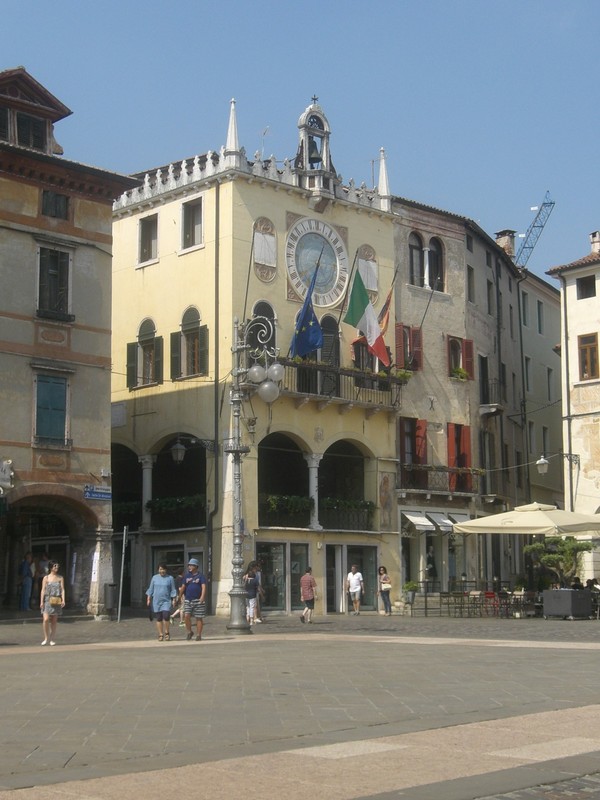 There are also some shops and cafes on this square. 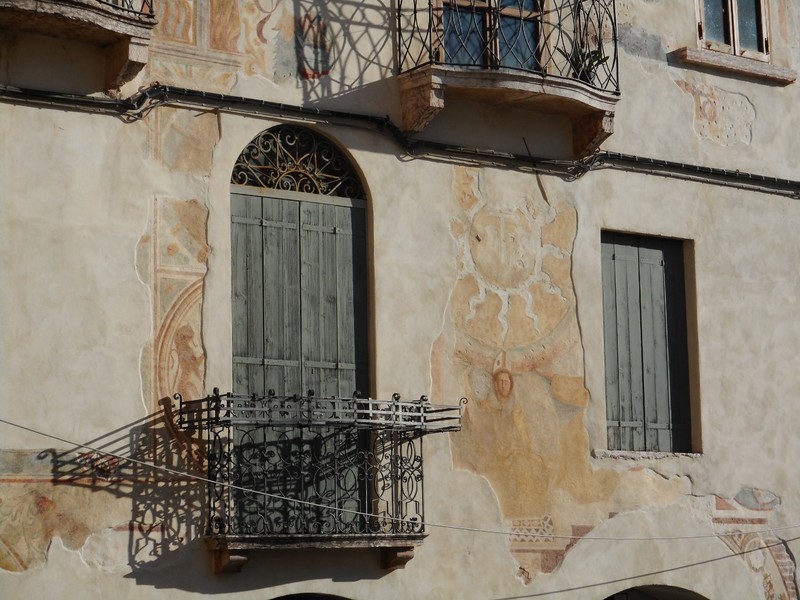 Here you see some frescoes on a palace in piazza della Libertà. 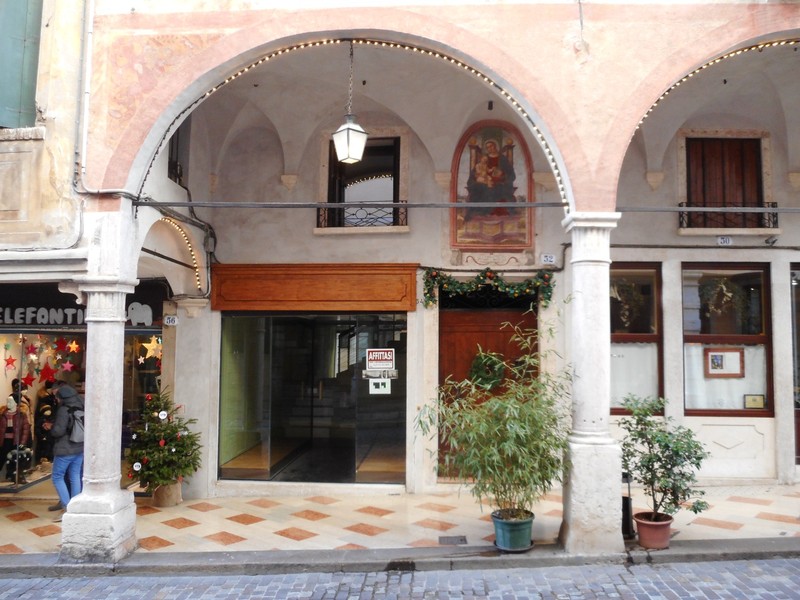 There is a network of porticoes in this town. 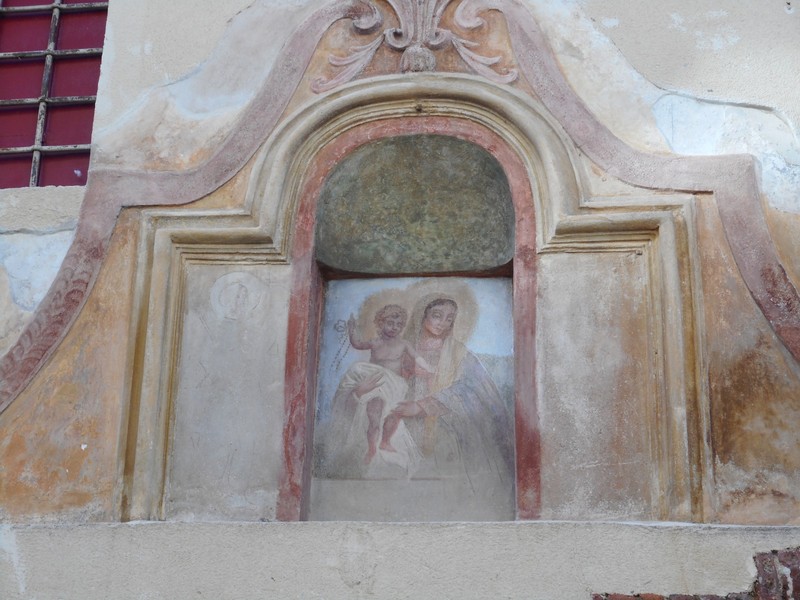 You can see lots of frescoes in the old core of Bassano. 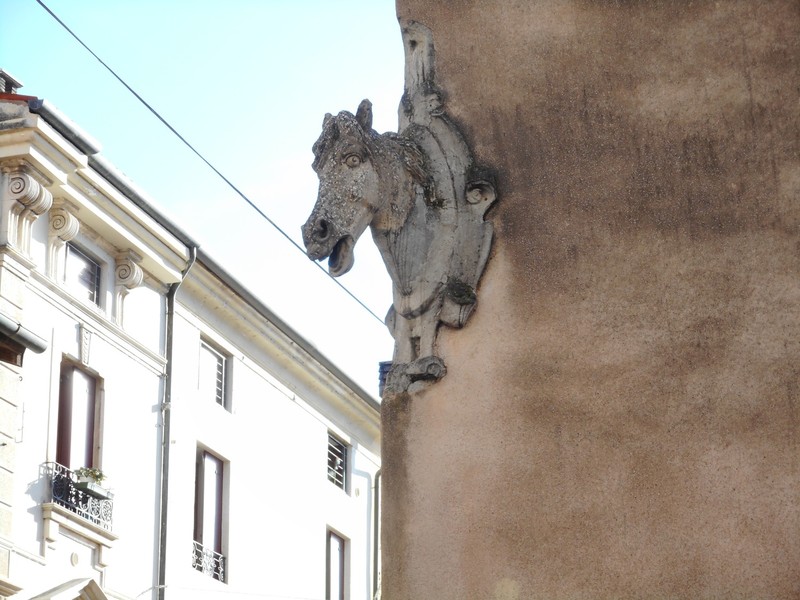 You can also spot some odds statues... 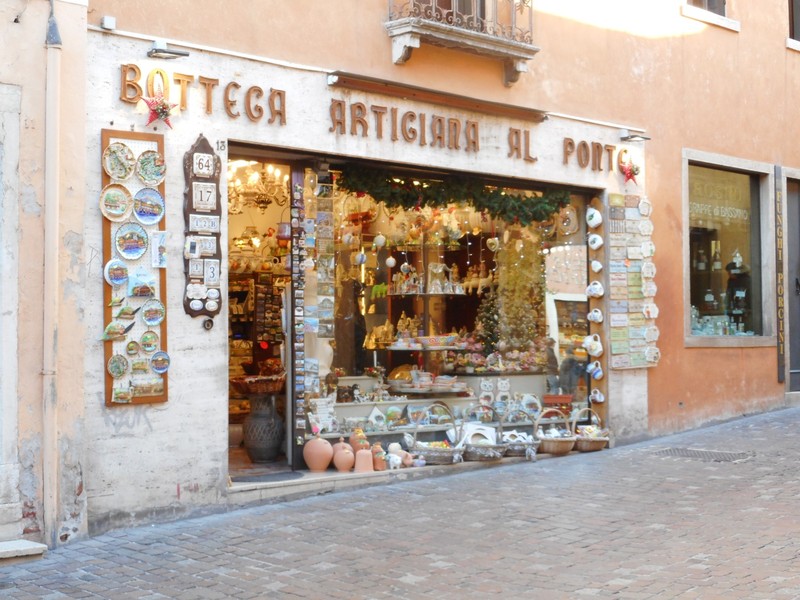 As I wrote, Bassano del Grappa is also popular for its ceramics. Here you see one of the shops where you can find a good choice of things made of ceramic. 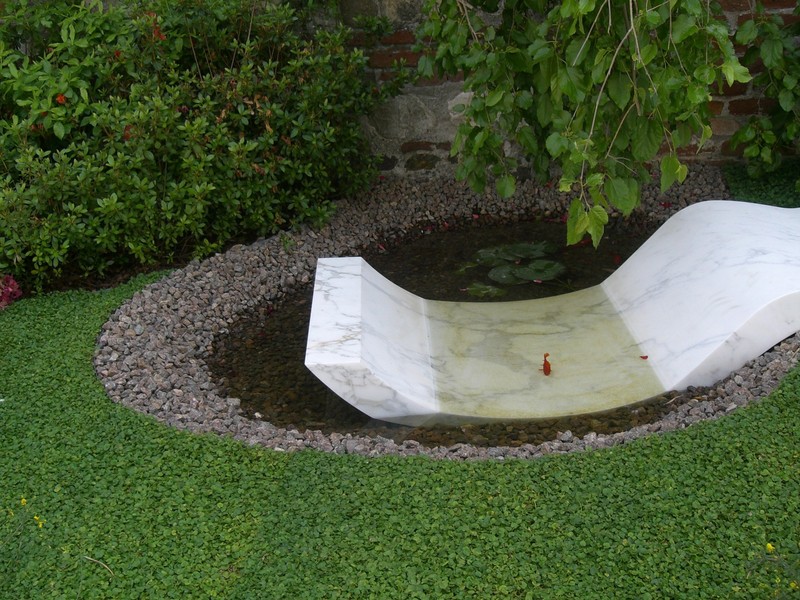 Every year, around the end of april or at the beginning of may; several small gardens are created in Bassano del Grappa. These are made by various local gardeners and by florists. This event is named "giardini a Bassano".

The gardens are located on various areas in Bassano, for four weeks. 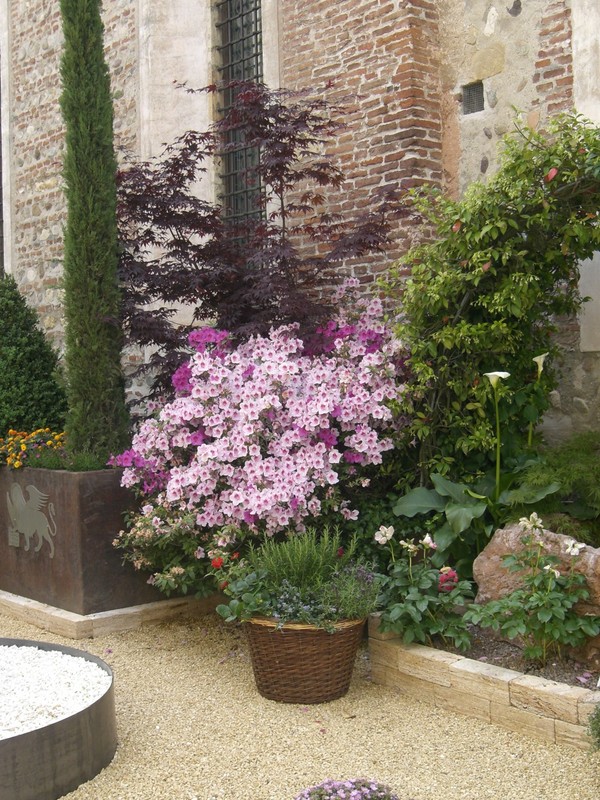 A contest named Cesoie d' Oro (its translation is golden shears) is scheduled during these days. Visitors can vote for their favourite garden. The one that gets more votes (or better...its creator) win a prize. 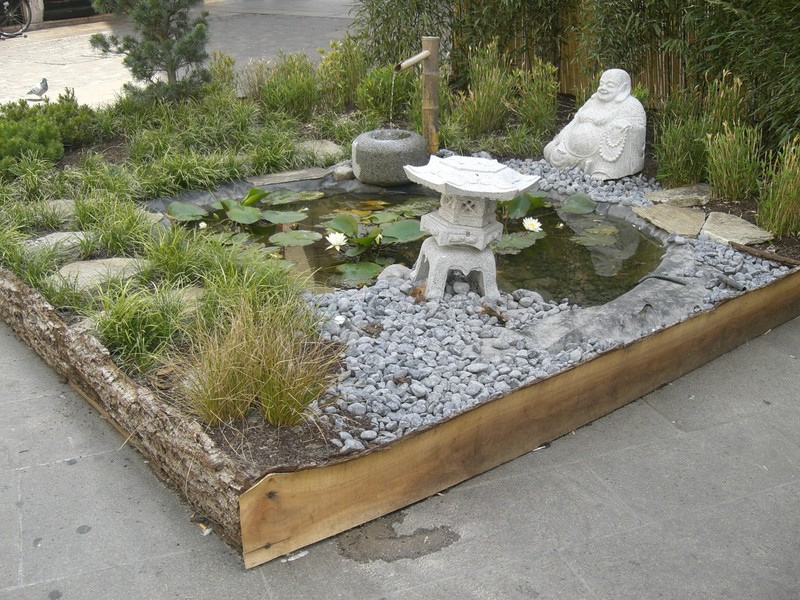 You can get a useful map to know where the gardens are located, at the tourist office or at some cafes and restaurants. 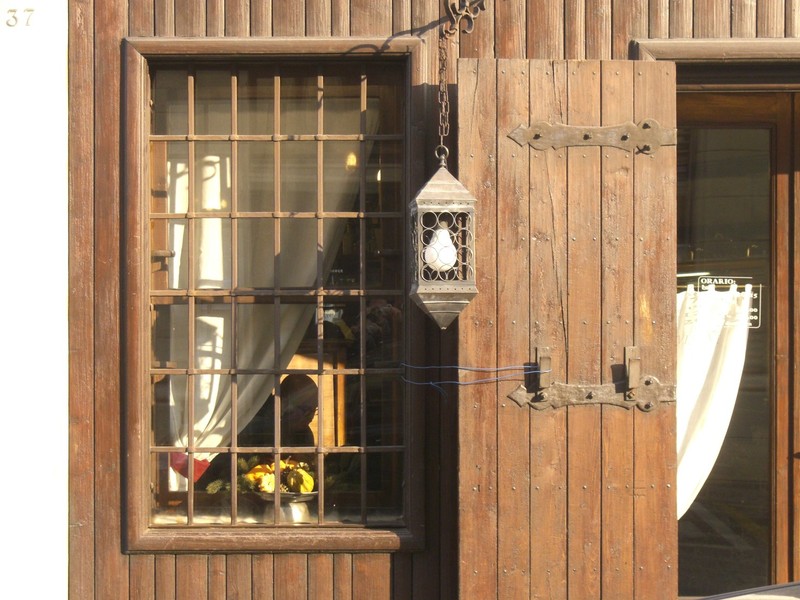 I usually have lunch at ristorante Trevisani when I visit Bassano del Grappa. It is housed into a old mansion.

It is not a budget restaurant, but if you ask for the menu of the day it will not cost you much. The menu of the day consists of a first course; pasta (noodles) or rice and a second course which is usually a dish with meat and some vegetables. 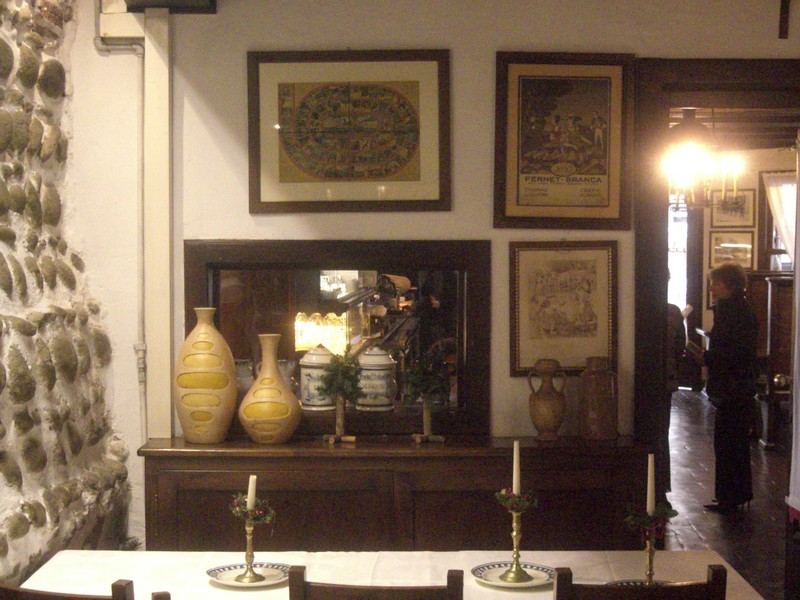 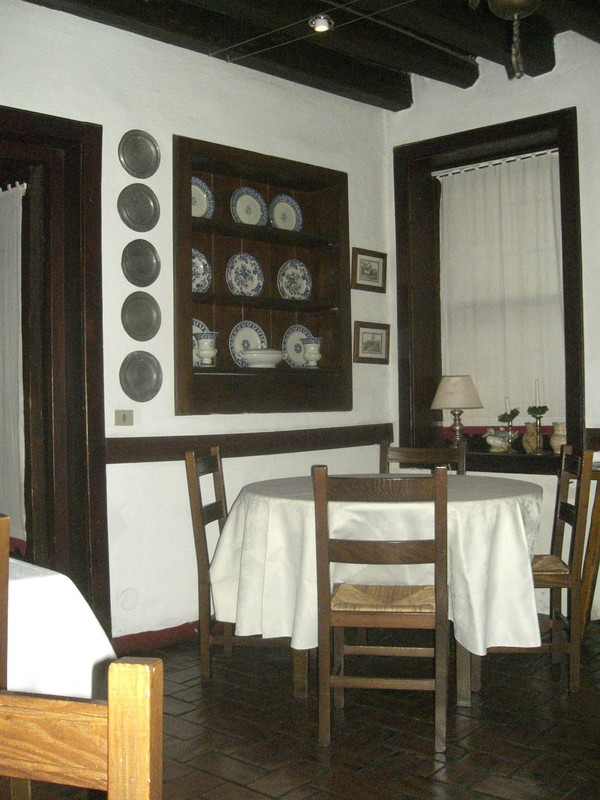 This restaurant has two dining rooms. 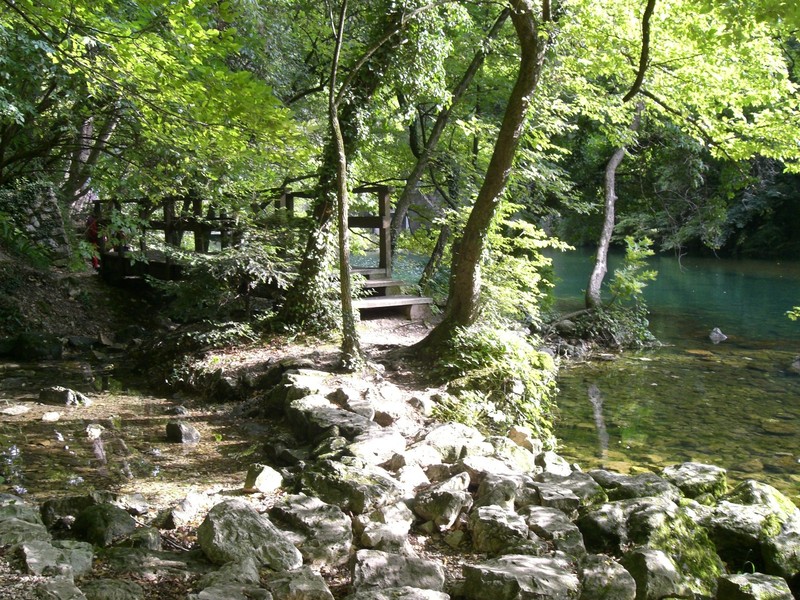 If you happen to be in Bassano del Grappa for some days, I would suggest a visit to Valstagna to spend some time at a beautiful park. Here there are some caves; the Oliero Caves.

One of these has various stallagtites to see. You' ll go inside it with a small boat. A guide who gives you an explanation about this cave and other info on the matter.

This small cave is home of the so-called "human fish" or proteus. It is a white-pink reptil that was brought there long ago in order to see if it was possible for this kind of being to survive and reproduce. The experiment was successful. Nowadays there are some proteus inside the cave. We didn' t see them, but we watched a documentary film about caves at the Museum of Speleology and Carsism outside the park. 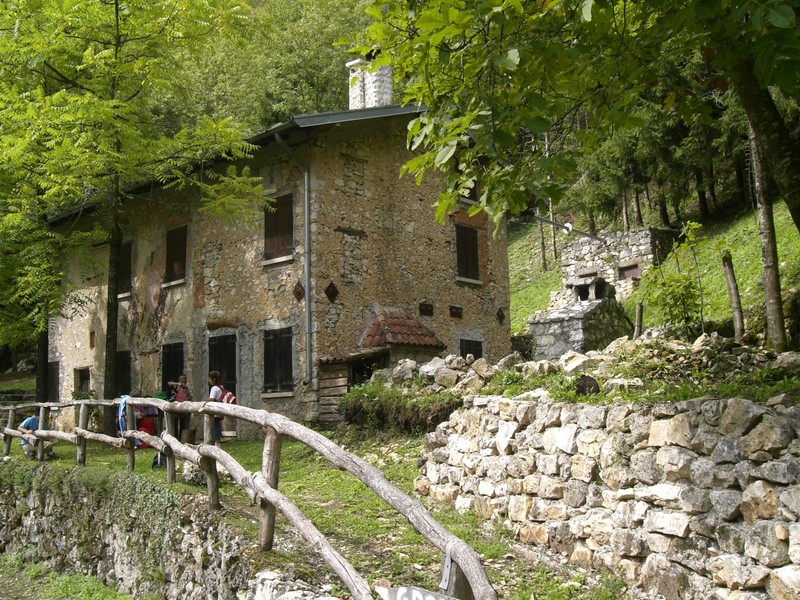 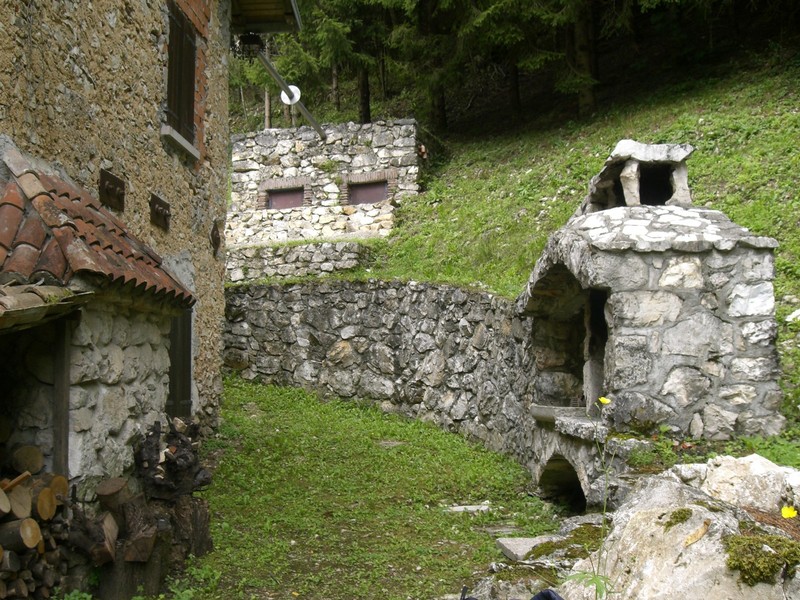 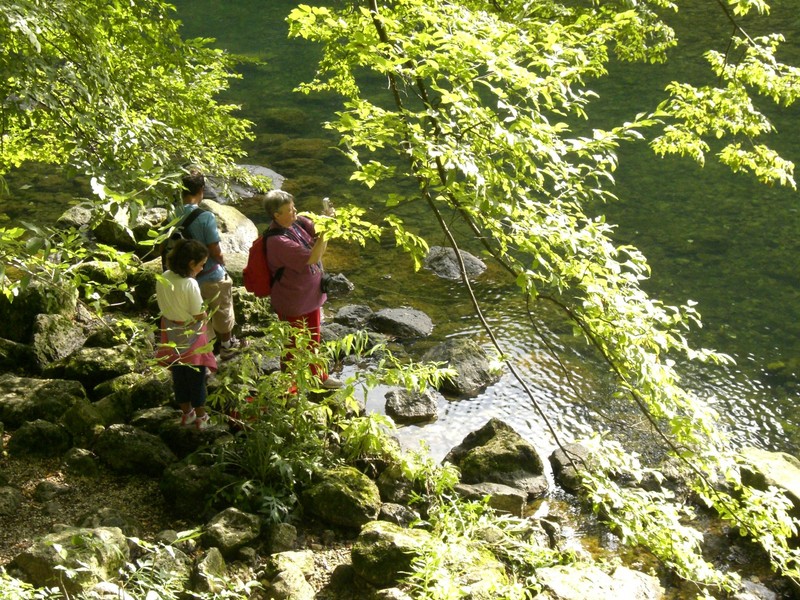 Inside the park there are some facilities as a cafe-restaurant, toilettes and a pic nic area.