Modena is a pleasant town some 40 kilometers far from Bologna.

I have visited it twice; as a day trip from Ferrara. I went to Modena by train.

The center of Modena is not far from the train station. 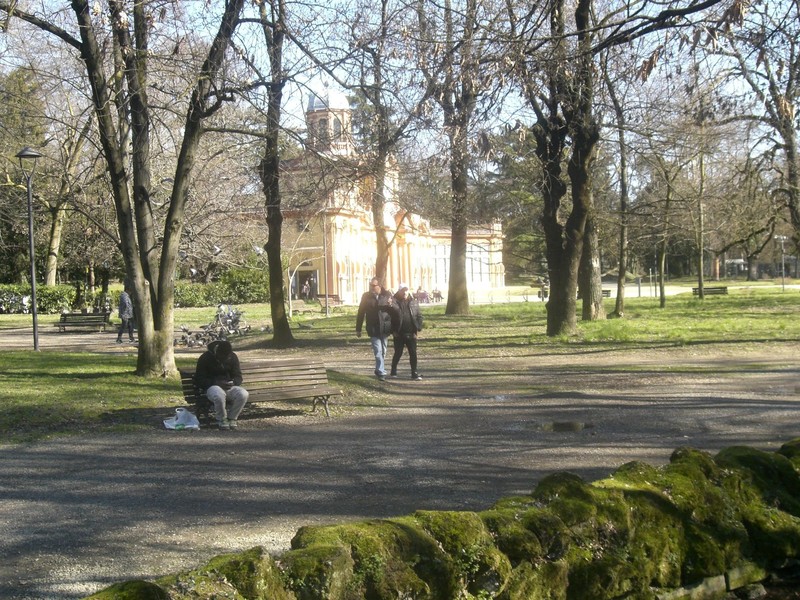 The Giardino Ducale is probably the first sights you can visit coming from the train station. 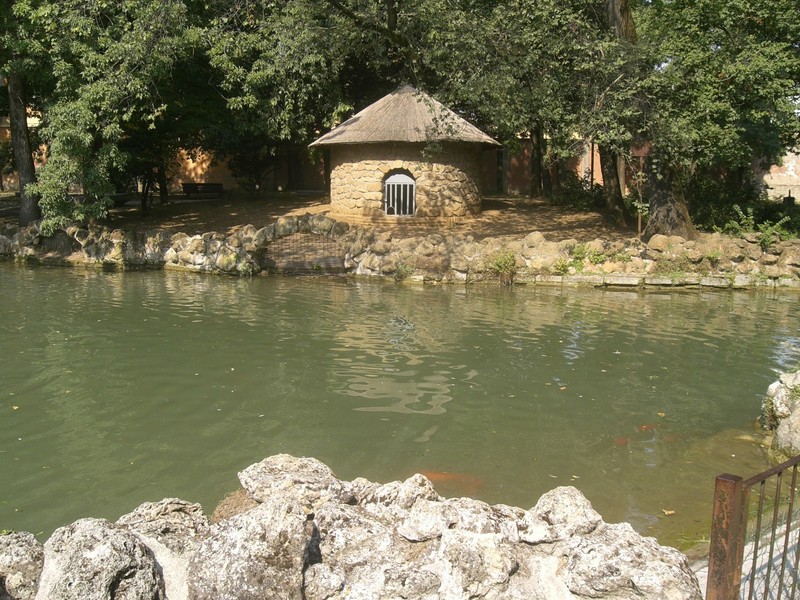 This beautiful garden was created in the late '500 and modified in the ' 800. In 1739 it was opened to the public. Here you can see a lake, various plants and a playground area. Joined to this garden there is a botanical garden. It was created in 1758 by the duke Francesco III to grow rare plants and also medicinal ones. 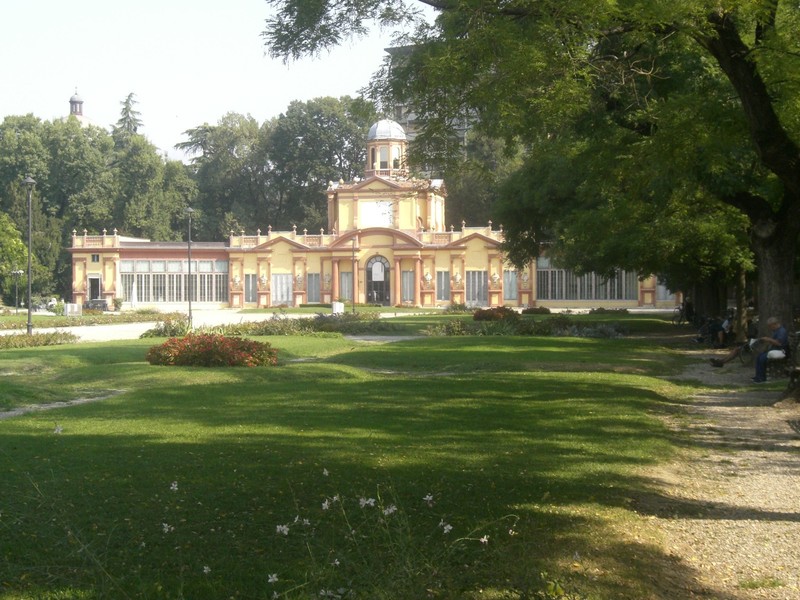 Inside this garden there is a nice building: the Palazzina del giardino Estense. It was built around 1632 and 1634 for the duke Francesco d' Este. Today it is used for art exibitions. 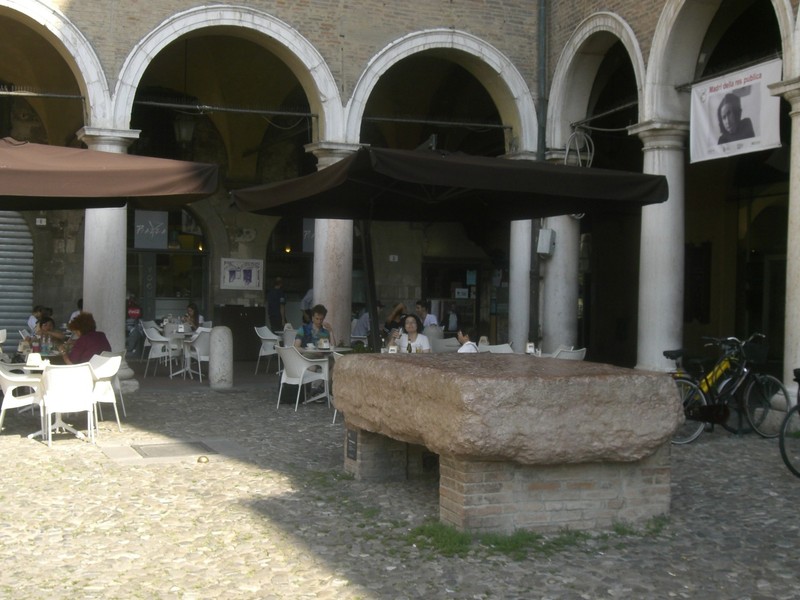 Piazza Grande is Modena' s main square. It was created in the second half of the XII century. It is bordered by the cathedral, by the the town hall and by the bishop' s palace. It is paved with rounded cobblestones.

Here you won' t miss a big red stone. The Pedra Ringadora. It probably was part of an ancient Roman building. In the Middle Ages it was used as a stage for the speakers, but even as a stone of shame.

It was also used to display dead bodies for the identification. 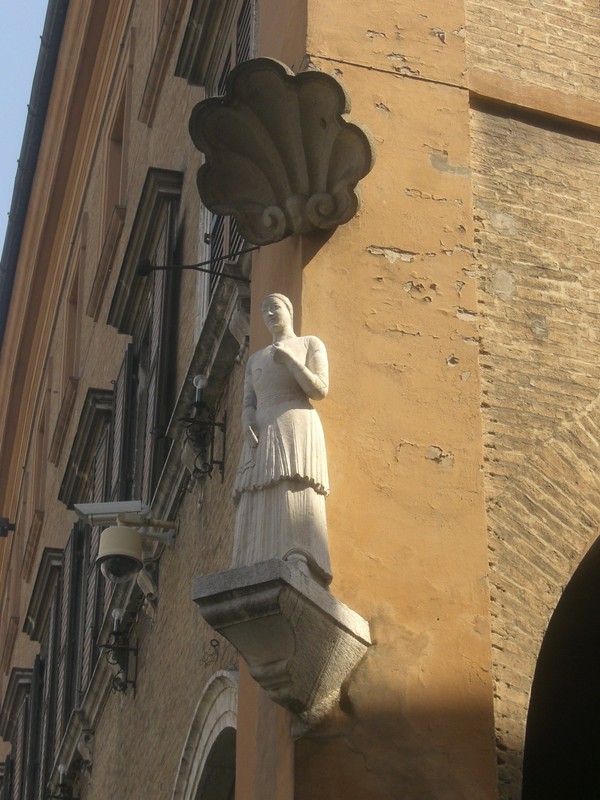 La Bonissima is a nice small statue of a woman which dates to the 1268. There are various stories about it.

They say it could represent a generous noble woman who gave food to poor people in a famine period.

Another story is that La Bonissima should represent honesty at commerce. Bonissima comes from " bona esma" i. e. fair mesure. In old times this statue held a scale and was located on pedestal where various units of measure were written.

You can see La Bonissima on the municipal palace (the town hall) between via Castellano and piazza Grande. 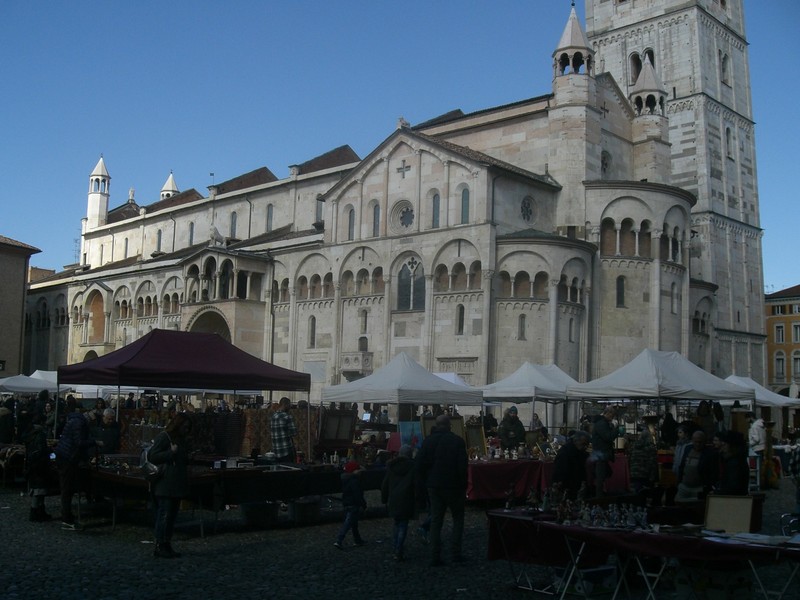 The cathedral of Modena (duomo) was built from 1099 and completed between 1100 and 1300. This church stands on the site where two previous churches had been built since the fifth century. 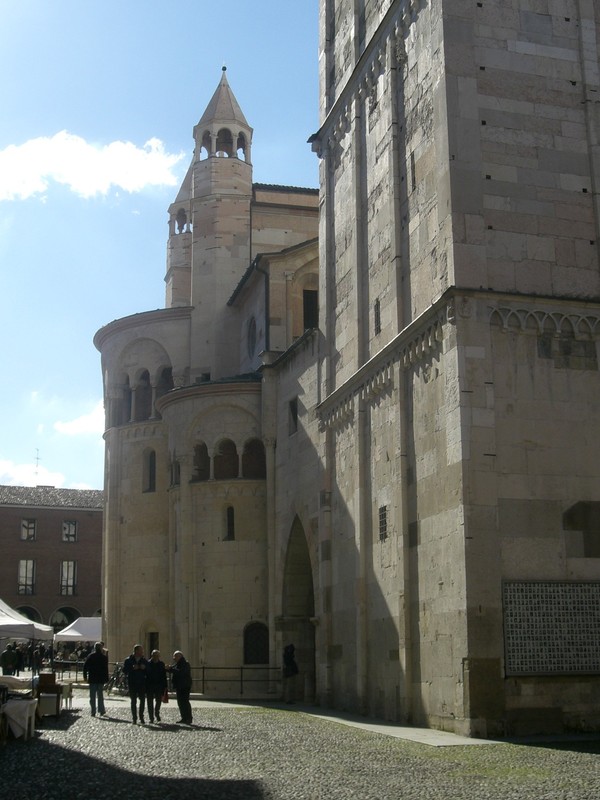 It was built by the architect Lanfranco on the site of the grave of Saint Geminiano.

From the end of 1100 to 1300 the works of this church were carried on by the so-called Maestri Campionesi. They were architects who came from Campione; in the Lombardy region.

The bell tower joined to the cathedral is named Ghirlandina. It is 86 meters tall. I think you can climb it to its top. 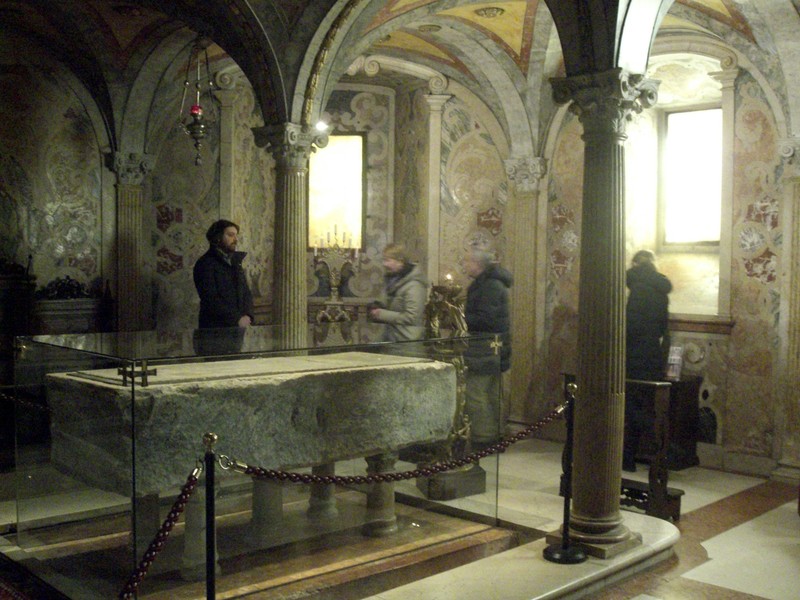 Inside the cathedral there is a crypt. Here you can see the sarcophagus of Saint Geminiano and lots of nice carved columns. 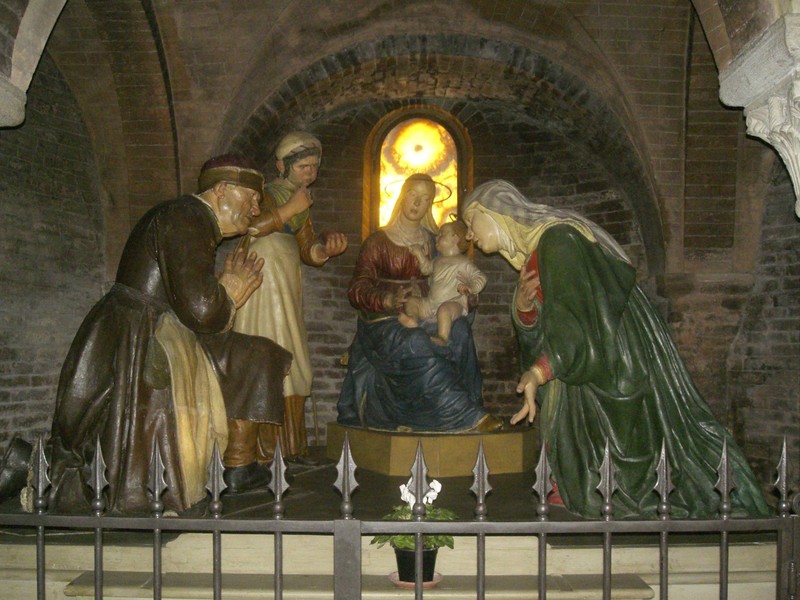 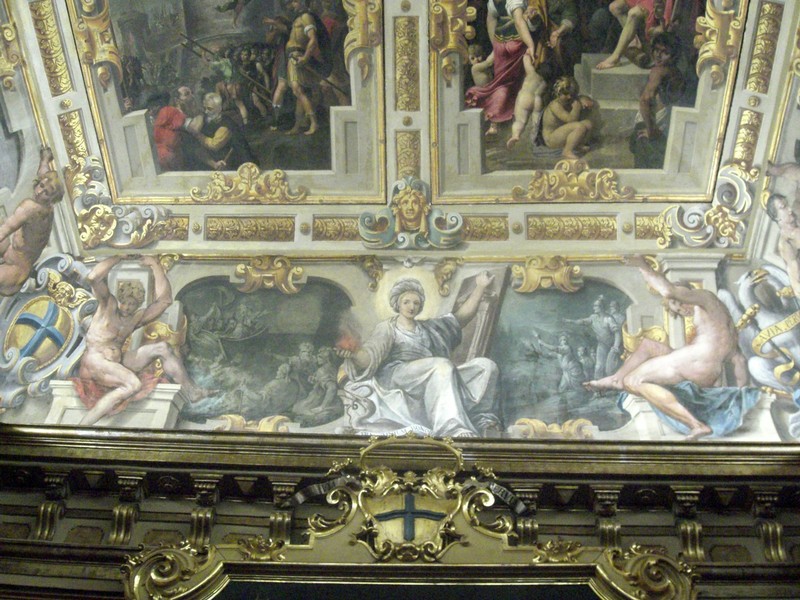 The town hall is made from various palaces joined together and restored between the 16th and the 17th centuries. These palaces were originally built from the XII century. 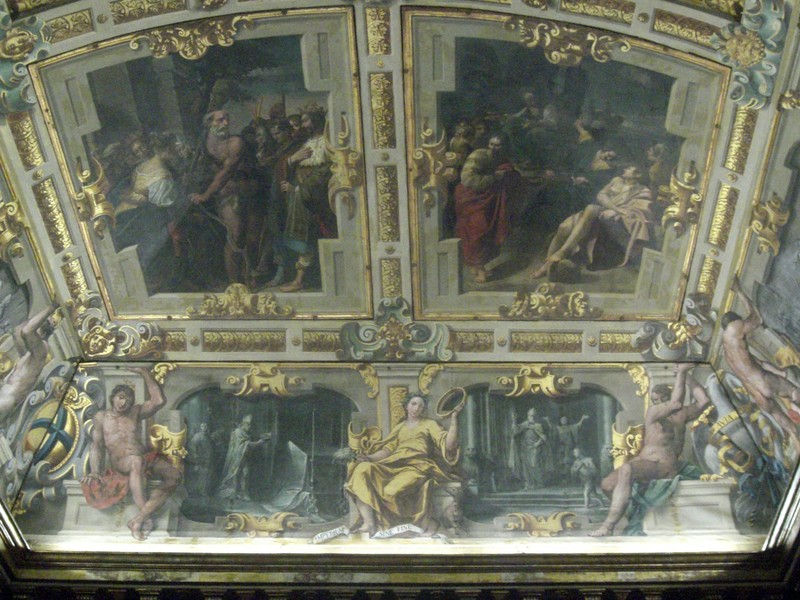 Inside the town hall there are some rooms open to visitors.

Here is a short summary; the Camerino dei Confirmati. This room was painted in 1770. Another room is the Sala del Fuoco. It is decorated with frescoes dated to 1546.

The Sala del Consiglio Vecchio has a ceiling painted at the beginning of the 1600.

Another interesting room is the Sala degli Arazzi. Its walls are decorated with 18th century paintings on tapestry like canvases. Another room you can visit is the Sala dei Matrimoni; the wedding hall. 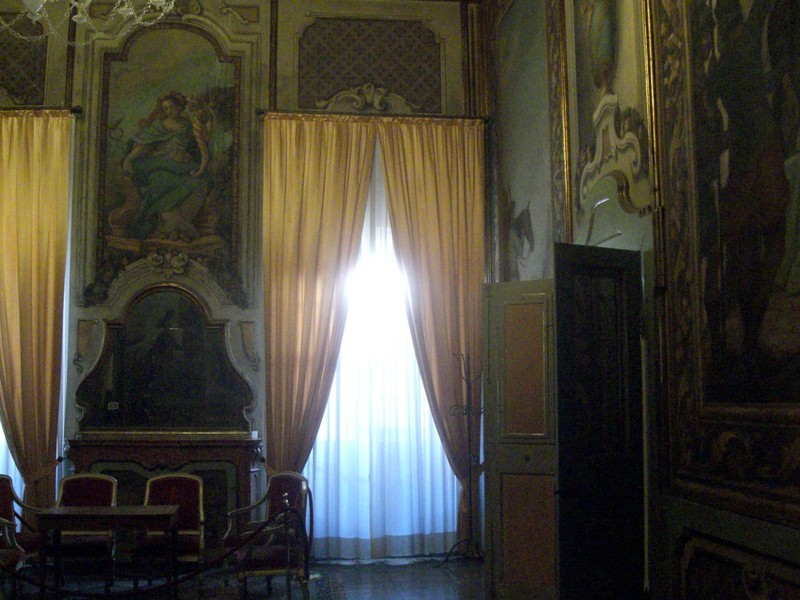 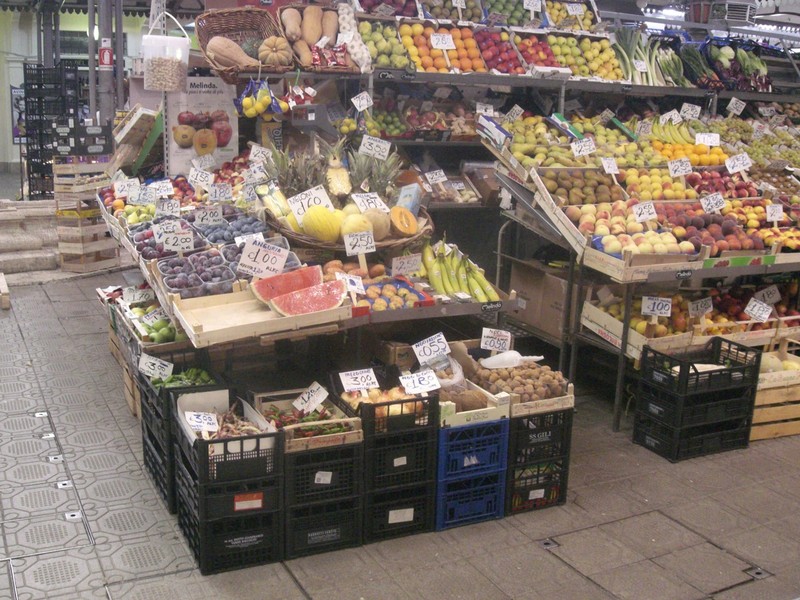 The Mercato Albinelli is a quite large covered market. It was built in the 20' s of the 1900 in Liberty style.

Here you can find a large selection of fruits and vegetables stalls.

There are also several meat and fish stalls and some bakeries as well. Here you can find several typical Modenese pastries. This market is a good place to buy various typical products of the Emilia Romanga region; as cheeses, cold cuts and ravioli (filled dumplings).

There is even a kind of pharmacy into the market.

You can have a lunch inside this market. There are some eateries inside. 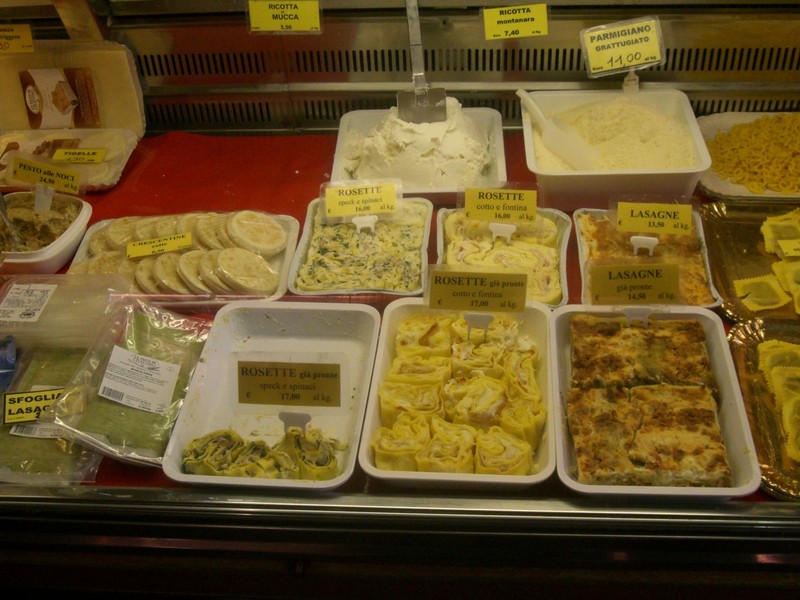 This market is open usually every morning except on sundays. It is not far from the main square. 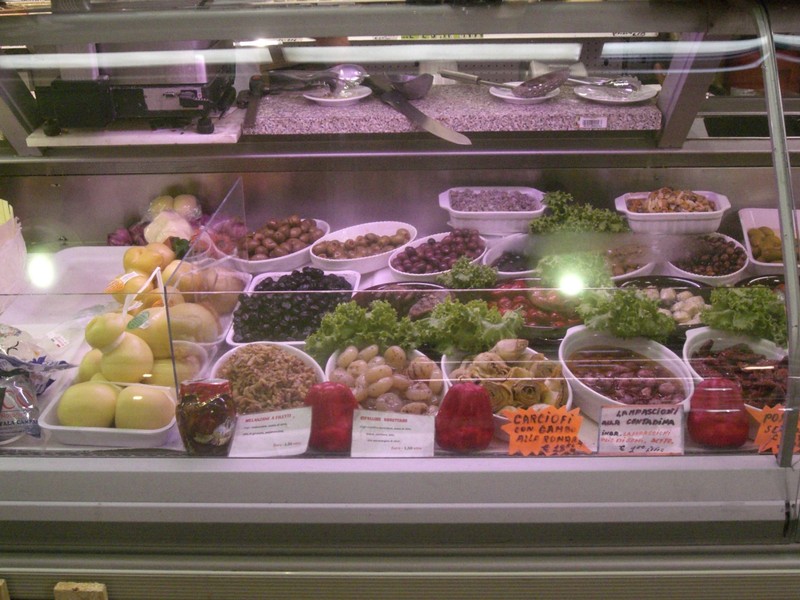 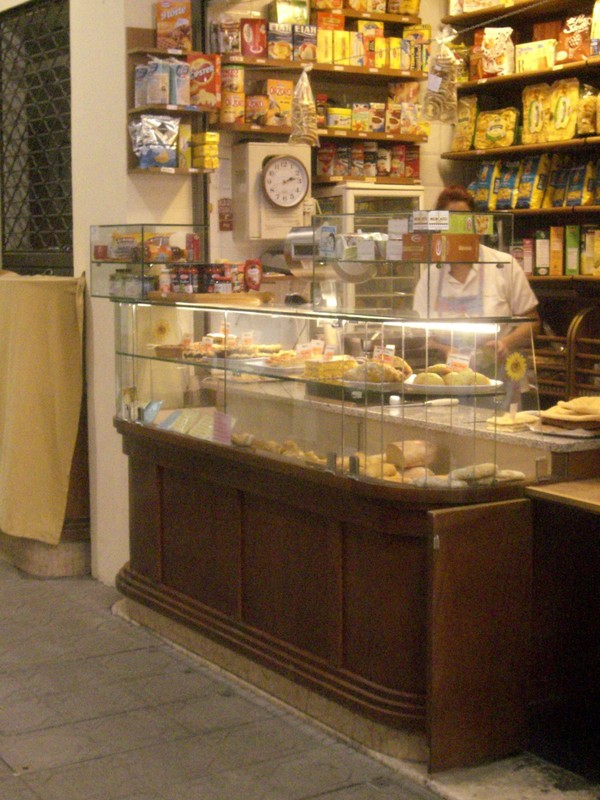 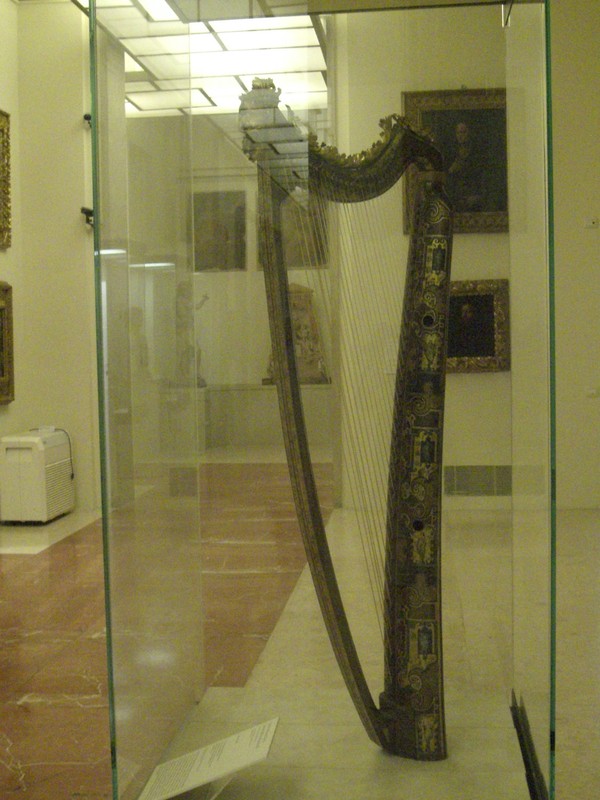 The Palazzo dei Musei is a very large palace which its original destination would be to become a hostel for the poors. Ercole II decided to turn it into a place for arts in 1788. This was meant as a school where young people would be educated to learn various crafts.

This palace houses several museums, as a museum of Medieval and modern art, and an archaeological and ethnological one.

Some of them are closed in the afternoon. One of these that is open until late in the evening is the Galleria Estense. This is an art collection belonged to the Este family. It is made of lots of paintings, some statues and other beautiful masterpieces. I liked very much this museum. 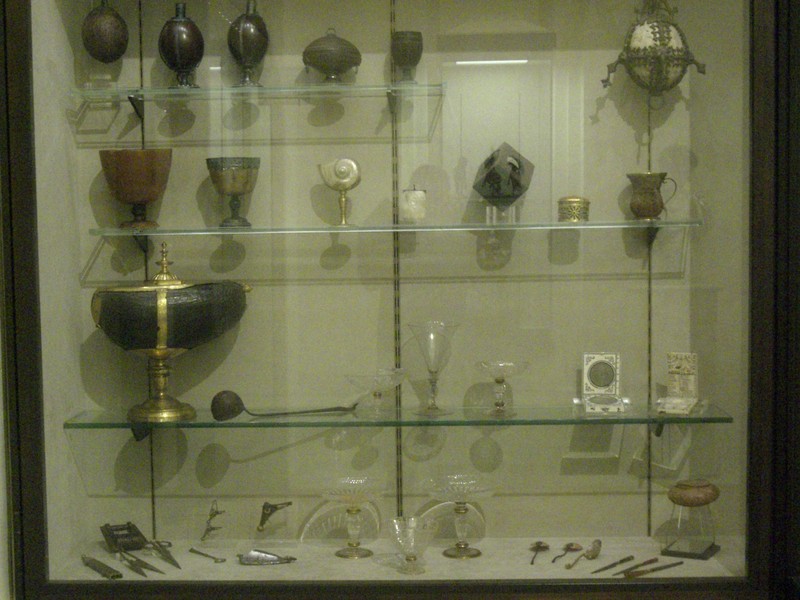 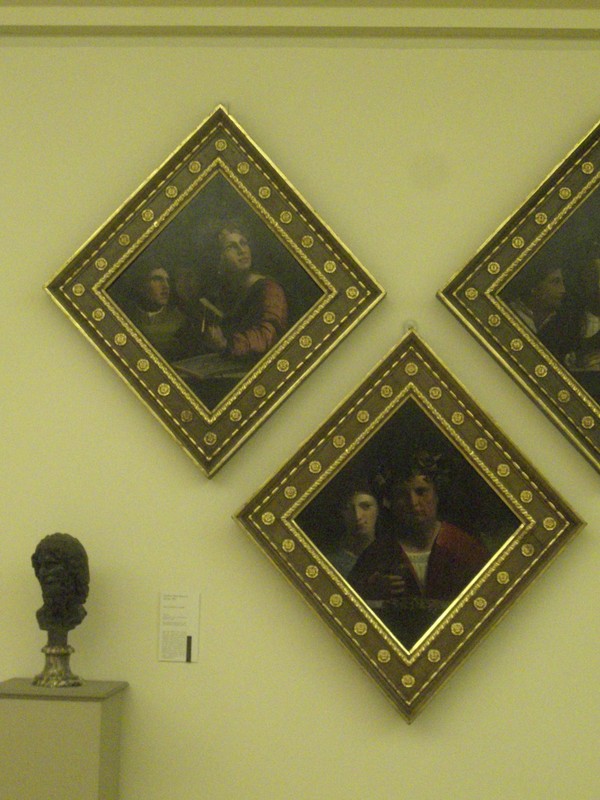 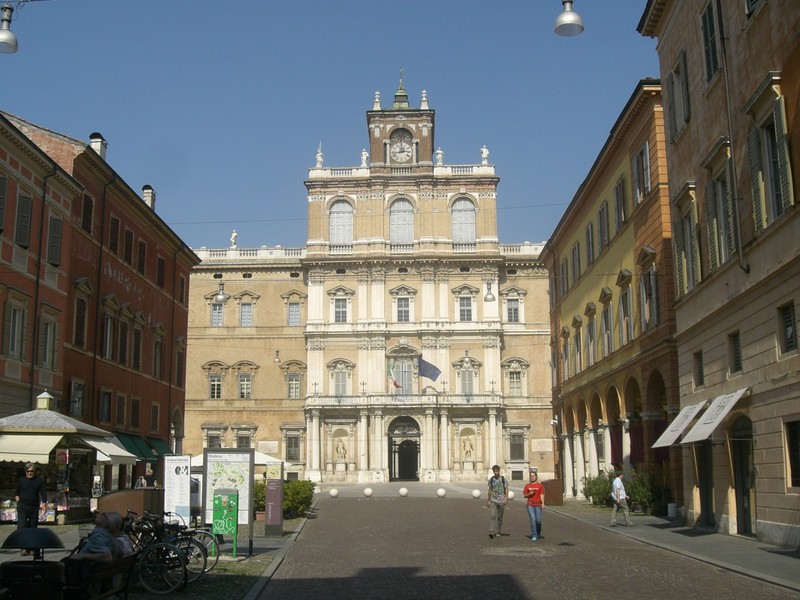 Palazzo Ducale was built from 1634 on the site of an earlier castle. It was used as the court of the Este family until 1861. Today it is occupied by the military accademy.

You can visit it inside on guided visits some saturdays and sundays. You have to book your visit at the IAT office in piazza Grande, 14. Tel.059 2032660.

Inside you will visit the Salone d' Onore with 1696 frescoes and the 18th century Salottino d' Oro.

I haven' t visited this palace yet, but I am going to do it next time I visit Modena.