Malcesine is a beautiful lake side resort situated on the eastern shore of Lake Garda. It is some 60 kilometers far from Verona.

It has a beautiful old core made of a maze of narrow cobbled lanes and stone houses.

Malcesine has a good choice of accomodations, restaurants, cafes and shops. It is a very popular summer holiday resort. 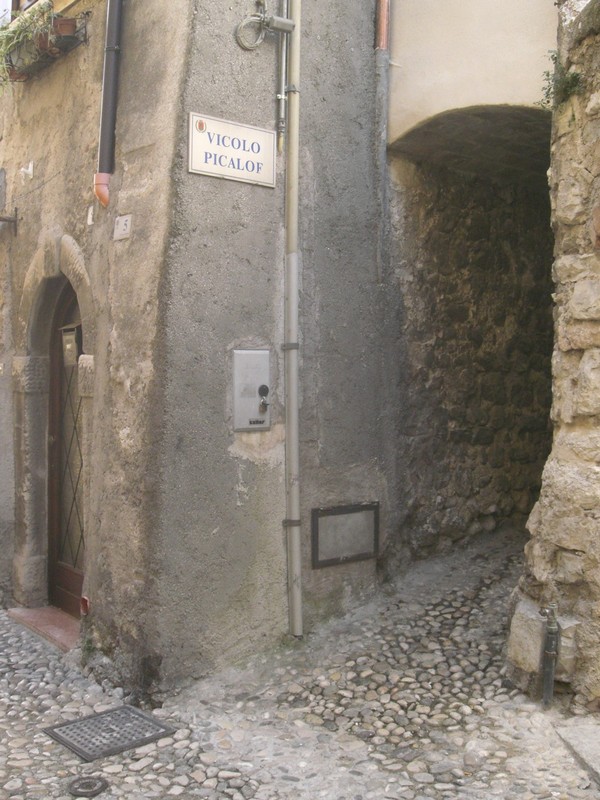 I suppose this should be one of the narrowest street in the world. Vicolo Picalof. 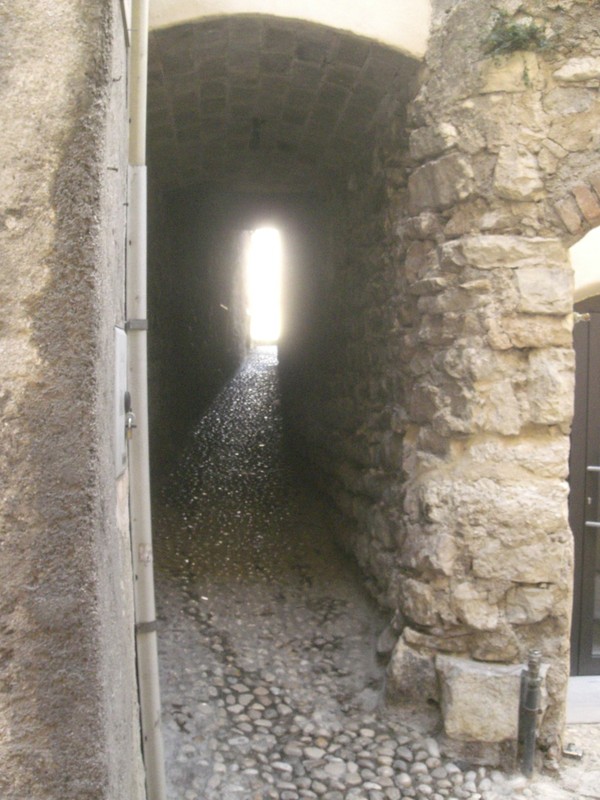 Here you see another picture of this narrow lane. 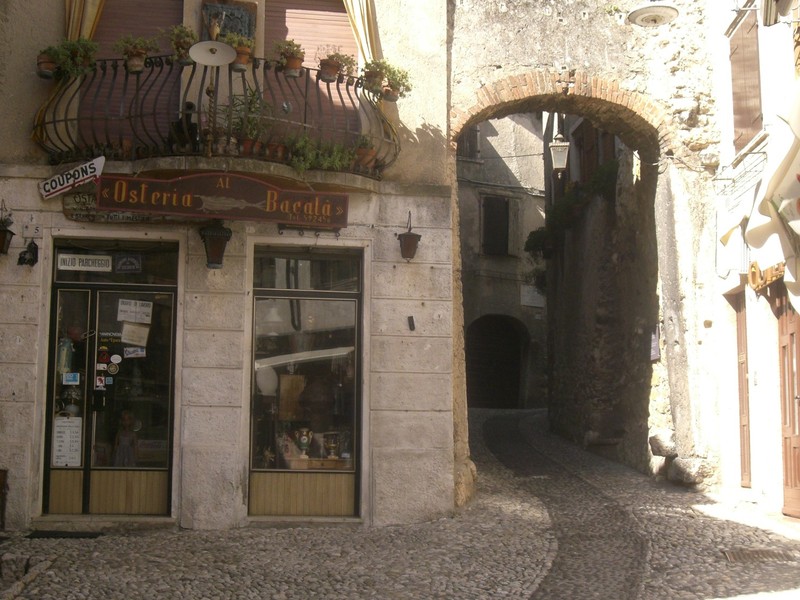 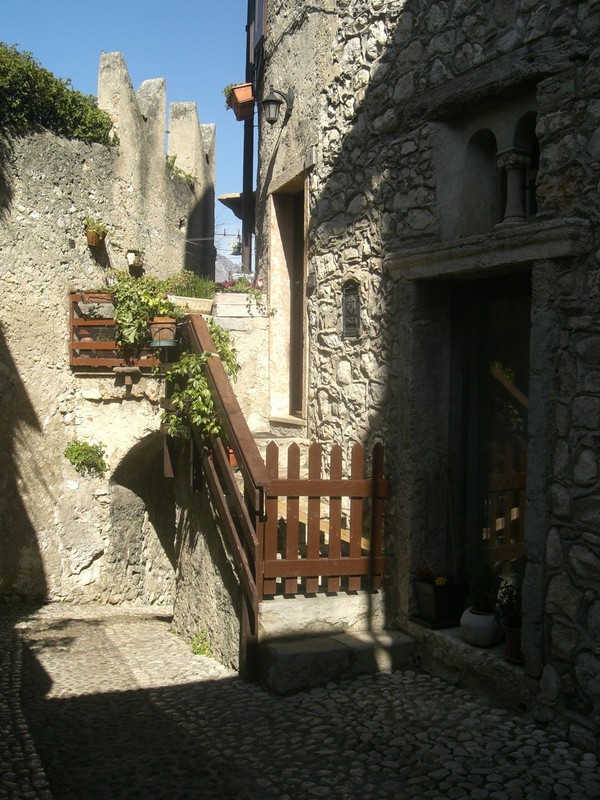 A stone house with a balcony. I like this spot. 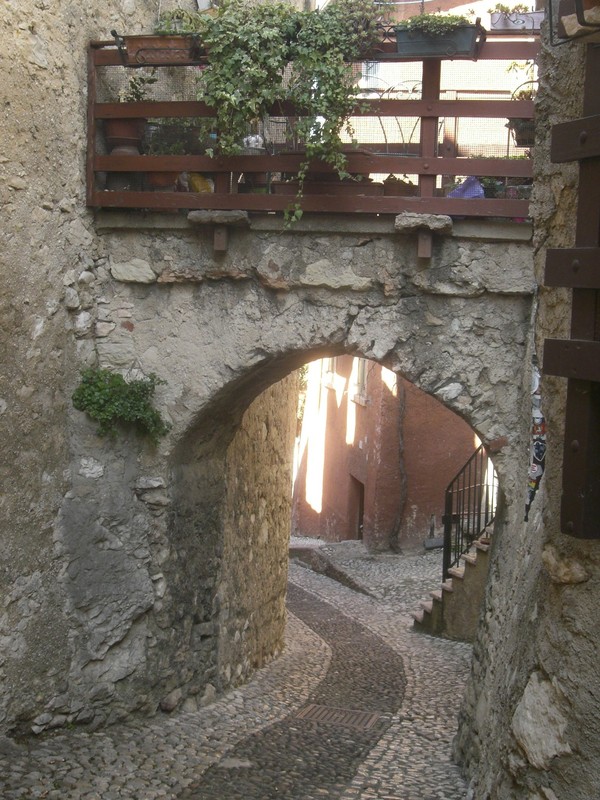 Close up of the balcony. 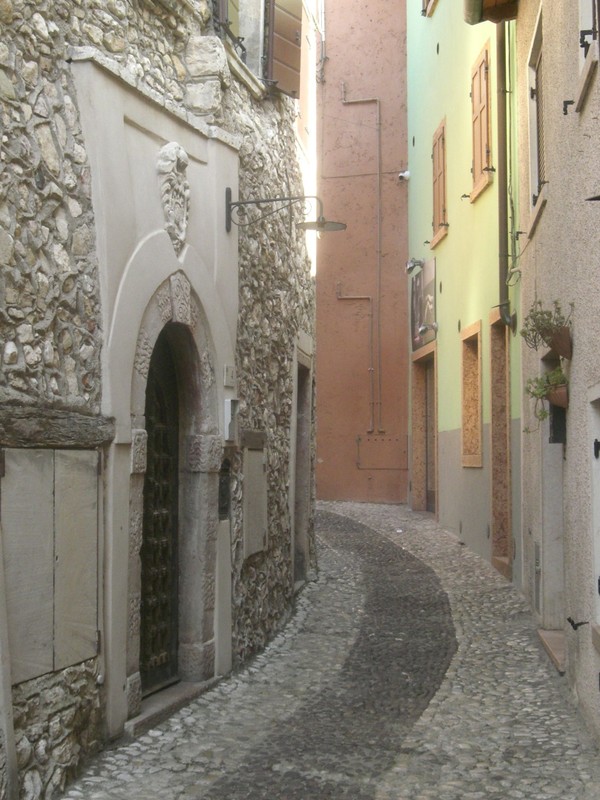 A house with a coat of arms on its facade. 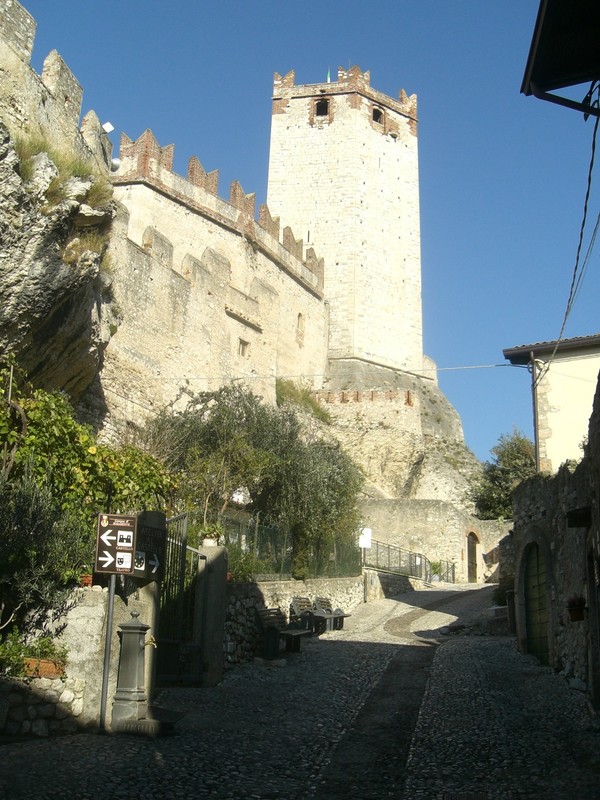 The castle is the main sight in Malcesine. Its name is Castello Scaligero. It was probably built by the Lombards around 500 A. C. on a previous fortress. In 590 it was destroyed by the Franks. They rebuilt it in 806.

It was occupied by the della Scala family from 1277 to 1378. Later, the Visconti family from Milan and the Republic of Venice hold it. Then it was in the hands of the French and the Austrians. During the period of the Austrian rule, which ended in 1866 major renovations work took place inside. 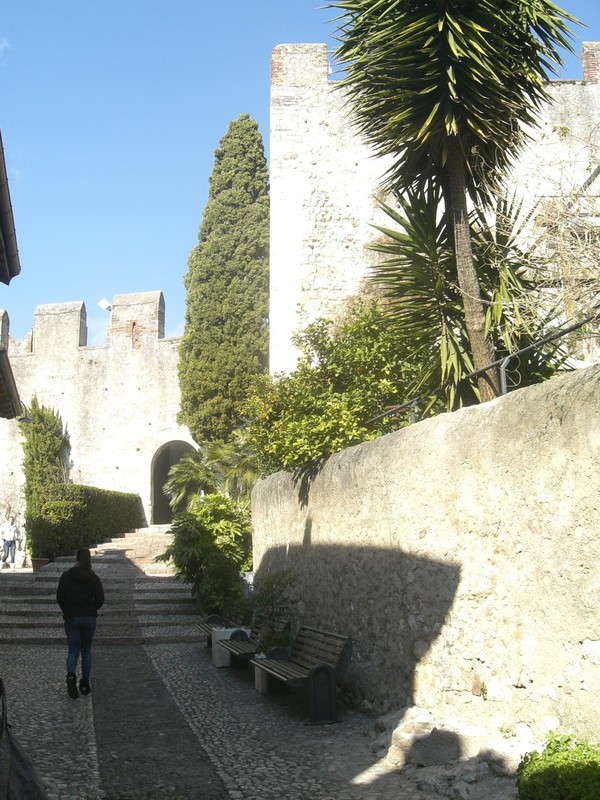 Today the castle houses a museum of natural history; a room dedicated to the German writer Goethe and his visit to Malcesine in 1786. Some areas of the castle are used for various entertainments and for temporary exibitions.

The castle has a tower. You can climb it to its top and enjoy a beautiful landscape over the town. 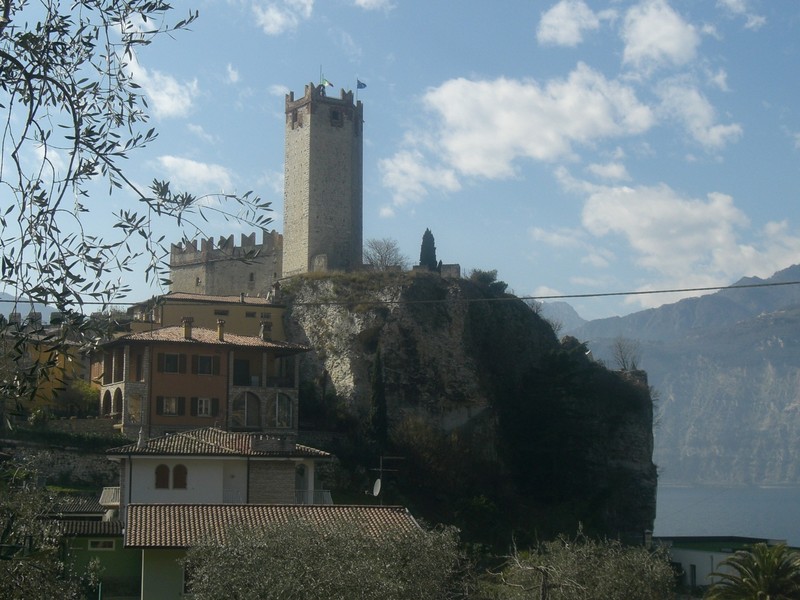 Part of the castle from afar. 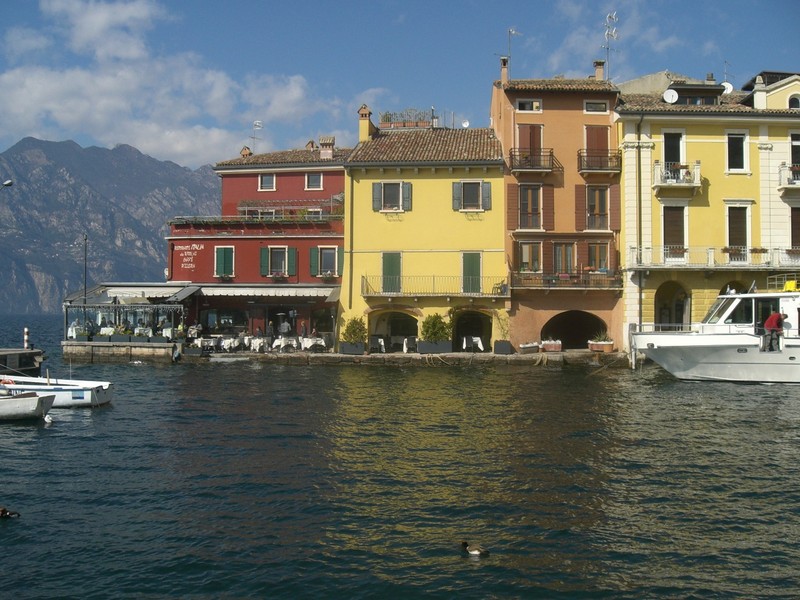 In this picture you see part of the harbour. It is surrounded by a good number of cafes and restaurants. From the harbour you can take a boat to other resort on the lake as Limone or Riva del Garda.