The castle of Torrechiara. 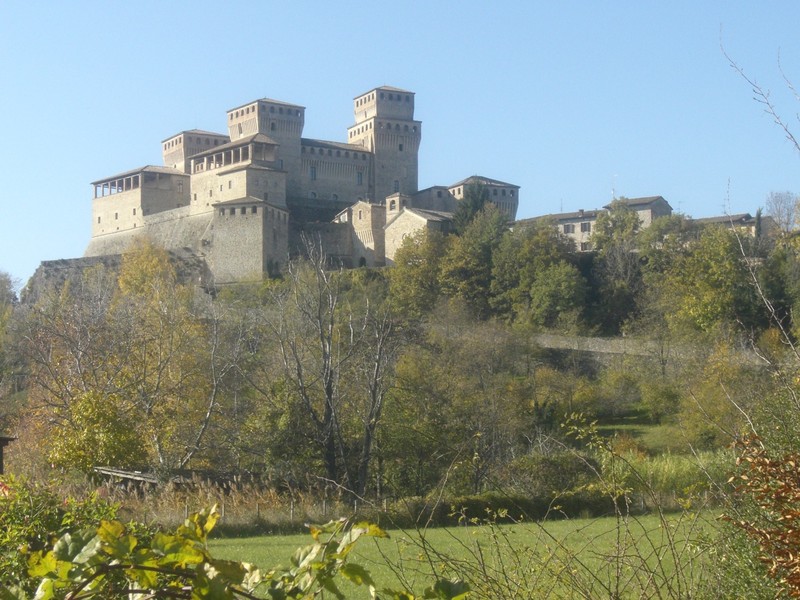 The castle of Torrechiara is located on a hill in Torrechiara; a hamlet which is part of a village; Langhirano; situated some 18 kilometers from Parma.

It was built between 1448 and 1460 on a older fortress by count Pier Maria de Rossi II ; a military leader. The castle had a defensive purpose, but it was built as a mansion for the count' s lover Bianca Pellegrini.

There are lots of rooms to visit inside this castle. All of these have frescoes well preserved despite of their age.

There is even a kitchen and a chapel into the castle; Saint Nicomedes oratory.

Some scenes of the 1985 movie Ladyhawke were shot at this castle. 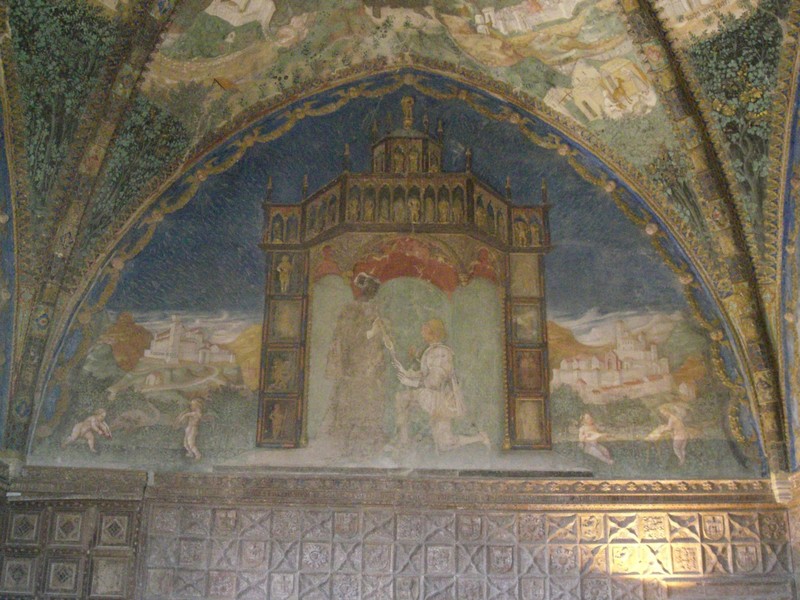 The Golden Room is the main sight into this castle. Its name derives from the golden leaves that decorated the tiles on the walls long ago. It was used as bed room and studio for Pier Maria de Rossi. 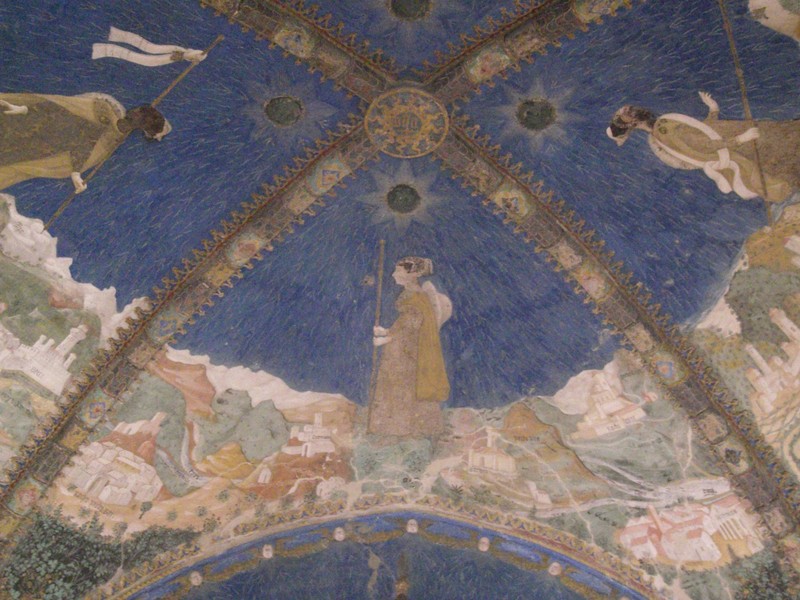 Here you see another spot of the Golden Room. 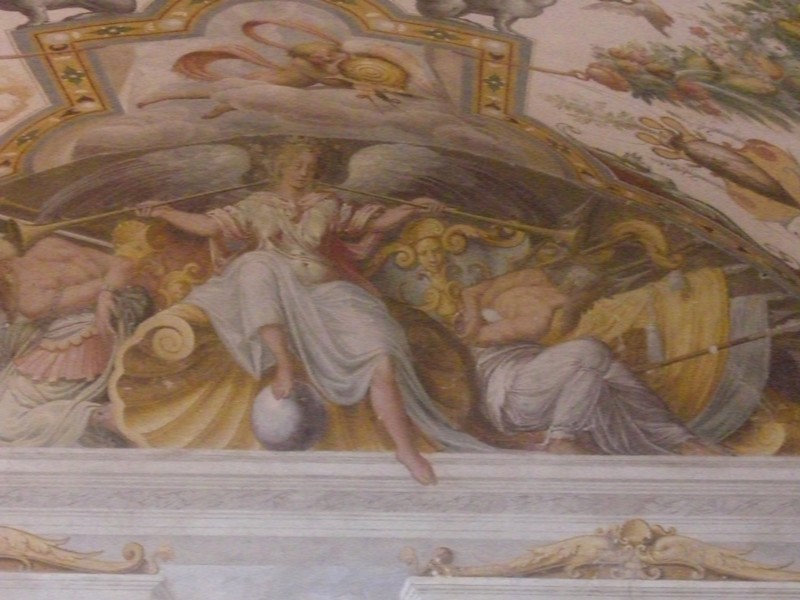 In this picture you see part of the Victory Room. 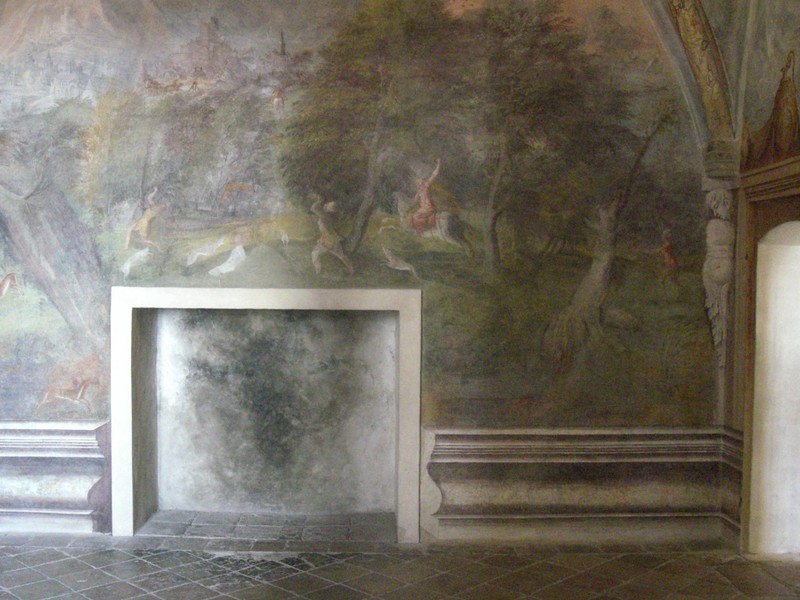 This picture was taken into the Sunset Room. This was one of my favourite ones. In this room you see hunting scenes and various birds flying. 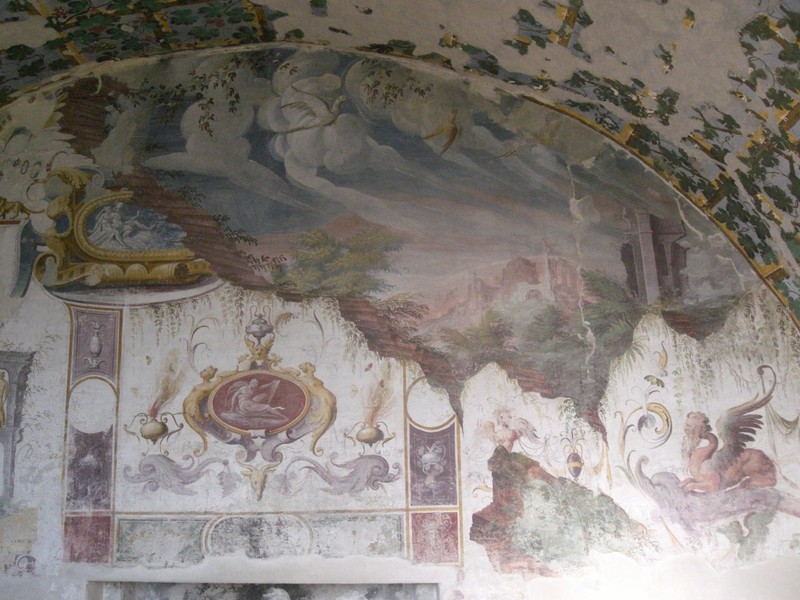 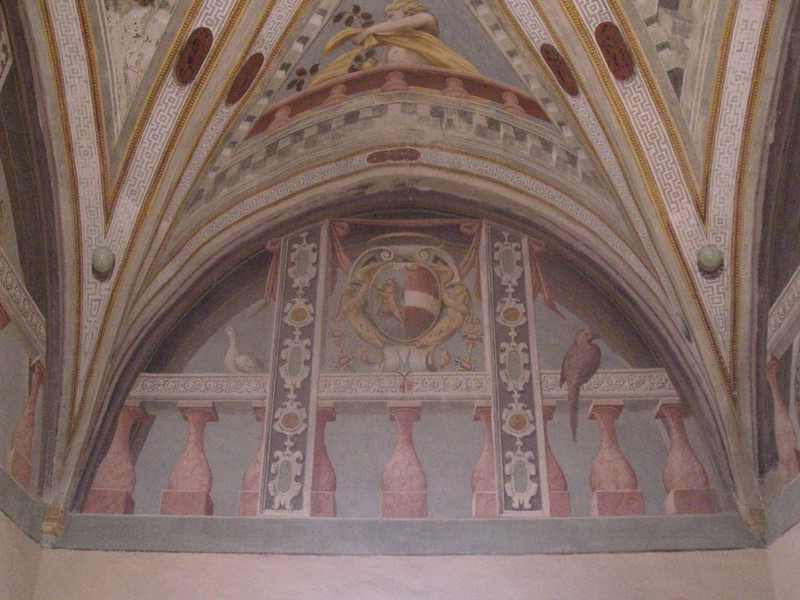 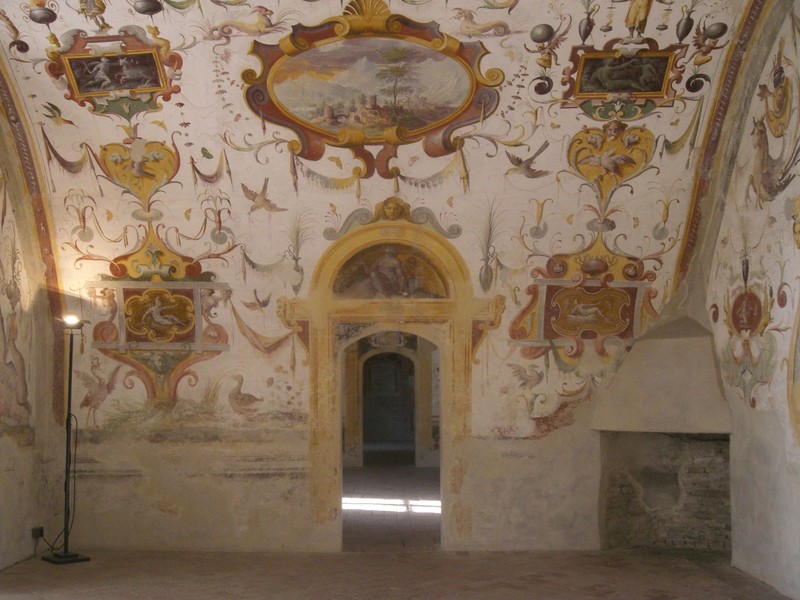 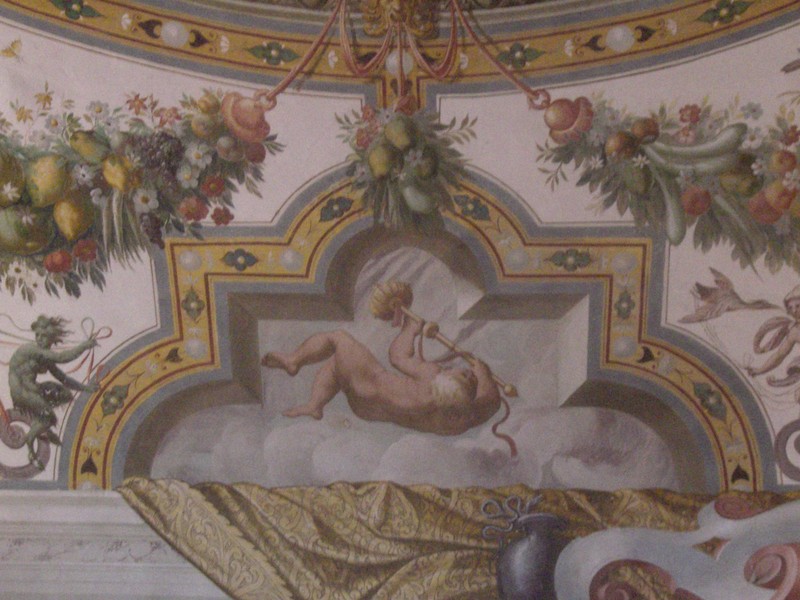 This picture was probably taken into the Room of the Angels. 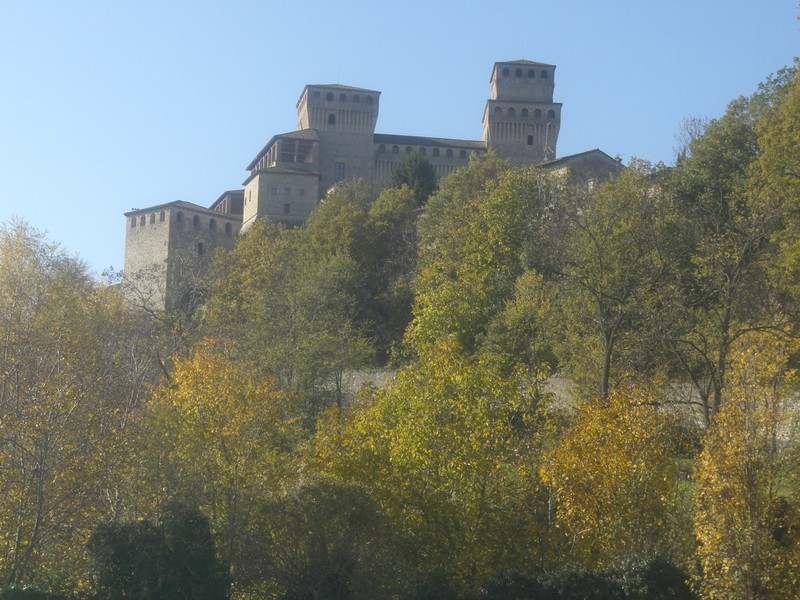 There are some legends about this castle.

They say you can see Pier Maria' s ghost wandering at full moon nights saying "nunc et semper" (now and forever). These words are probably related to his his relationship with Bianca.

Another legend says a ghost of a woman walks at night and kisses every man she meets.

You can go to Langhirano by bus from Parma. Once you are in the village you have to walk up a very long road. The visit to this castle is worth the effort.