Iseo. The village and the lake.

Iseo is a nice town situated on the south western shore of lake Iseo. This lake is not far from both Brescia and Bergamo.

I visited Iseo as a day trip from Brescia. It takes around 30 minutes by train to get there. 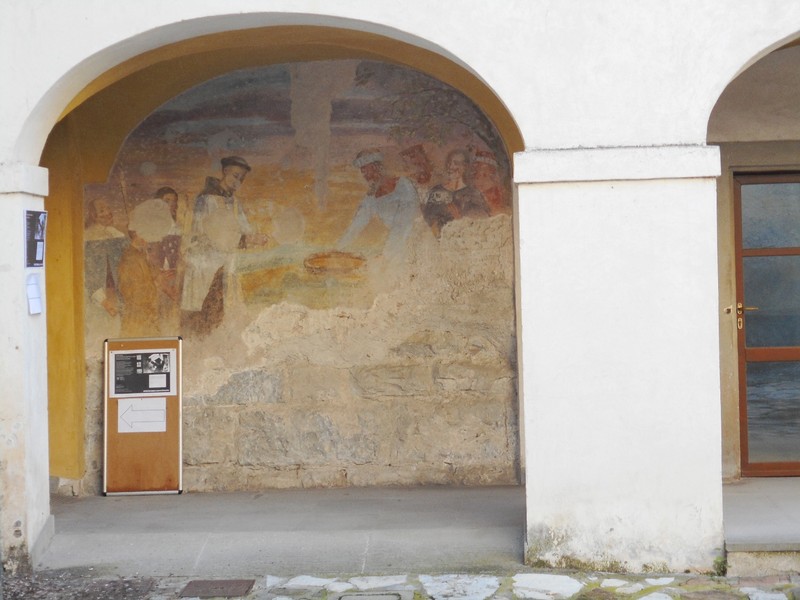 There is a castle in Iseo; the Oldofredi castle. It was originally built in the XI century. In 1611 it was restored by the Oldofredi family who owned it. 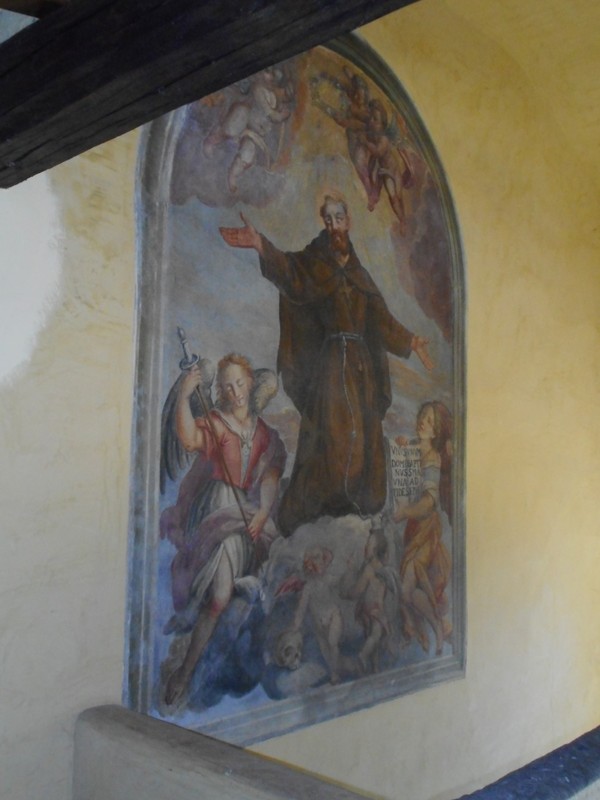 Today the castle houses the public library, a museum of war with things used by the troops who fighted in the two world wars, and some rooms used for exibitions. 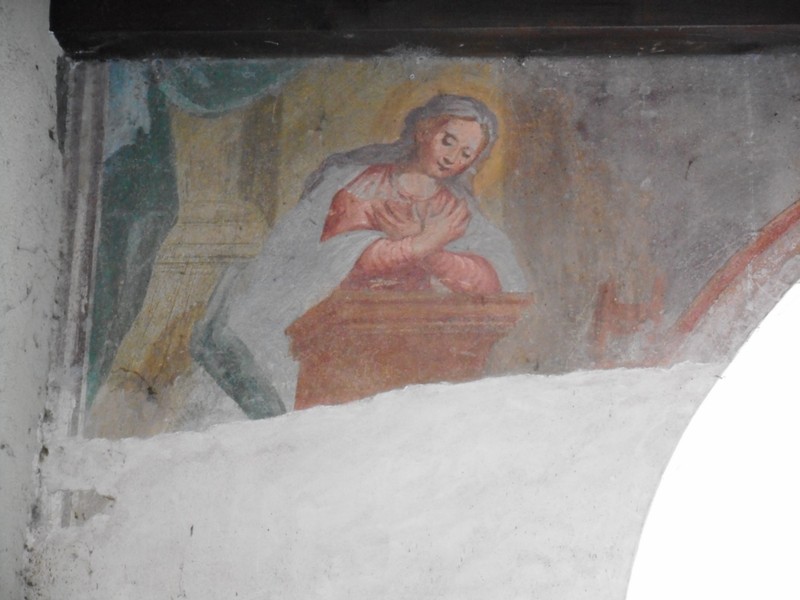 As you can see from these pictures there are some frescoes or part of frescoes inside the castle. In 1586 the castle was transformed into a monastery for Franciscan friars. Most probably these frescoes belonged to it. 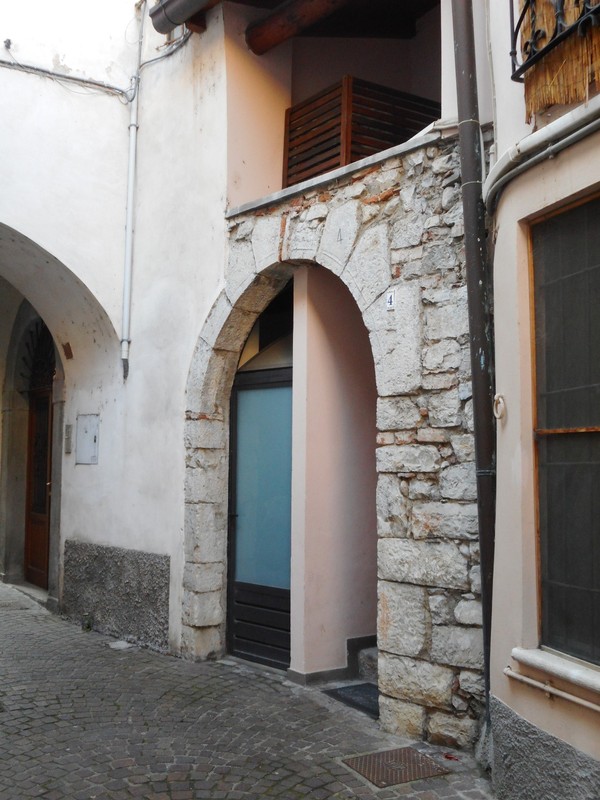 One of the things to do in Iseo, after a vist to the castle, is to get lost in its old core. This area is not large. You will not get lost for long! 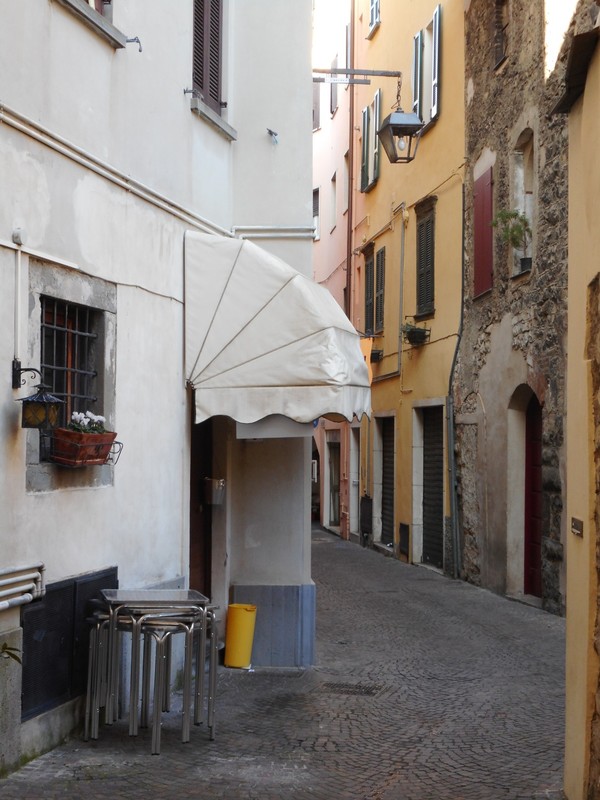 The old core in Iseo is a bit uphill. There are several narrow streets and nice spots there. 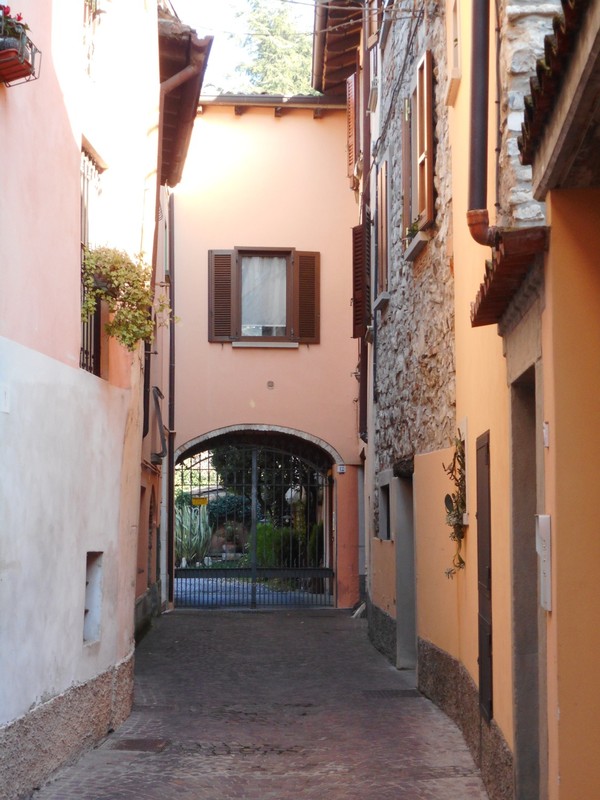 Even in the "modern area" in Iseo you can find some narrow steets as the one you see in this picture. 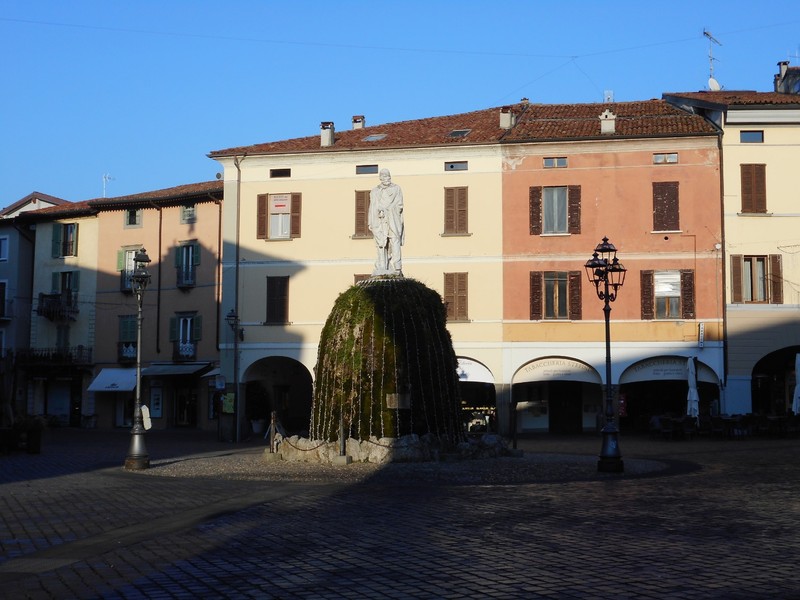 Piazza Garibaldi is the main square in this town. It is almost surrounded by porticoed palaces with shops and cafes. Here you can see a statue of Giuseppe Garibaldi; a very famous Italian citizen. 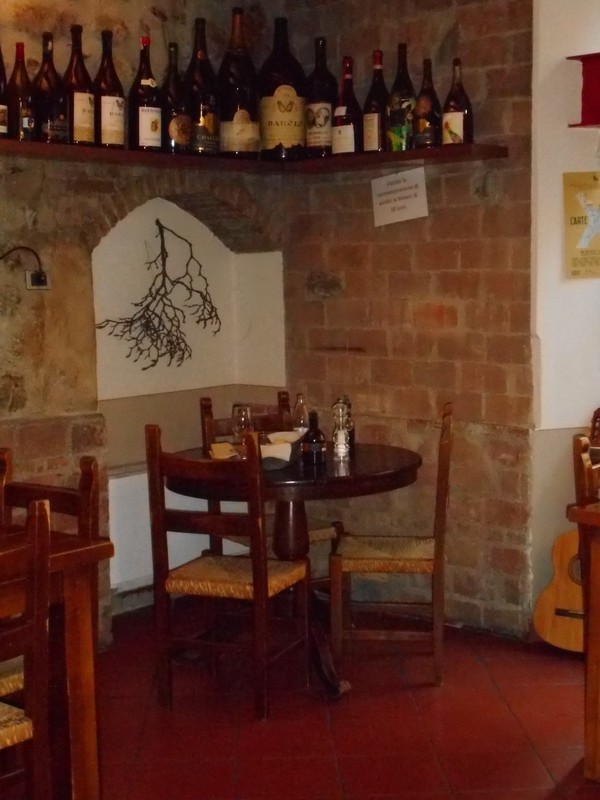 After a long stroll I had a lunch at Osteria Il Volto; a typical restaurant on the main street (via Mirolte). Here they have a good choice of dishes every day. I had filled pasta (ravioli) with ham and cream; a mixed salad and a small glass of wine. The food was good and the price was around 10 euros. Some years ago this restaurant was Michelin starred. 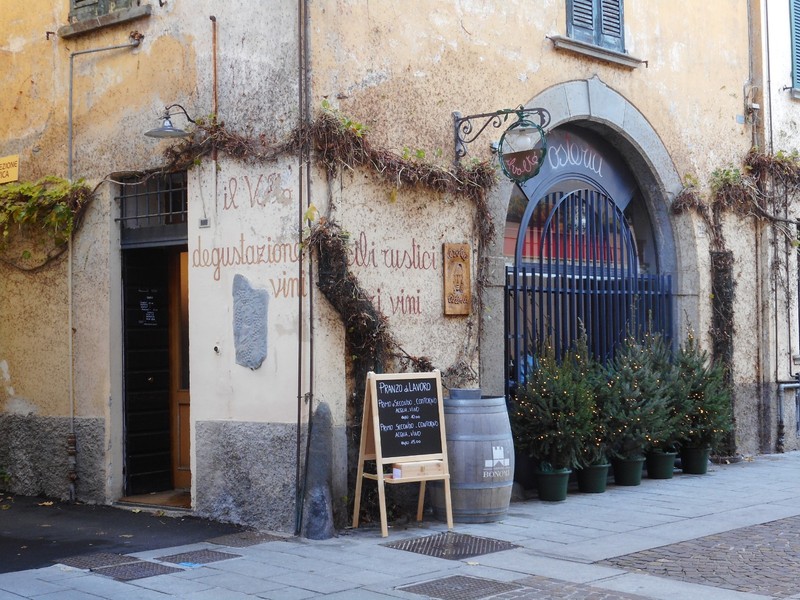 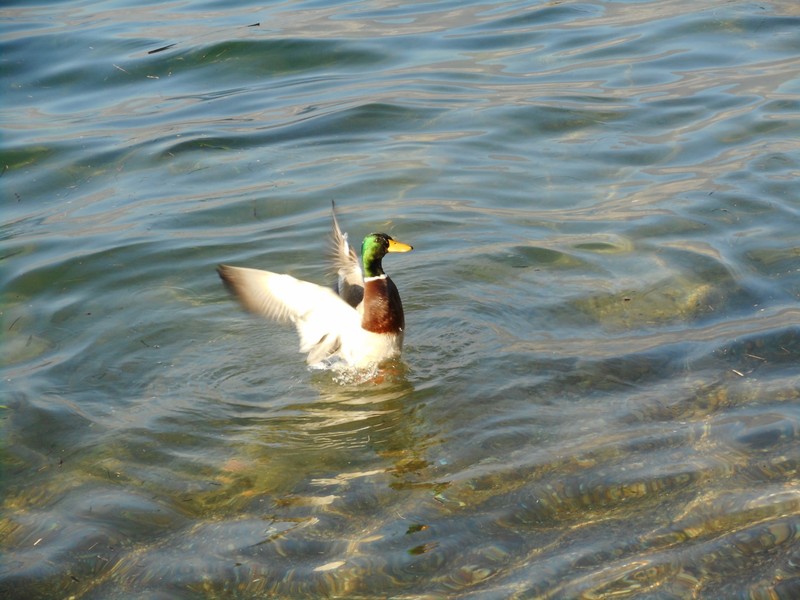 There is a long promenade on the lake in Iseo. I had a stroll there after lunch. Lots of fowls live on the lake. 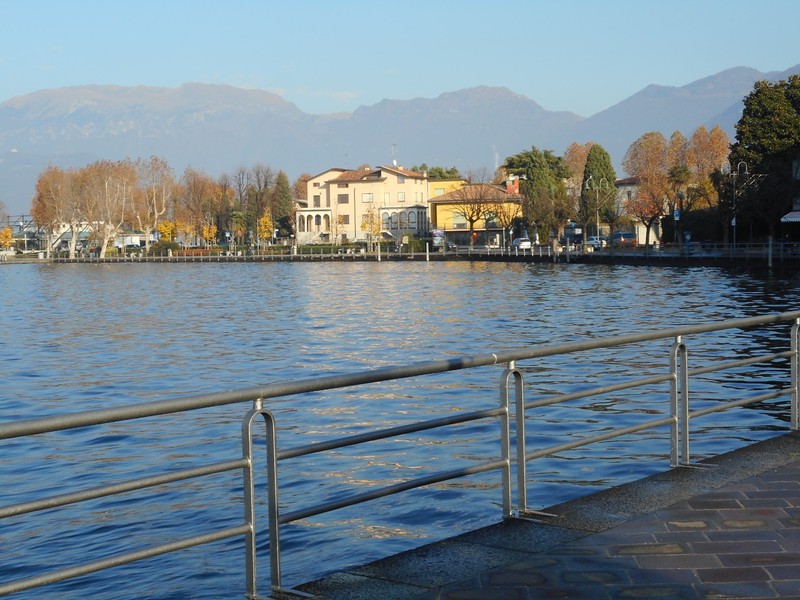 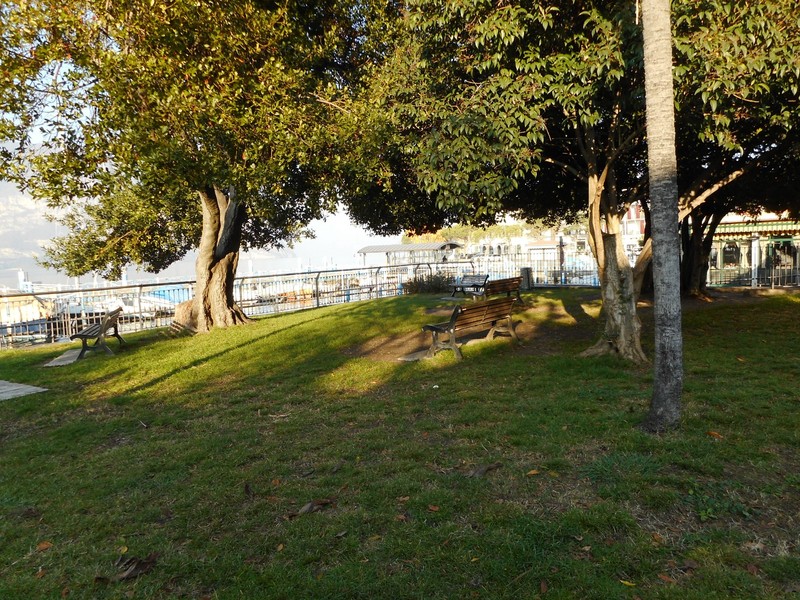 There is a small park overlooking the lake in case one needs a rest. 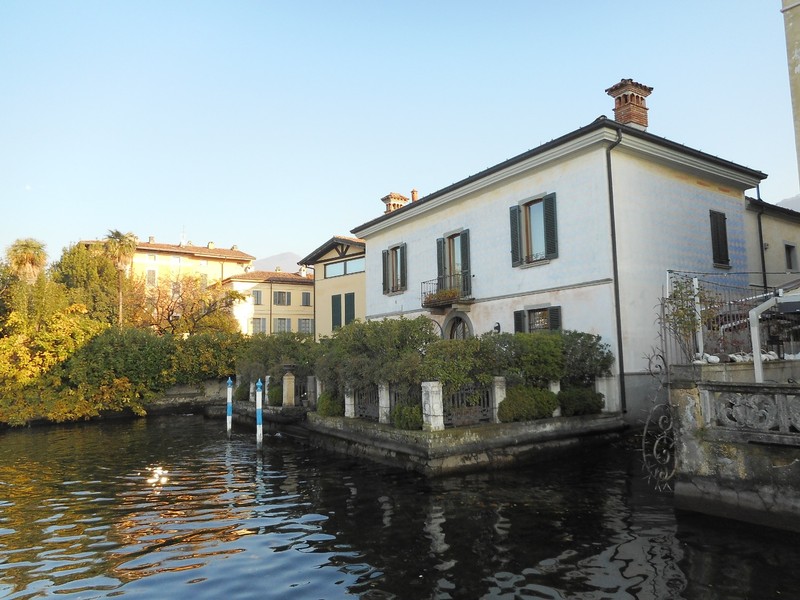 There are three islands on this lake. One of these is Montisola, or Monte Isola. There are some village there; the other islands are privately owned. I cannot tell you anything about this Montisola. I only visited Iseo.

You can get to Montisola by ferry from Iseo, or, I suppose from some other villages.

I hope to go back to the lake Iseo area quite soon.