Some days ago I spent four nights in Trieste. I visited some areas in the city and I also did a couple of day trips. I went to Gorizia and to Muggia.

Gorizia is a beautiful town at the border with Slovenia. I went there by direct train. It took around 44 minutes to get there.

I only spent around four hour in this town, but I explored the main areas in its old core. 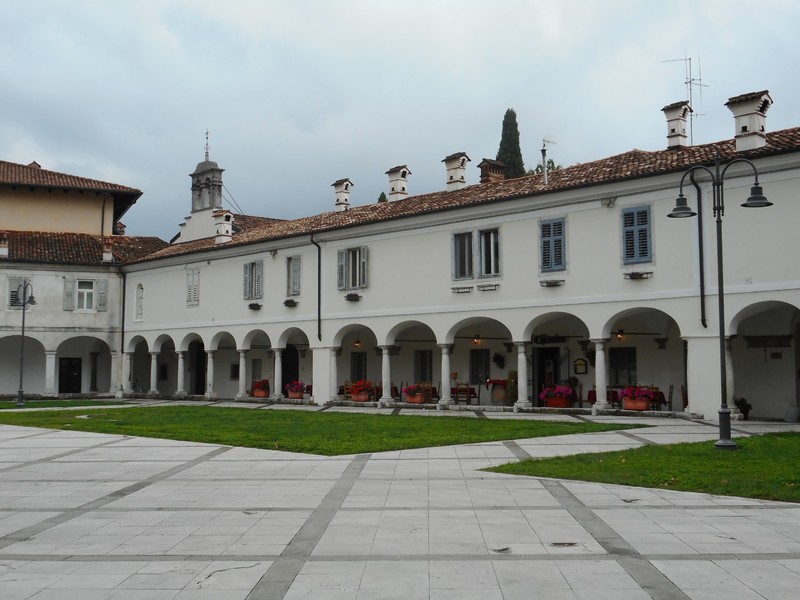 Piazza Sant' Antonio one of the squares in Gorizia. It is partly surrounded by a remain of a cloister of a monastery. 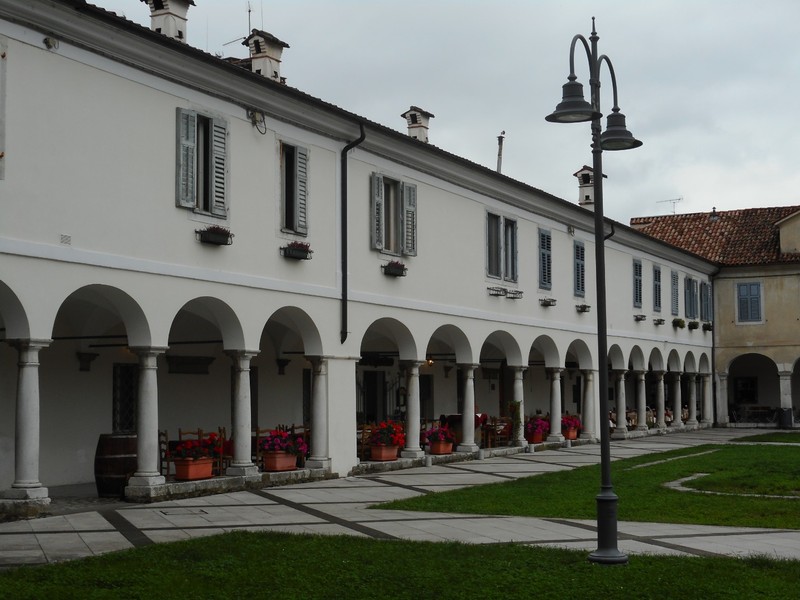 According to a legend this monastery was founded by saint Anthony. 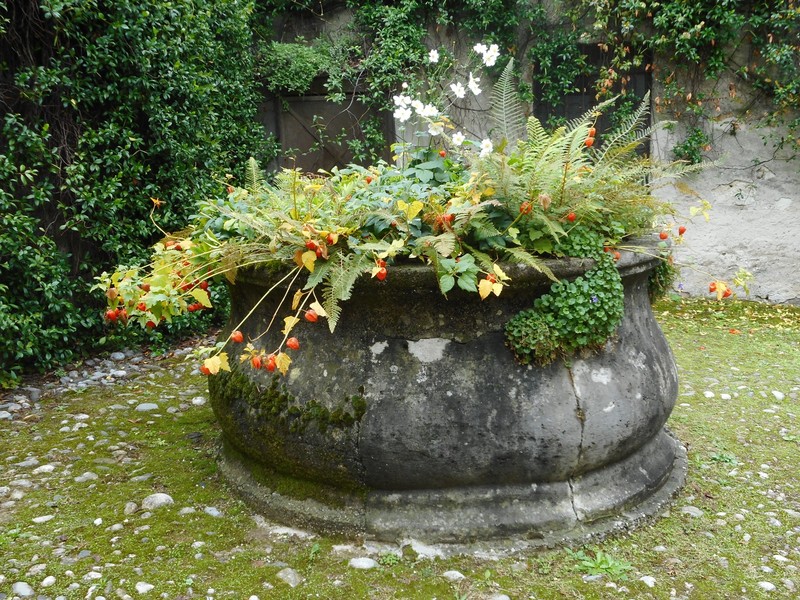 Next to the cloister in piazza Sant' Antonio there is an ancient palace. I checked if it was opened for a visit, but it was not. I spotted this beautiful floral arrangment in its courtyard. 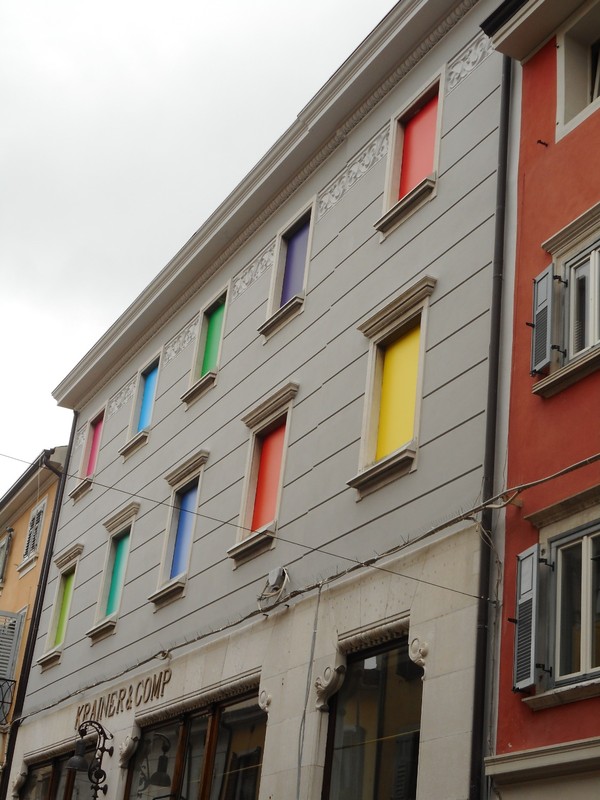 Via Rastello is one of the main streets in the old core of Gorizia. There are lots of shops here. 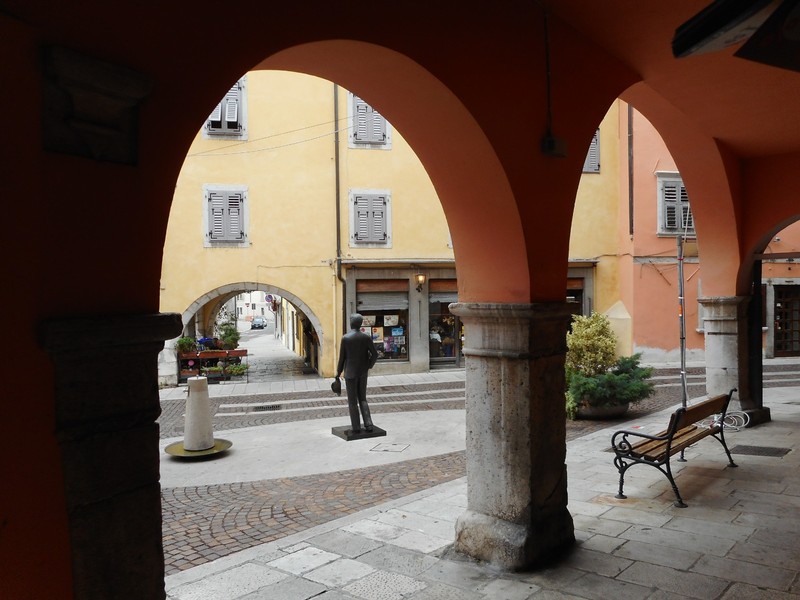 There are some porticoes in Gorizia. 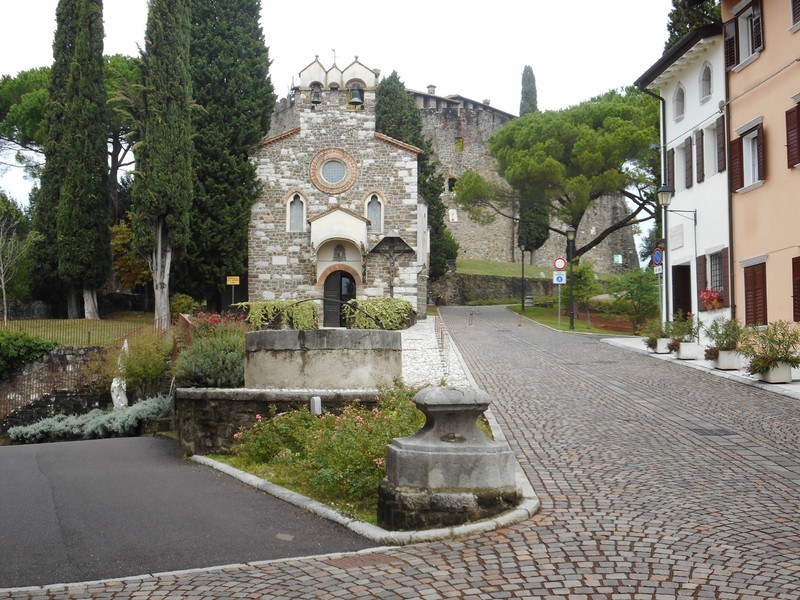 Gorizia is overlooked by a castle. It was pobably founded in the XI century. In the course of the centuries it was damaged, destroyed and restructured many times. In 1937 it was restored to its original aspect.

The castle is opened to visitors. I didn't visit it, but I will do next time I visit Gorizia.

In the precinct of the castle (its name is Borgo Castello) you can see the small church of the Holy Spirit. It dated to the XV century. 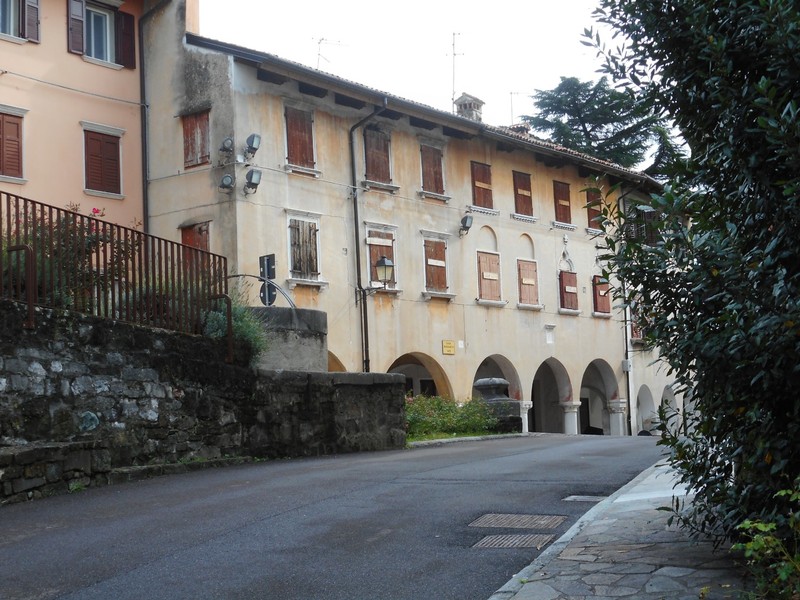 There are also some old houses and a couple of museums in Borgo Castello. 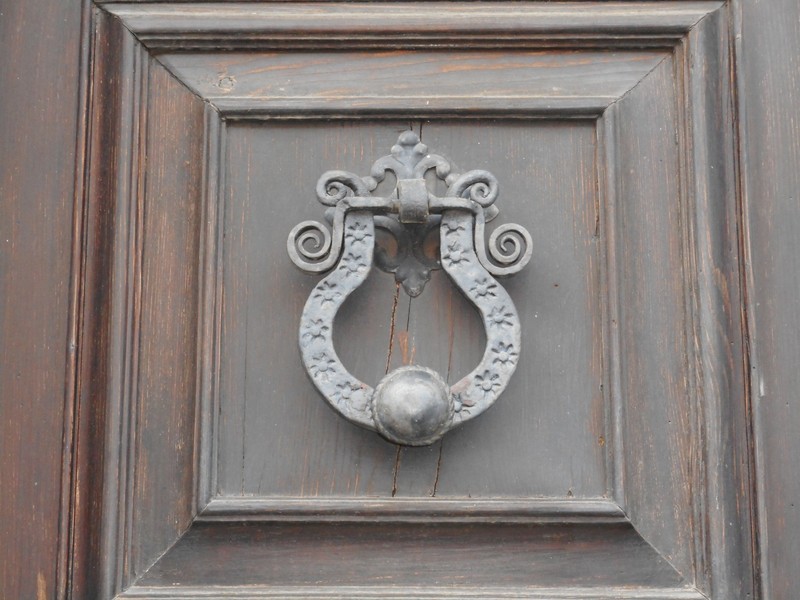 A door knocker in Borgo Castello. 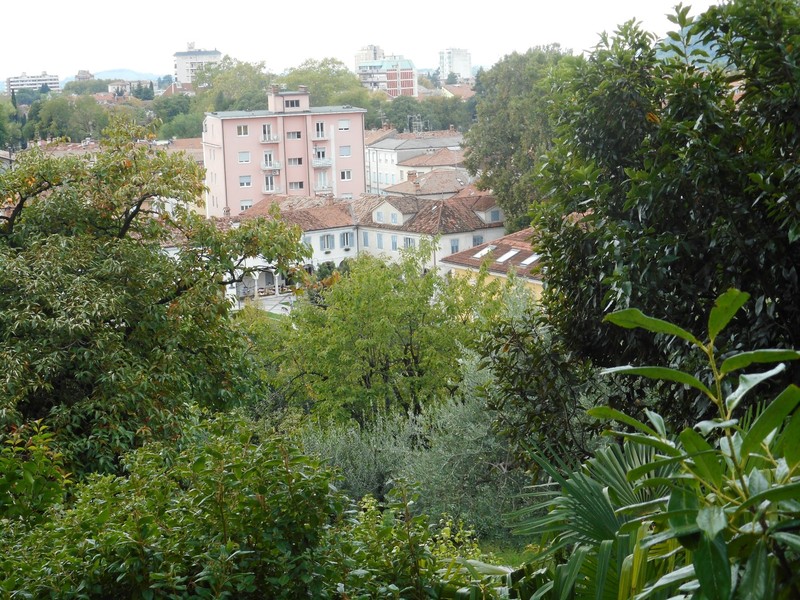 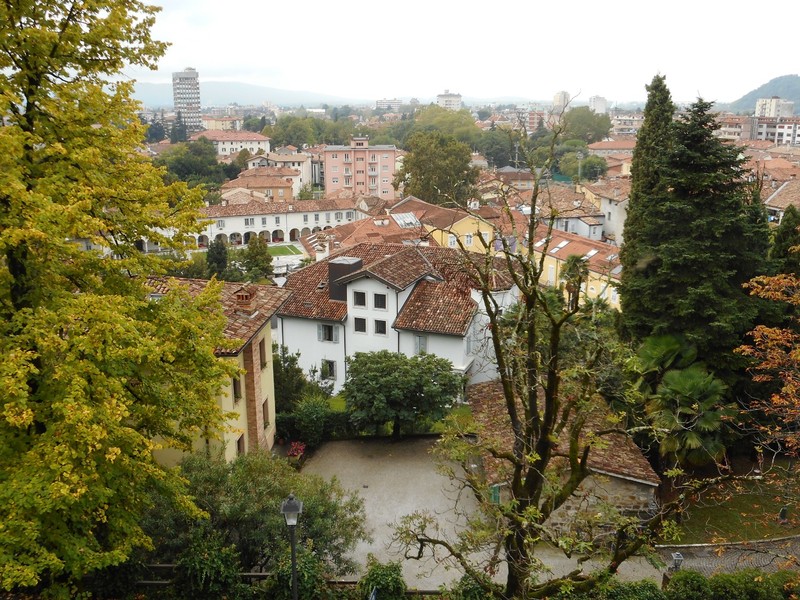 The views from the castle area are relly great. They could be much better with less foliage. 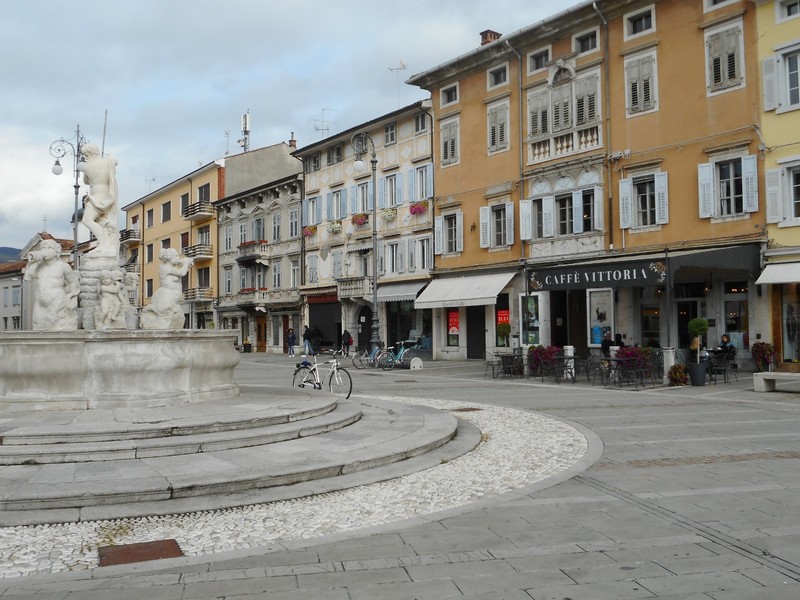 Piazza della Vittoria; the main square in Gorizia is very large. Here you can visit the church of sant' Ignatius. 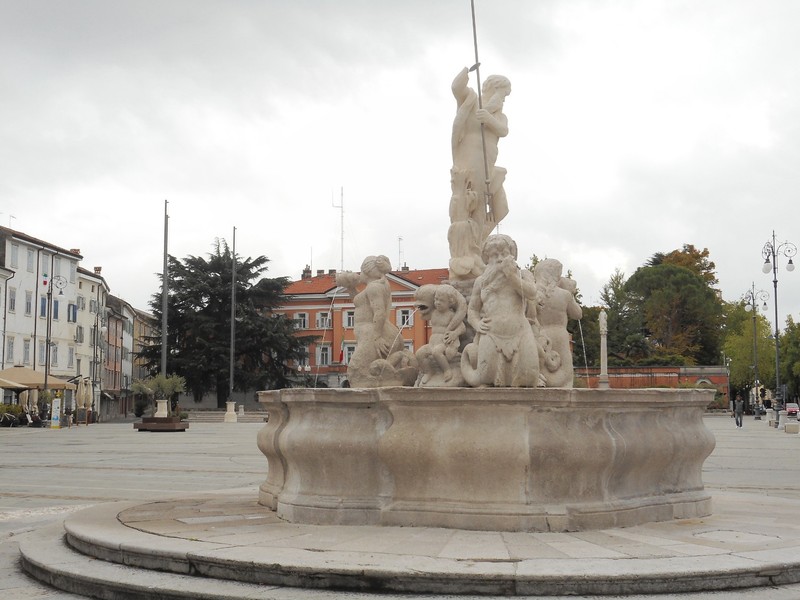 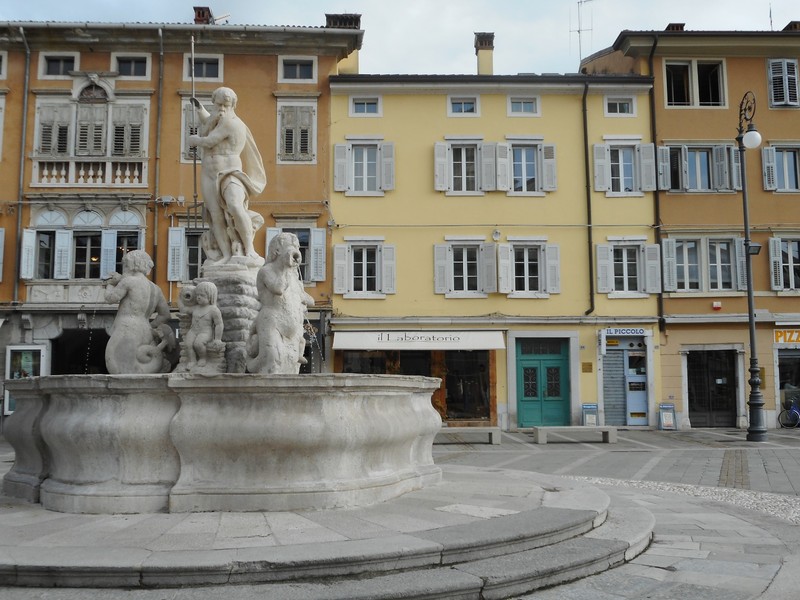 Another sight at this square is the Neptune fountain. It was built in the 1700. 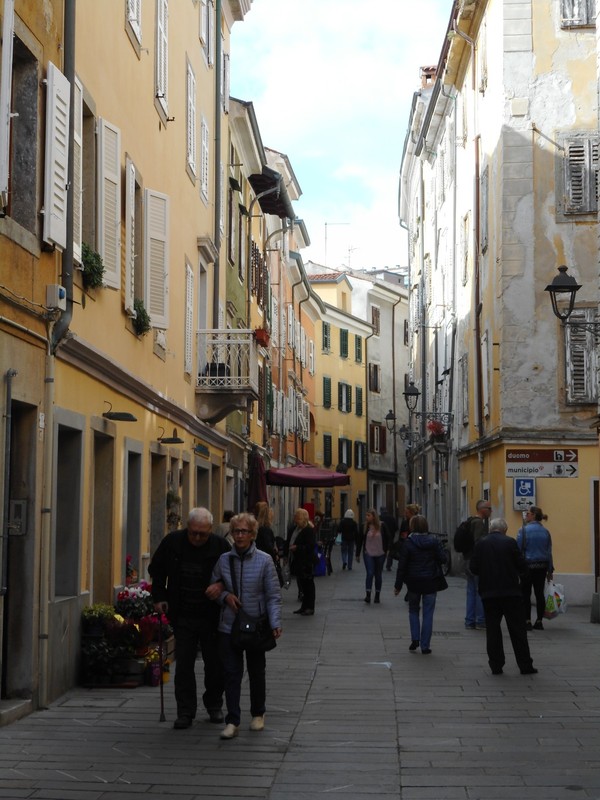 Muggia is a nice sea side town situated at the south - east of Trieste; on the border with Slovenia. I visited Muggia several times. There are daily buses from Trieste to get there.The journey takes around half an hour. 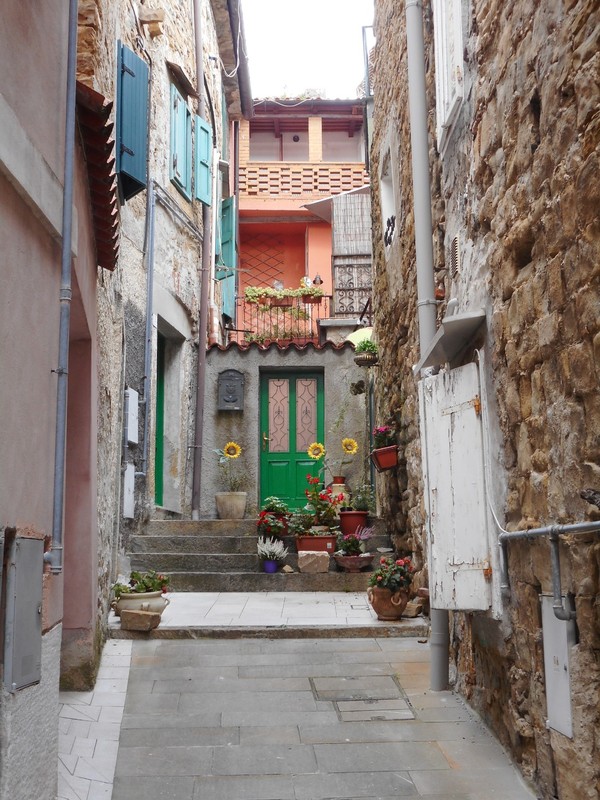 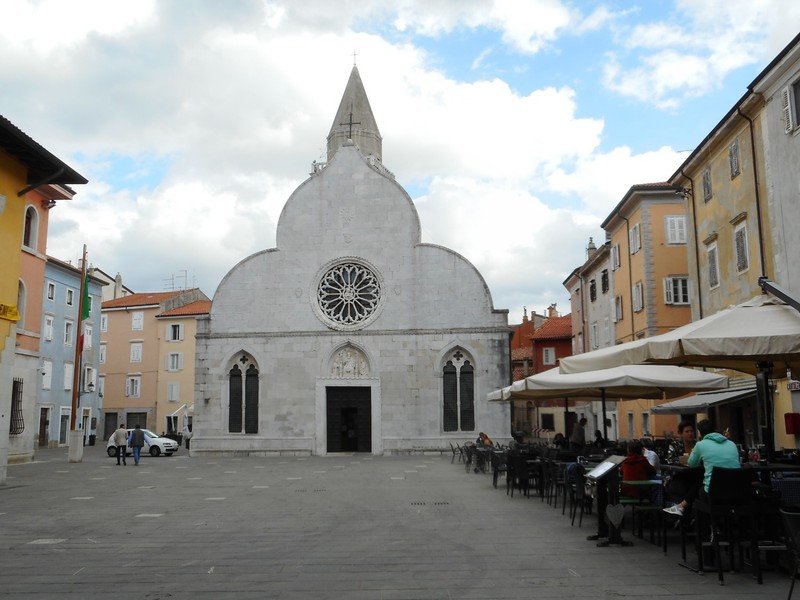 Piazza Marconi is the main square in Muggia. It is surrounded by the duomo (cathedral), by the town hall and some restaurants and some shops.

The cathedral was built on the site of a previous church. It was consecrated in 1263. The church you see today dates to the 1467.

Since the XIII century the town hall is situated in piazza Marconi. Its last reconstruction was made in 1930. 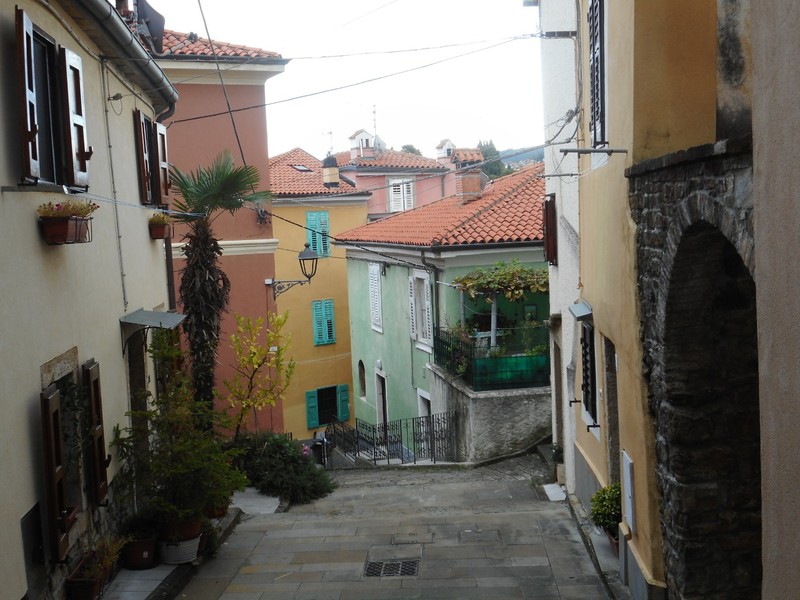 If you like to explore Muggia properly, you have to climb a bit. Muggia has also lots of stairs. 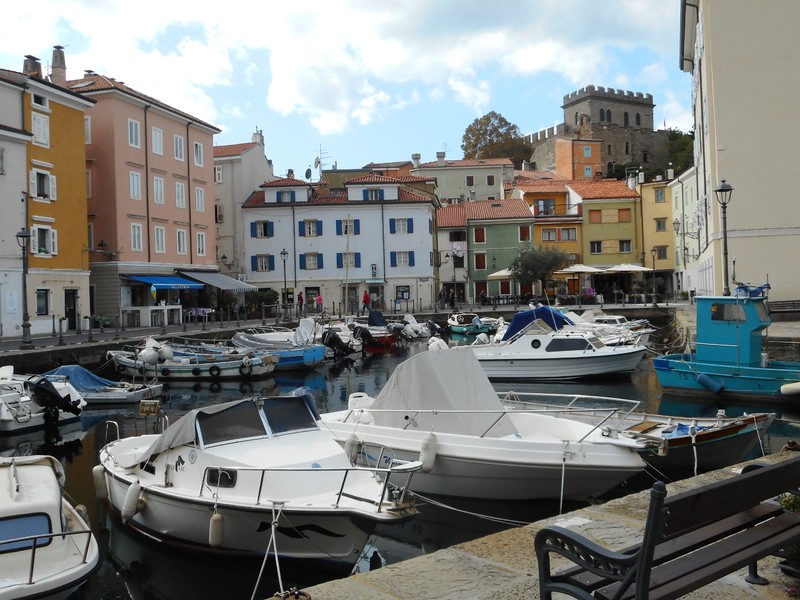 The harbour in Muggia is small and surrounded by colourful houses.

You can see part of the castle from the harbour. 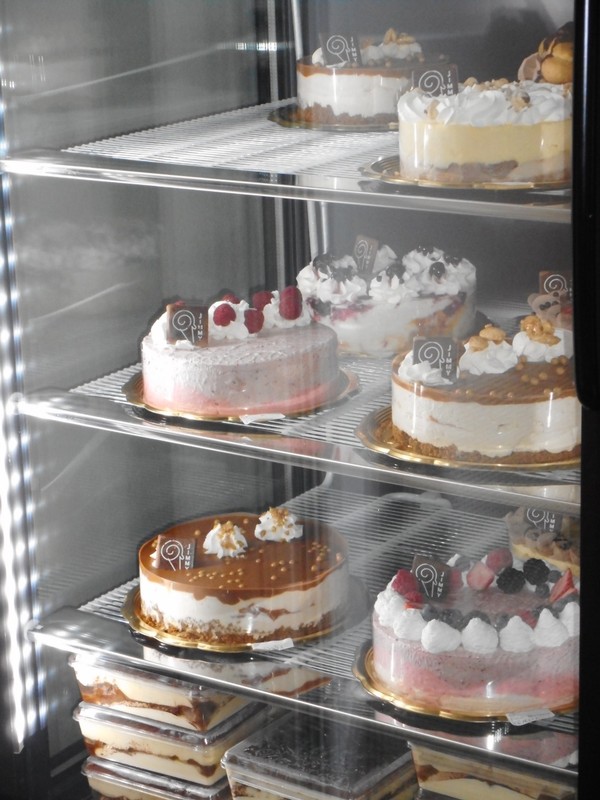 Gelateria Jimmy is a good place to have a ice cream. Here they also serve pastries and sandwitches. 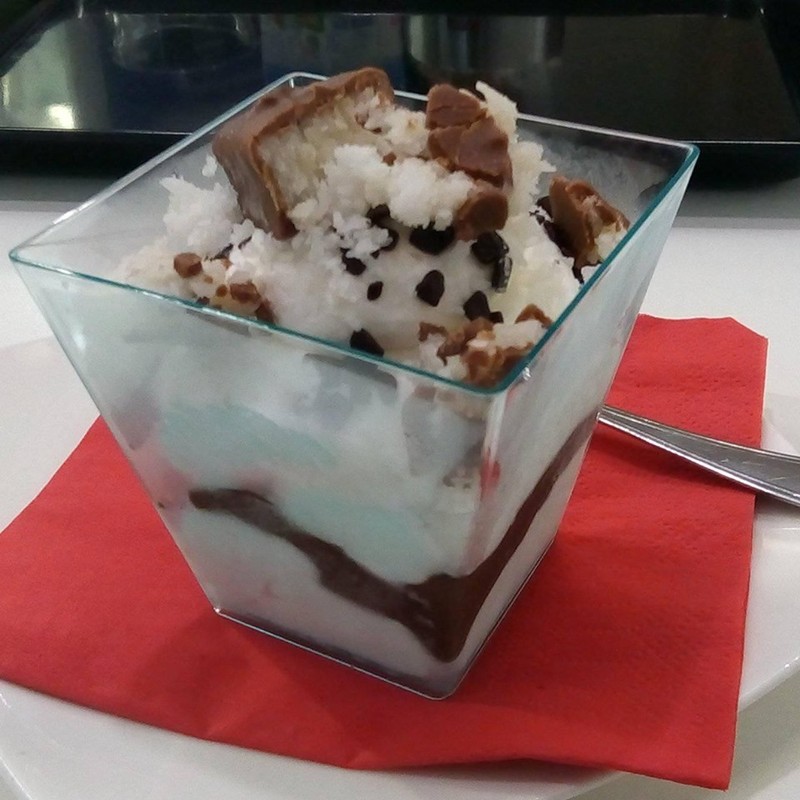 This is a dessert I had at gelateria Jimmy. It is practicaly a small ice cream. It was very good. 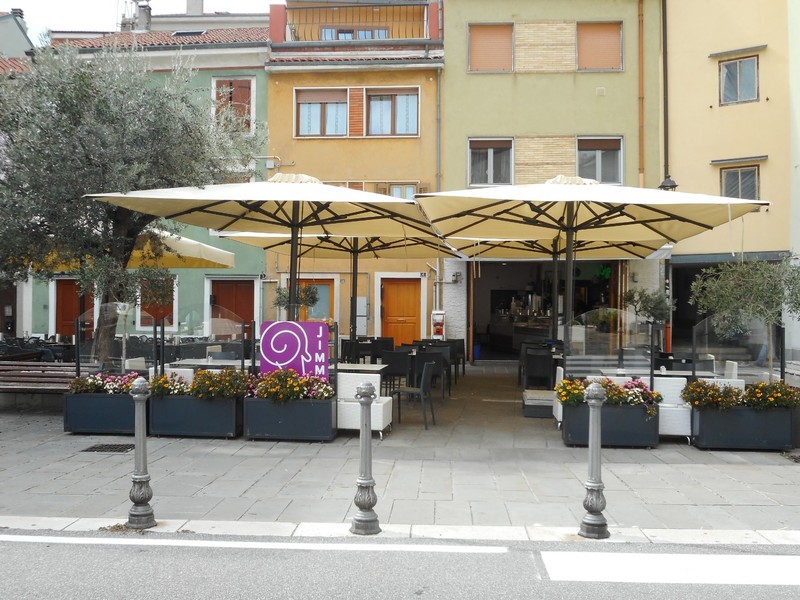 This gelateria is located near the harbour. 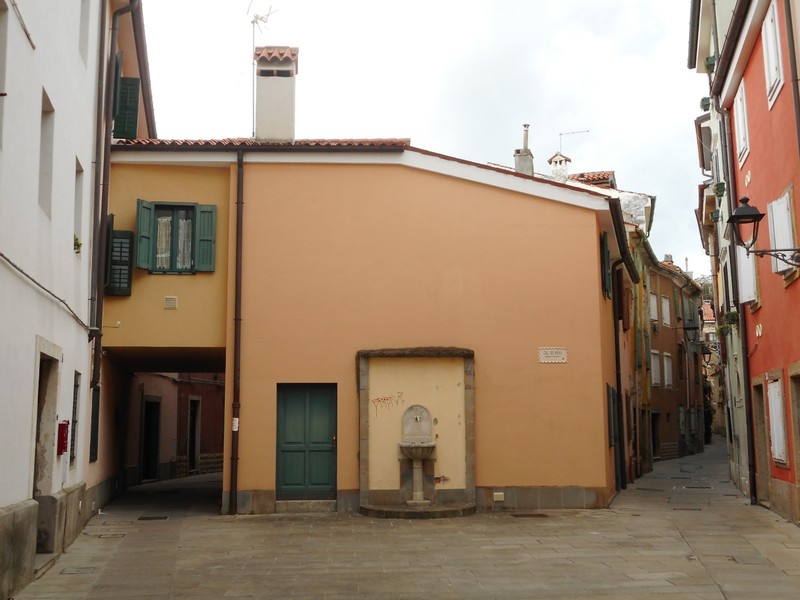 Muggia has narrow streets (calli) and small squares; as in Venice.

This town is a good place to spend some hours.