On march 1 I decided to explore a bit more Florence, so I stayed the whole day in the city. 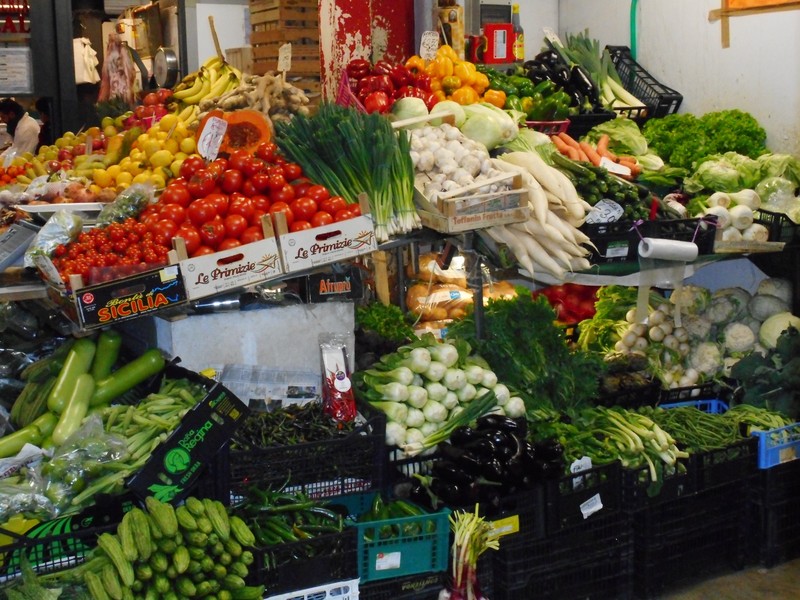 Florence has lots of markets. I am not a fan of these, but I like to visit some food markets now and then.

A market one shouldn' t miss is San Lorenzo market. This is made up of two markets. An indoor market known as "mercato centrale" and an outdoor market with lots of stalls selling leather items, clothings and souvenirs. 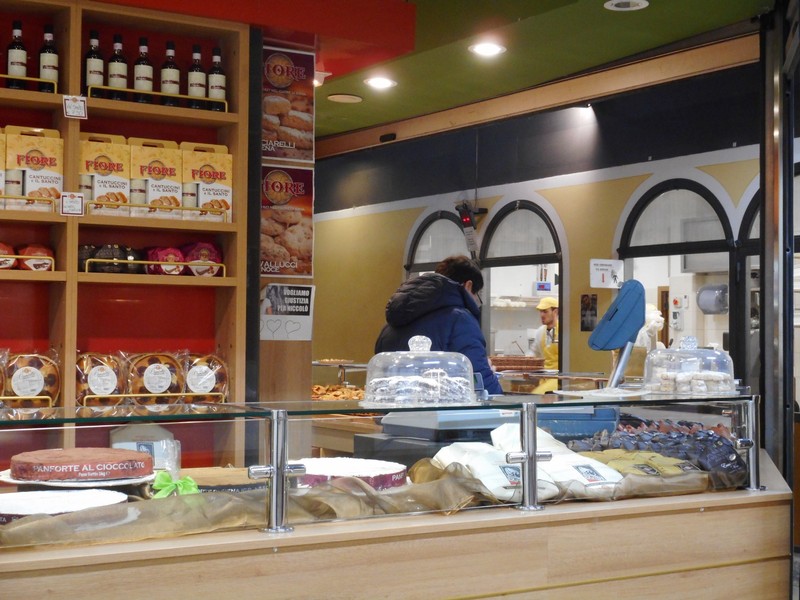 At the indoor market you can find almost every kind of food you like. Even various typical Tuscan food. There are also some stalls selling exotic food. 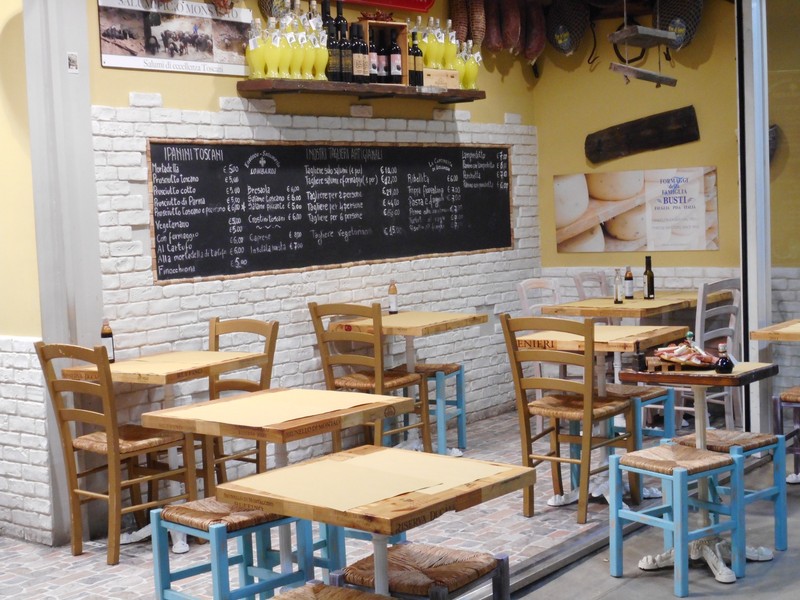 You can also have a meal inside this market. In fact there are several cafes and eateries there. So, you can have a sandwich, a dessert, a proper meal or a drink. 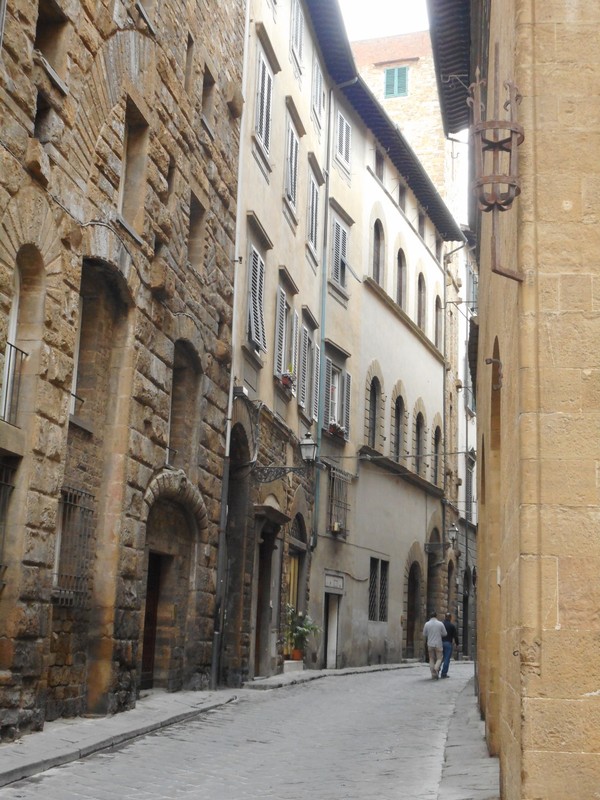 I had read on a guide book that there are some Medieval streets in Florence. Via delle Terme is one of these. 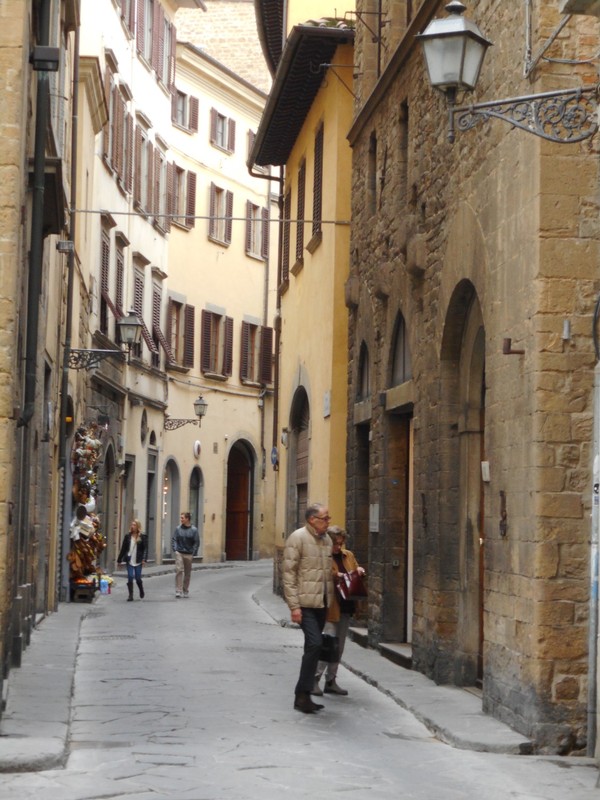 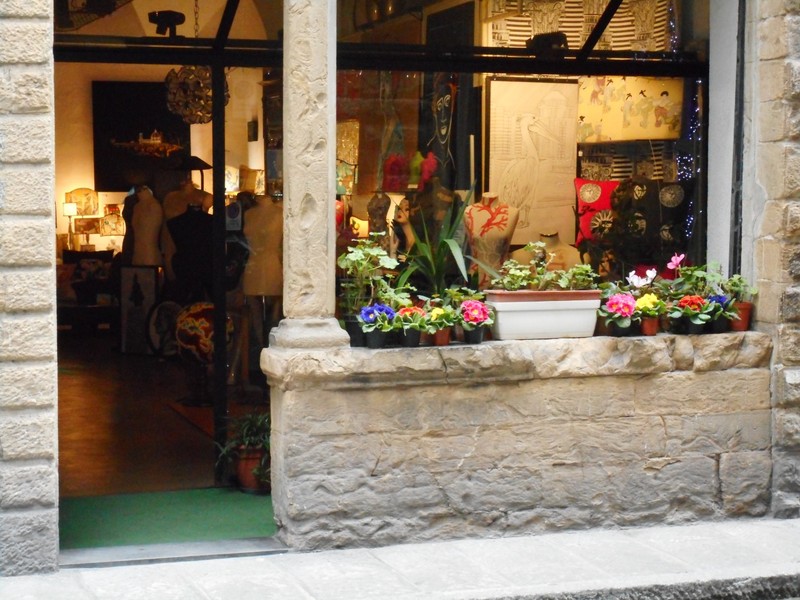 Oltrarno means "beyond the Arno". The Arno is the river that divides Florence in two parts. Oltrarno is where the Pitti palace is located. I visited this palace some years ago. It was built in the second half of 1400. In 1500 it was modified and enlarged. It houses several museums. 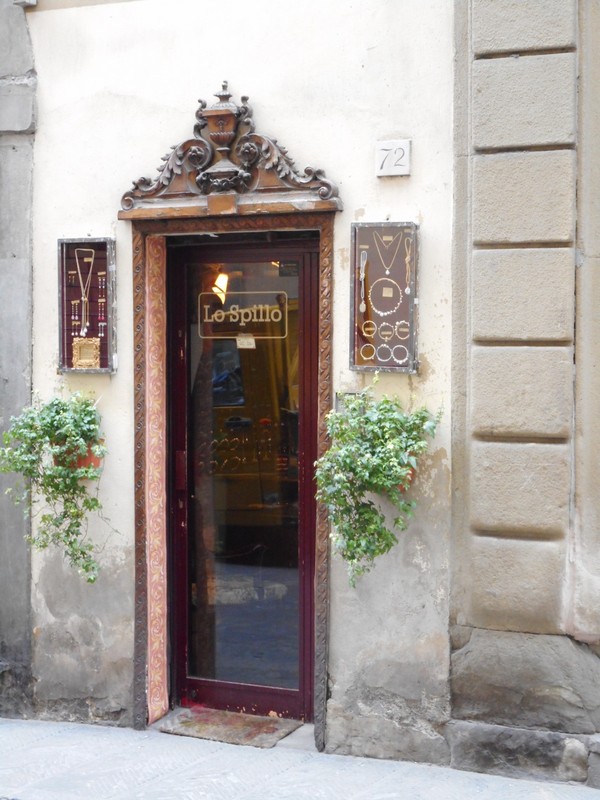 Oltrarno is a nice area to explore and to discover some nice things as this tiny jewellery shop. 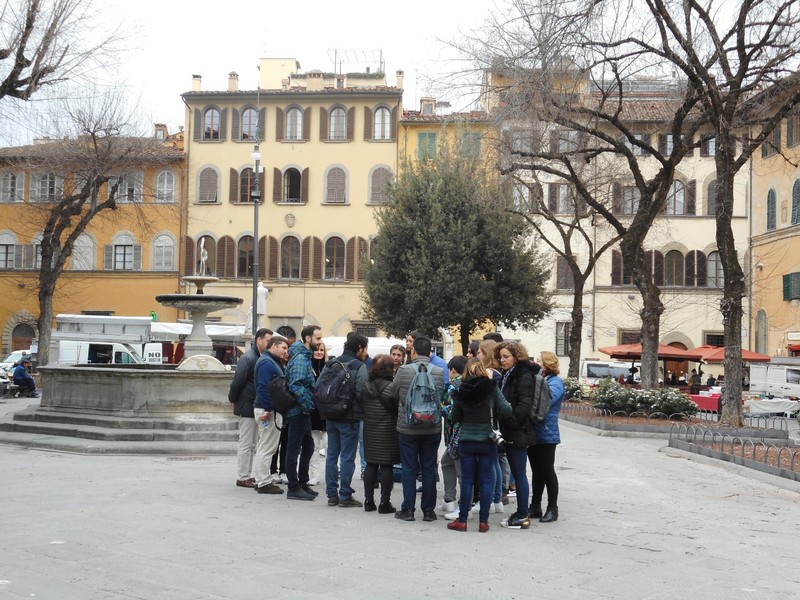 Piazza Santo Spirito is a nice square in the Oltrarno area. It is surrounded by several buildings. There is a good choice of restaurants here.

This square takes its name from the church you see here. it was built on the ruins of a Agostinian convent dated to the 1200; between 1444 and 1488. 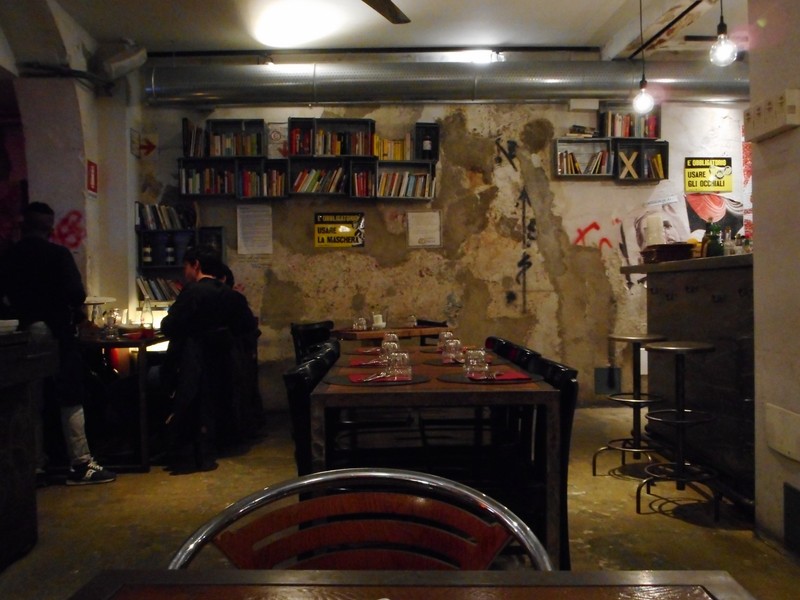 I had a lunch at a restaurant in this square. Its name is Tamerò. This restaurant is a quite odd place. 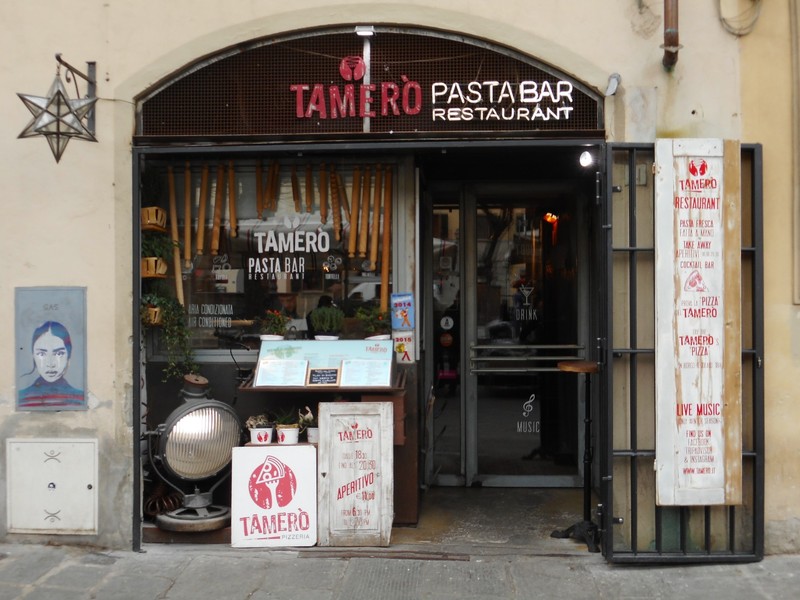 Tamerò is probably one of the cheapest restaurants in Piazza Santo Spirito. I had a good dish of pici with cacio e pepe (noodles with cheese and pepper). 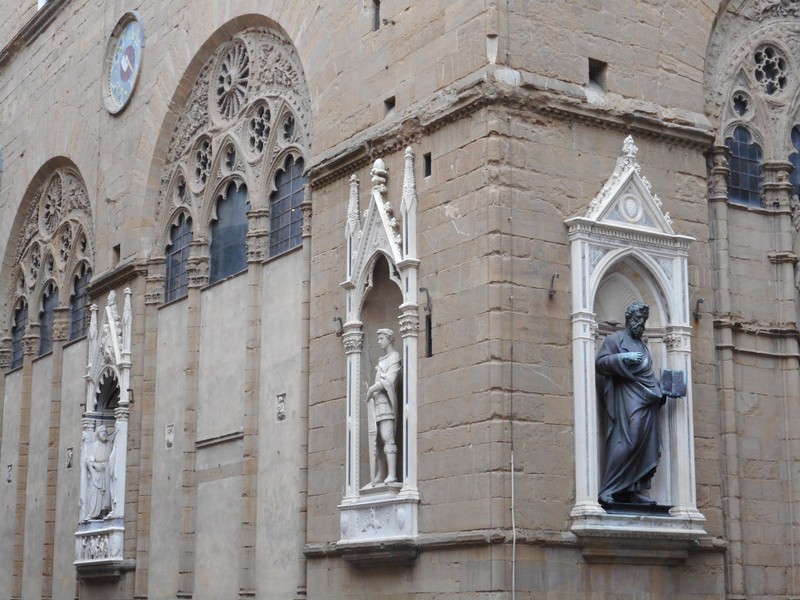 Orsanmichele church was originally built as a grain market on the site of an oratory dedicated to saint Michael.

At the end of the XV century the market was moved and the building was turned into a church. On its facades there are 14 niches with tall statues of patron saints of various guilds; judges, cloth merchants, bankers and so on. 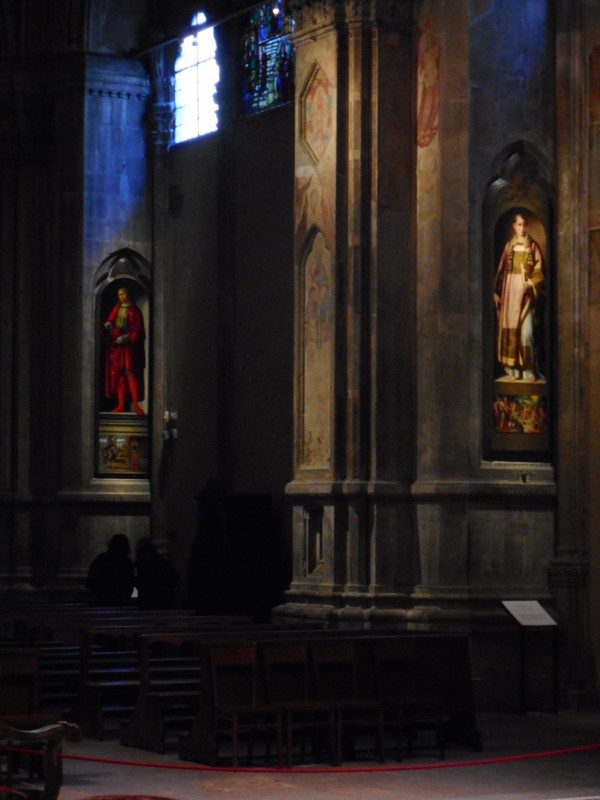 In this picture you can see part of Orsanmichele church inside. 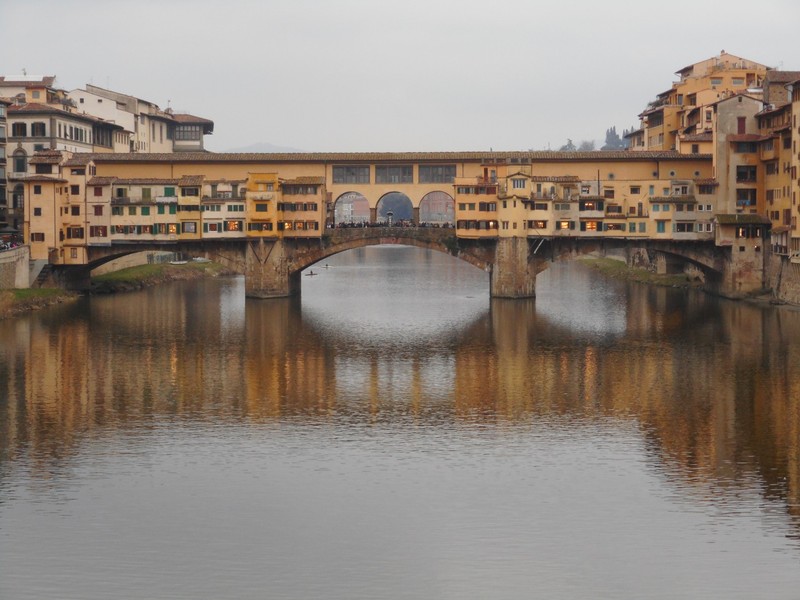 Ponte Vecchio with its shops lit is really a nice thing to see. 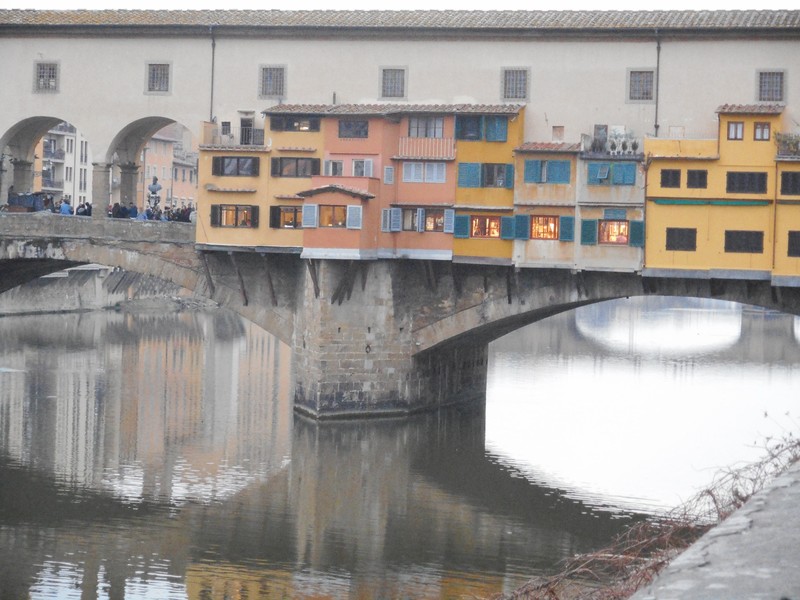 Here' s another picture of the bridge; taken in the evening.