Back to Florence after some years.

I went back to Florence after several years. I am glad, because I also wished to re visit Siena, San Gimignano and Lucca from that city. These places are easily reachable by bus from Florence.

I walked a lot (as usual...when I am on holidays) in Florence. I visited some churches, an old palace; Palazzo Vecchio and I did a lot of windows shopping. 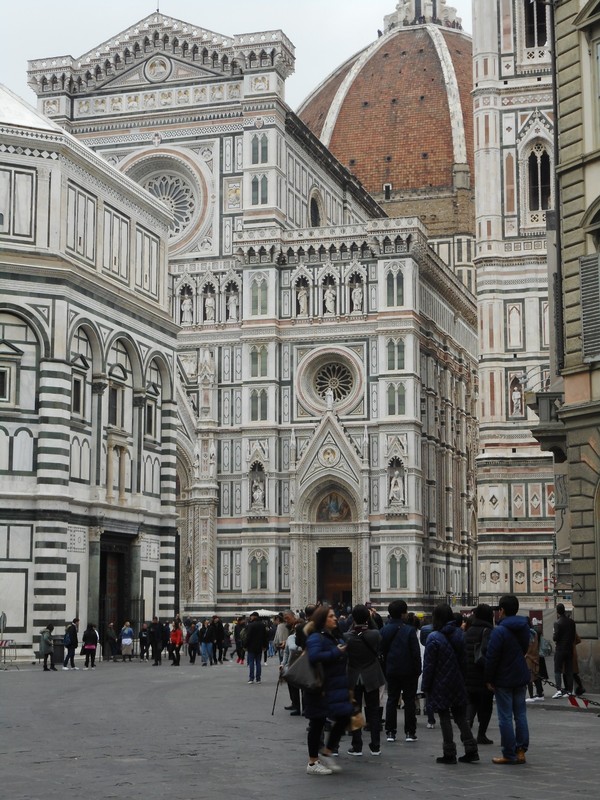 Piazza del Duomo could be a good starting point to visit of Florence. There are three buildings on this square; the cathedral (duomo), its bell tower and the baptistery.

The duomo was built between 1296 and 1436 over the church of Saint Reparata. It is the fourth largest cathedral in the world.

The bell tower was designed by Giotto in 1334. After his death its work was carried on by Andrea Pisano and later it was completed in 1359 by Francesco Talenti.

Opposite the cathedral there is the baptistery. It is said it is of Roman origin. The building you see dates back to the XI century. 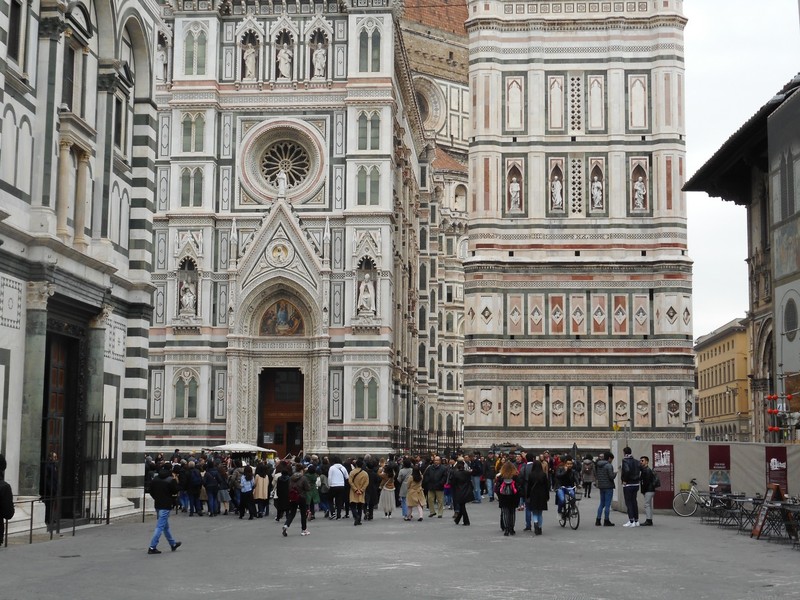 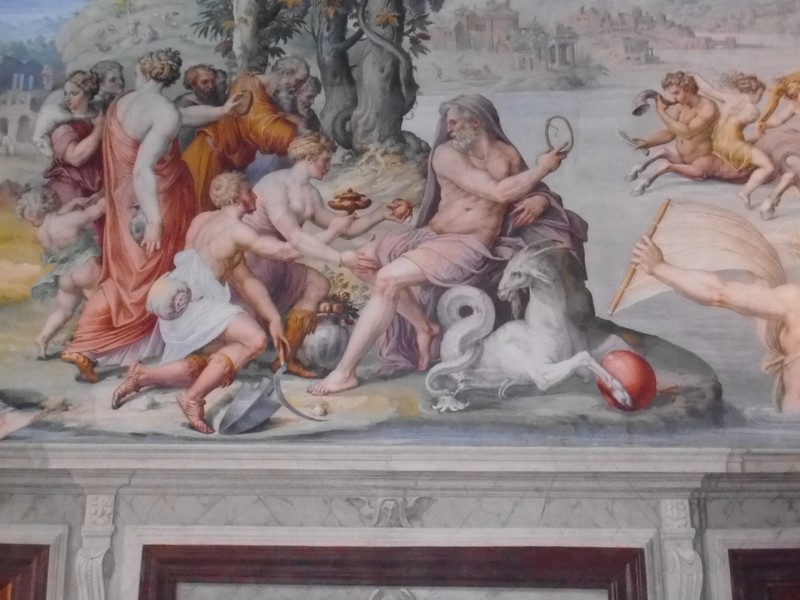 Palazzo Vecchio is located in piazza della Signoria. This palace was built between the 13th and 14th centuried to house the city government.

In the 16th century the duke Cosimo I de Medici hired the architect Vasari for some massive restoration works. The palace was turned into a luxurious residence. Today it is opened as museum and part of it is used as town hall. The palace has a tower you can climb to its top; the Torre di Arnolfo. 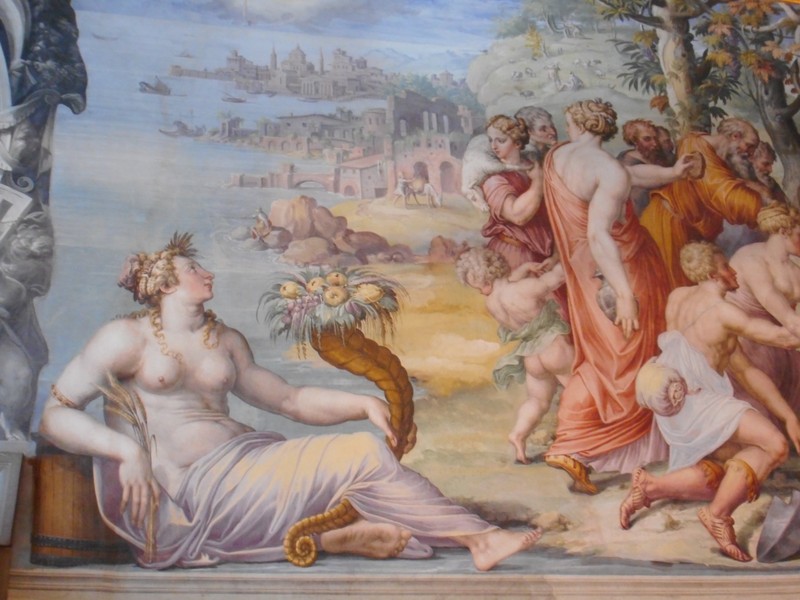 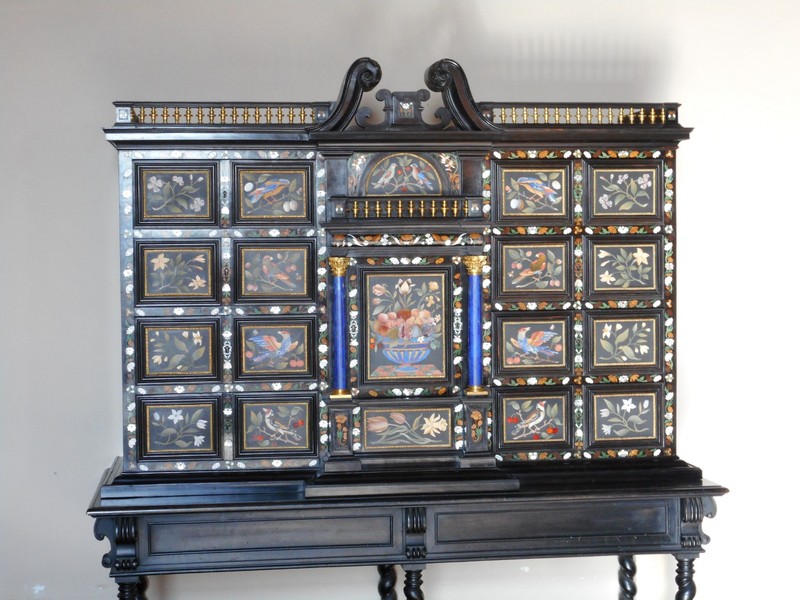 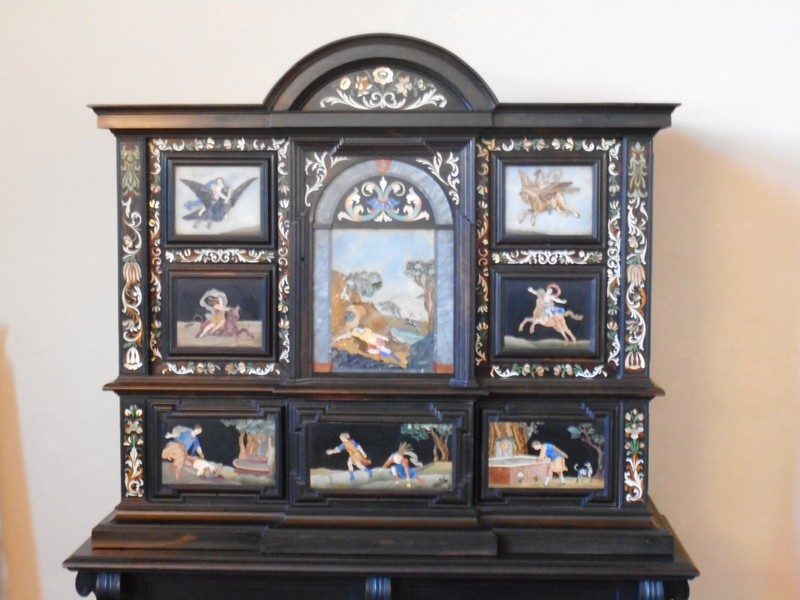 There are also lots of pieces of furniture inside the palace. In this picture and in the previous one you can see two drawers made with stones (pietre dure). This kind of craft is also typical in Florence nowadays. 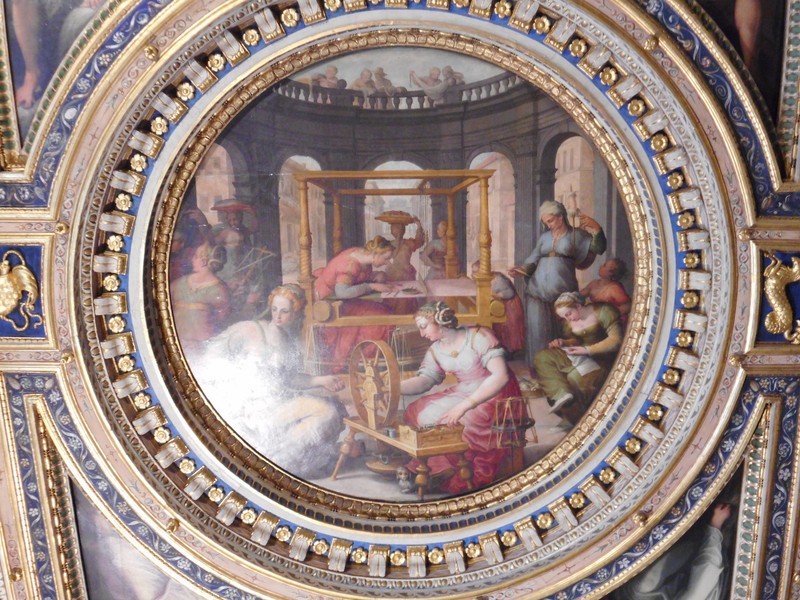 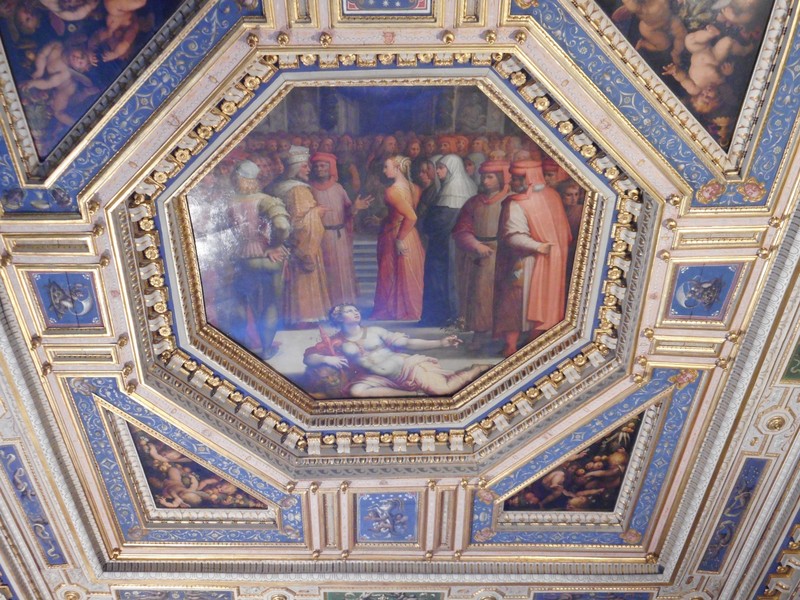 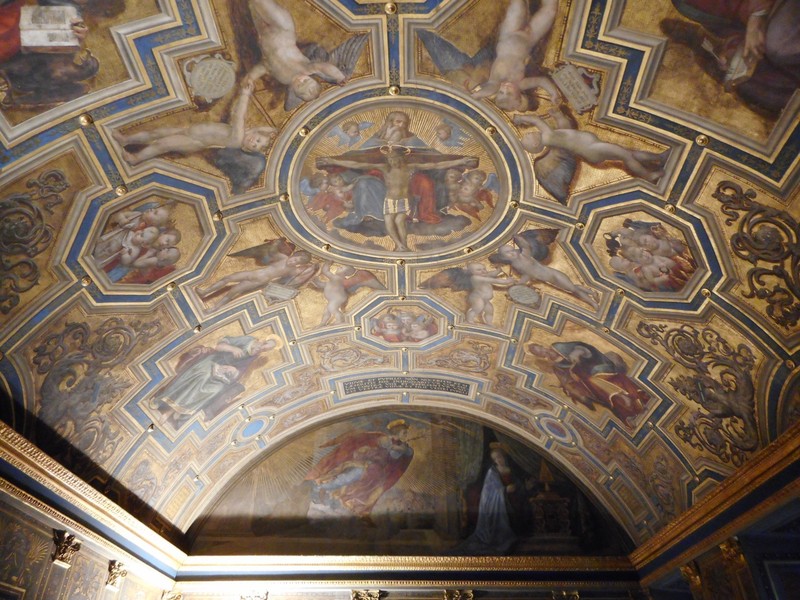 Here you can see part of a chapel; the Priors Chapel. 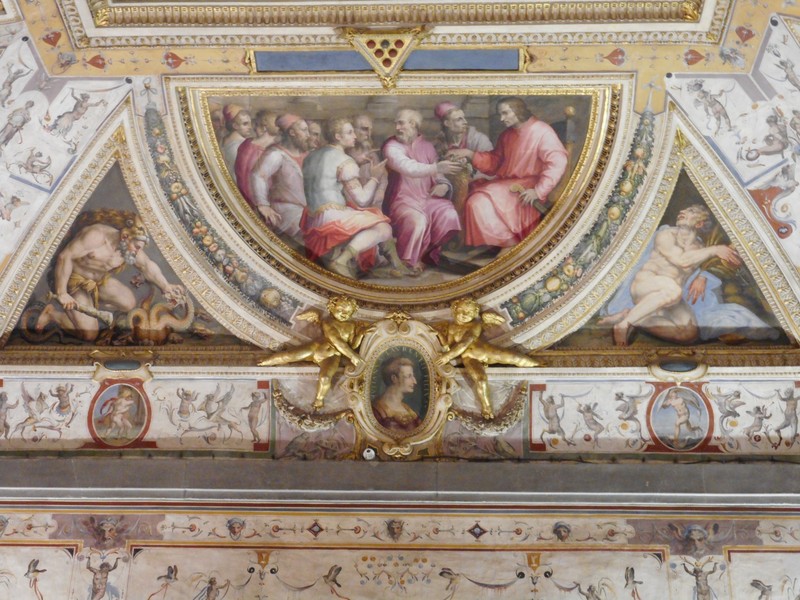 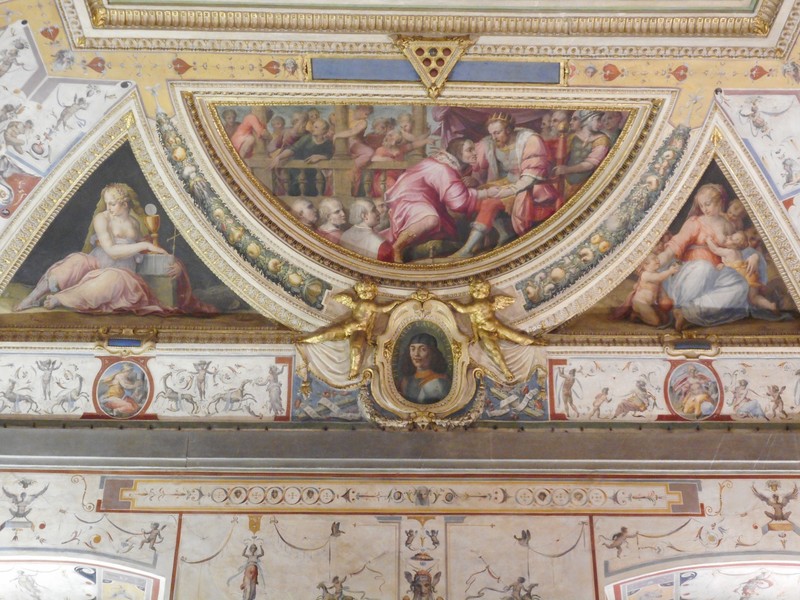 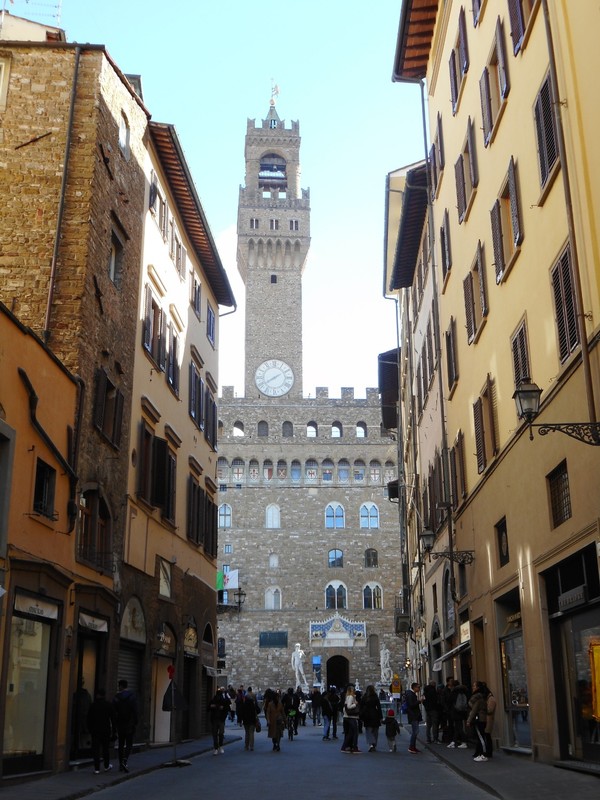 In this picture you can spot Palazzo Vecchio from afar. 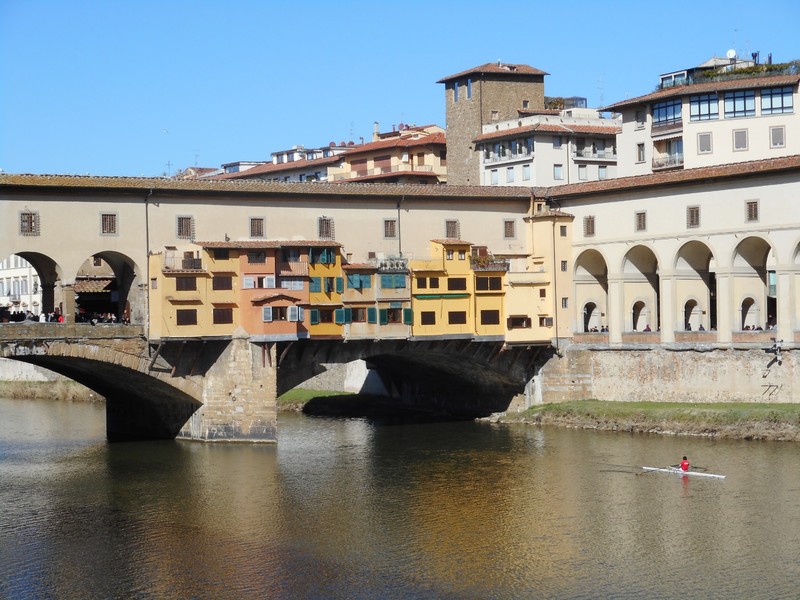 Ponte Vecchio is another interesting sight of Florence. This bridge was built in 1345 as a replacement for a previous one swept away by a flood. A very first bridge existed here before XI century.

Originally the bridge was lined with butchers' shops, blacksmiths and tanners. Because of the stench, Ferdinand I decided to forbid them to work on the bridge. He probably invited several jewellers to open their shops there.

Today, both edges of the bridge are lined with jewellery shops. 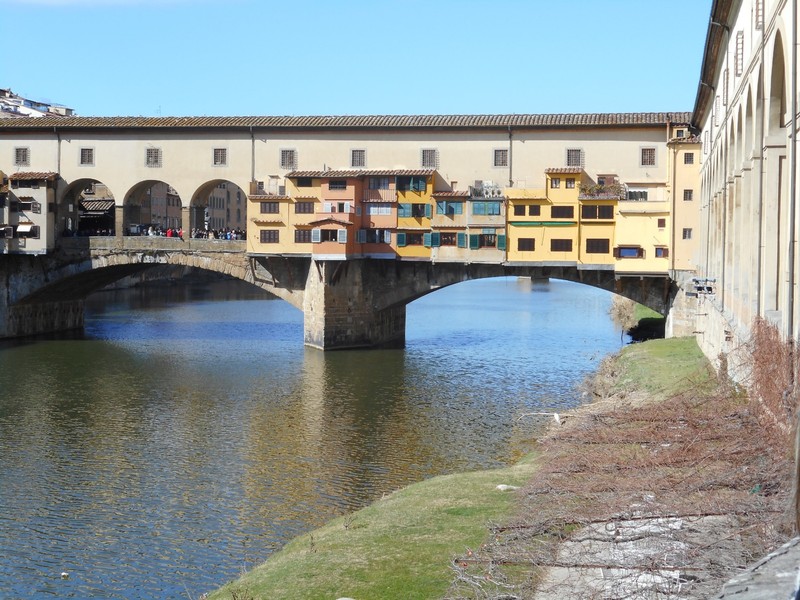 Over the bridge you can see part of the Corridoio Vasariano. This is a covered passageway that was built in 1565. It was commissioned by the Medici family so that they could move from Palazzo Vecchio to Palazzo Pitti freely. 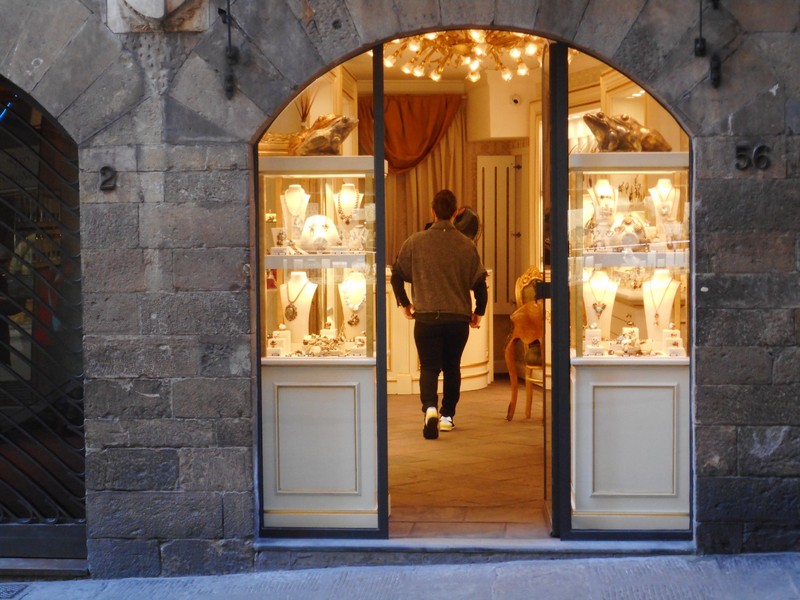 Some shops on the old bridge looks like nice small living room. 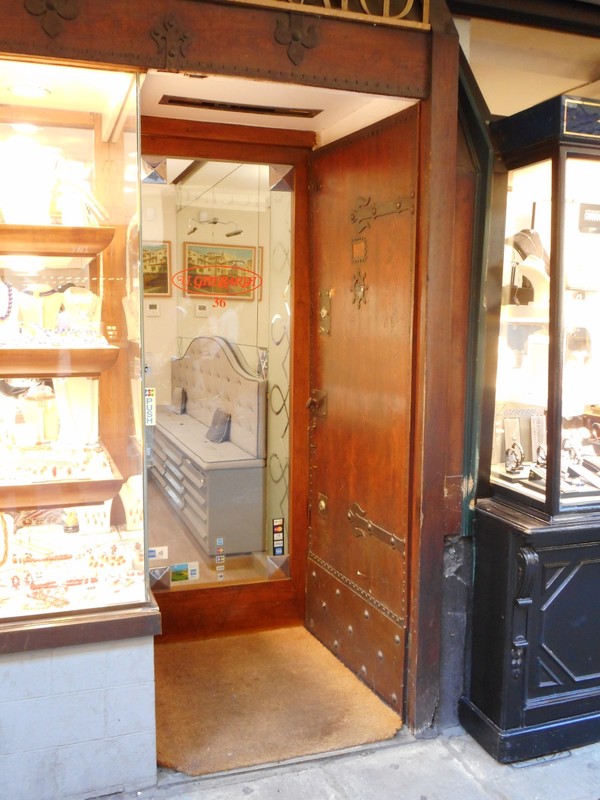 After the visit to the palace and a long walk at the old core of the city I wished to visit a couple of churches, but these were closed. It was around noon. Usually, in Italy the churches are closed from 12 or 12. 30 p. m. until 2 p. m. or later.

The visit to Palazzo Vecchio takes around a couple of hours.