Marostica is a town located some kilometers from Bassano del Grappa. It is situated in the Veneto region.

Its old core is quite small, but there is an interesting sight to visit; a castle. Well, there are two castles in reality in Marostica.

This town is well known for a (human) chess game. 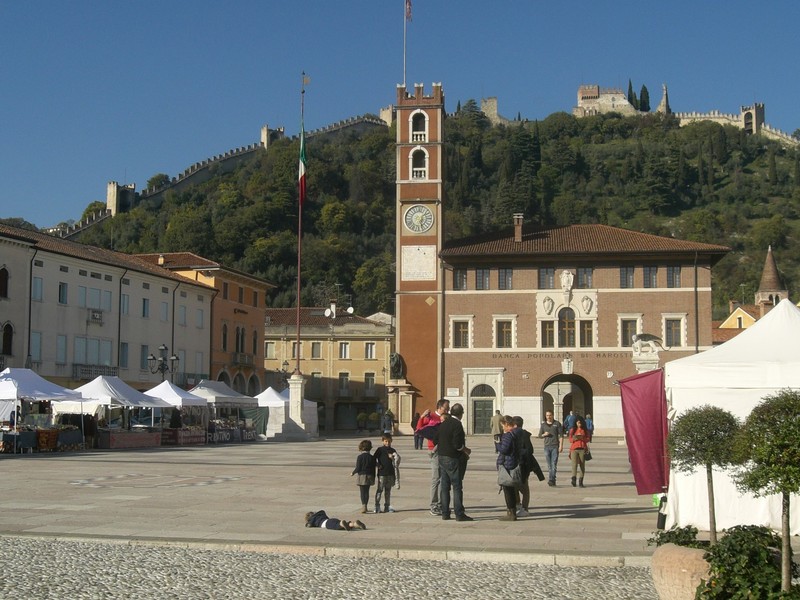 Piazza Castello is the main square in Marostica, It was created in the 14th century. This square is where a chess game is played with human pieces. This is due in the second week end of september; in the even years.

On this square you see the marble chessboard realized in 1954 for the first human chess game and the Doglione palace. It was originally a medieval fortress which hosted the armoury and the chancellery and the Monte di Pietà during the Venetian rule. It was restored in the 19th century. Today it is the seat of a local bank. Opposite this palace there is the lower castle. 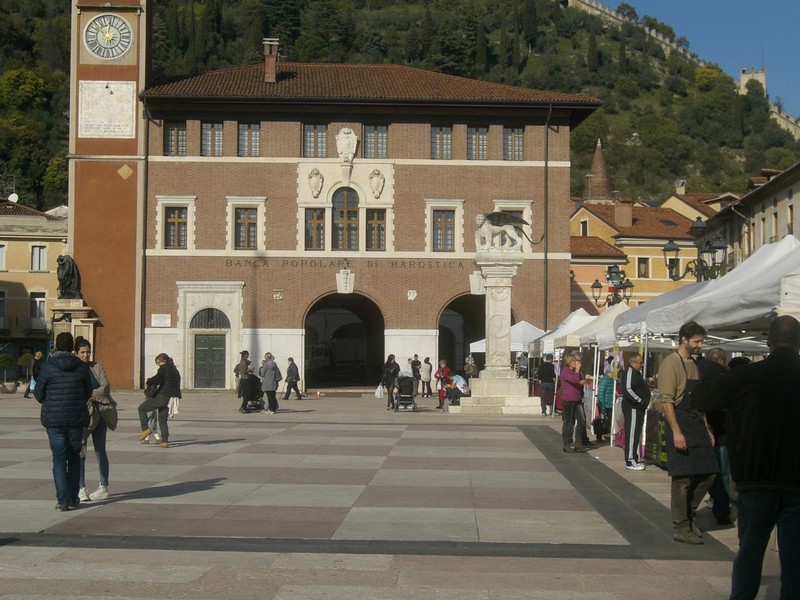 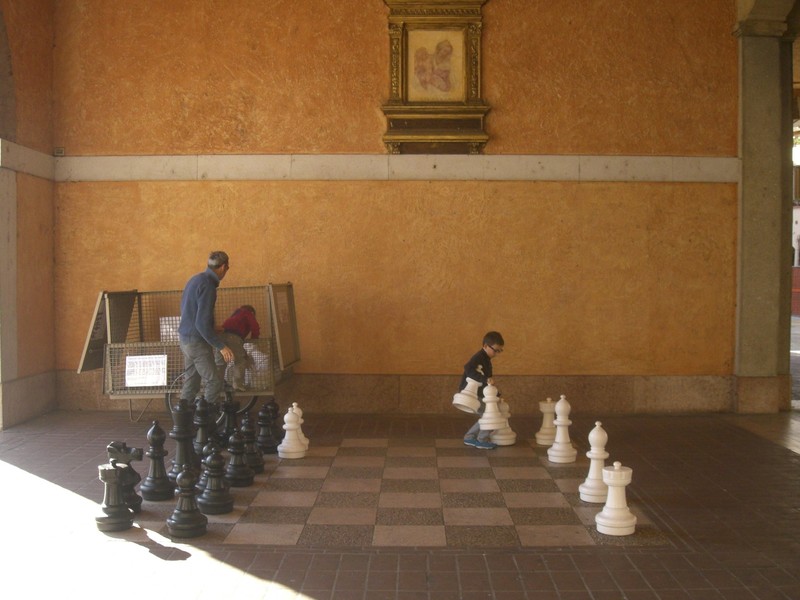 There is a small chessboard on the ground floor of the Doglione. 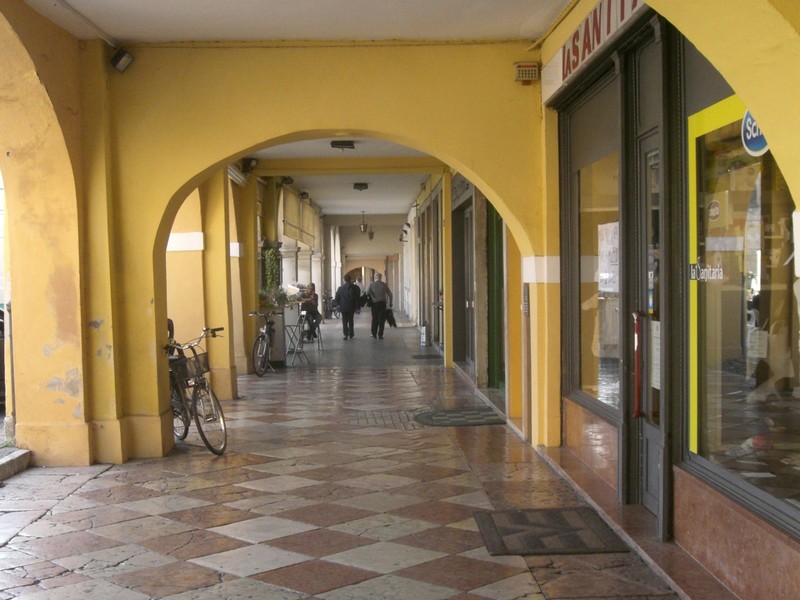 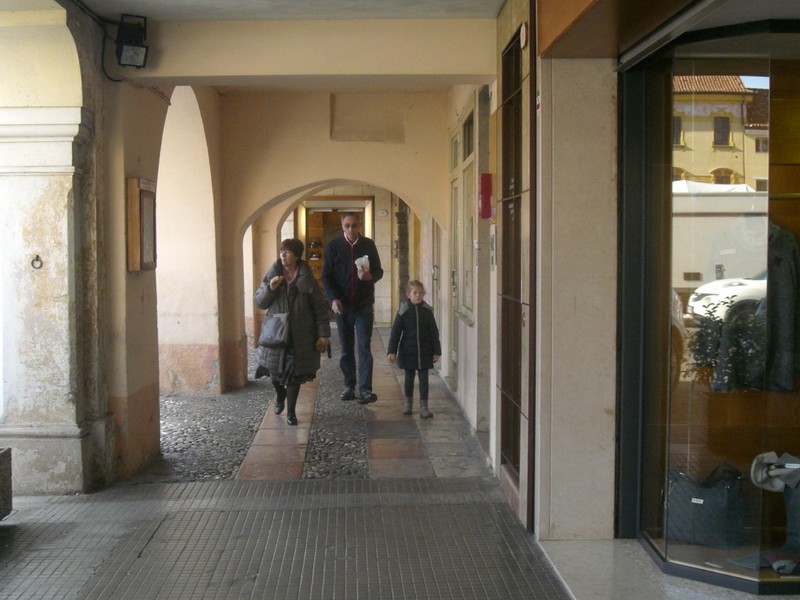 Piazza Castello is flanked by two rows of porticoes. You can find various shops, some cafes and restaurants under these. 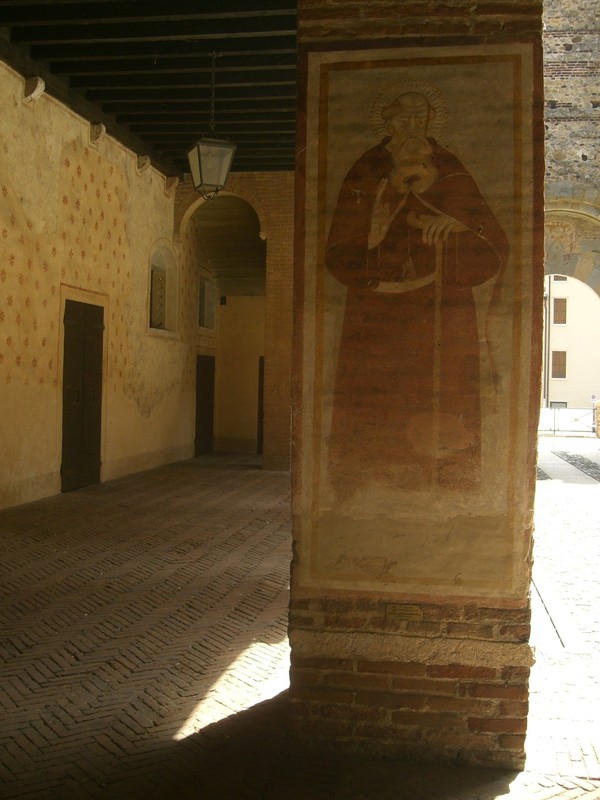 There are two castles in Marostica. These were built in 1312.

Castello Inferiore; the lower castle is located in the main square. The upper castle; Castello Superiore, is situated on the top of a hill. It was built on a Roman construction. Inside there is a restaurant. This castle overlooks the town. 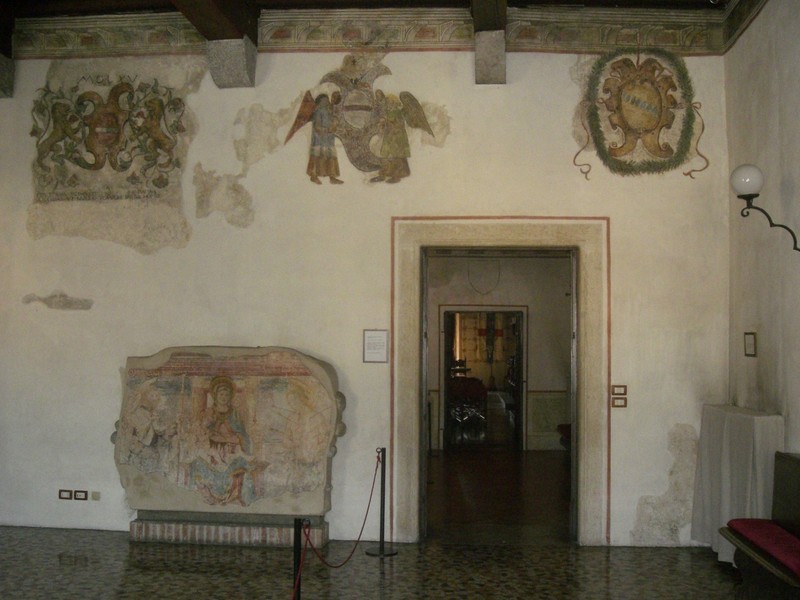 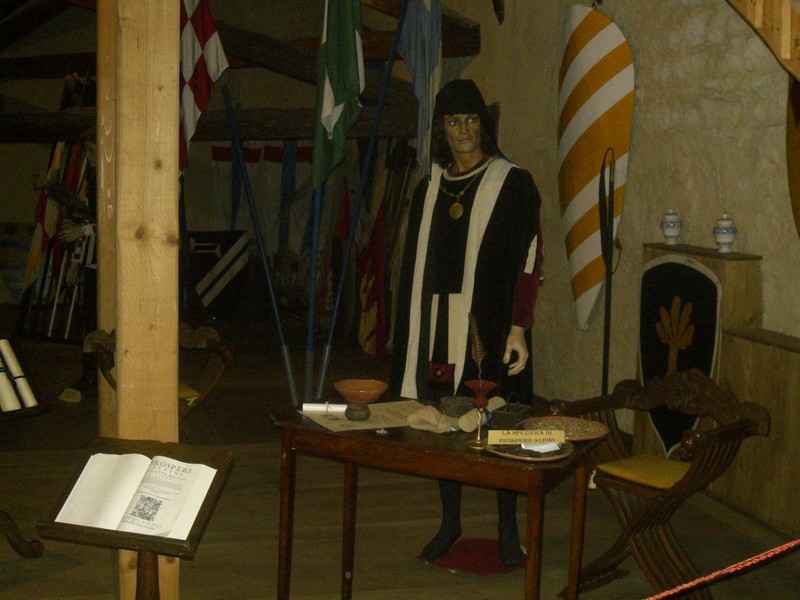 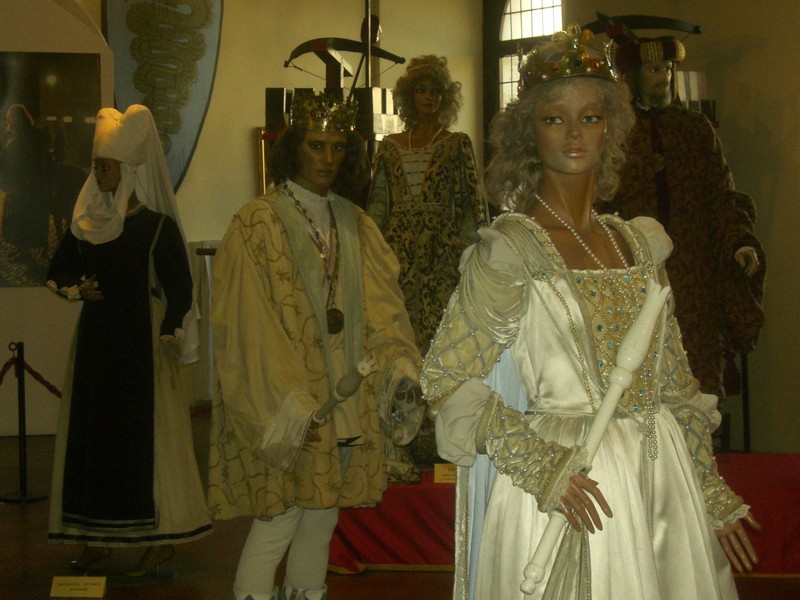 On the same floor of the lower castle there is a museum with several costumes used for the chess game re enactment. 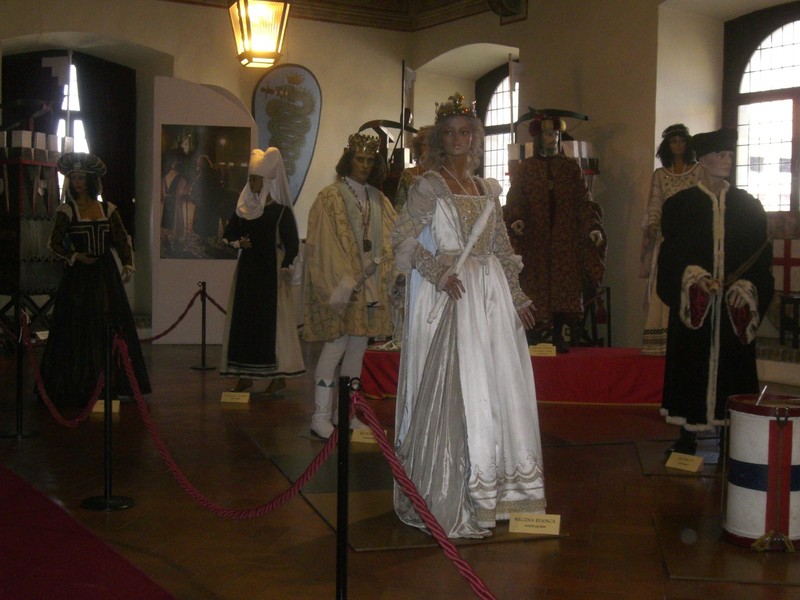 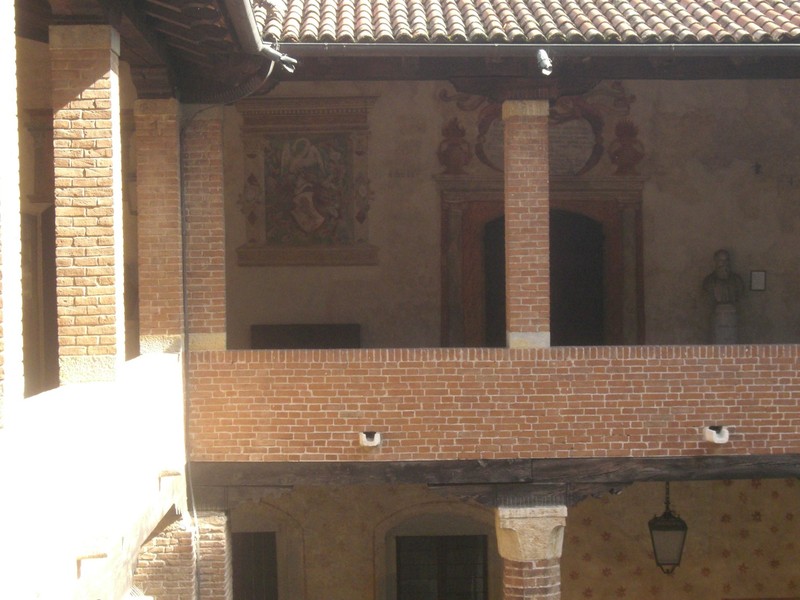 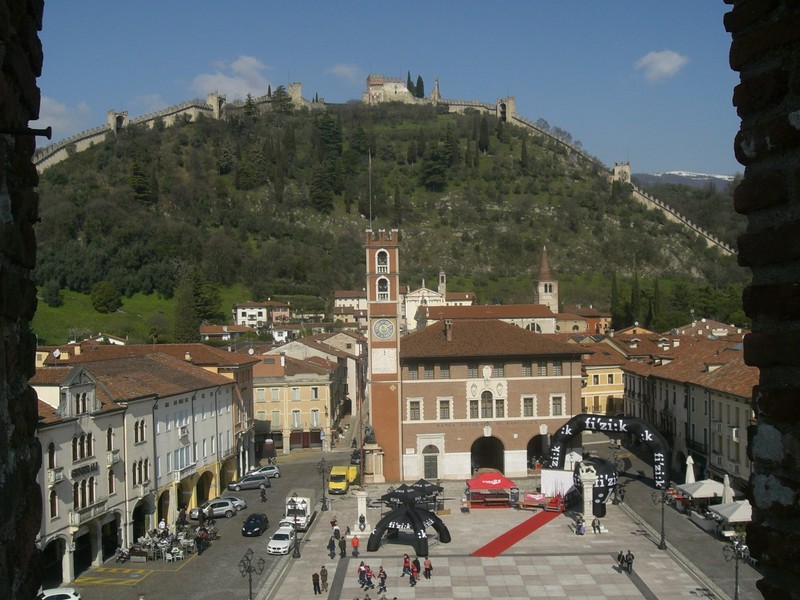 You can end your visit of the castle walking along the ramparts to enjoy a beautiful landscape over the main square of Marostica and the surrounding hills. 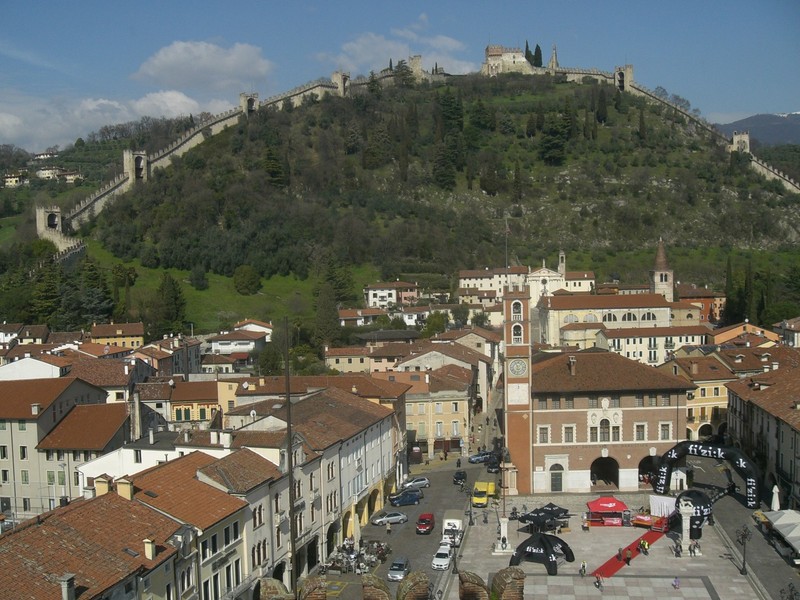 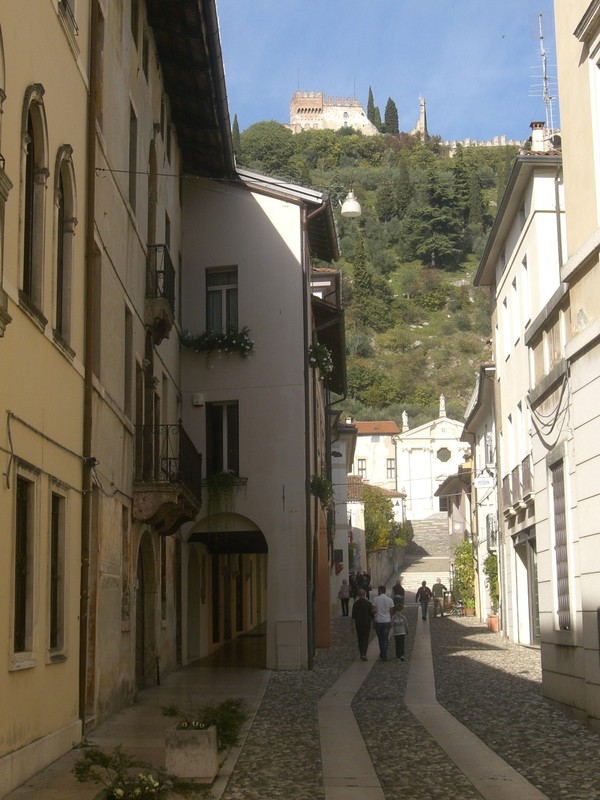 There are several churches in the old center of Marostica. I suppose these are more than four. In this picture you can spot one of them. 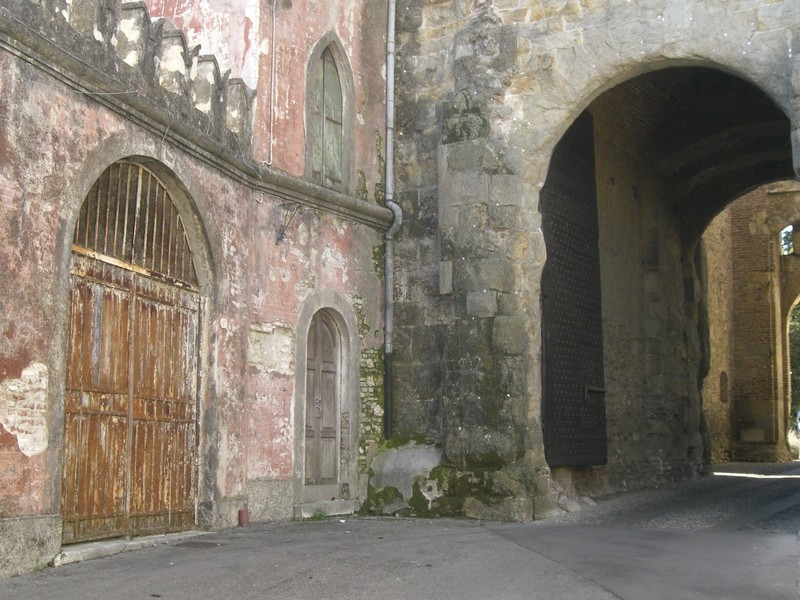 This is one of the entrances of the town. 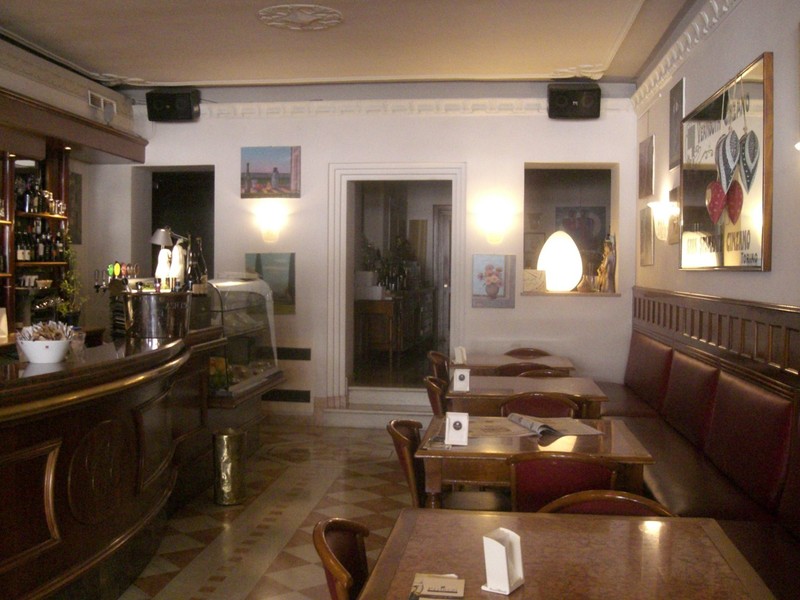 Caffè Centrale is a cafe restaurant where I usually have lunch when I visit Marostica. It is one of the cafes -restaurants under the porticoes at the main square.

The first time I visited Marostica the menu at this cafe caught my attention due to some peculiar dishes there.

That time I had gnocchi (dumplings) with gorgonzola cheese and nuts. I like them very much. The second time I went at Caffe Centrale I had rice with asparagus. It was good. 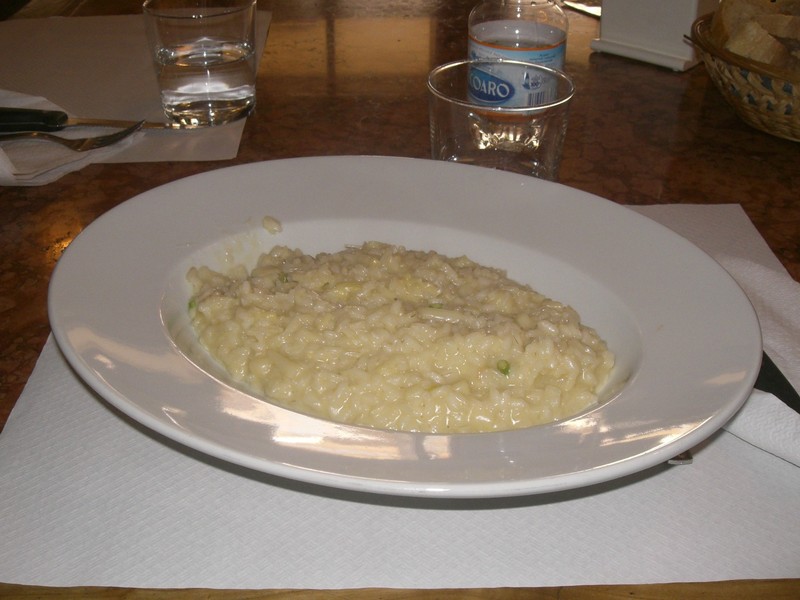 Marostica is a nice place to spend some hours, or even a couple of days if there is a festival or a concert in the main square.