A day trip to Siena.

Siena is a well preserved Medieval town located 30 miles south of Florence. It is set on three hills. So, if you like to explore it quite well, you should climb a bit on some steep streets. 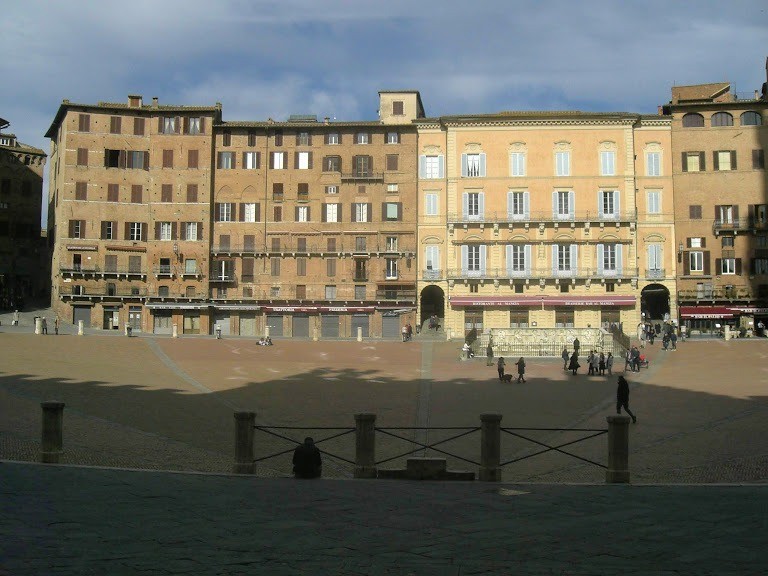 Piazza del Campo is Siena main square. This large scallop shaped square is divided in nine segments representing the Council of the Nine. This group of people ruled the Medieval Siena from 1292 to 1355. 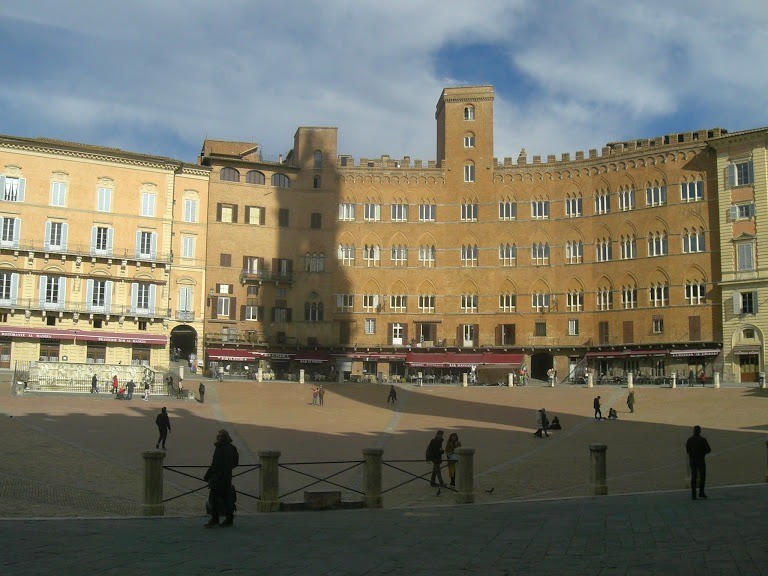 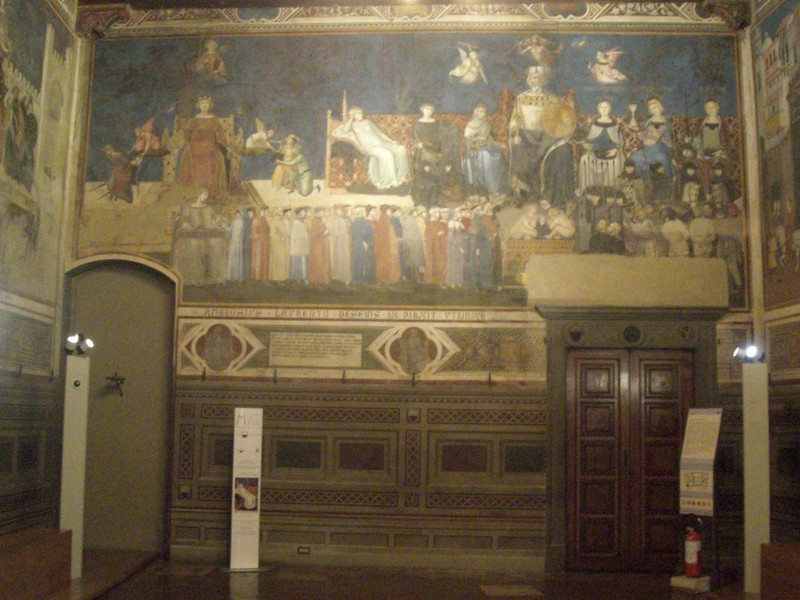 The Palazzo Pubblico is one of the main sights in Siena. It was built between 1288 and 1342 circa. It is used as town hall. This palace also houses the civic museum. This museum is made of several rooms.

This palace has a tall tower you can climb. The Torre del Mangia. It was built between 1338 and 1348.

I took this picture inside the Sala della Pace (peace). Three walls of this room are painted with large frescoes with the subject about a good and a bad government of the city of Siena. This frescoes were painted in 1337. 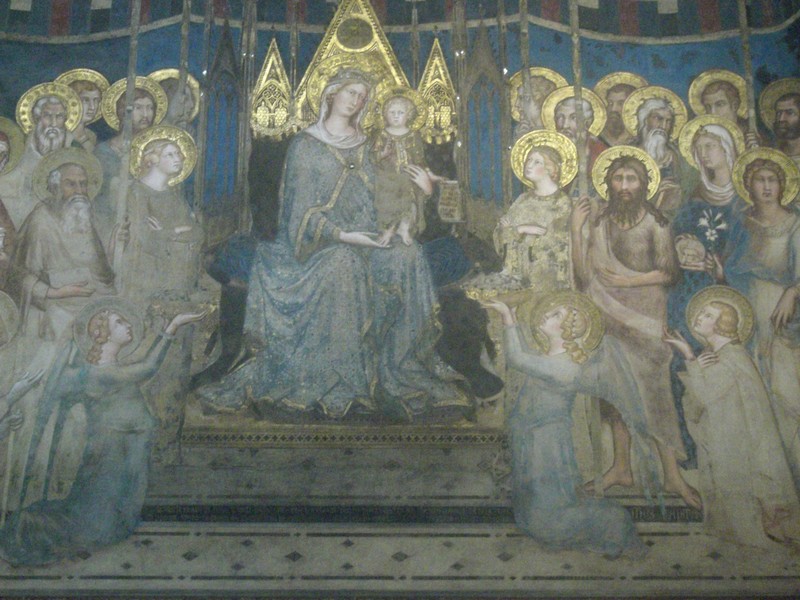 The largest room inside the Palazzo Pubblico is the Sala del Mappamondo. Here you see a large fresco with the Madonna, saints and some angels.

Unfortunately it is not possible to spot the glitters in this picture. I had never see glitters on a paintings before...I was quite impressed about this thing. 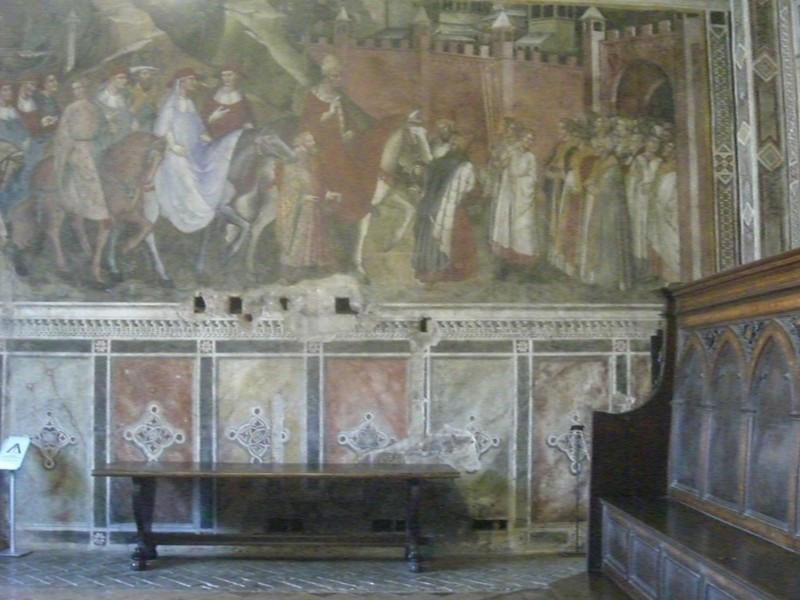 Here you see another beautiful fresco. I don' t remember the name of the room where it is located. 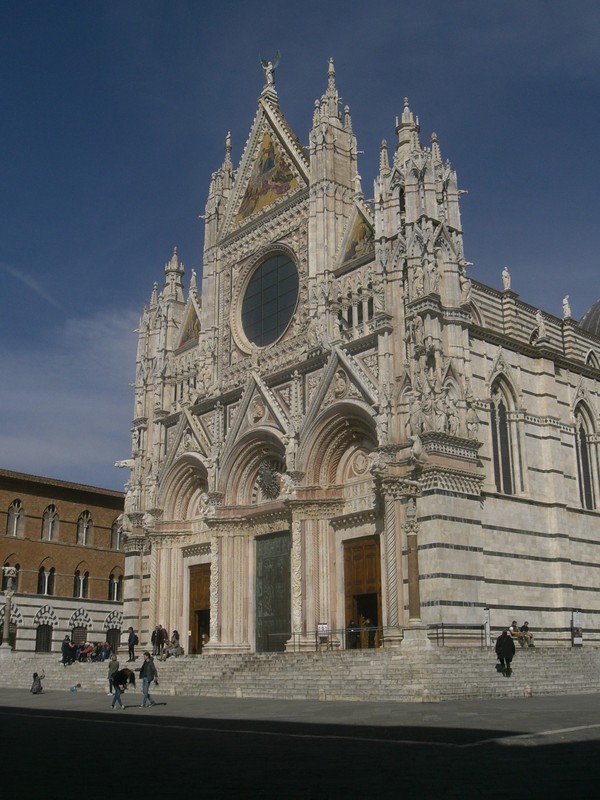 The church you see in this picture is Siena cathedral. It was probably built between 1215 and 1263. In my opinion its main sights are the Piccolomini library and the decorated floor. 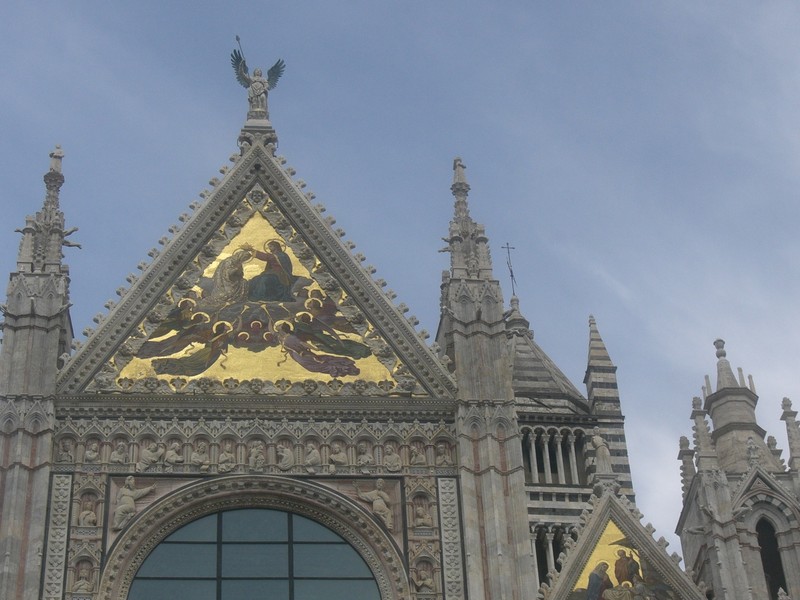 The floor of the cathedral is completely covered with inlaid marble mosaics. These were created between the 14th and the 16th century.

They represent scenes from the Old Testament, an episode of the New Testament, the Sybille and other subjects. 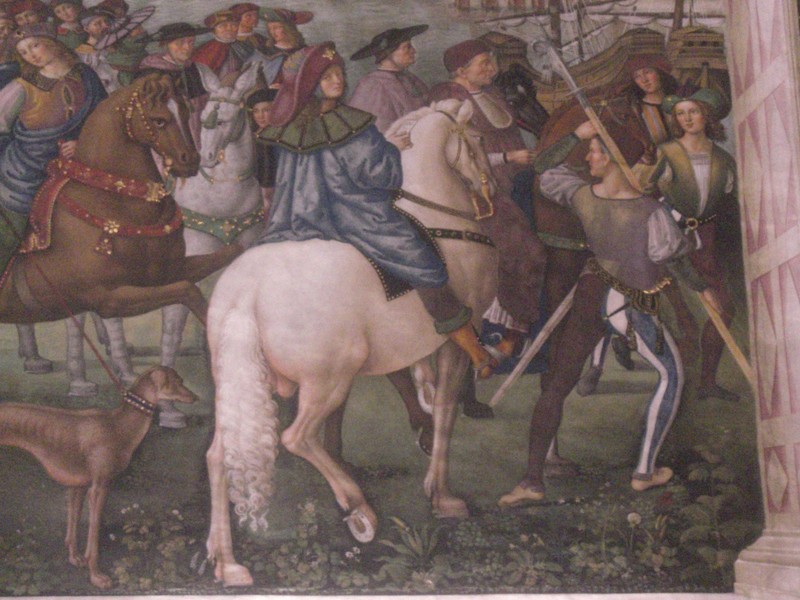 The Piccolomini library is joined to the cathedral. It was commissioned by Francesco Piccolomini Todeschini (pope Pius III) for his uncle Enea Silvio Piccolomini; pope Pius II. The walls of this room are painted with beautiful frescoes. 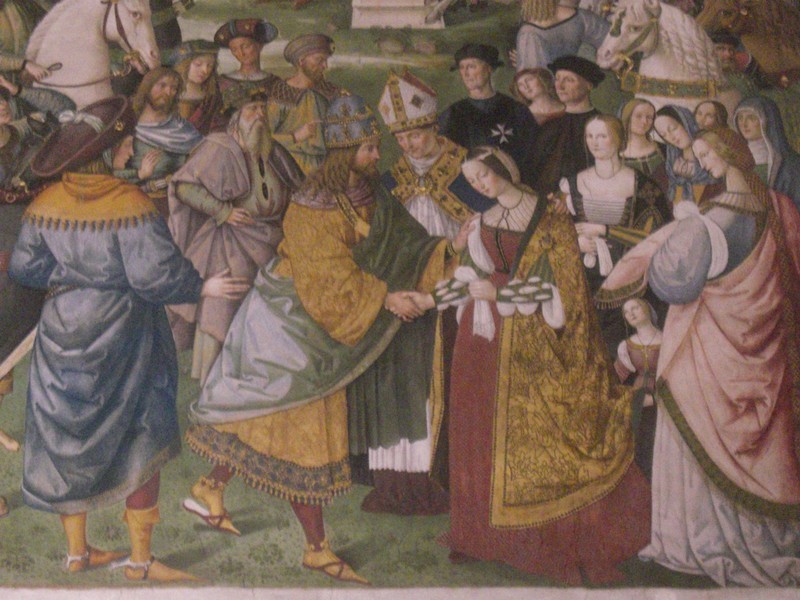 There are some ancient books inside the library, but I was attracted by the beautiful frescoes which depict various scenes of pope Pius II' s life. 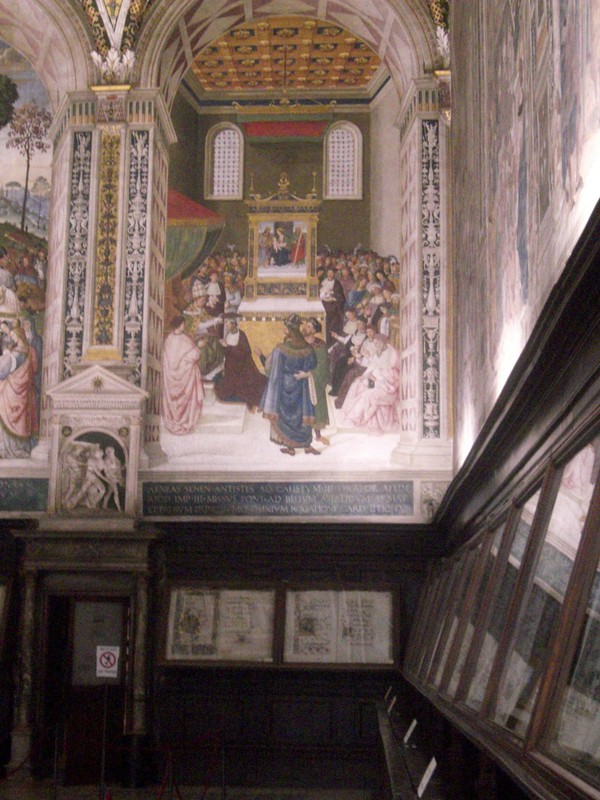 Here you see another picture taken into the library. 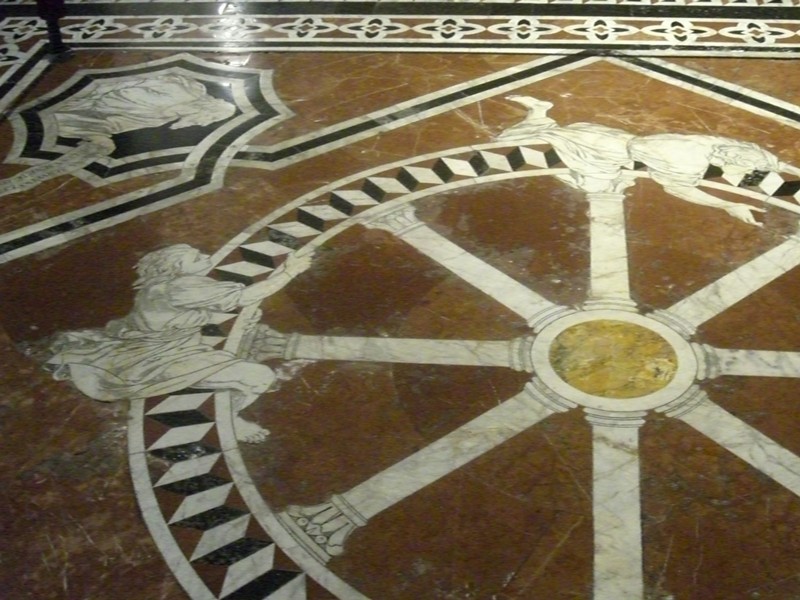 I was lucky enough to find the floor uncovered enough. So I could admire this art work and take some pices. Most of the time the floor is much covered. 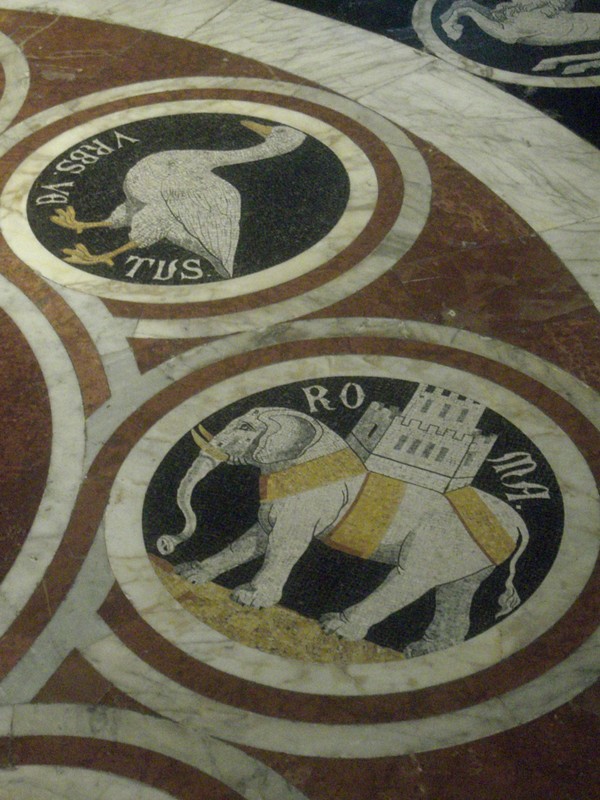 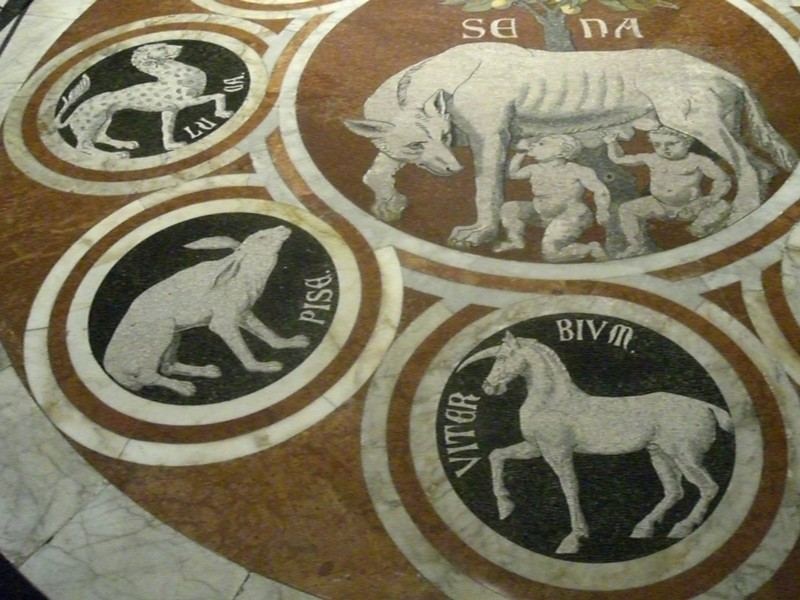 This part of mosaic and the previous two depict the wheel of fortune and the She wolf, surrounded by the emblems of the cities allied with Siena. 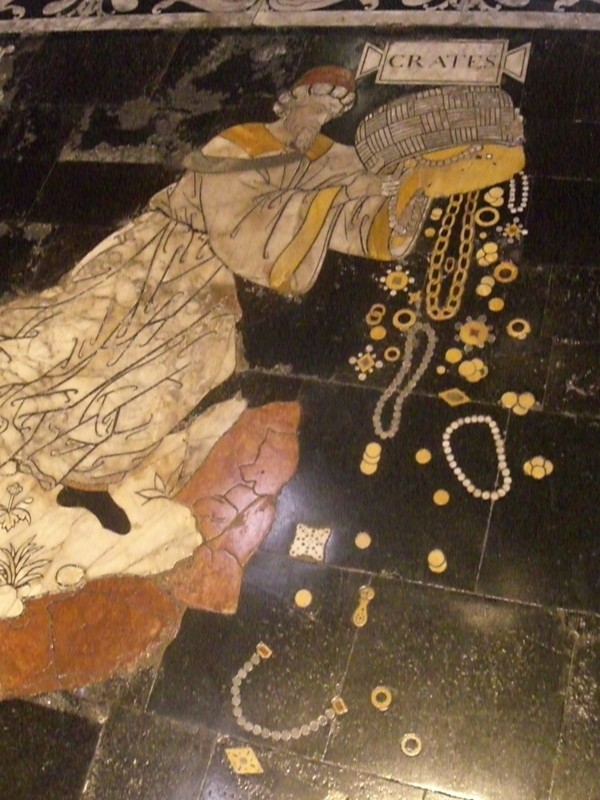 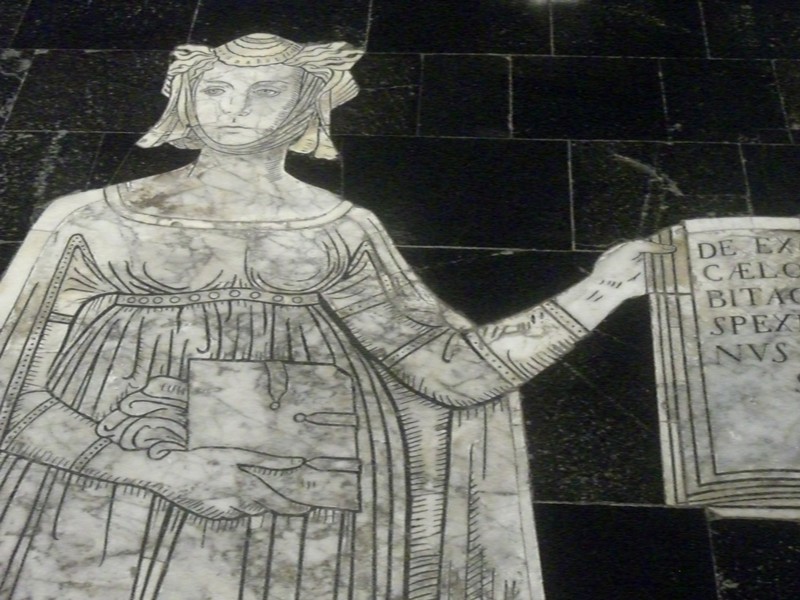 ....One of the many Sybillas you can find on the floor. 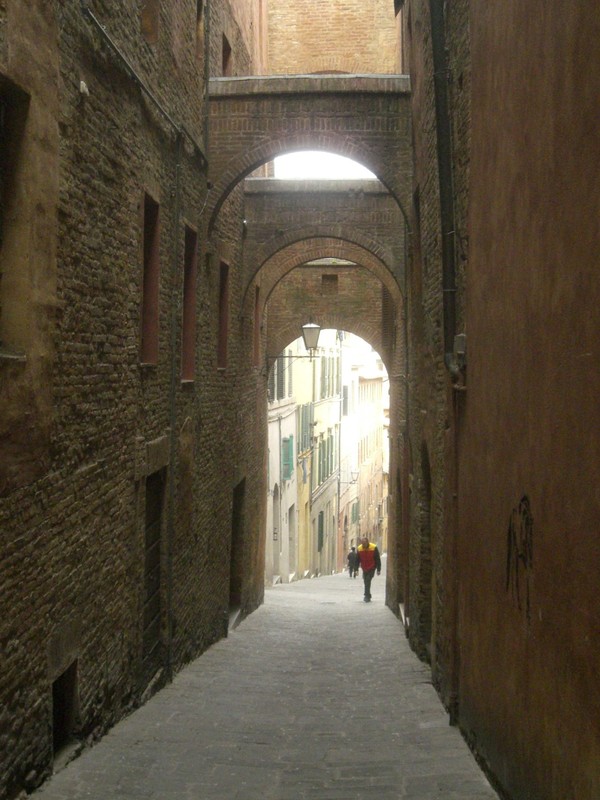 Siena is also made of backstreets and arches. 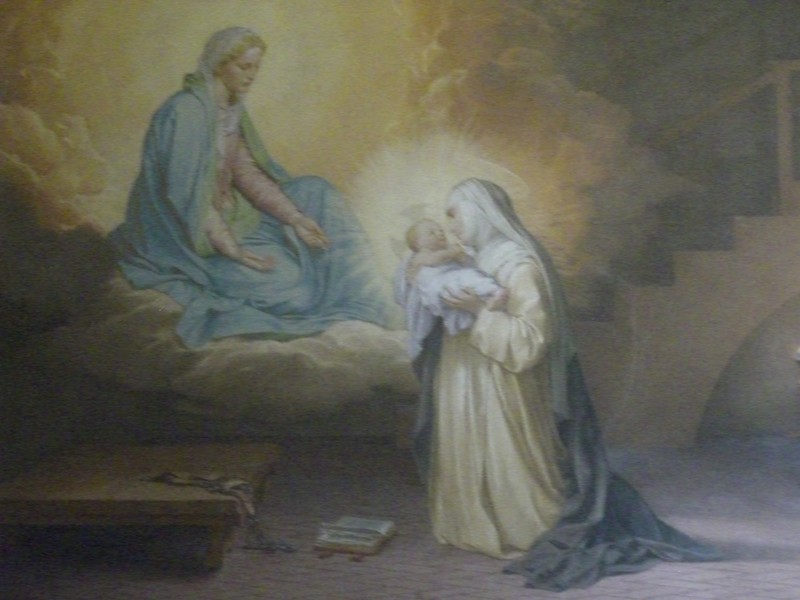 I visited Saint Catherine' s house. Well, It is a place made of a couple of chapels and other rooms built where some rooms of her house were. Here you can see several paintings about the saint' s life and also some of her relics. 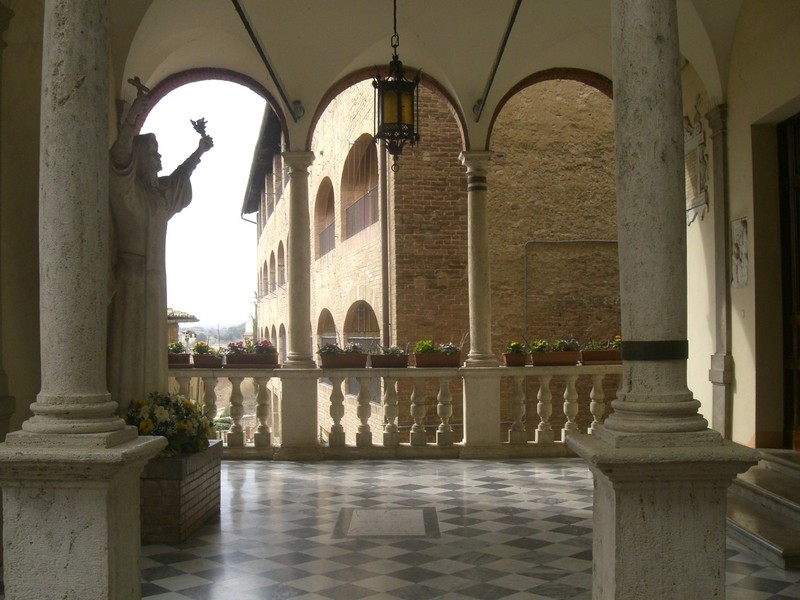 Saint Catherine' s house is really a nice place to spend some time if you visit Siena. 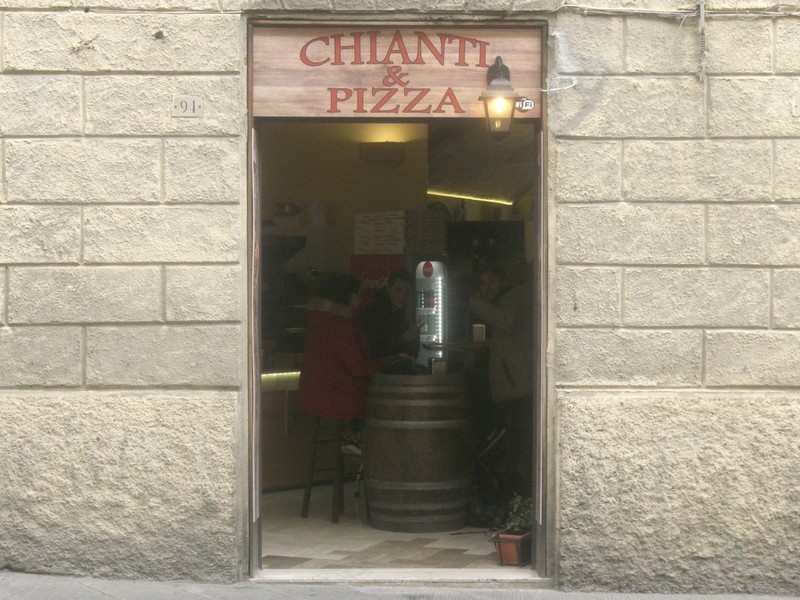 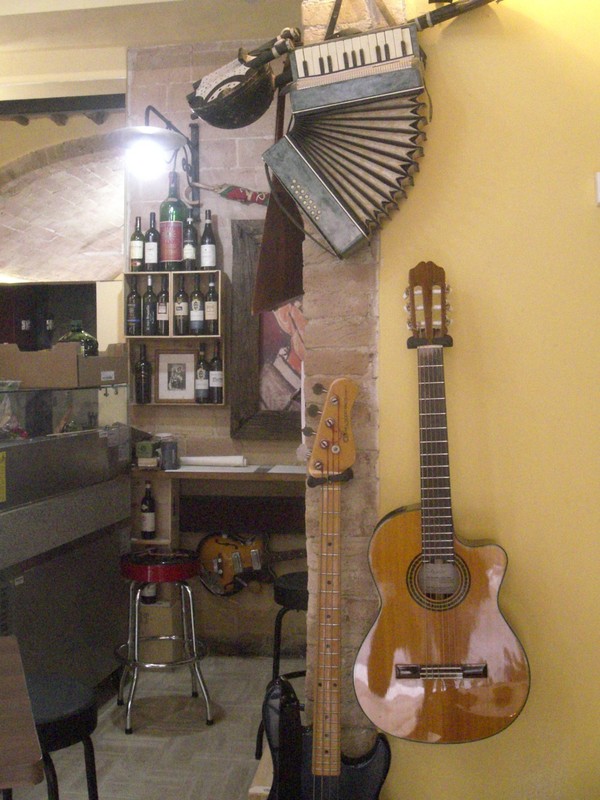 There are some musical instruments inside Chianti and Pizza. These make a nice wall decorations.

After my lunch I headed to Saint Francis' church. It is a large church, but it didin' impress me much. This church houses the skull of Saint Catherine and a real protrait of the saint painted by a friend of her. Unfortunately This painting is located qutie far so it is not possible to watch it properly. 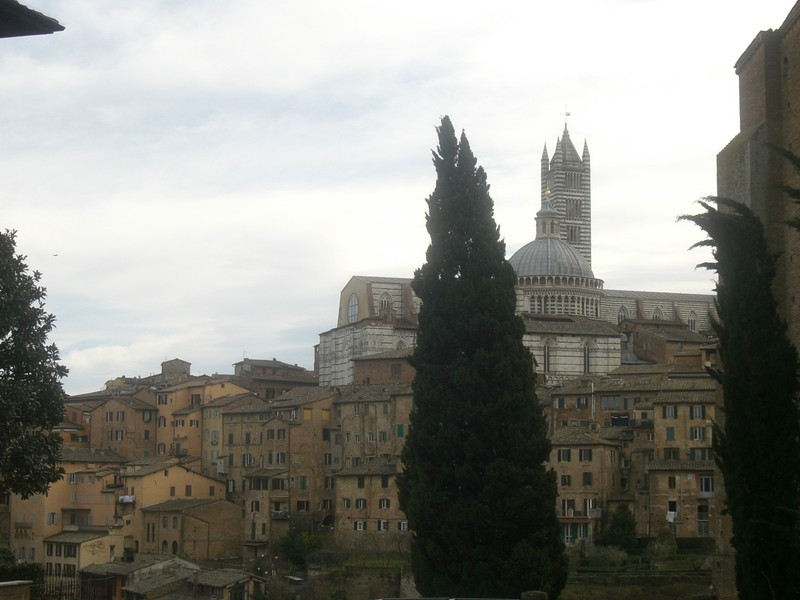 Just outside of Saint Francis' church you can admire this beautiful landscape. 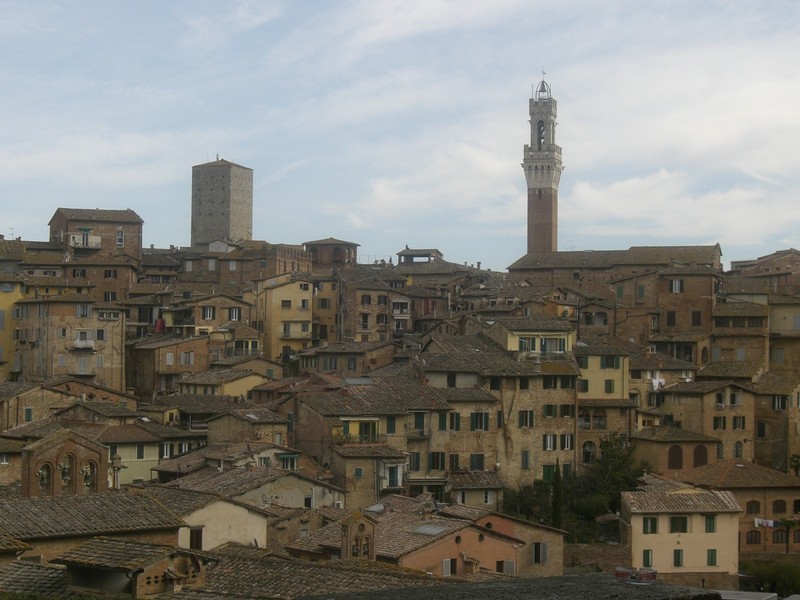 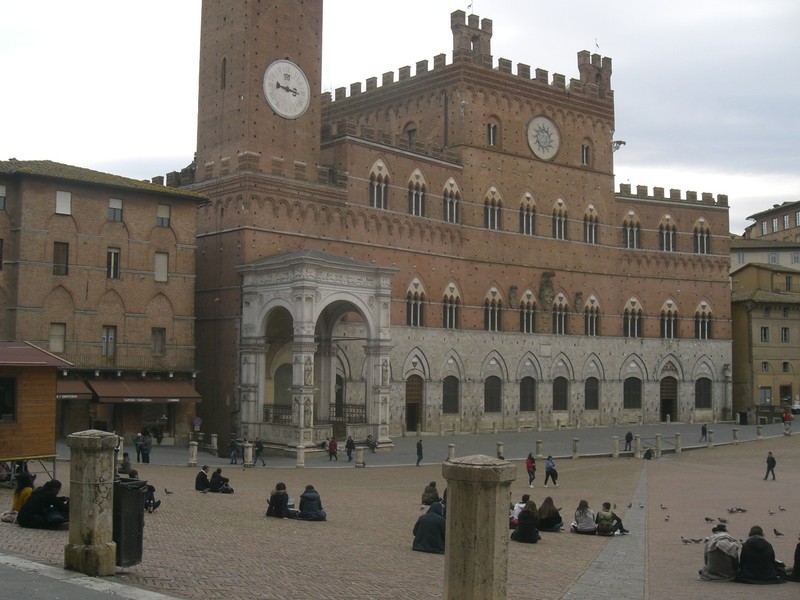 This is the facade of the Palazzo Pubblico. I took this picture late in the evening.

I hope to go back to Siena quite soon! I liked it very much.

We were lucky enough to have the Cathedral floor uncovered when we visited. It is amazing. I loved your photos of all the frescoes. It is such a thrill to look at something and think it was painted so many years ago and is still giving such pleasure. Very nice blog entry.