Long ago I spent some days in Brussels in order to attend a meeting in Kortrijk. This town is around an hour by train from Brussels.

On this post you will see some sights of Brussels. 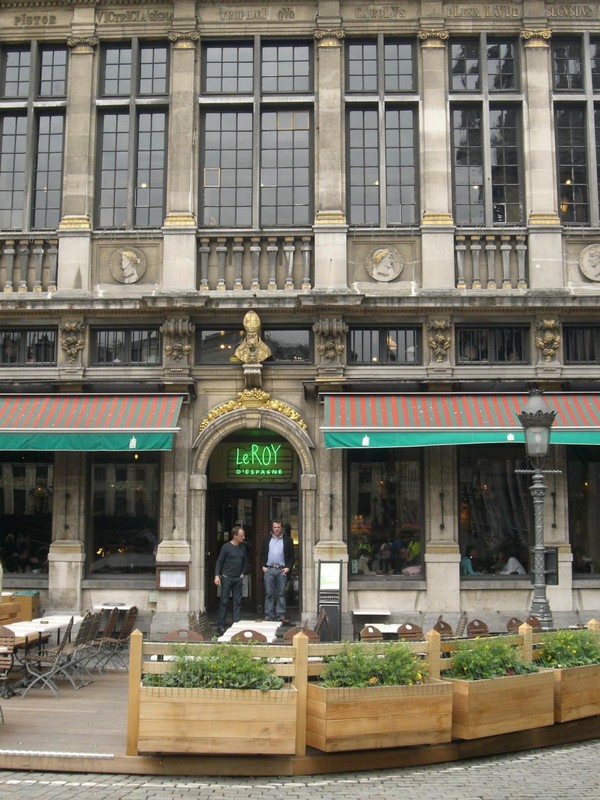 Grand Place, or Grote Markt (in Flemish) is the main square in Brussels. 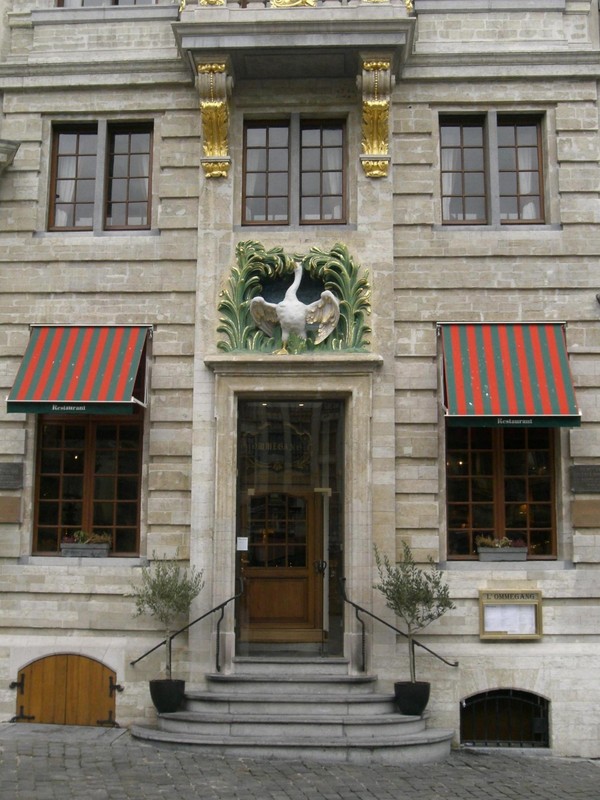 It was first laid out after the construction of the town hall (1402-1455). On august 13th 1695 it was bombed to ruins by the French. In the following four years the city guilds rebuilt it. 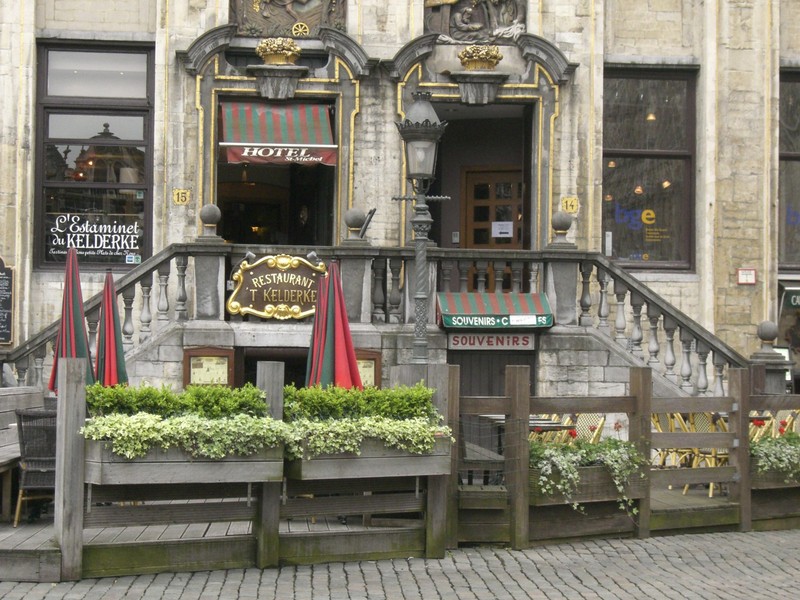 Today it is surrounded by several guild houses from the late 17th century, by the town hall and the Broodhuis (or Maison du Roy). Some guild houses house restaurants or cafes.

The Maison du Roy houses the City Museum. There you can see the collection of costumes of the Manneken Pis. 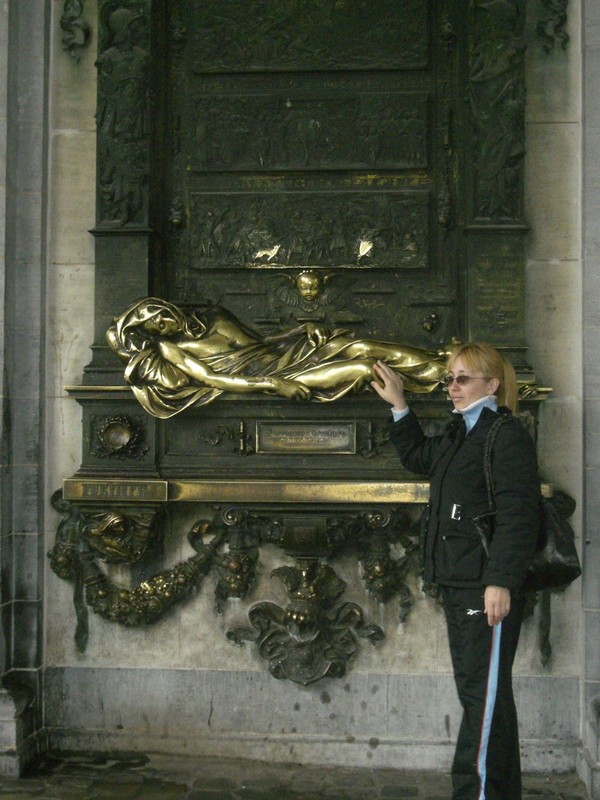 Everard' t Serclaes was a local hero who freed the city from the Counts of Flanders in 1354.

You can find a bas-relief depicting this hero dying to the left of the town hall and under the house where he died in 1388.

This sculpture was made in 1902 by a Flemish artist; Julien Dillen. Rubbing the hero' s arm on this bas-relief will ensure one's return to Brussel and to bring good luck. 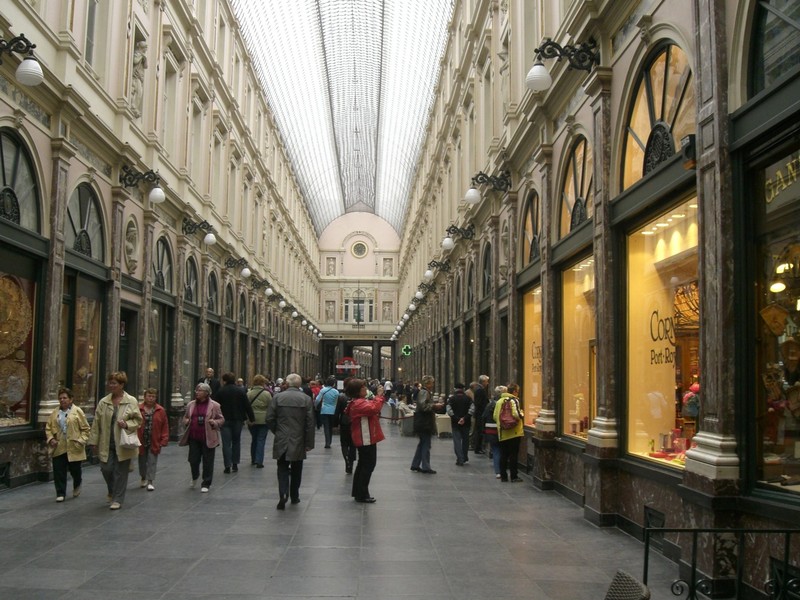 The Royal Galleries of Saint Hubert is a large glass roofed arcade built in 1847. It was the first shopping arcade in Europe. 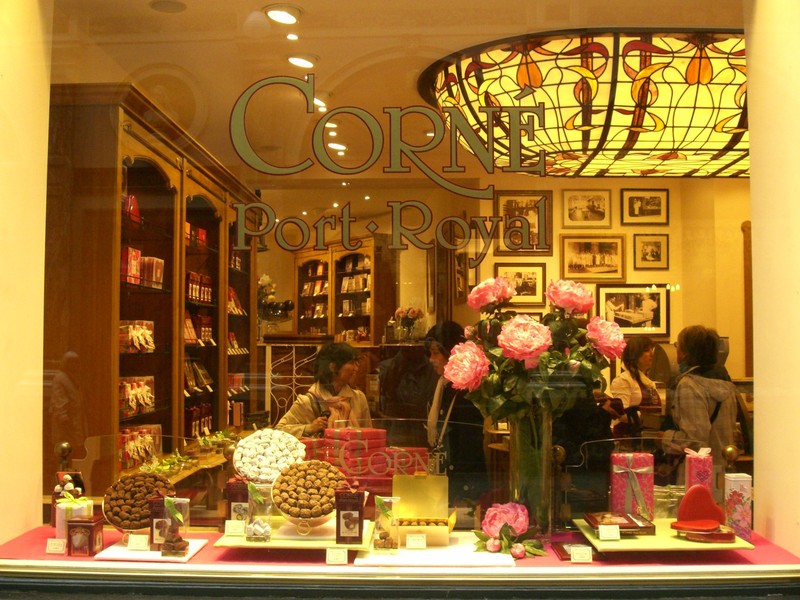 This shopping arcade is lined with more than fifty shops, cafes, some restaurants, a theatre and a cinema. Here you can find some chocolate shops, several boutiques and jewellery stores.

In the past, visitors had to pay to access the galleries. 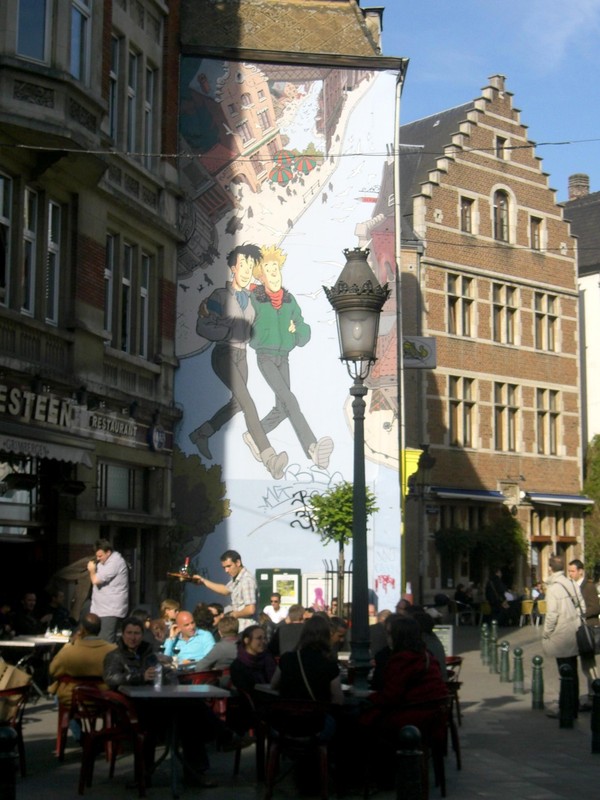 The comic strip route is a path composed by more than fifty comic strip murals which decorate the walls of several buildings in the ciy.

These murals represent many cartoons characters. One of the reasons why these were created was to improve some areas in Brussels. 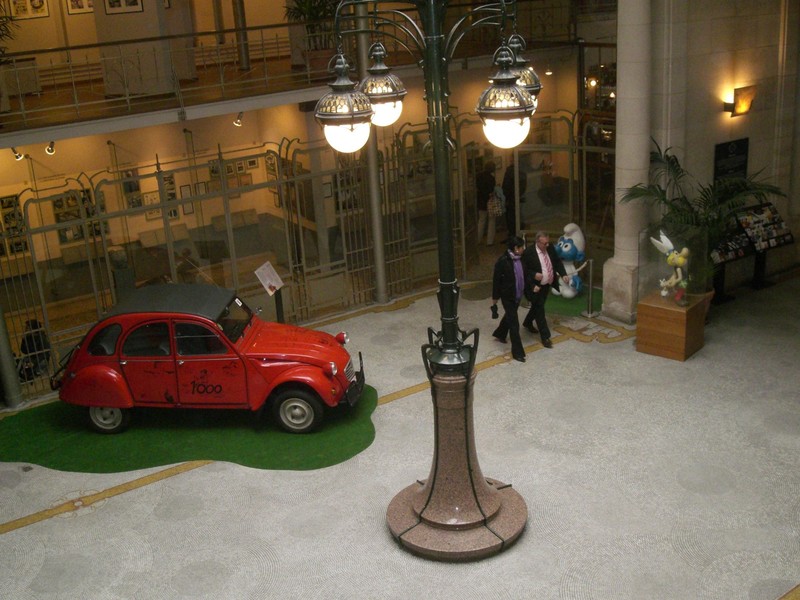 The Belgian Comic Strip Center is a museum dedicated to the Belgian comics. 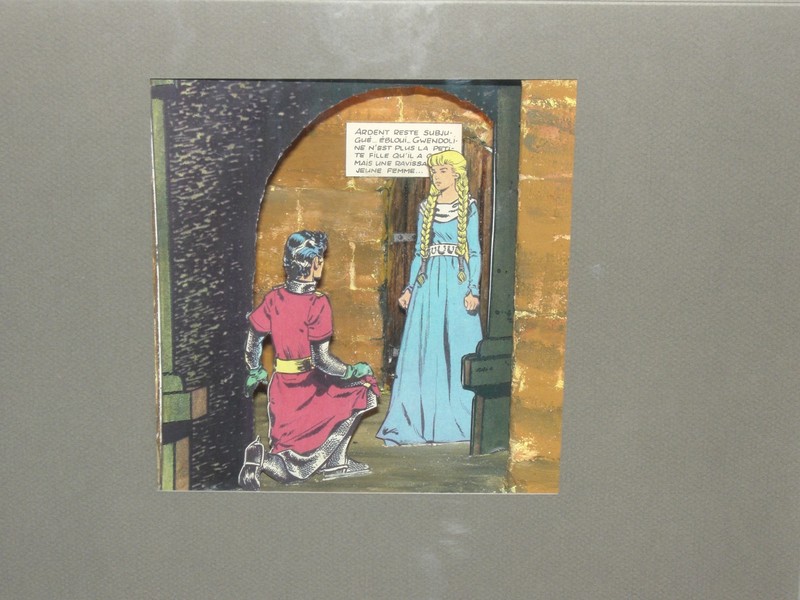 The name of this museum is Centre Belge de la Bande Dessinée. It is housed in a Art Nouveaux building designed by the architect Victor Horta.

Here you can learn about the process of creating a comic strip album. There are several nice three dimensional recreations of strip scenes and other things relevant to the strip art. 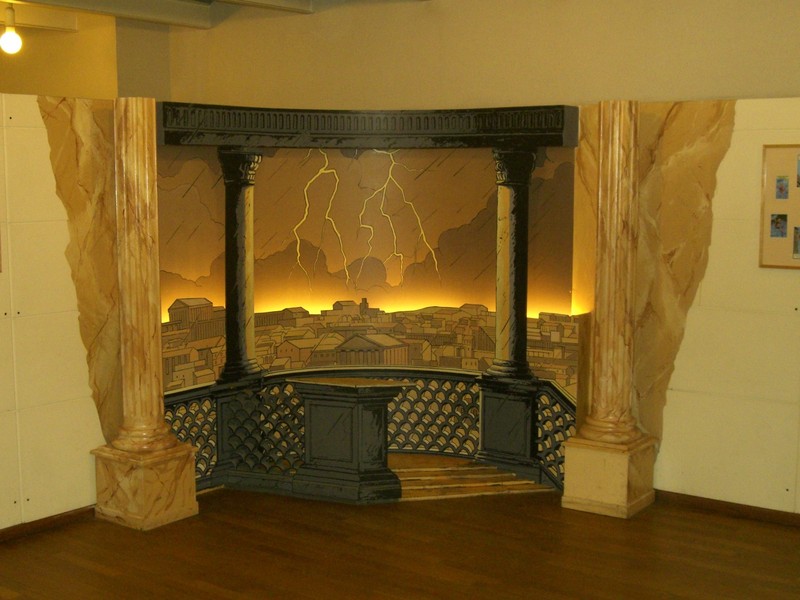 On the ground floor of this palace there is a restaurant, a comics shop and a library. 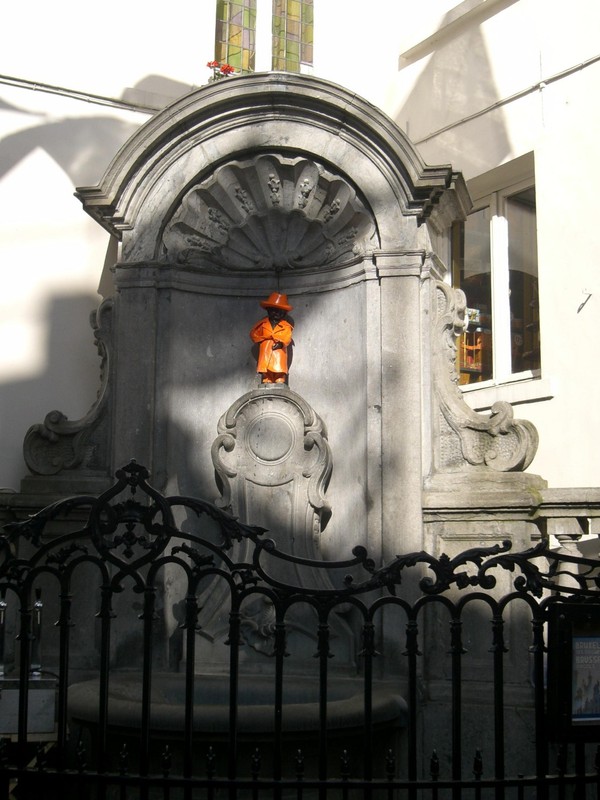 The Manneken Pis is a bronze statuette of a naked peeing boy situated atop a fountain. It was built in 1619.

Sometimes you can see this little boy dressed. He has a rich wardrobe you can see in the City Museum in Grand Place.

There are some legends about it.

According to one of them a witch saw a little boy makings his things against her door. She lived where the fountain now stands. The witch was very angry so that she turned him into a statue.

Another legend says that a man had lost his little son. After two days he found him near the place where now you see the fountain. When the father spotted his child, the latter was peeing. As a token of gratitude the father had the fountain with a statue of a peeing boy built. 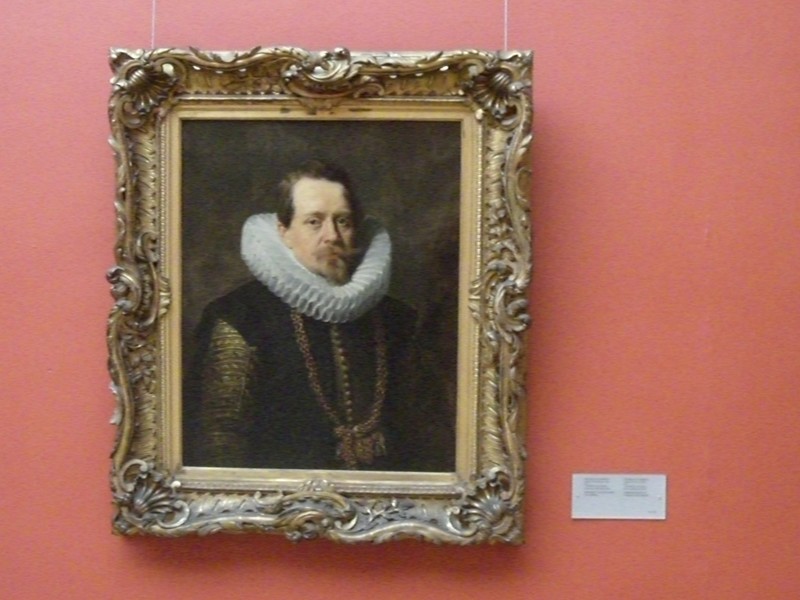 Another museum I visited in Brussels was the Royal Museum of Fine Arts. This museum is divided into two sections; the Museum of Ancient Art and the Museum of Modern Art. 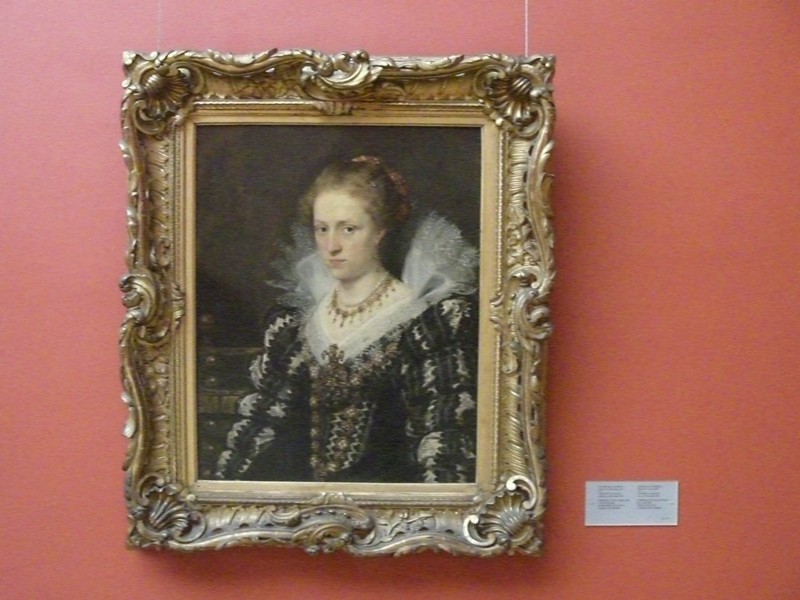 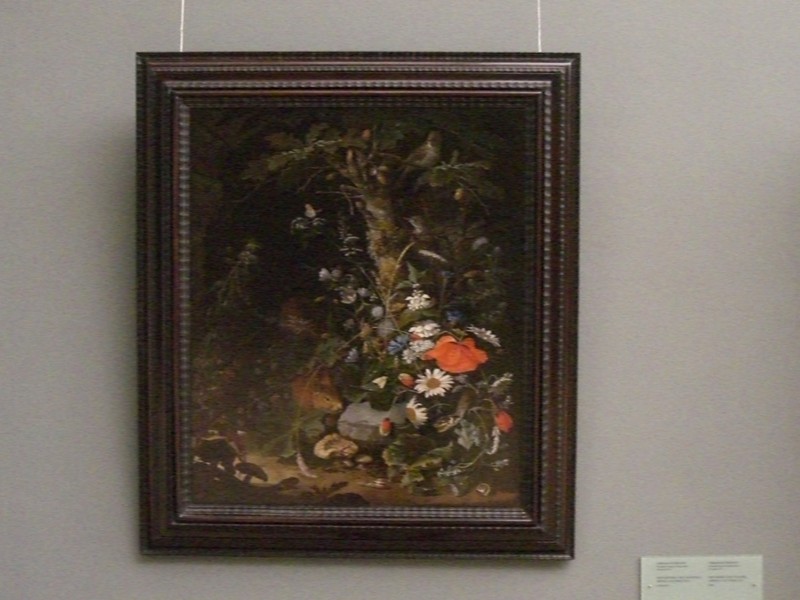 I only visited the Museum of Ancient Art. It houses paintings, drawings and sculptures from the 15th until 18th century. There you can see many paintings by the most famous Flemish old masters, such as Breugel, Rubens and Van Dyck.

At this museum you can also find the Death of Marat by Jacques Louis David; a painting you have surely seen in some school books. 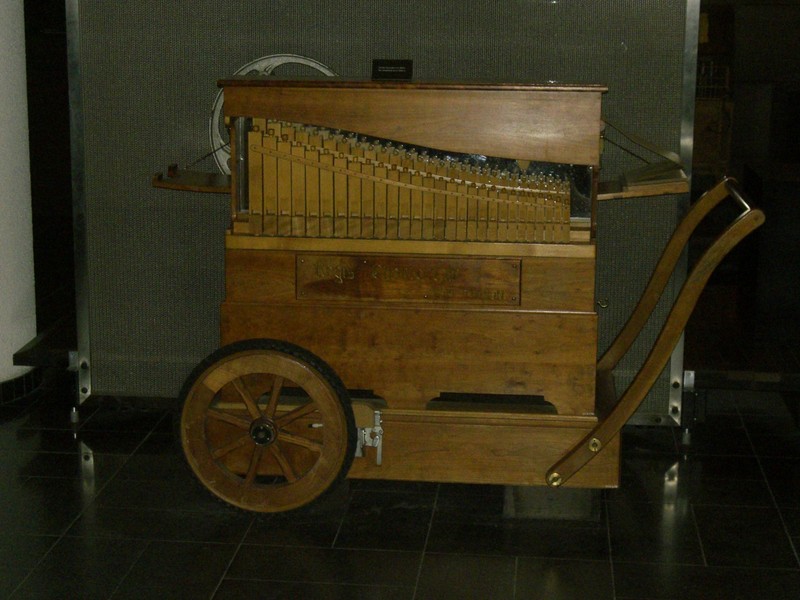 The musical instruments museum is housed in a Art Nouveaux building designed in 1899. It has more than 1.500 intruments from all areas of the world and from all times. These are on display on four floors. 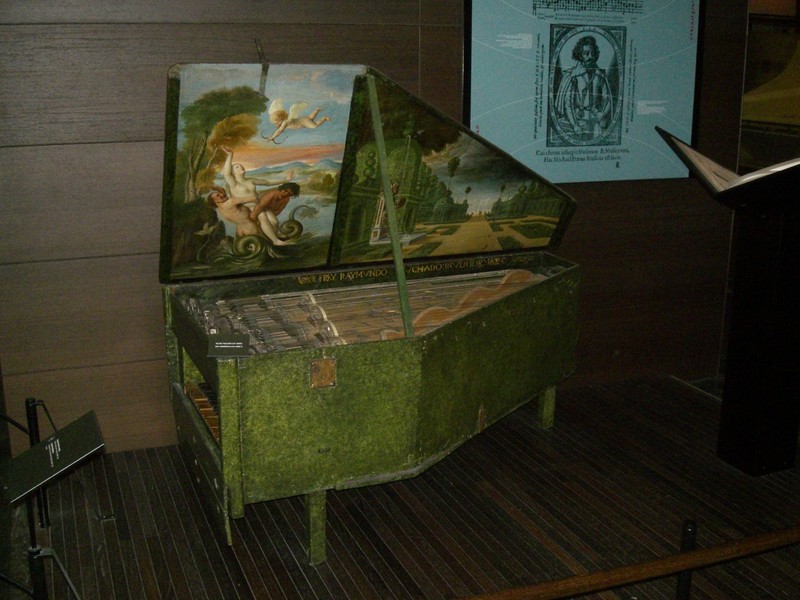 Once you bought your ticket you are given a set of infrared headphones. If you stand besides an instrument; on a spot marked with a headphone on the floor you will hear music played by that instrument on the headphones.

This palace has also a concert hall, a library, a shop and a restaurant on the top. This provides a view over some areas of the city. 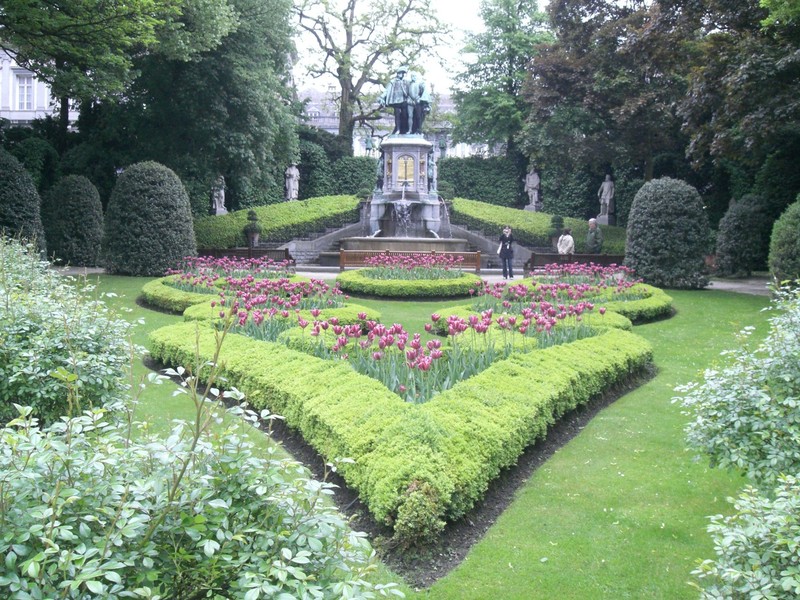 Le Petit Sablon is a nice garden. It is surrounded by 48 statues representing the Medieval guilds of Brussels.

In the center of the square you can see a statue of the counts of Egmont and Hoorne who were executed at the Grand Place in 1568 by order of Philip II of Spain. 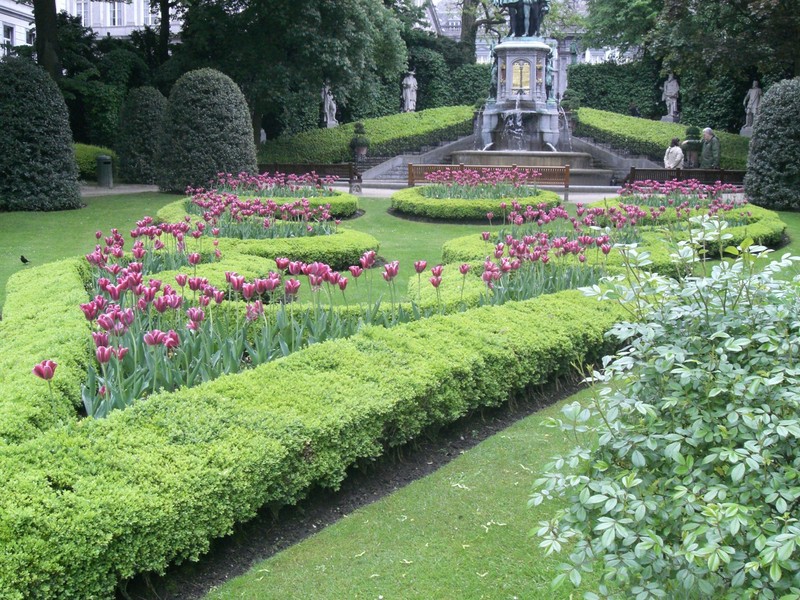 It was originally a horse market. In 1890 it was turned into a garden. 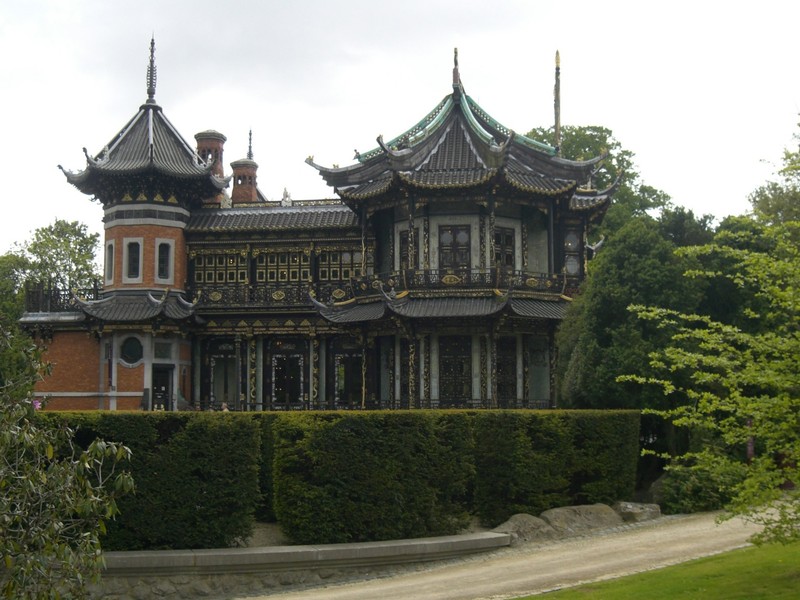 I also a visited a nice museum quite far from the city center; the Museum of the Far East. It consists of a Chinese pavillion and a Japanese tower.

These were commisioned to a French architect by king Leopold II. They are located on the northern corner of the Royal Park in the Laeken area. 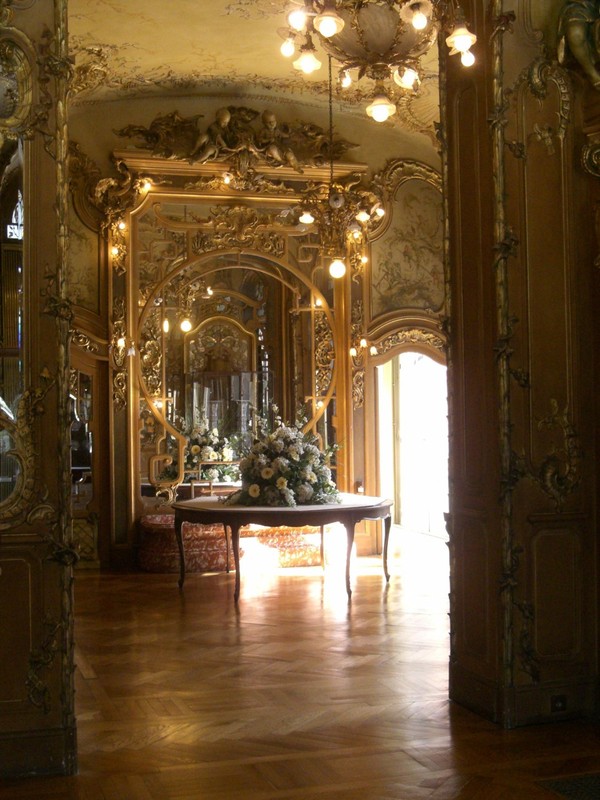 Inside the Chinese pavillion. 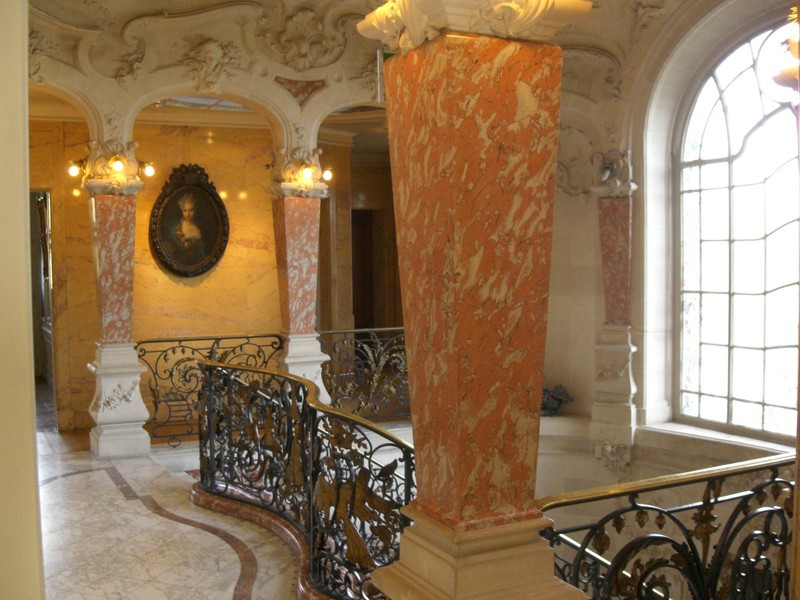 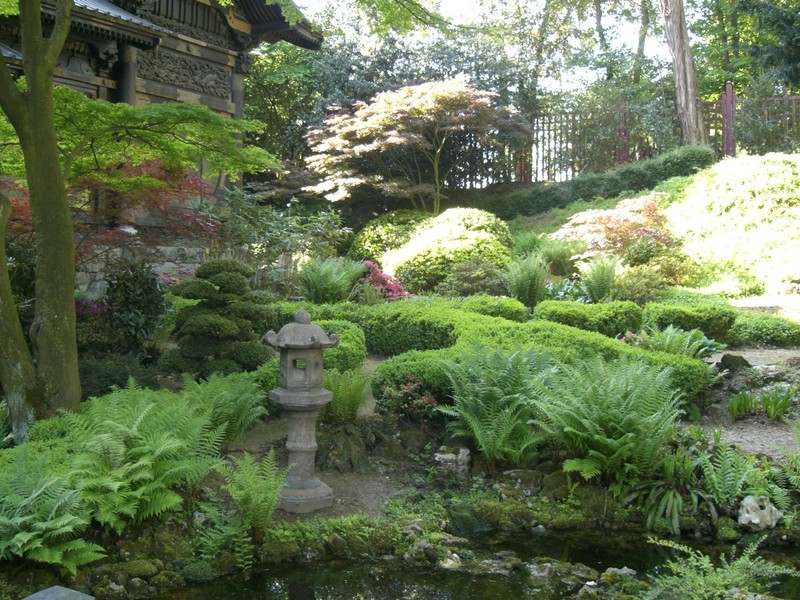 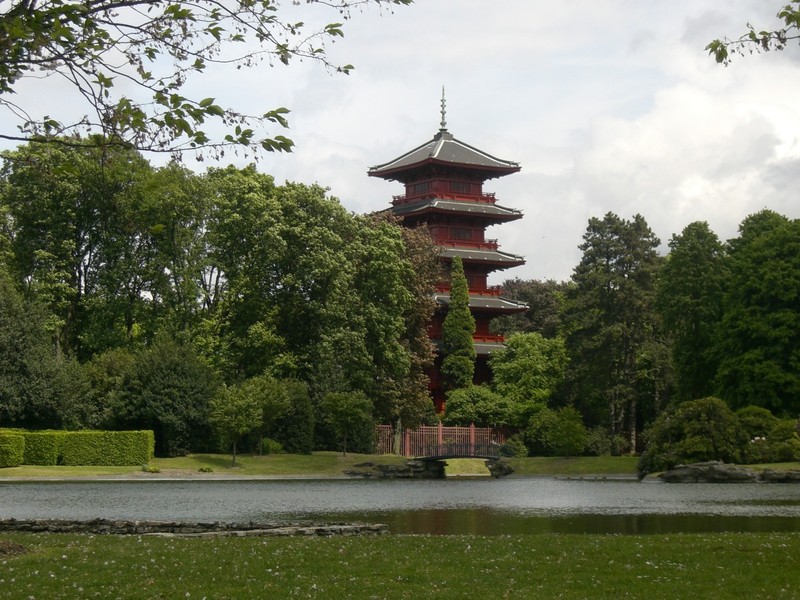 I couldn' t see much inside the Japanese Tower, because only the first floor was opened when I went here. Inside there is a collection of Japanese ceramics.

The Chinese pavilion was originally designed as a luxury restaurant. It has various small rooms richly decorated. There are also various Chinese items here, but what impressed me were the decorations of the rooms.

These buildings seems to be oriental. Only some parts of them came from Japan and China. 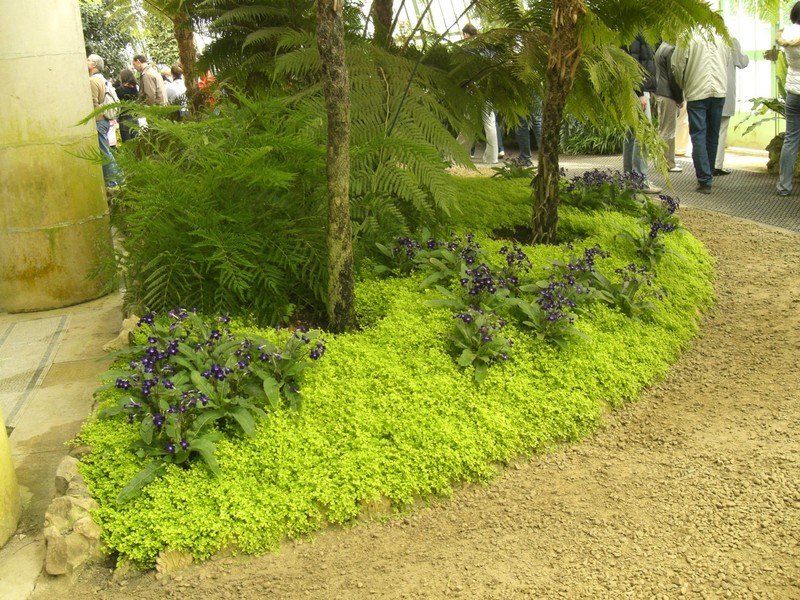 The Royal Greenhouses is a large complex of greenhouses built between 1874 and 1895 by king Leopold II to house his collection of plants from the Congo. They consist of 16 connected greenhouses.

These greenhouses are located in the park of the royal palace of Laeken. 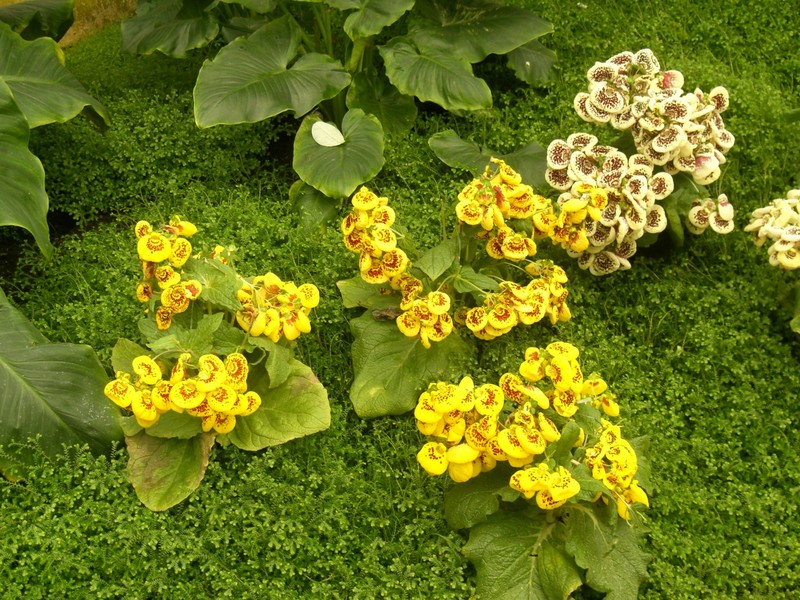 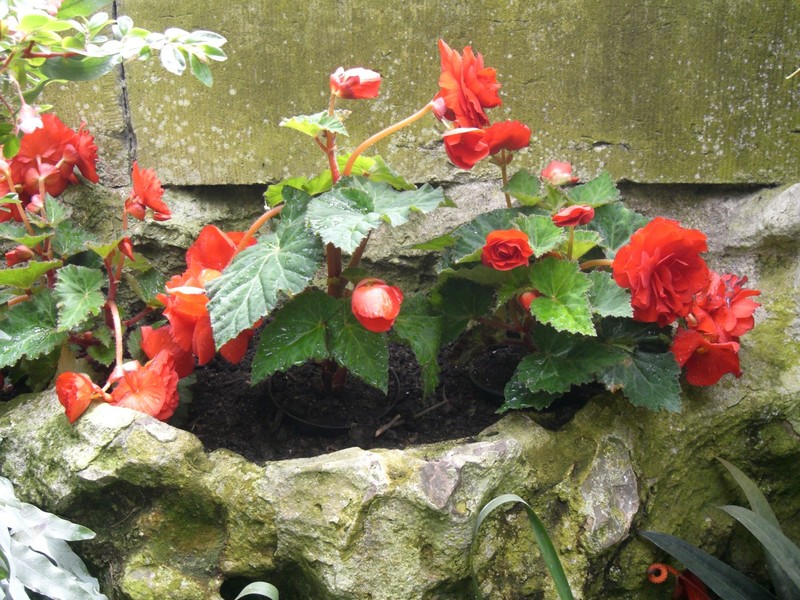 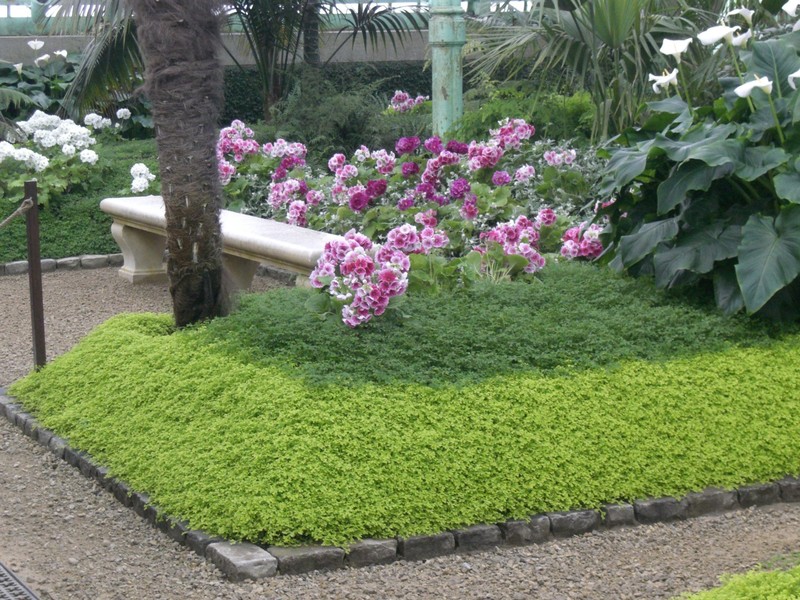 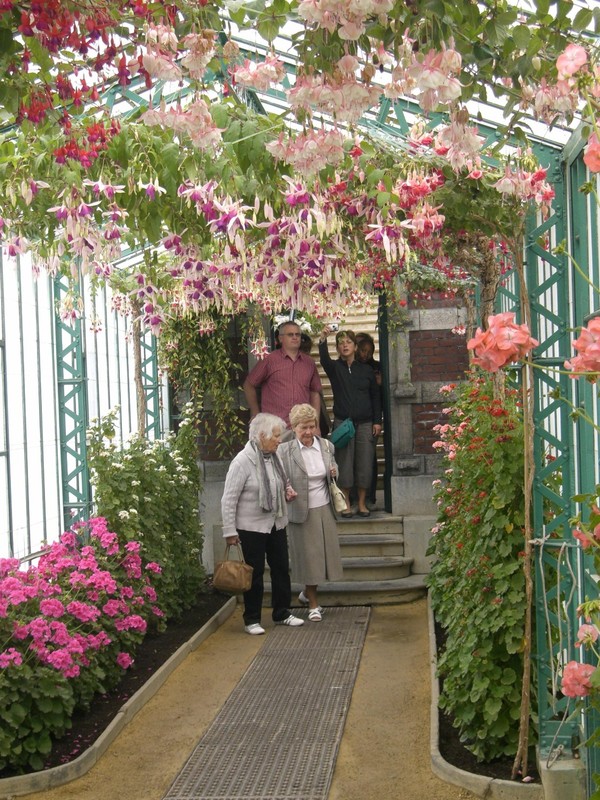 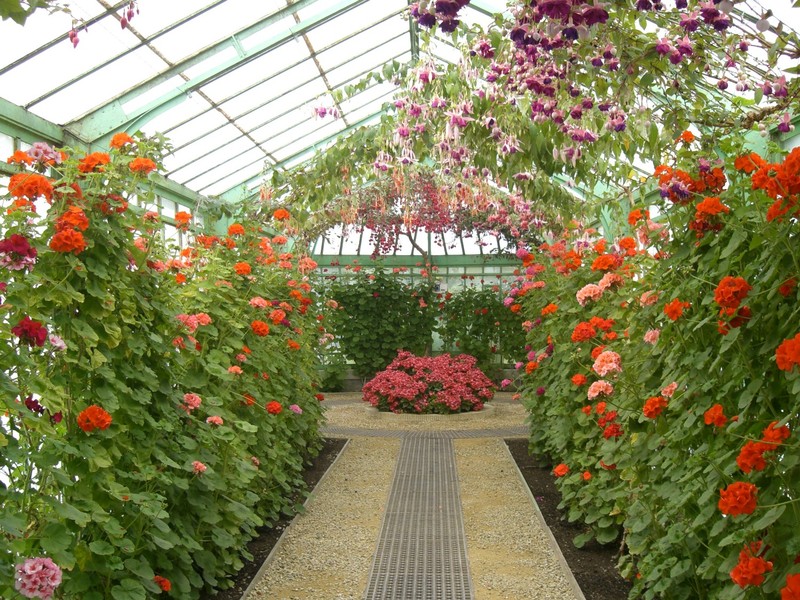 These greenhouse can be visited only for two weeks every year; usually between april and may. This is a tradition has been carried on for a century.

I visted Brussels at the beginning of may, so that I could enjoy those rich collection of flowers and plants.

I have to visit Brussels again, because in this city there are several other things to see and do. I stayed there for six day if my memory serves me well.

This reminds me very much of my VT page I created about Brussels MANY years ago. I had many of the same locations you featured here on my page. Nice to be reminded of the city and also the VT page.

Most of my posts here are the sums of my VT tips.

I did not save my VT pages. I did not think I would want them for anything when the site closed down. Then I regretted it afterwards.

The Royal Galleries of Saint Hubert are spectacular. We've been to Brugge but not to Brussels. I'd love to see the Musical Instrument Museum.

It is a pity I didn't take more pics when I was in Brussels.